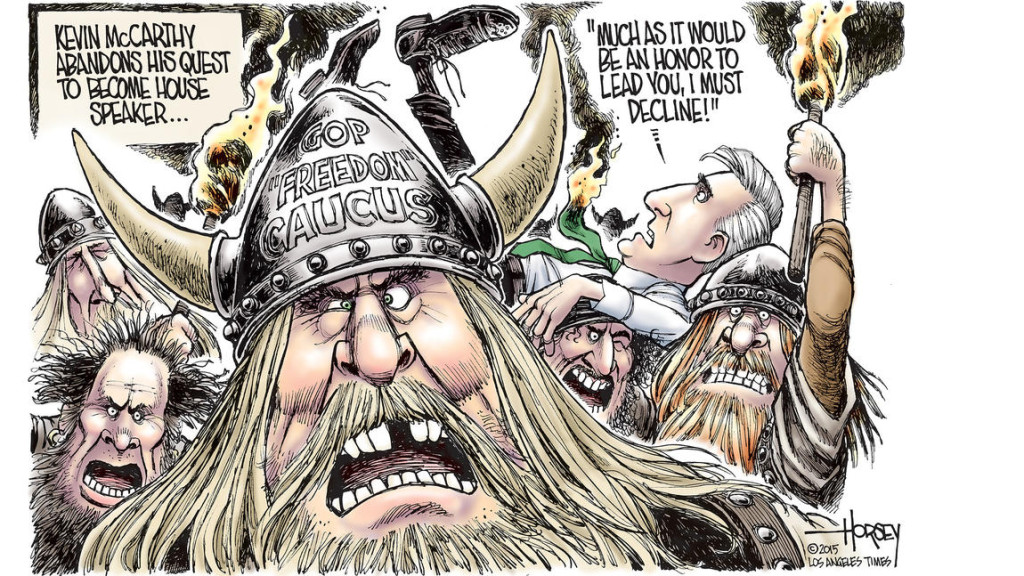 The Freedom (!) Caucus wants things its way. They didn’t want Boehner as Speaker, and Rep. McCarthy either jumped, or was pushed off the platform when his turn to be Speaker arrived.

The Freedom (!) Caucus intends to block both an increase in the debt ceiling and virtually all fiscal appropriations as a way of reigning in the power of our mad usurper, Barack Obama. But, they are nominally Republicans and Republicans are in the majority in the House and Senate. The most important responsibility of the majority in Congress is to raise the money we need to operate the government, and to then figure out how to spend that money.

This is the appropriations process.

One of the advantages of controlling the appropriations process is that you get to add money to the budget to keep the A-10 aircraft, or rebuild a crumbling bridge, or to subtract money from programs you think are immoral, like Planned Parenthood.

But, with today’s fractious Republican Party, no one will get elected Speaker without doing one of two things: Either they promise NOT to pass the appropriations bills, or raise the debt ceiling; or they have to ask for the Democrats’ help in getting the votes they need to avoid a government shutdown.

Whenever John Boehner tried to pass spending bills using just Republican votes, he failed. So he then went to Nancy Pelosi and asked her to get some Democrats to vote to keep the government open, and the Democrats supplied the votes. But, the Freedom (!) Caucus is done with Republicans who do not demonstrate the right level of ideological purity, so they will search for a Speaker who will make a show of not passing appropriations bills, while they wait (and hope) that the Democrats cave in to their demands, like defunding Planned Parenthood and the Affordable Care Act.

The Nobel Prize for small particles was awarded, but the GOP is still experimenting:

A week with three more mass shootings. How much longer America?

And the mess in Syria gets messier: 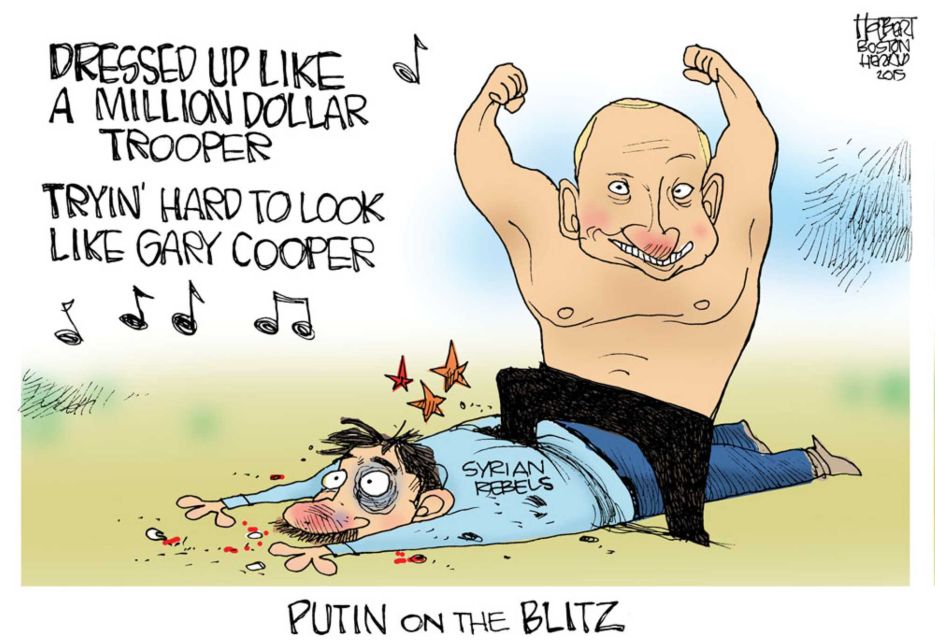 The Editorial in the NY Times on Saturday hit the nail on the head:

The Obama administration’s $500 million initiative to train and arm so-called moderate rebels to take on the Islamic State never seemed promising when it was rolled out last year. Having acknowledged that this plan has failed — largely because Syrian opposition groups are more interested in taking on President Bashar al-Assad — the White House on Friday unveiled a plan that is even more incoherent and fraught with risk.

The Pentagon will stop putting rebel fighters through training in neighboring countries, a program that was designed to ensure that fighters were properly vetted before they could get their hands on American weapons and ammunition. The new plan will simply funnel weapons through rebel leaders who are already in the fight and appear to be making some headway.

The initial plan was dubious. The new one is hallucinatory, and it is being rolled out as the war enters a more perilous phase now that Russia has significantly stepped up its military support of Mr. Assad’s forces.

We have no strategy for Syria, and never have had one. Obama was hoodwinked by the Saudis, the Gulf States and our domestic neo-cons into supporting the Free Syrian Army option, followed by the “moderate” Islamist option.

Now, the strategy is to just flood the zone with arms. This by a guy who won a Nobel Peace Prize. Pathetic.

Boy, that $500 million would have been useful for something else in the budget. Too bad we pissed it away. Oh wait! Let’s raise the debt ceiling without an actual budget then we don’t have to worry about it.

Sadly the government has been allowed to move ahead without any financial repercussions. They have gotten used to the idea of borrowing more money to cover their, and I mean all politicians, misadventures. Can someone PLEASE bring back something that resembles fiscal responsibility? I’d even settle for Slick Willy and Gingrinch.