For the Democrats, the mainstream candidate now looks quite likely to take the nomination, while on the Republican side, the insurgent appears to be the one who will be the nominee. The Sanders Democrats will fall in line behind Clinton for the general election, because they know that no issue in this election trumps judicial philosophy, and the nation can’t survive another Scalia.

Here’s why: Federal judges have great power over our democracy. We could review many of Scalia’s decisions, but let’s just focus on three:

The judiciary controls many, many aspects of our lives; therefore, the importance of having federal judges who reject far right-wing ideology cannot be overstated.

On to cartoons. Who will walk in Scalia’s shoes? 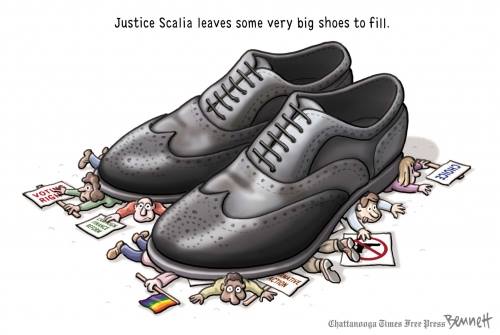 Obama has about as much chance of getting a Supreme Court nominee approved by Senate Republicans as he does of convincing the average GOP voter that his Hawaiian birth certificate is genuine: 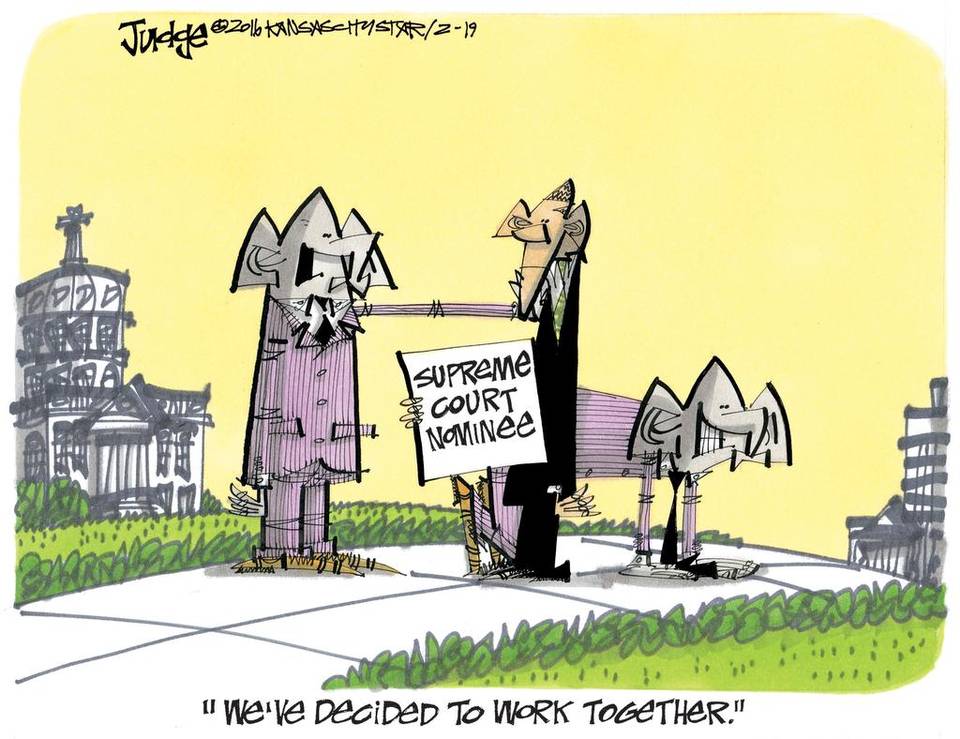 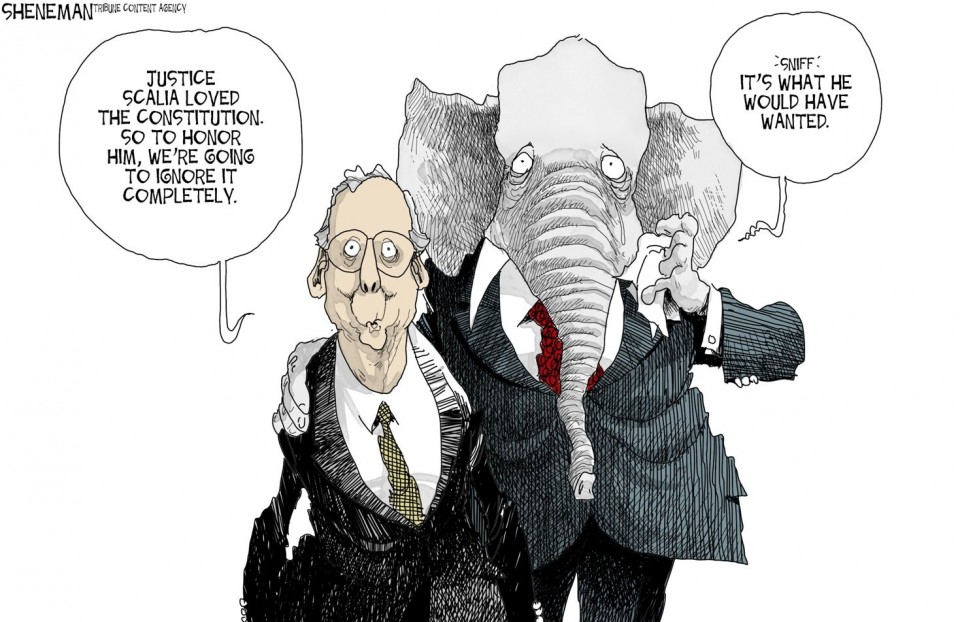 Obama gets a lesson in the Senate’s Advise & Consent process: 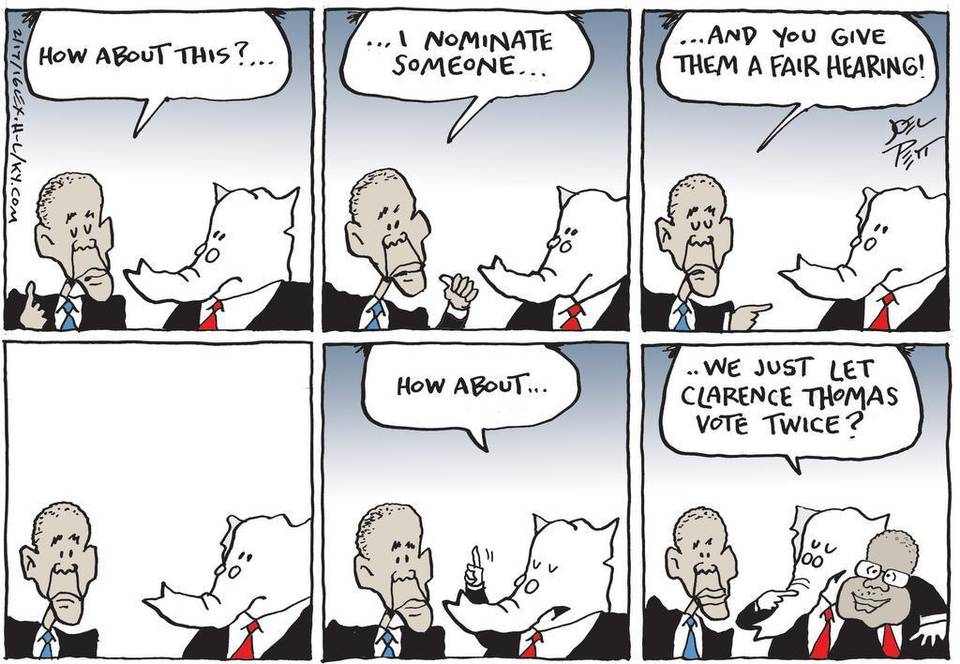