Five weeks into the Trump Ascendancy, and things look worse than ever. Wrongo has not had much time for the Trump/Russia conspiracy. If anything beyond the DNC hack surfaces, we can discuss the possibility of election interference. But as of now…unpersuaded. That is, until this coincidence occurred at CPAC: 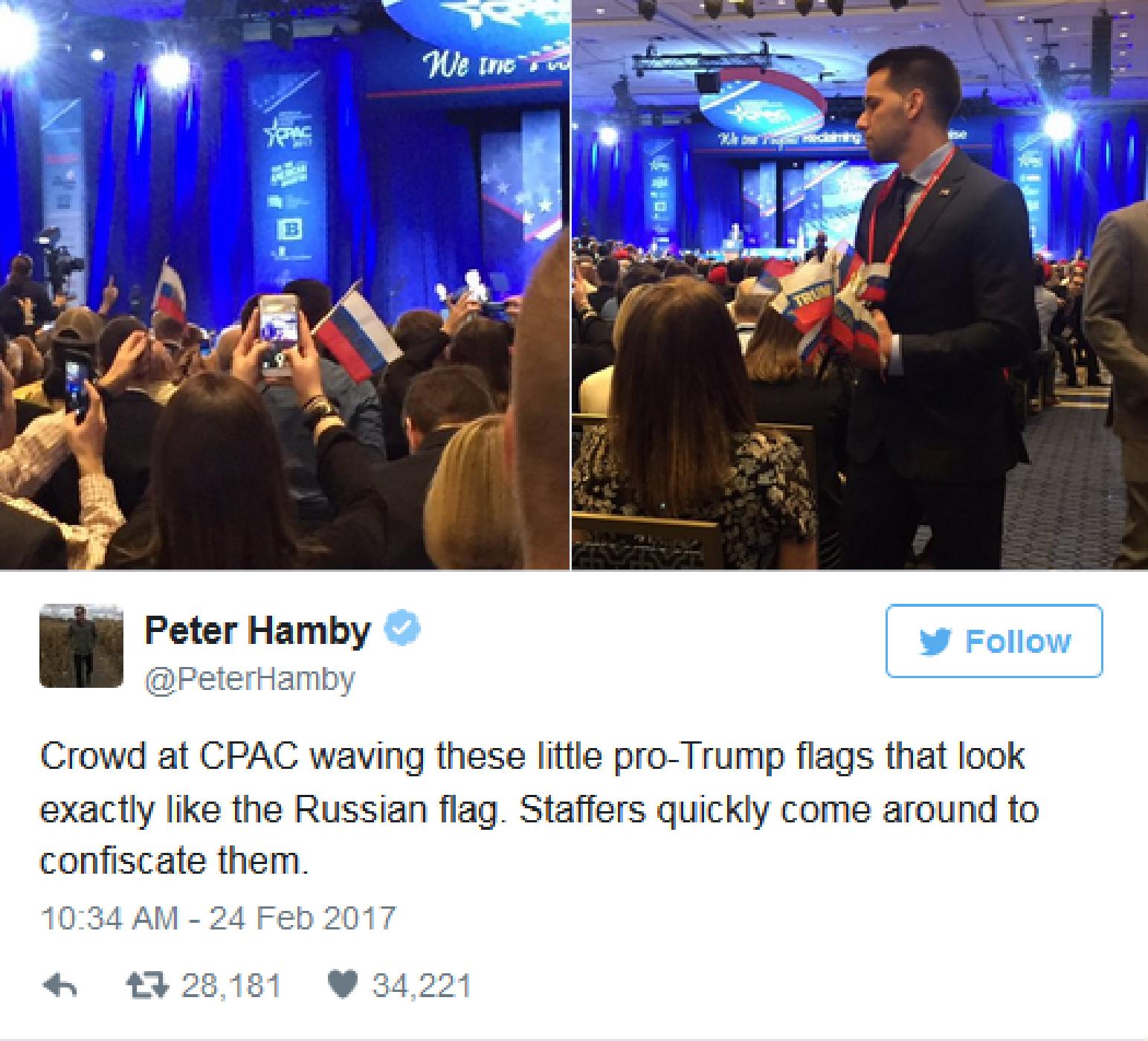 Jason Charter, 22, and Ryan Clayton, 36, passed out roughly 1,000 red, white, and blue flags, each bearing a gold-emblazoned “TRUMP” in the center, to an auditorium full of attendees waiting for President Trump to address the conference. Audience members waved the pennants—and took pictures with them—until CPAC staffers realized the trick: They were Russian flags.

The stunt made waves on social media, as journalists covering CPAC noticed the scramble to confiscate the flags. It was a gutsy and (mostly) harmless gag, unless you count the damage to Conservative egos. That the gag was carried out by two people who should fit the neo-con profile for Normal and Safe shows that the tribe cannot tell members from interlopers. 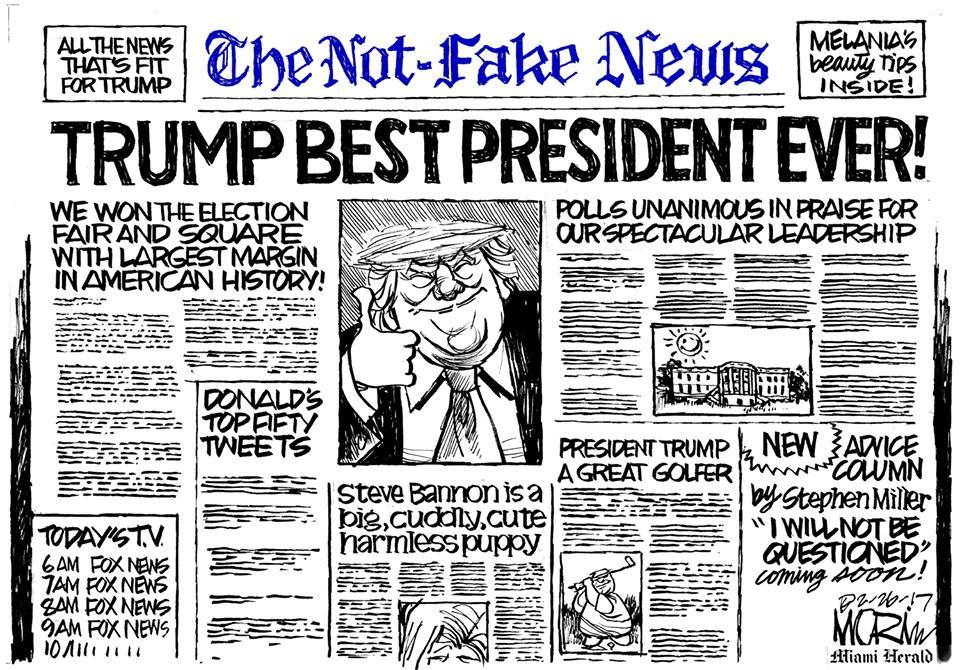 It is more important than ever to know who the real enemy is: 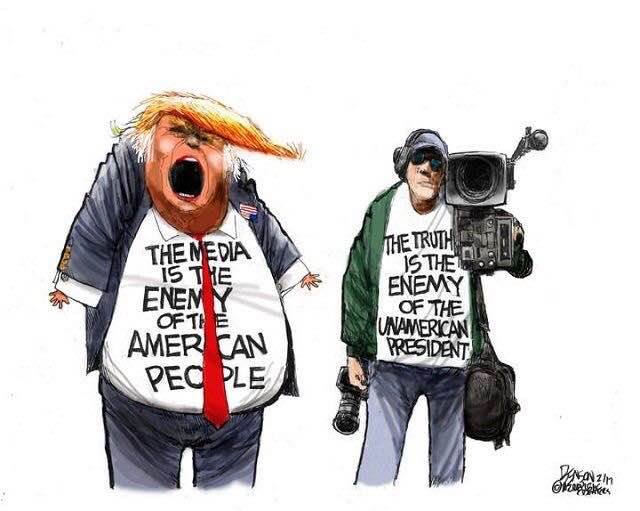 Kim Jong-Un channels the Donald, and there are surprising similarities: 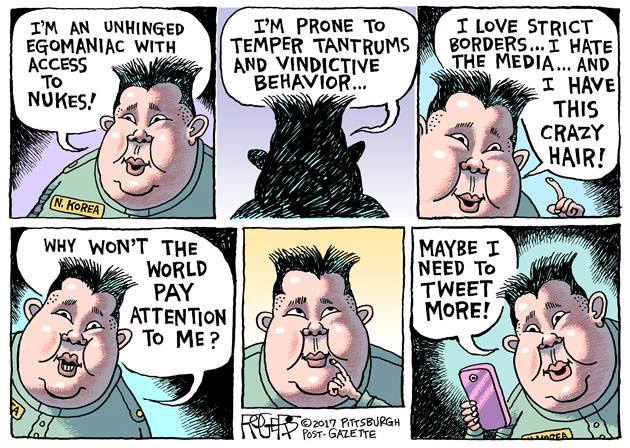 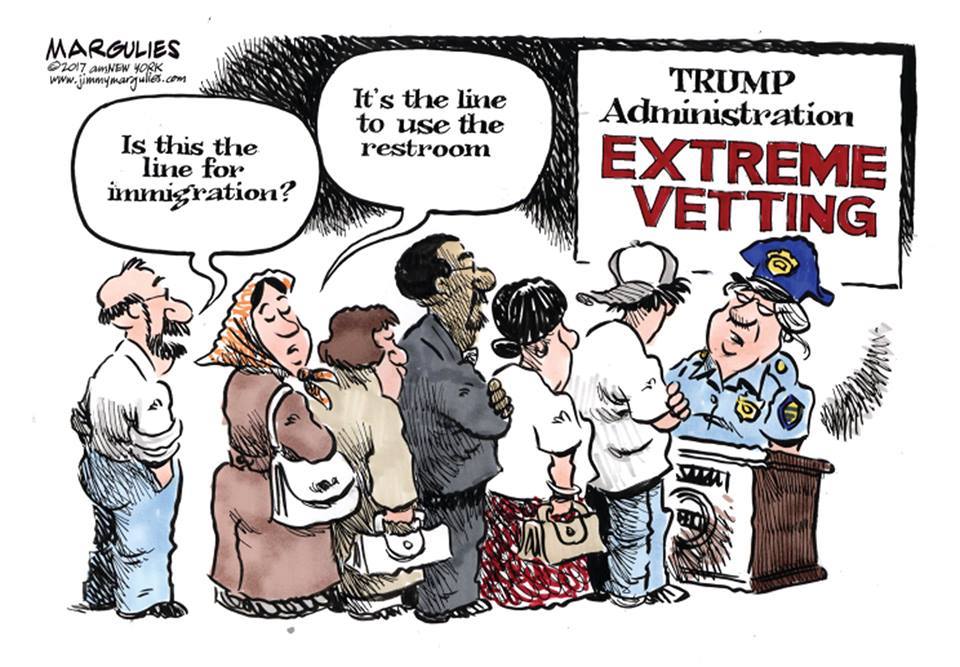 GOP Congresscritters are terrorized about meeting their constituents: 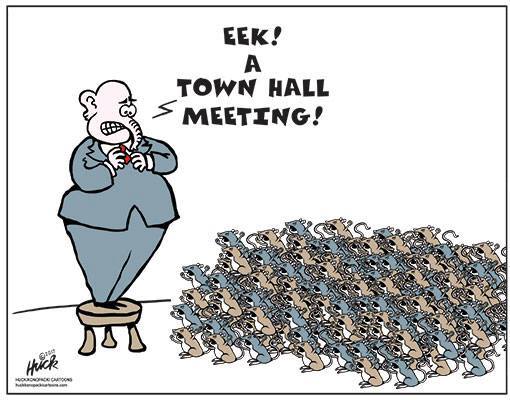