Pundits were all over the tube and Twitter after the meeting between Donald Trump and Vladimir Putin on the sidelines of the G20 meeting in Hamburg Germany. They were yelling into the echo chamber, speaking about handshakes, the body language of the principals, and what the deeper meaning of each told us about the meeting.

What did it mean that Trump didn’t body-slam Putin about Crimea or US election meddling? What did it mean when they spoke for two and a quarter hours when the meeting was scheduled for 30 minutes?

Wrongo is glad that these two world leaders took the time, and then some, to talk to each other. He hopes they do so regularly. The world isn’t a better place when they are not talking, despite what pundits or politicians say.

On to cartoons. Trump is unaware of the irony in what he sometimes says: 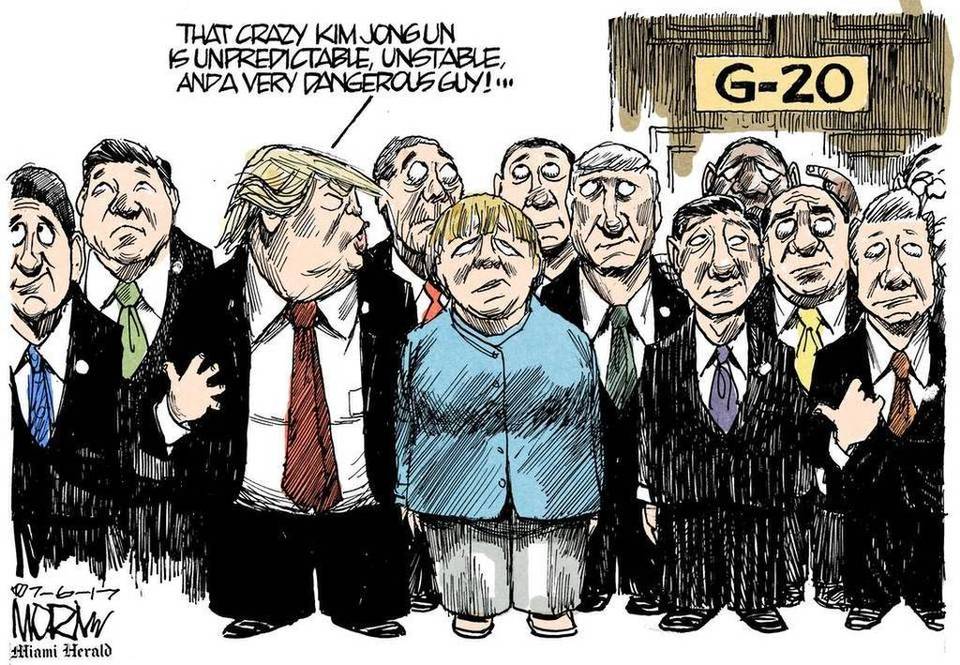 The GOP is still searching for a health care bill that they can pass: 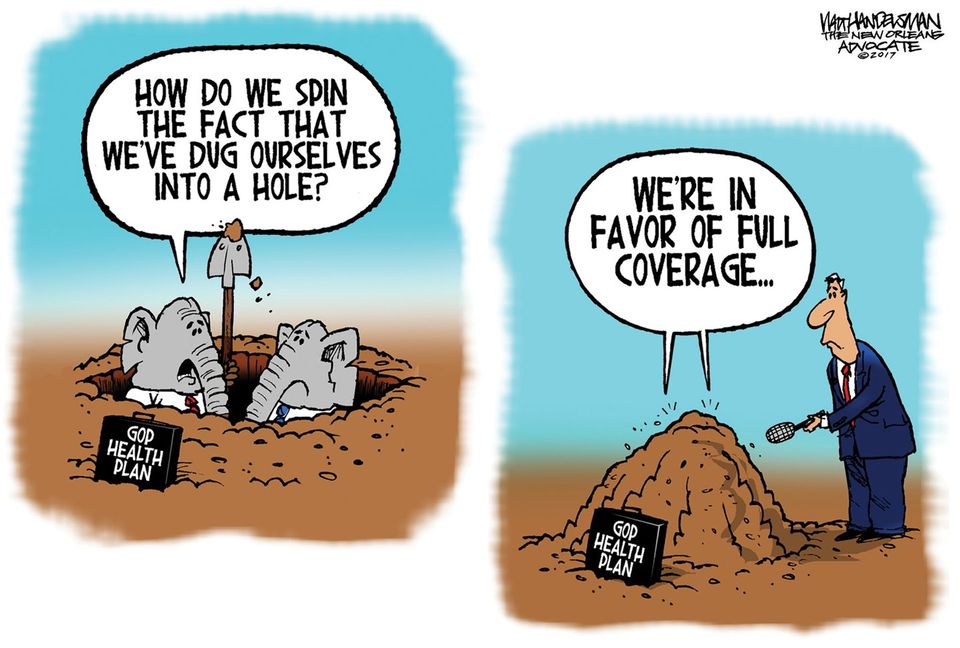 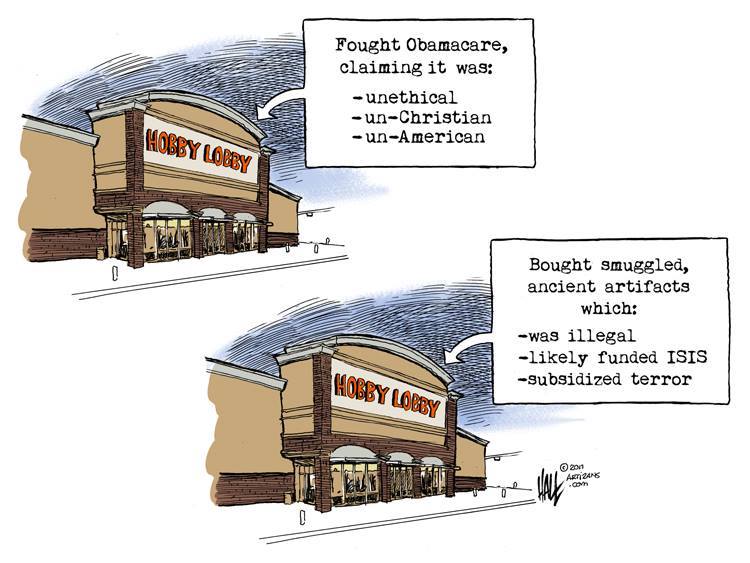 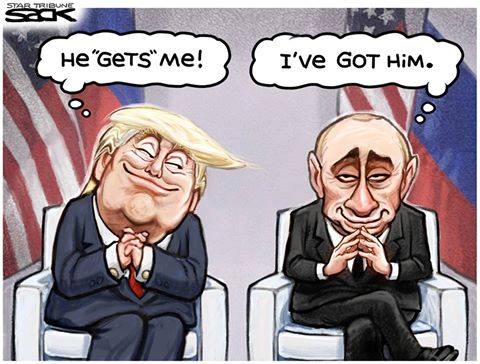 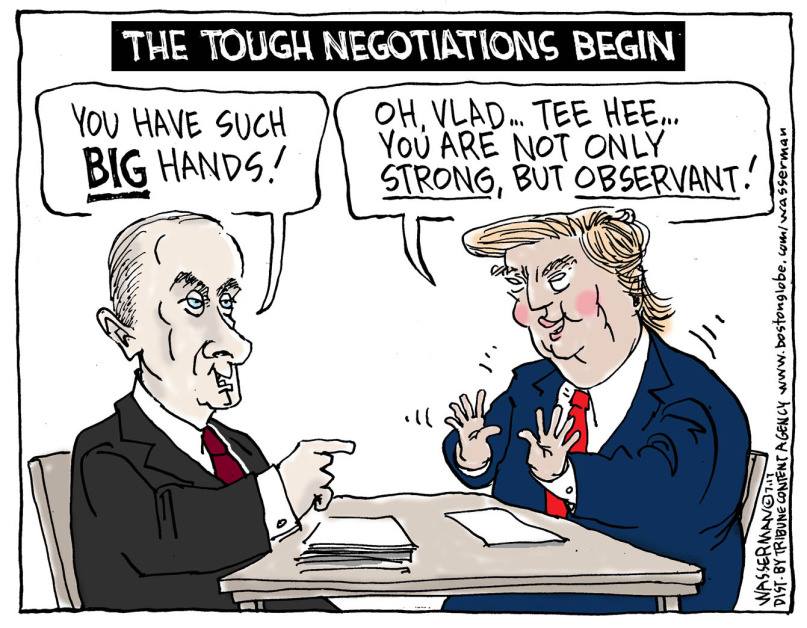