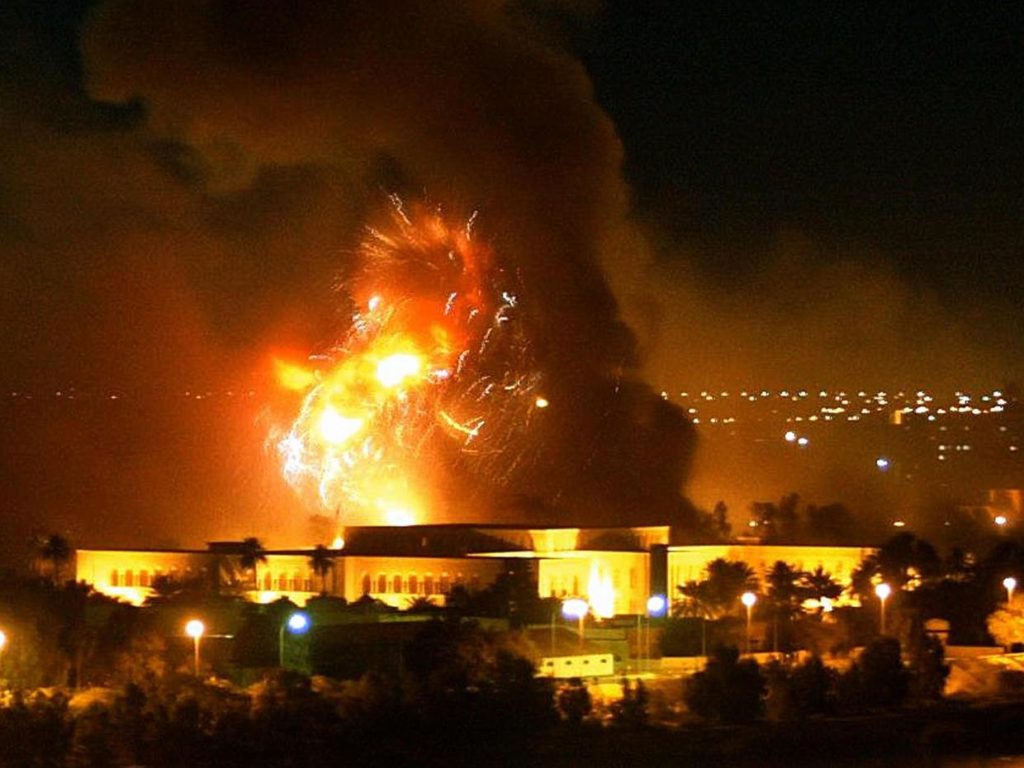 In March 2003, a US-led coalition invaded Iraq to forcibly remove Saddam Hussein from power. A quick victory ensued, but while the campaign had been carefully planned, what was to happen after winning had not. That led to a series of blunders and ill-conceived decisions, and a chain of events that ensures the Middle East and North Africa will be unstable for generations to come.

The NYT has an article by Sinan Antoon, an Iraqi-American novelist on the 15th anniversary of the Iraq invasion. He closes his piece with this:

No one knows for certain how many Iraqis have died as a result of the invasion 15 years ago. Some credible estimates put the number at more than one million. You can read that sentence again. The invasion of Iraq is often spoken of in the United States as a “blunder,” or even a “colossal mistake.” It was a crime. Those who perpetrated it are still at large. Some of them have even been rehabilitated thanks to the horrors of Trumpism and a mostly amnesiac citizenry. (A year ago, I watched Mr. Bush on “The Ellen DeGeneres Show,” dancing and talking about his paintings.) The pundits and “experts” who sold us the war still go on doing what they do. I never thought that Iraq could ever be worse than it was during Saddam’s reign, but that is what America’s war achieved and bequeathed to Iraqis.

What was supposed to be a quick operation, limited in time to remove a dictator from power, has snowballed into an out of control global nightmare.

Fifteen years later, the consequences have given us an uncertain future, but back in 2003, it didn’t have to be that way.

Wrongo had dinner back then with Gen. Jay Garner, who GW Bush had just tapped to lead the post-war reconstruction efforts in Iraq. We were at a company offsite meeting, just before he left for Iraq. Garner said that he believed the establishment of a new government could be accomplished quickly, and that the country could be back on its (sort of democratic) feet within a year.

Garner’s plan was to choose the new government officials who would lead the country from the former Iraqi regime. He later said:

…as in any totalitarian regime, there were many people who needed to join the Baath Party in order to get ahead in their careers. We don’t have a problem with most of them. But we do have a problem with those who were part of the thug mechanism under Saddam. Once the US identifies those in the second group, we will get rid of them.

Garner was replaced by the noxious Paul Bremer in May, 2003. Garner wanted early elections, and for Iraqis to decide how to run the country. But Bush, Cheney and Wolfowitz wanted to purge all Baathists. They cashiered the Iraqi military. They then selected Iyad Allawi to lead the Iraqi interim authority. Allawi was a Shiite who had worked with the CIA.

Europeans must find it unbelievable that Trump claims they aren’t paying their way. They’re paying a huge daily tab in the form of destabilized politics and costly social programs for immigrants that reside in their towns and cities due to America’s adventurism in the Middle East.

In its wake, Iran allied with Russia and Iraq. Assad has won in Syria. Turkey’s relationship with NATO is frayed. Those birds will keep coming home to roost for generations.

Without the lies about Iraq’s weapons of mass destruction, and the sheer incompetence of George Bush, Dick Cheney, Donald Rumsfeld and Paul Bremer in Iraq, ISIS might not have expanded throughout Iraq and Syria. The refugee crisis might never happened.

And for what? A neo-con wet dream come to reality? Some real money made by their buddies via no-bid contracts?

The human toll, as Antoon says, was about one million Iraqis, and untold Syrians on top of that. It was never worth it.

Americans aren’t accustomed to calling their foreign adventures blunders. Antoon says it was a crime. We had a moment after Obama was elected to call the Iraq war’s perpetrators criminals, but Obama and Pelosi agreed that they wanted to look forward.

Now, the American public seems to want to let GW Bush off the hook for his blunders.

We can never allow that.