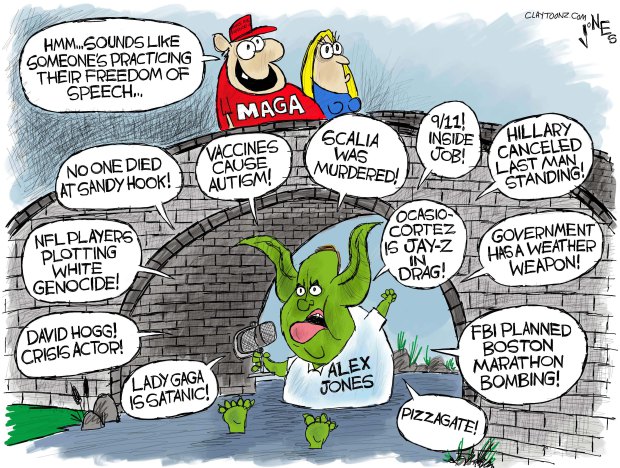 Alex Jones was banned for posting “fake news”. Clay Jones, (no relation) the cartoonist who drew the above, asks how conservatives can say that private businesses like Facebook or Apple shouldn’t be able to deny Alex Jones from stating his opinions. But, conservatives also argue that the NFL must stop football players from kneeling during the National Anthem. Is holding both positions acceptable? 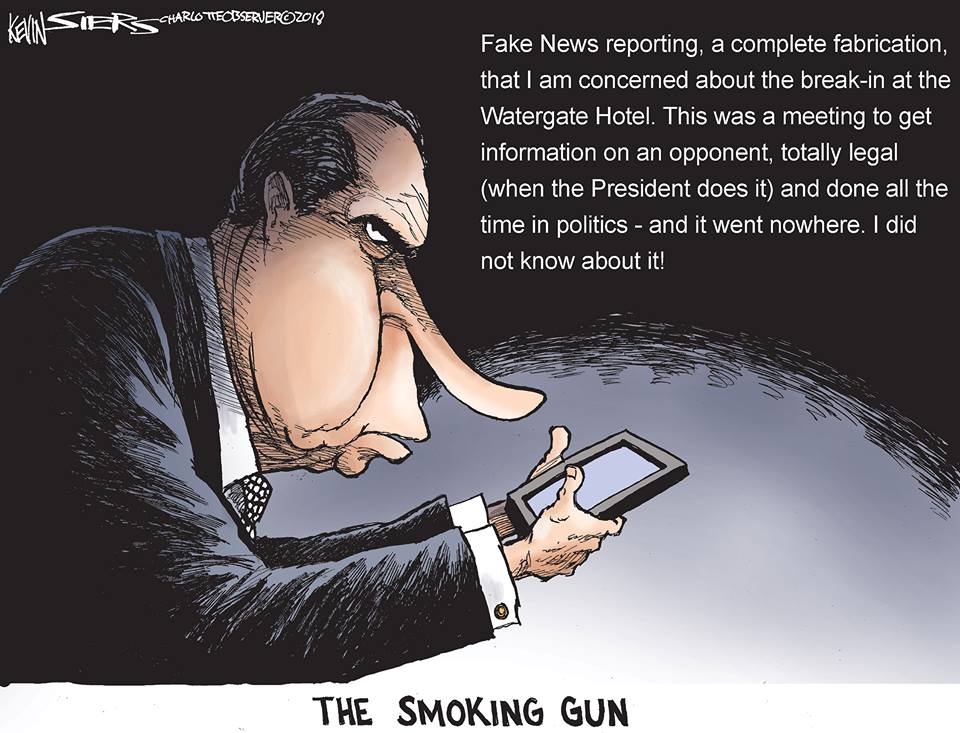 As bad as Nixon was, he doesn’t hold a candle to Trump’s self-serving deceit!

First the gates, then the fort. What else protects Trump? 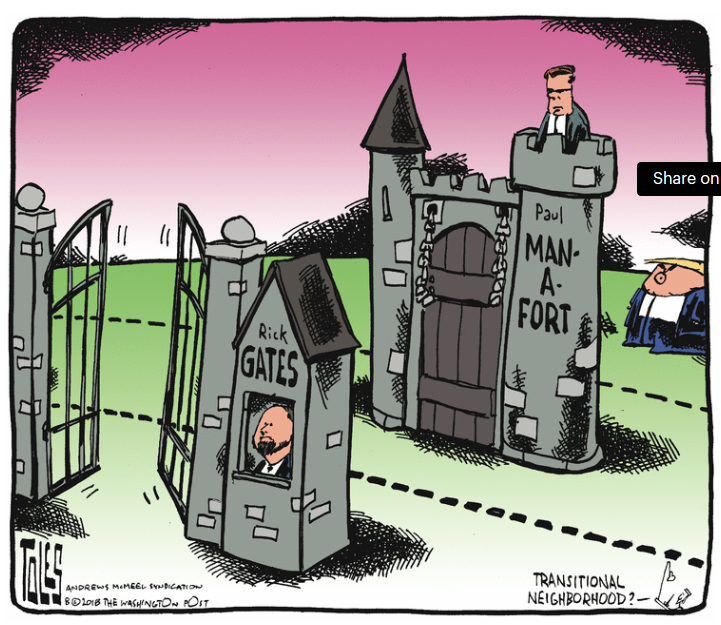 How will the Trumpets square these ideas with the “final frontier”? 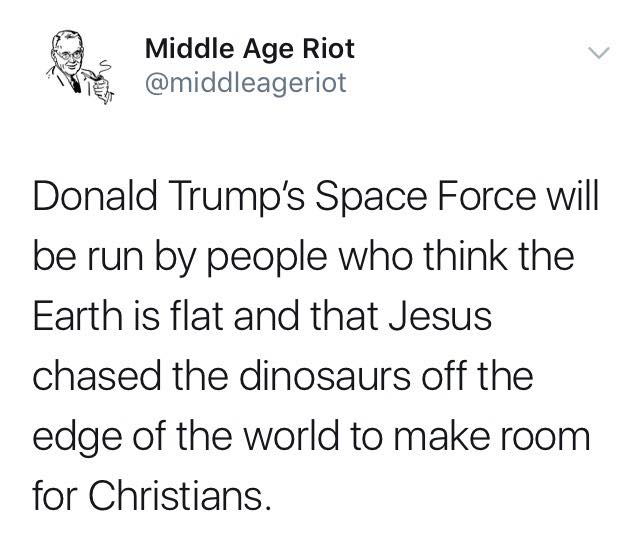 Trump tries explaining how the fires in CA were caused: 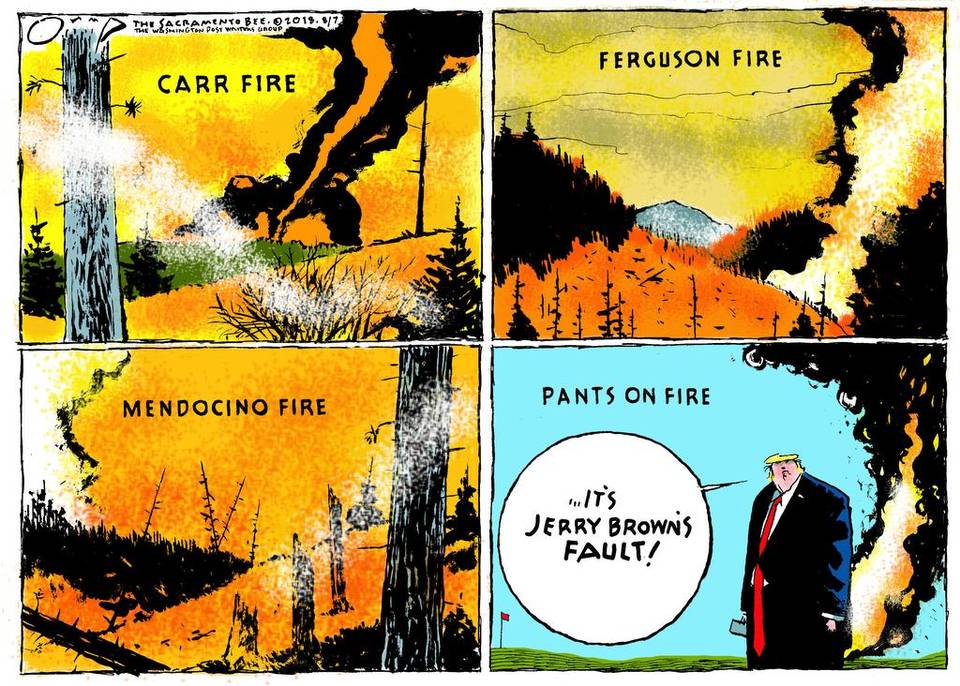 Trump’s secret sanctions plan will bring Iran to its knees: 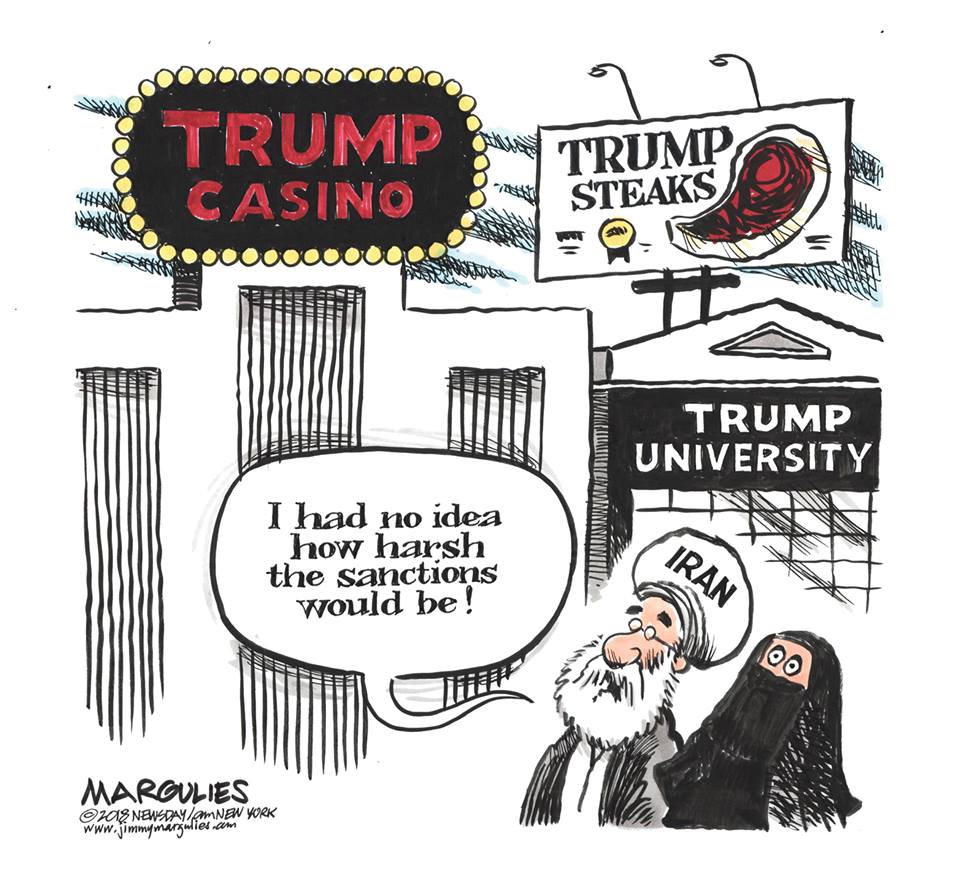