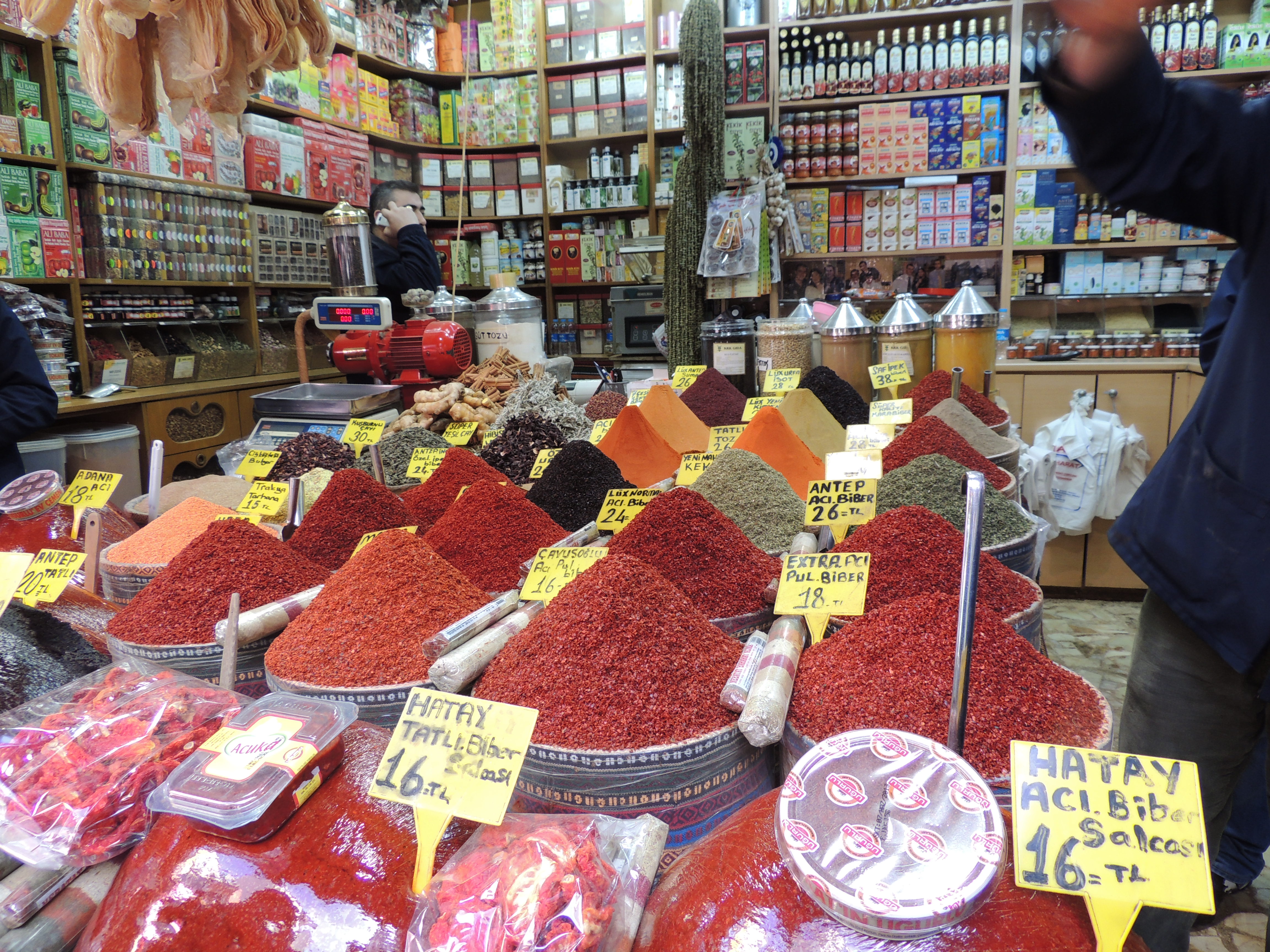 As we cruise toward year’s end, we’ve received a political Christmas present in the form of Paul Ryan’s retirement from Congress. On Ryan’s heading into the Wisconsin sunset, newly minted House Rep Alexandria Ocasio-Cortez (D-NY), had this take: 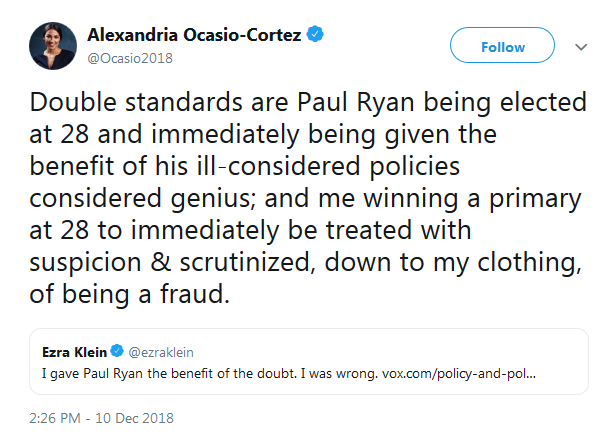 It’s pathetic how journalists and Republicans often say that Ryan is a thoughtful and principled member of Congress, a genius by some accounts. He is lauded for being elected to the House at age 28, and working his way up to Speaker. But he’s left few footprints on important legislation, except for the Trump tax cut in 2017.

Alexandria Ocasio-Cortez was elected to the House at 28 just like Ryan. Unlike Ryan, Ocasio-Cortez has been called out for everything from her wardrobe, to her active commentary on Twitter. Many of the same Conservatives who lionized Ryan say that Ocasio-Cortez is naïve, undisciplined and unwilling to play by their rules. Freshman Congressman, especially young female Democrats are expected to keep their heads down, and speak only when spoken to.

But no one ever changed anything by going along to get along. She’s been outspoken, but she’s done so in a manner which spotlights legitimate issues. That tends to rankle the established power structure, who prefer the status quo, because it’s predictable, manageable, and largely male.

It’s far too early to know if Ocasio-Cortez will be a political force to reckon with, or a transformative legislator. But the fact that she’s willing to speak out and rattle cages is a good sign. Congress has needed new (and younger) voices for a long time. It will be interesting to see what sort of rabble-rousing she’ll take on, and if it will cause meaningful change.

Is there a chance that she’ll accomplish far more than Paul Ryan? Sure, but that’s a low bar. Ryan always played by the rules while working his way up the ladder. That’s great if you are ambitious, which is all that Ryan was really about. Oh, and Ayn Rand.

Consider one of Ryan’s final acts as Speaker:

By three votes, the House of Representatives advanced a farm bill, but not before the Republican leadership slipped in a provision that would turn off any possibility of the Congress’s fast-tracking an effort to turn off American aid to Saudi Arabia due to that country’s abominable war in Yemen.

Consider what Ryan and his majority did today. They made it impossible for the United States to swiftly extricate itself from accessorial conduct in a horrible ongoing crime-by-famine, and they did it by sabotaging a bill that helps get food to people in this country.

This is one of the last acts of Paul Ryan’s Speakership. He will richly deserve our contempt for playing partisan legislative games with starving children.

On to Saturday! Time to leave tree-trimming and shopping on Amazon for a few minutes, it’s time to unplug and land on a small island of soothing in the midst of all of the chaos. Let’s start by brewing up a yuuge hot cup of Baru Gesha coffee (1 kg/$100) from the Los Angeles-based Bar Nine brewers. The Baru Gesha tastes like dark chocolate, raspberry liqueur, frankincense, and almond brittle in aroma.

Now, gaze out at the last few leaves on the trees and the dormant grass, and listen to JS Bach’s “Air on a G-String”, an arrangement for the violin made in the 19th Century from Bach’s Orchestral Suite No. 3 in D major. Bach originally wrote the suite between the years 1717 and 1723. It found its nickname in 1871 when the German violinist August Wilhelmj (1845-1908) made a violin and piano arrangement of the second movement of this orchestral suite. By changing the key into C major and transposing the melody down an octave, Wilhelmj was able to play the piece on only one string of his violin, the G string.

Procol Harum borrowed from it for their hit, “A Whiter Shade of Pale.” Gary Brooker of Procol Harum said:

If you trace the chordal element, it does a bar or two of Bach’s ‘Air On A G String’ before it veers off. That spark was all it took. I wasn’t consciously combining Rock with Classical, it’s just that Bach’s music was in me.

If you would like to hear the echoes of “Whiter Shade of Pale”, you can hear the Air played on organ.

But, here it is as intended on violin played by the Ukrainian violinist Anastasiya Petryshak with the Orchestra Cantelli at the Basilica Sant’Ambrogio in Milan, Italy in December 2015: