Wrongo and Ms. Right saw “What the Constitution Means to Me” on Broadway last night. It’s a riveting and powerful show, good for both your head and heart. The cast is led by Heidi Schreck in an amazing performance. Schreck also wrote the play. She tells her (true) story of earning college money by traveling around the country delivering short speeches on the Constitution and competing in rapid-fire challenges about its amendments.

In the play, she resurrects her teenage self, tracing the effects of the founding document on generations of women, including many in her family. She focuses on the Equal Protection Clause of the 14th Amendment, and the “penumbra” of Amendment 9. She applies these to a few cases, specifically, the Supreme Court case, Castle Rock v. Gonzales.

Schreck plays a recording of Justices Scalia and Breyer debating Castle Rock v. Gonzalez: They focus not on the mother, or her children who were kidnapped and killed by her husband. Or, on the negligence of the local police, who failed to respond to the permanent restraining order she had against her husband, despite the many, many times that Gonzalez called them. Instead, they pedantically debate the meaning of the word “shall.”

It’s a debate about rhetoric, entirely stripped of humanity.

She lost. The Supremes decided that the police did not have an obligation to protect Ms. Gonzalez or her kids. They held that enforcement of the restraining order was not mandatory under Colorado law. See the play if you can.

On to cartoons. Barr’s report isn’t the report you are looking for: 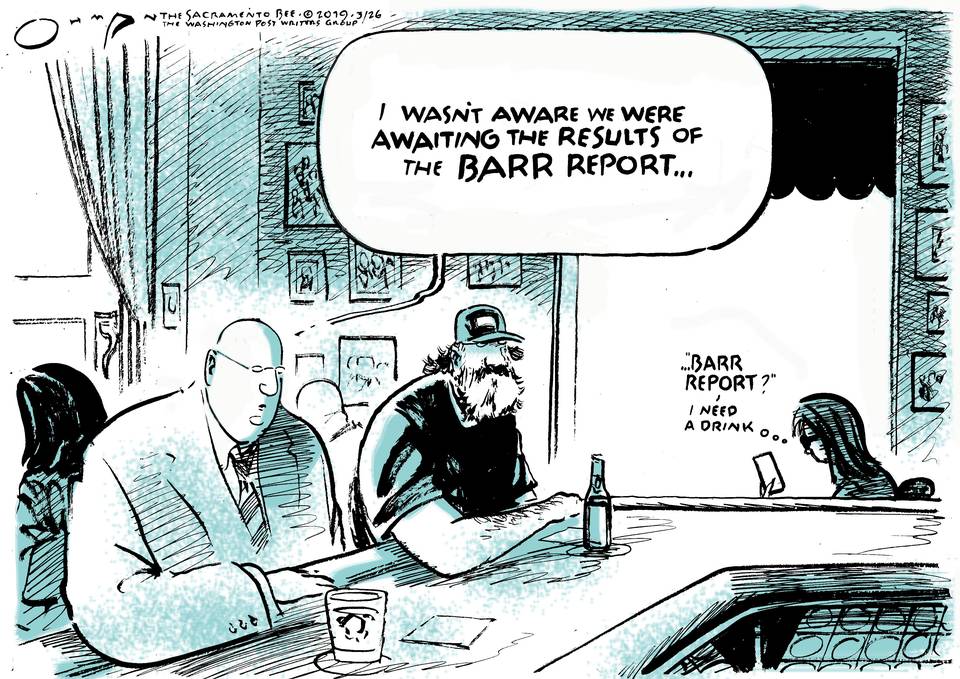 Barr’s report will keep America at odds until we see what Mueller says: 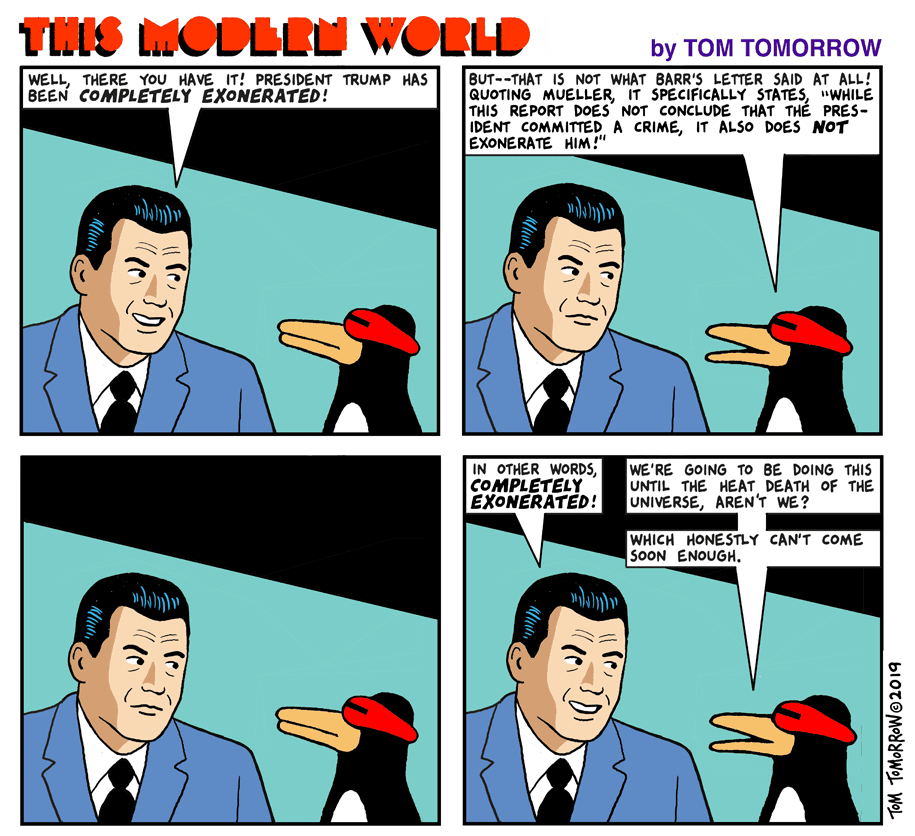 Barr tells us that Donnie’s clean: 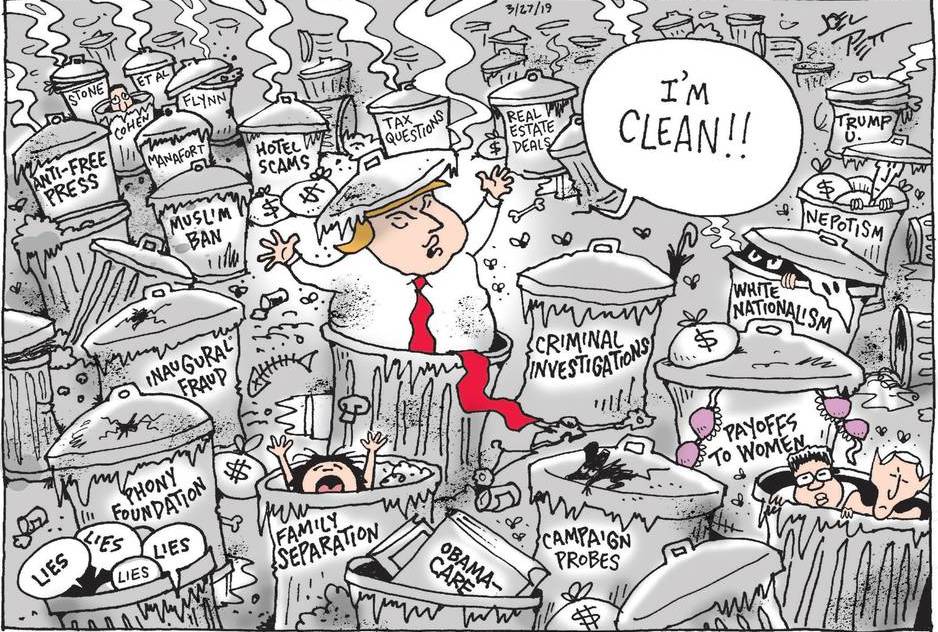 Last week, Republicans called for Chair of the House Permanent Select Committee on Intelligence, Rep. Adam Schiff (D-CA), to be removed. Every Republican on the committee was on board for Schiff’s removal. Schiff didn’t take it lying down. He pointed out everything shady and suspicious that Trump & his associates did during the campaign. He closed by saying “But I do not think that conduct, criminal or not, is OK. And the day we do think that’s OK, is the day we will look back and say that is the day that America lost its way.” Watch Schiff’s response here: 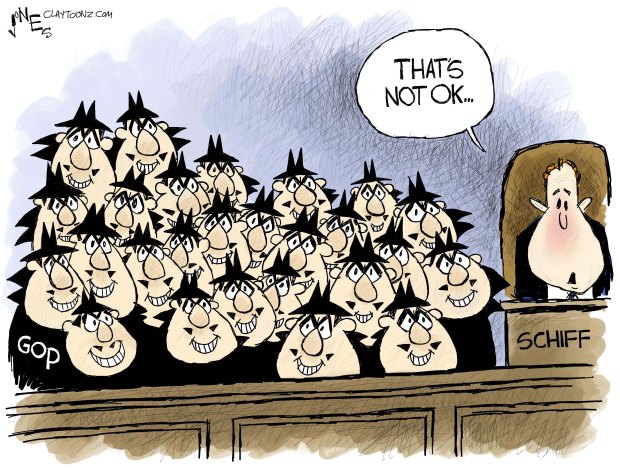 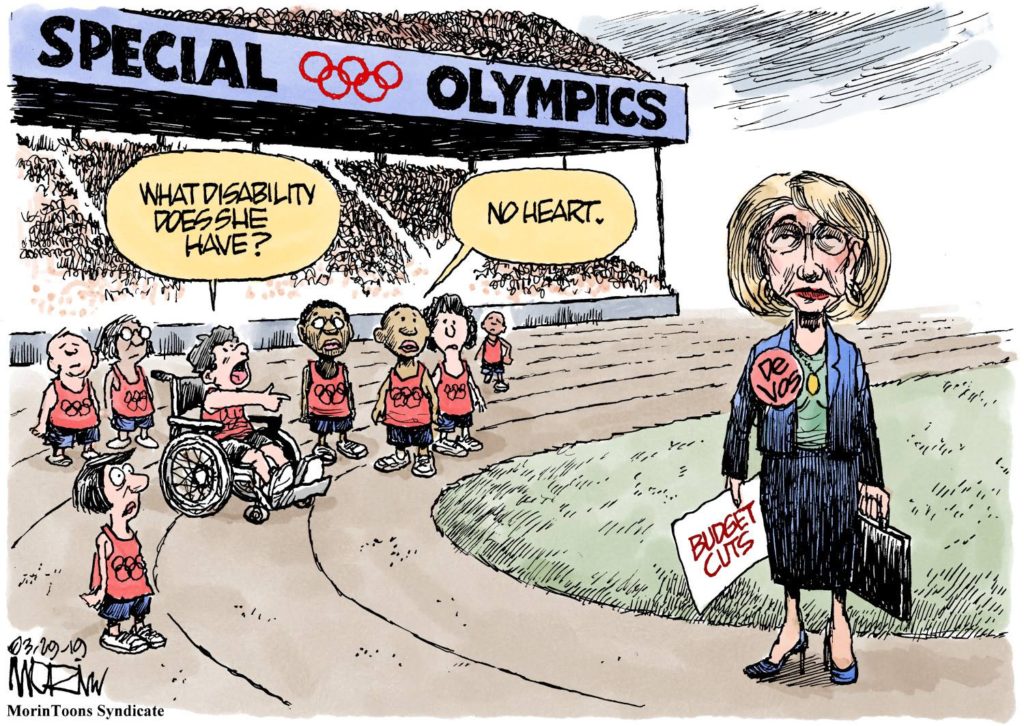 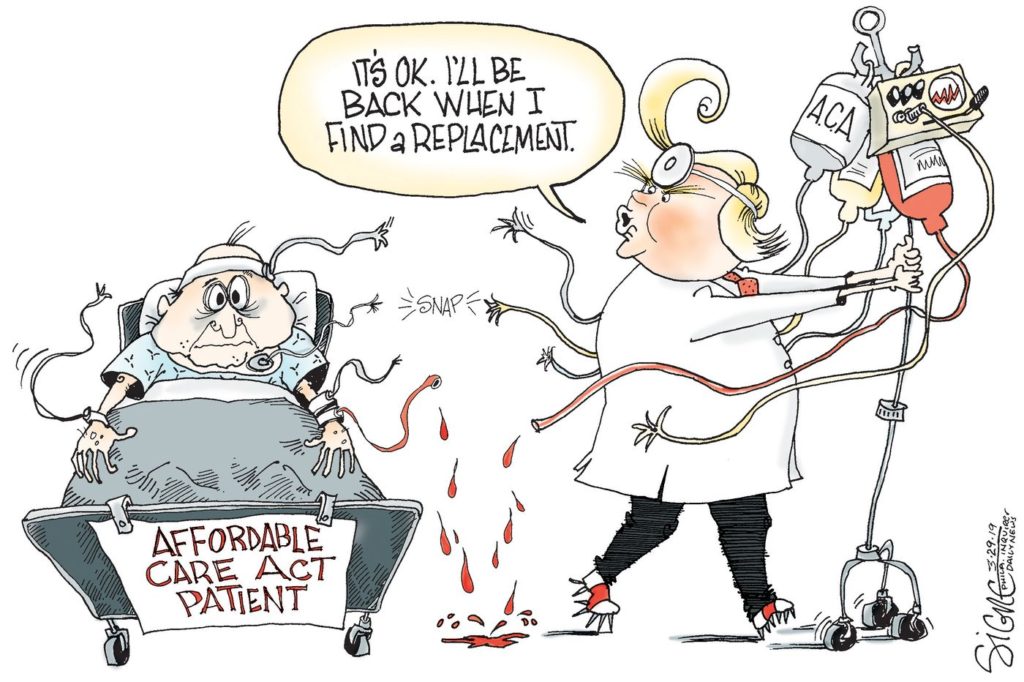