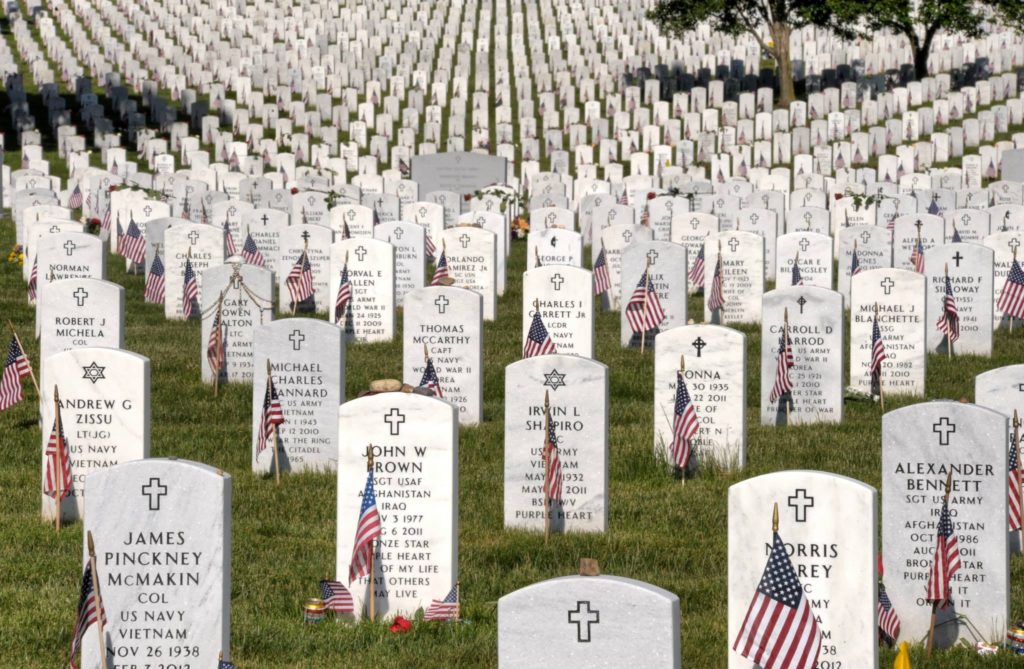 “Patriotism is supporting your country all the time, and your government when it deserves it.” – Mark Twain

Today we celebrate the sacrifice of those who died fighting in America’s wars. We mourn those we knew, and we remember those we never knew.

So today, we celebrate those who have died in service of our global ambitions. Maybe we watch a parade, shop at the mall, and attend the first cookout of the year. Perhaps we should be required to spend more time thinking about how America can increase the number of years when we are not at war.

But today also brings us something else to think about. The Yale School of Forestry published an article about the use of Agent Orange in Vietnam, “Fifty Years After, A Daunting Cleanup of Vietnam’s Toxic Legacy”. Here is a snippet:

“From 1962 to 1971, the American military sprayed vast areas of Vietnam with Agent Orange, leaving dioxin contamination that has severely affected the health of three generations of Vietnamese. Now, the US and Vietnamese governments have joined together in a massive cleanup project.”

During the US Air Force campaign known as Operation Ranch Hand, Agent Orange was used to strip bare the coastal mangroves of the Mekong Delta and the dense triple-canopy forests that concealed enemy fighters and supply lines. One-sixth of South Vietnam was blanketed with 20 million gallons of herbicides, and as many as 4.8 million Vietnamese civilians were exposed to the spraying.

The three remaining hot spots of dioxin contamination were the US airbases at Da Nang, Bien Hoa, and the smaller air base at Phu Cat. These were the sites from where the spraying was launched. The residual levels of dioxin on those sites posed a serious ongoing threat to public health. Of the three, Bien Hoa was by far the worst. During our war in Vietnam, it was said to be the busiest airport in the world.

Phu Cat was cleaned up by the Vietnamese without US assistance. Next came Da Nang, a six-year project that was completed last October. It cost $110 million, of which $100 million came from the US State Department, channeled through USAID.

The sheer volume of soils and sediments that must be remediated is staggering. In Da Nang, it was 90,000 cubic meters; in Bien Hoa it is 495,300. The US has agreed to commit $300 million to the Bien Hoa cleanup over 10 years, but USAID couldn’t bear the entire cost. So, after much debate, the Department of Defense agreed to contribute half of the total.

This has to be done, since dioxin is a deadly chemical. It is both hydrophobic and lipophilic: it hates water and loves fat. It sinks into the sediment at the bottom of bodies of water, it attaches to organic matter and moves up the food chain, from plankton to small aquatic animals and finally to fish. In soil, it ends up in free-range chickens and ducks and their eggs.

It becomes more concentrated at each stage, a process known as bioaccumulation. Eighty-seven percent of dioxin enters the body through ingestion, before migrating into fatty tissue, the liver, and breast milk. And fish and poultry are staples of the Vietnamese diet.

The WHO stipulates a tolerable maximum of 1 to 4 picograms (one trillionth of a gram) per kilogram of body weight per day. The mean amount they found in breastfed infants in the Bien Hoa area was 80 picograms.

And we shouldn’t forget how haphazardly the VA has dealt with the medical issues of Vietnam Vets who were exposed to Agent Orange. For many years veterans with Agent Orange-related diseases were denied disability compensation by the VA. This only changed with the passage of the Agent Orange Act of 1991. Now, the VA acknowledges certain cancers and other diseases are caused by Agent Orange.

This is a sad reminder about today’s Memorial Day, all of our past Memorial Days, and the ones to come.

The brass has hidden a lot of suffering using the protections afforded under what is called National Security. So they hid PTSD, the impact of de-icing chemicals at air bases and the way we have ground down our forces in endless deployments with no end in site. A person can endure pain that will end, whether it is a mother enduring childbirth (with the reward of a baby) or an athlete enduring training to reach a new height in performance. We have ground down US soldier for close to 20 years now with no end or reward in site.

So yes. Agent Orange is one problem, but it is part of a pattern of ignoring the harms we do as we fight our wars.