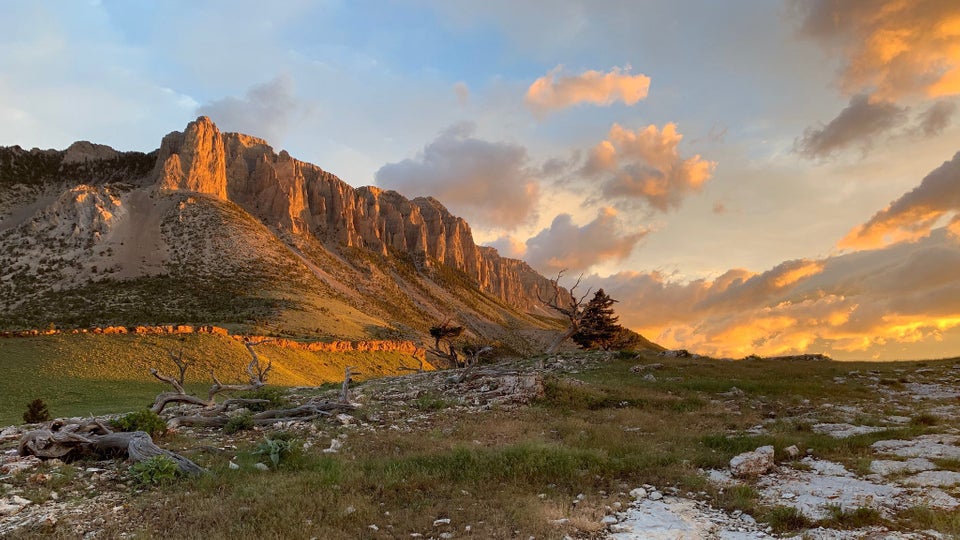 Sunrise, Castle Reef, Montana – July 2019 photo by xzzy. Not to be confused with Capitol Reef NP, in Utah.

Yesterday, Wrongo showed an analysis of possible voter turnout by gender and age, and the implications for 2020. Overnight, a new NPR/PBS NewsHour/Marist poll shows how it may be possible to craft policies that appeal to those groups, among others.

The poll was conducted from July 15 to 17, after the president’s tweets about the four Democratic congresswomen. It surveyed 1,336 adults largely (68%) by mobile phone, and has a margin of error of ±3.5%.

But, let’s focus on a few topics that had majority female support. Overall, 59% of women disapproved of the job that Trump is doing, compared to 52% of all respondents. And 62% of women said they would “definitely not vote for him”, substantially higher than the poll’s average.

All isn’t roses for the Democrats with women. When asked “do you think the ideas being offered by the Democratic candidates running for president would generally move the country in the right/wrong direction?” Women only gave the Democrats a 52% “right direction” tilt. Overall, Americans split 46%-to-43% on whether Democrats would take the country in the right or wrong direction, within the margin of error in the poll. Much of that may be due to unpopular policies offered by the current crop of candidates.

There are a few issues that are very unpopular, even with Democrats:

Overall, independents said they were not impressed with the direction either President Trump or Democrats want to take the country at this point. Lee Miringoff, director of the Marist Institute for Public Opinion at Marist College, said:

“They’re not willing to grant President Trump reelection, and yet they’re not persuaded by Democrats at this point.”

Showing that Democrats are not truly happy with their choices for president, 82% of Democrats or Democratic-leaning independents say they have not yet made up their mind on who to support in the Democratic primary. A majority (54%) say they want a nominee who can beat Trump, rather than one who shares their position on most issues (42%). That’s up 13 points from last month when 47% said they wanted someone who shared their position on most issues versus 46% who said they wanted someone who has the best chance of beating Trump.

Turning to the other side, Trump’s primary support comes from white males, Gen X (ages 39-54) and evangelicals. When asked if they would definitely vote for Trump in 2020, 66% of evangelicals, 51% of Gen X and 47% of white males said yes. That’s quite the weird coalition.

BTW, just 23% of Gen Z/Millennials (ages 18-38) said they are definitely voting for Trump.

As we said yesterday, Democrats have a chance to present a set of policies that will appeal to women and the youngest voters, in addition to their base. The field of 20+ has certainly reviewed the NPR/Marist Poll results at this point. Maybe a few are rethinking their stance on eliminating private insurance, or offering insurance to illegal immigrants.

It’s still early, and this poll is just another snapshot. The true picture will emerge in a few months.

In the summer of 2016, I was watching a C-Span discussion with several African American female scholars and, though I do not remember that issues they discussed, I remember a general tone of dissatisfaction with the Democratic Party that bothered me. Yes, black women are the core voting block in several big primaries but they are not the core in most states (whether NJ or CA or IA).

A similar issue occurred with black lives matter. However important this issue is, it is not something that most white Americans grapple with. And so, when they force consideration of their concerns, or worse when figures like Ta Nehisi Coates force the issue of reparations to the floor, this too turns off white voters.

This may be unfortunate, but it is so. And by the way always was so. In the 1930s, FDR soft peddled civil rights to pass his new deal.

Right now, Democrats need to talk amongst themselves and agree to stop the emphasis on issues that don’t see for the bigger picture.