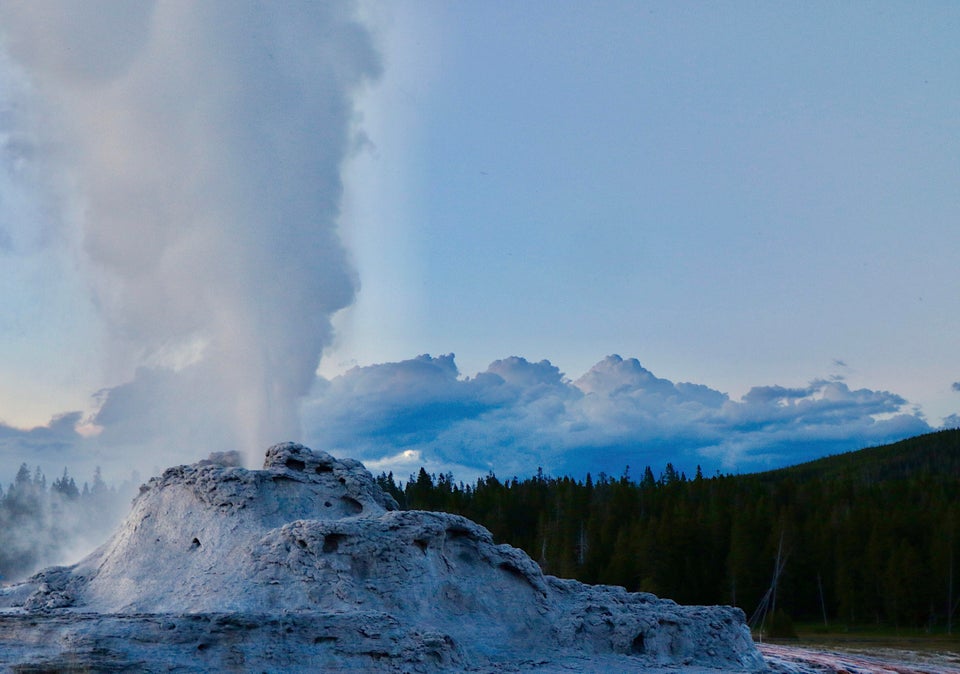 Guess what? He’s not sorry. From TPM:

“Not even 24 hours after telling reporters that he was “not happy” with the “send her back” chant against Rep. Ilhan Omar (D-MN) at his reelection rally earlier this week, President Donald Trump on Friday seemed to be more onboard with the widely condemned message.” 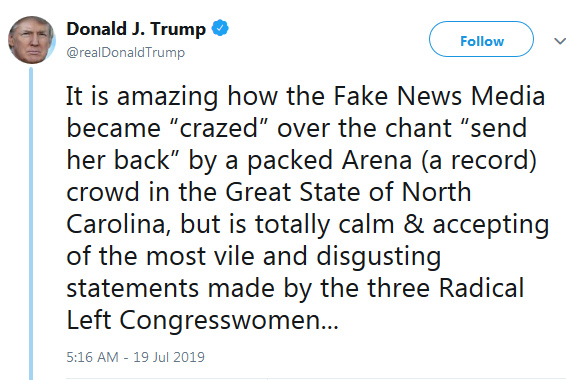 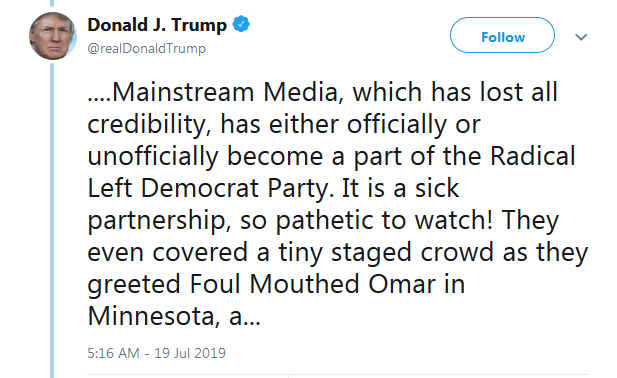 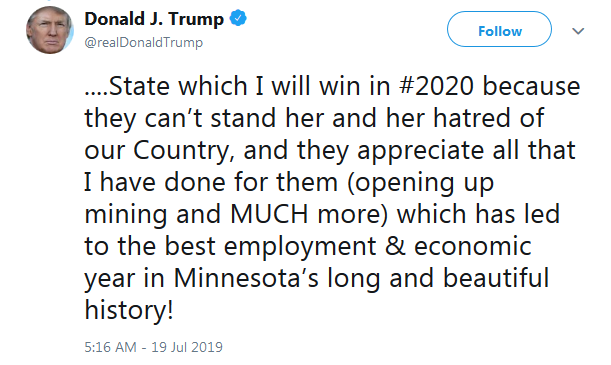 Actually, he attacked four, not three, Congresswomen, and now, more racist attacks against Omar. He started this when he tweeted last Sunday that they should “go back” to the countries they supposedly came from, despite all four being US citizens.

But, the GOP wants you to believe that there isn’t a single racist bone spur in his body.

The “chant” will now magically break out at all of his future rallies. He’ll pretend to stop it but, what can he do? His people just love him too much for him to stop. Then, the GOP cheerleaders will flood the media with enough bad faith arguments to confuse the issue, and lower the heat, and Trump will move on to the next outrage.

This is the pattern. First, Trump says something so abhorrent that most of us lose our collective minds. Then, he doubles down. Then, we see some opprobrium from the media, from all Democrats and a very few Republicans. Trump then quiets down for a few hours, and in a week or so, we’ve moved on to the new normal. This week, our new normal is “send them back.”

We’re going to spend the rest of our lives dealing with narratives by the opposition about how Trump isn’t who he so obviously is. We’ll spend years hearing that what he said isn’t racist. His supporters see their chanting, and Trump’s incitement as innocent trolling. They think it’s all a game, and that he’s just playing his part in owing the libs.

Wrongo has had enough for this week, and so have you. We desperately need some Saturday soothing. Let’s start by brewing up a cup of Rukera Kenya ($21.20/12 oz.) from the old reliable JBC coffee roasters in Madison Wisconsin, who have been featured here many times before.

Now staying indoors and away from the heat that is gripping most of America, listen to Polish countertenor Jakub Józef Orliński perform ”Vedro con mio diletto” from the opera “Il Giustino” by Antonio Vivaldi.

Wrongo and Ms. Right first heard a countertenor live on Broadway at the show, “Farinelli and the King”, in 2018. The voice of Farenelli was performed by Iestyn Davies, and it was magical. Today, Orliński is performing in a live recording made in July, 2017 from Lix-en-Provence: