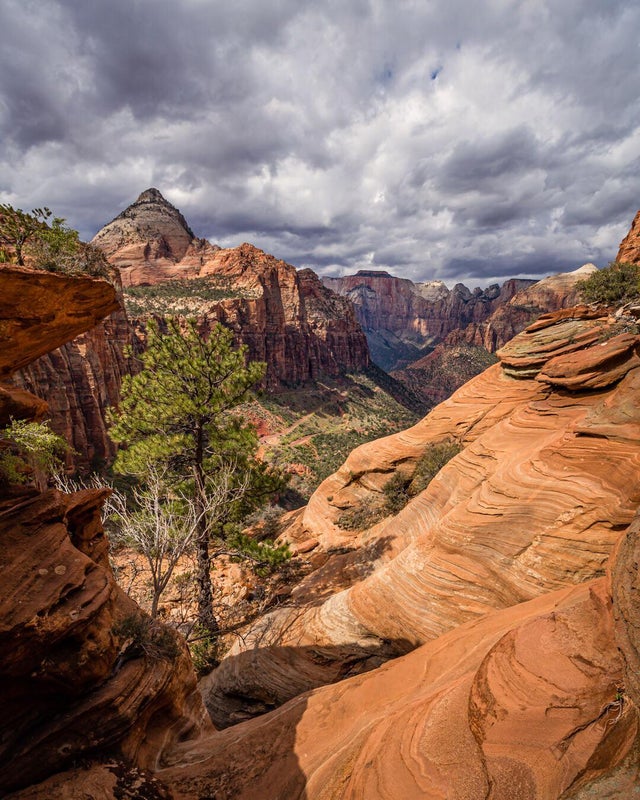 It’s fair to ask, “What happened to the Wrongologist?” He’s taken a long break from posting, in part due to fatigue brought on by our toxic political environment. But beyond that, Wrongo has (at least temporarily) despaired of seeing a path forward to meaningful political change.

We’re in the midst of a big demographic change. Demo Memo reports that Non-Hispanic Whites (that’s white people to us non-demographers) will account for just 47% percent of the nation’s 2019 public school students, according to the National Center for Education Statistics. That means the majority of students (53%) in grades K through 12 will be Hispanic, Black, Asian, or another minority.

Times they are a-changing.

Changes on the jobs front have already occured. Here is chart from Visual Capitalist showing the largest non-government employer in all 50 states. Sadly, even in this time of economic progress, Walmart is the largest employer in 21 states: 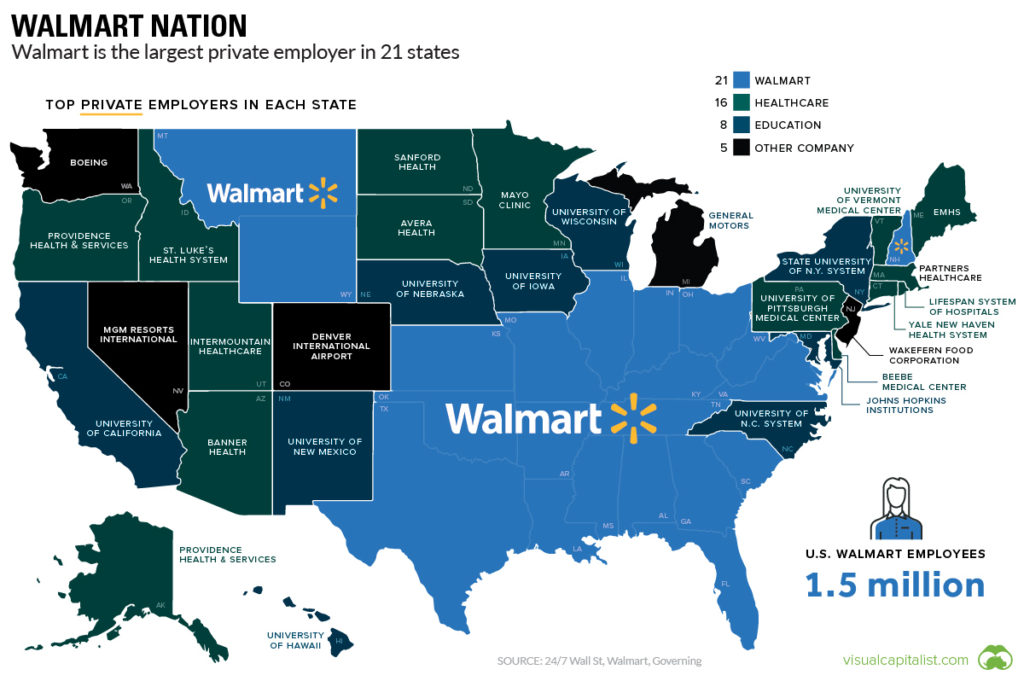 In many states, either the state or federal government is the top employer. California employs 250,000 federal workers. New York State is unique, since NYC’s municipal workforce is the state’s top employer. And then, there is the US Department of Defense: Eight states have more active military personnel than any single private employer.

Universities and hospitals are top employers in nearly half of the states.

But Walmart is the biggest private employer, with 1.5 million workers. They employ about 1% of private sector workforce in the US. Amazon is a distant second with more than 500,000 employees.

How are the facts about majority/minority schools and Walmart as  our largest employer linked? According to Walmart’s 2019 diversity report, 44% of Walmart employees are people of color. This means that after graduation, Walmart is a likely workplace for many of them. People of color account for 61% of Amazon employees.

And the average wage for a full-time Walmart employee in the US is $14.26. Recent full-time pay in a New Jersey Amazon warehouse was $13.85. Both sound fine until you realize that these are average pay rates for full-time workers. Many earn far less. And few actually are full-time workers, most are part-time.

Are these good jobs at good wages? They are not.

Our schools are getting more diverse, and the jobs we hold now are increasingly fragile. What’s more, for many Americans, one job doesn’t provide a living wage. As the NYT reported in a Labor Day opinion piece by Binyamin Appelbaum and Damon Winter:

“More than eight million people — roughly 5 percent of all workers — held more than one job at a time in July, according to the most recent federal data.”

Dignity. Shouldn’t America strive to make working at one job pay enough to provide for a person’s family? We tout the low unemployment rate, and the statistics that show millions of available and unfilled jobs. But, except for a few jobs involving high barriers to entry, “worker shortage” is a euphemism for “this job doesn’t pay well enough, or have good enough conditions to attract enough workers.”

There’s no worker shortage in America, there’s a pay and good working conditions shortage. Work doesn’t have to be absorbing, but it should be free of fear, and it should be worthy of one’s talents.

It’s baffling to Wrongo that supposedly smart politicians have facilitated a system that has robbed wealth from the bottom 90% of Americans and funneled it to the top 1%, largely through holding down workers’ wages, when our economy is driven by consumer spending.

All of us are wage slaves to a degree, we all sell our time and talent for money. Our schools are the basis for building talent. That, plus job experience, is what the average American offers to sell to employers.

So this is mostly a post about future Labor Days.

Time to wake up America! Without profound changes to how we educate our kids, and how we reward capitalists and capitalism, our country of tomorrow will bear little resemblance to the nation of today.