Trump survived the week. The Democrats got just about everything they hoped for out of 32 hours of impeachment hearings. Current and former Trump administration officials told different parts of a consistent story, and reinforced a consistent narrative of wrongdoing.

But Trump liked the week, since no cracks emerged in Republican defenses. On to cartoons. The real Impeachment jury: 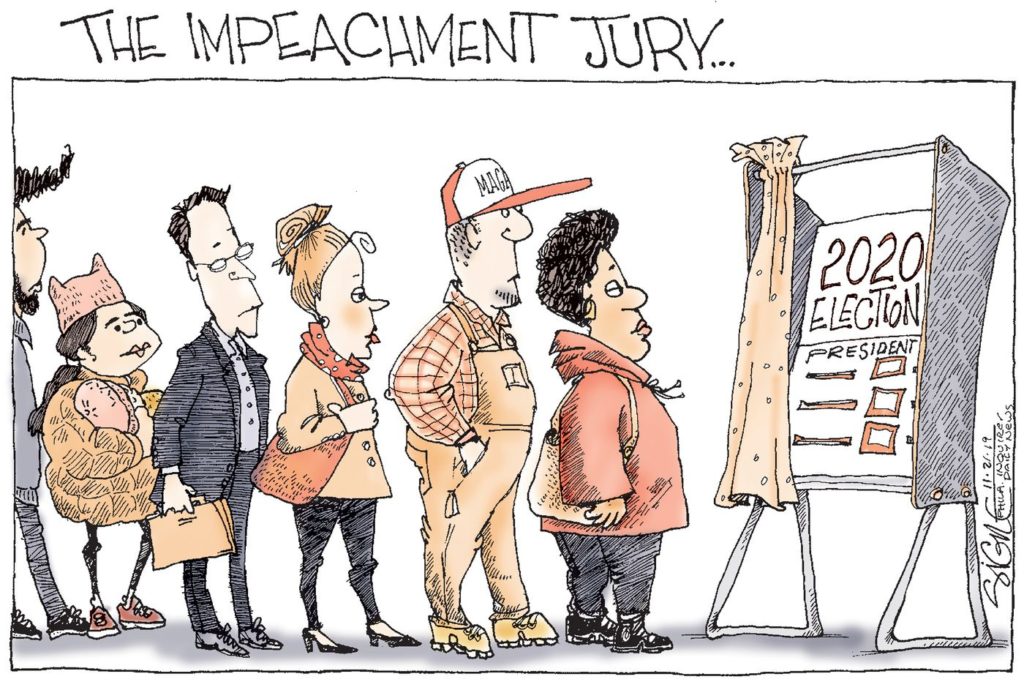 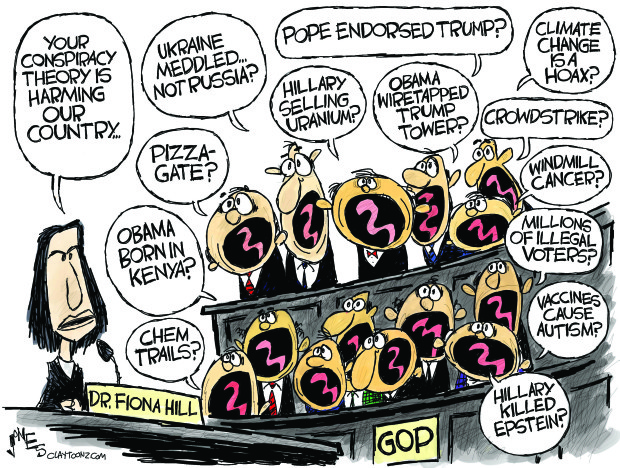 Behold the noose of Sondland: 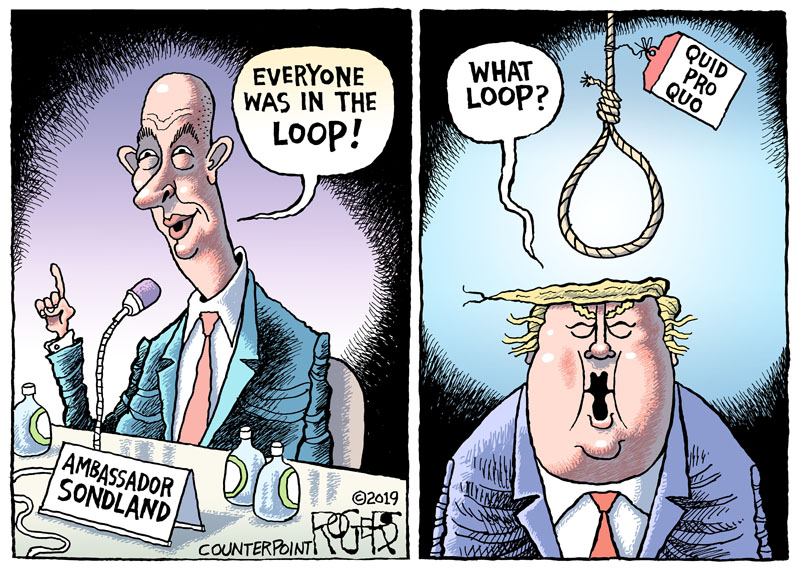 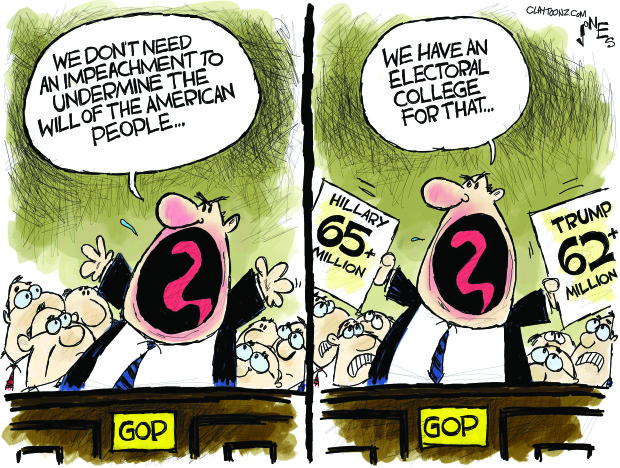 Trump and Bibi: Two pleas in a pod: 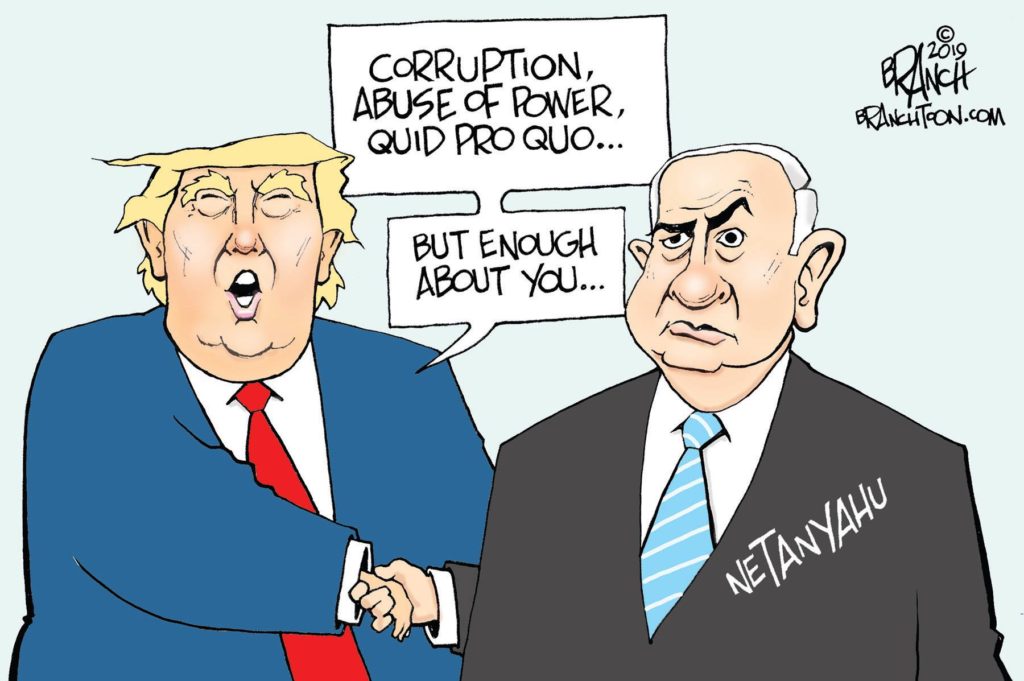 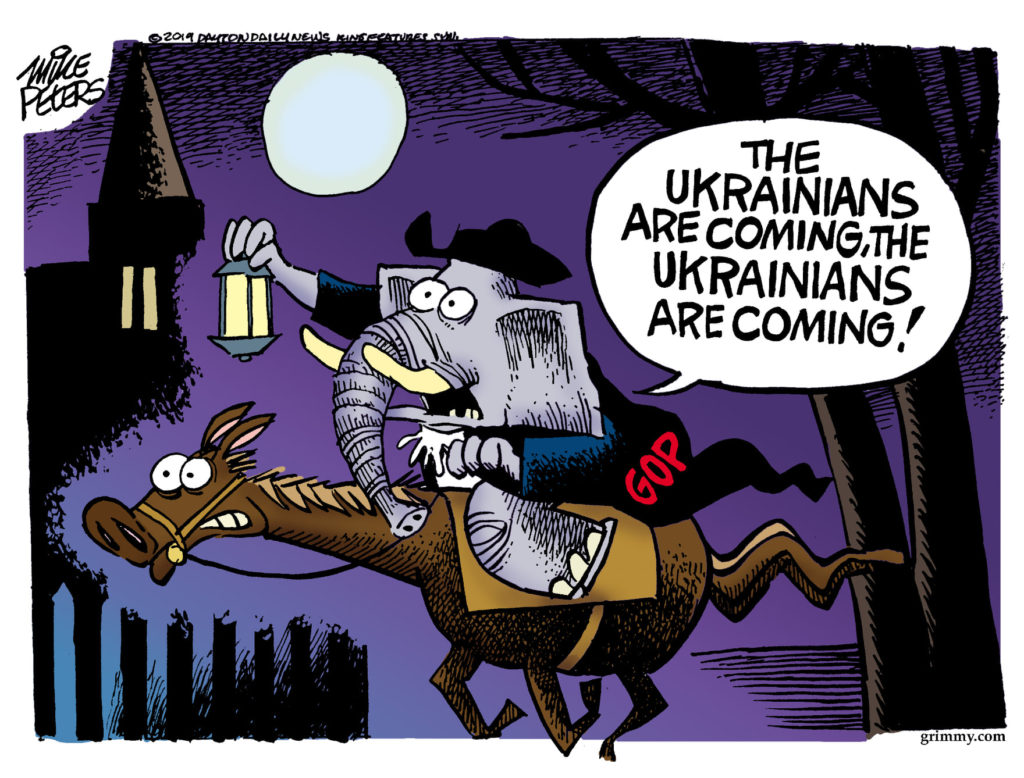 Prince Andrew will be spending more time with family and less with underage women: 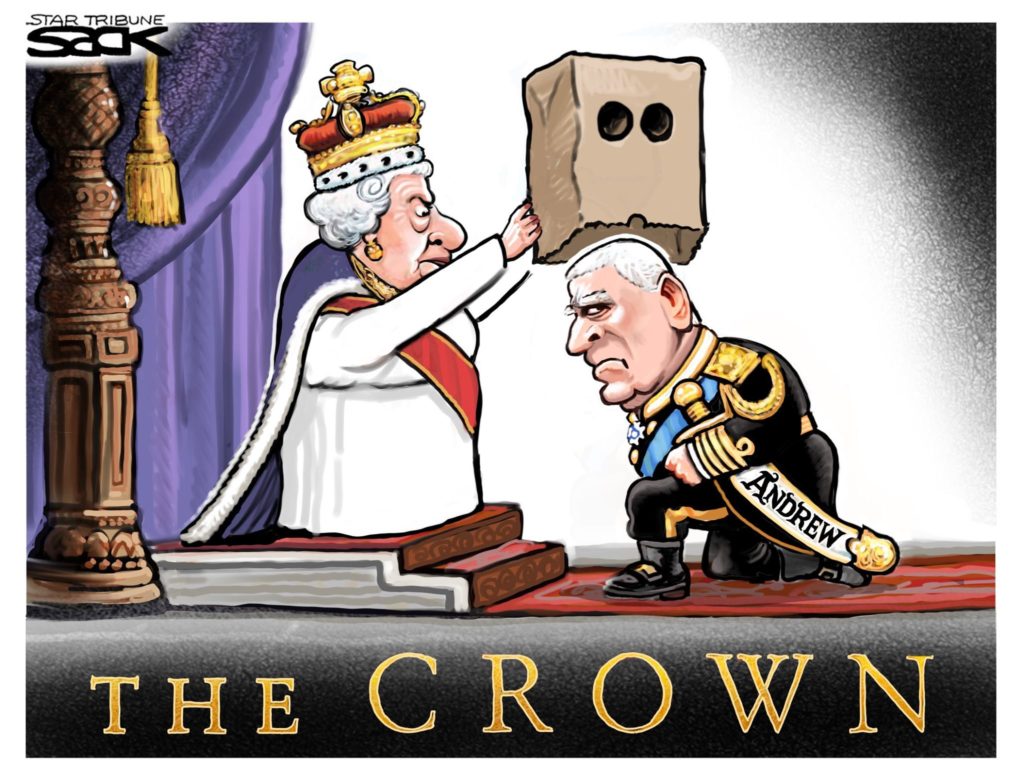