(Sorry for going dark, but we lost internet here at the Mansion of Wrong for two days. It’s back, but since it is supplied by Spectrum, it’s very slow, despite Wrongo paying for a premium pile of megabits.)

Apparently, they’re using a battery-powered Sawzall, like this one that you can order from Home Depot:

It can cut through the bars of steel and concrete in a few minutes, if equipped with specialty blades made with diamond grit. The blades sell for less than $15. The Trump administration has so far completed 76 miles of the new barriers that are now being breached by Mexican smugglers. These are the sections of wall that Trump boasts are “virtually impenetrable”. He has called them the “Rolls-Royce” of walls that border-crossers cannot get over, under or through.

Who knew that for $100, and a few $15 blades, you could defeat the wall that will eventually cost us $10 billion?? On to cartoons.

Al-Baghdadi was killed. Trump said he died like a dog: 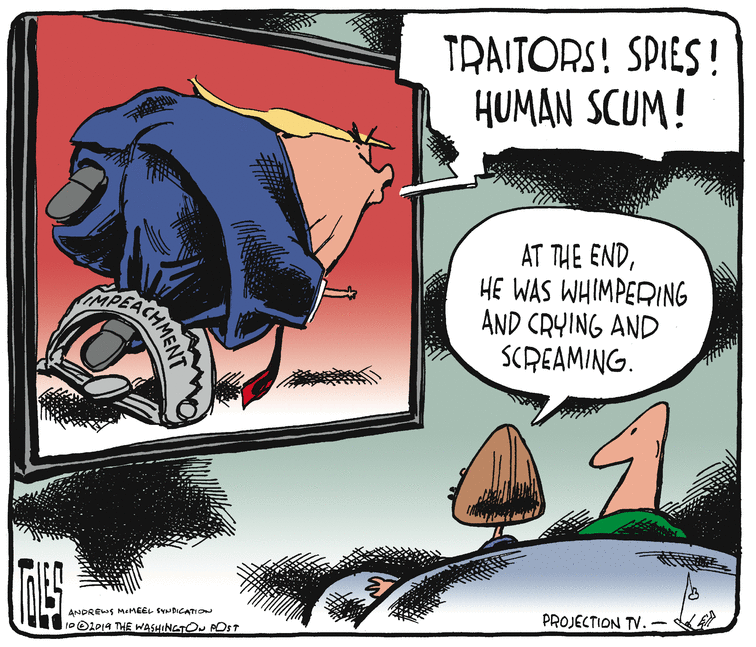 Republicans are now trying to smear a military hero to protect a draft dodger. Trump equates dogs with cowards, while an actual military dog served heroically, without claiming Paw Spurs. 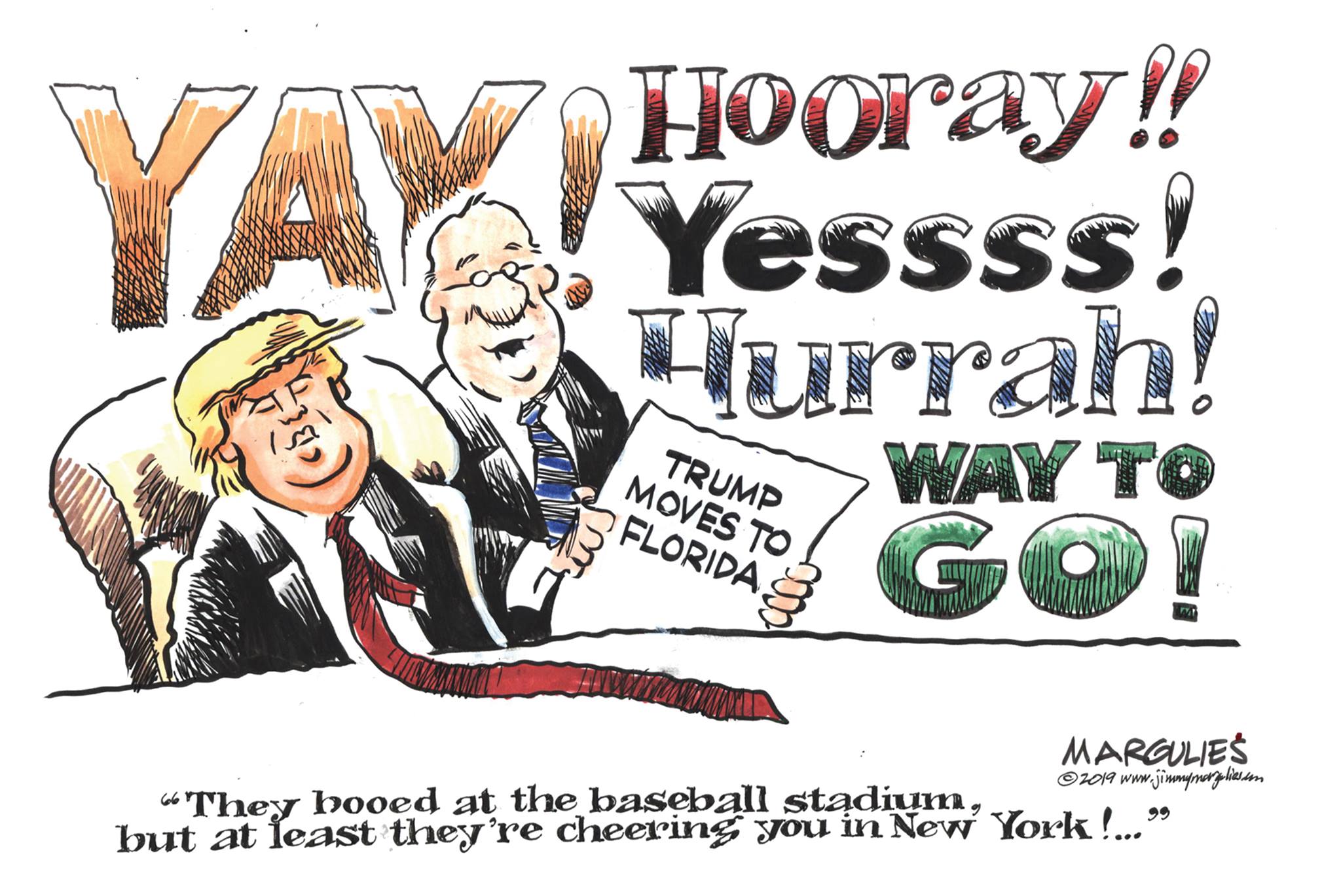 Dems are placing way too much faith in the process: 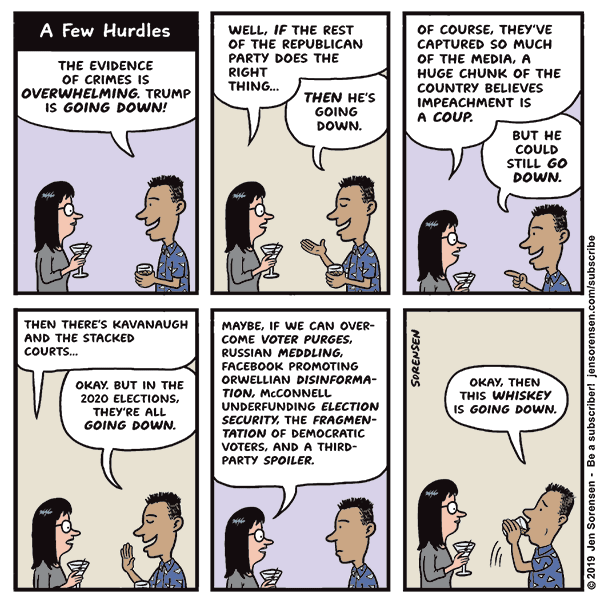 It is looking like the Boeing 737 MAX should never fly again: 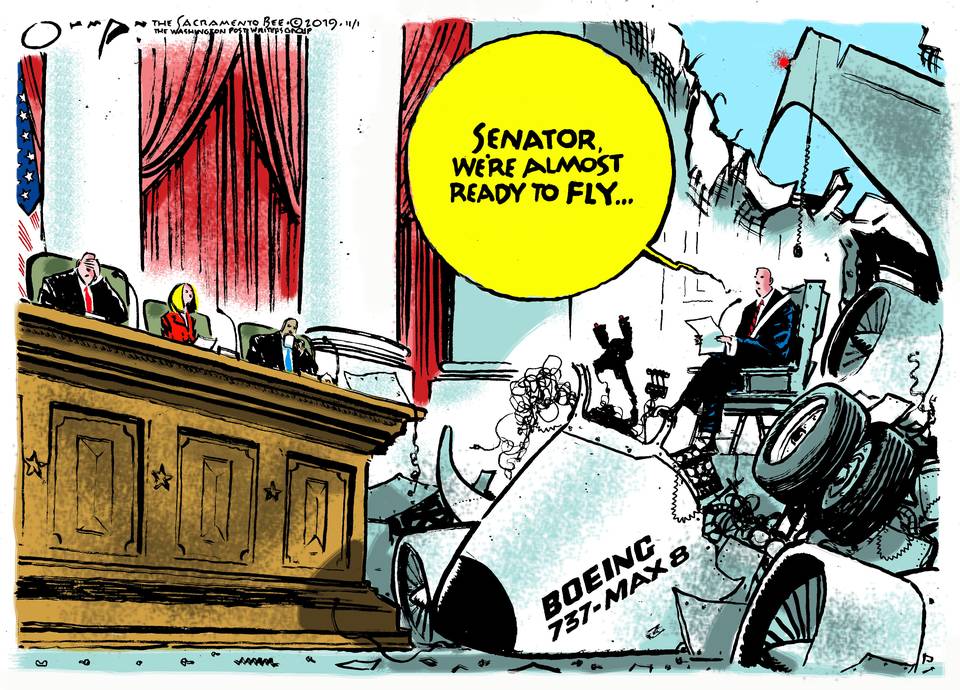 Signs of the season won’t go away: 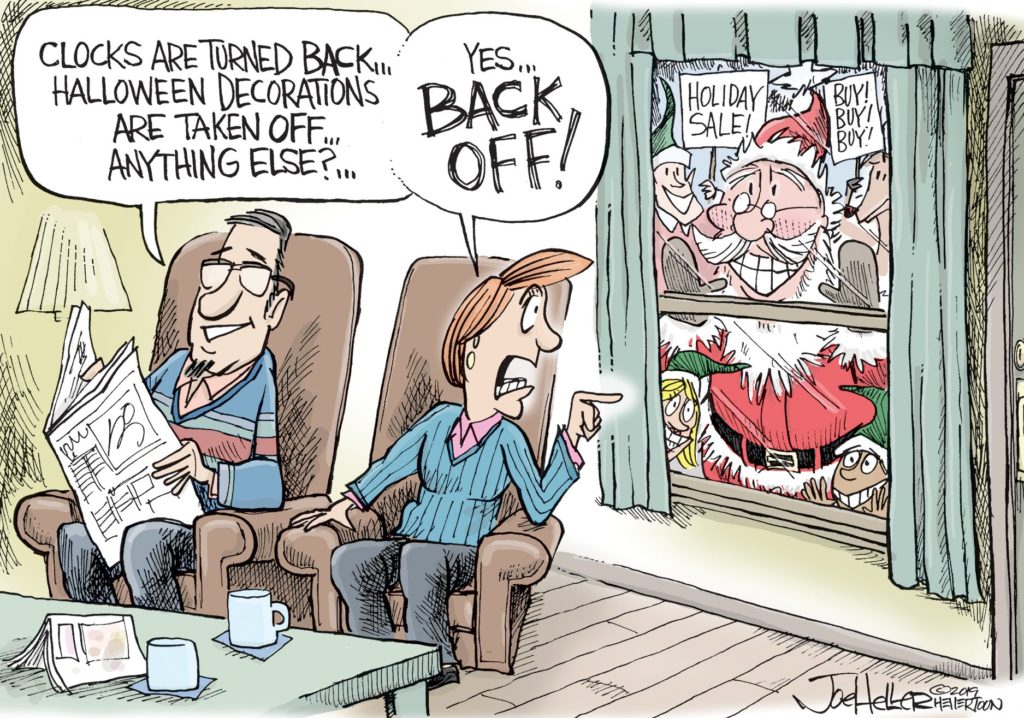