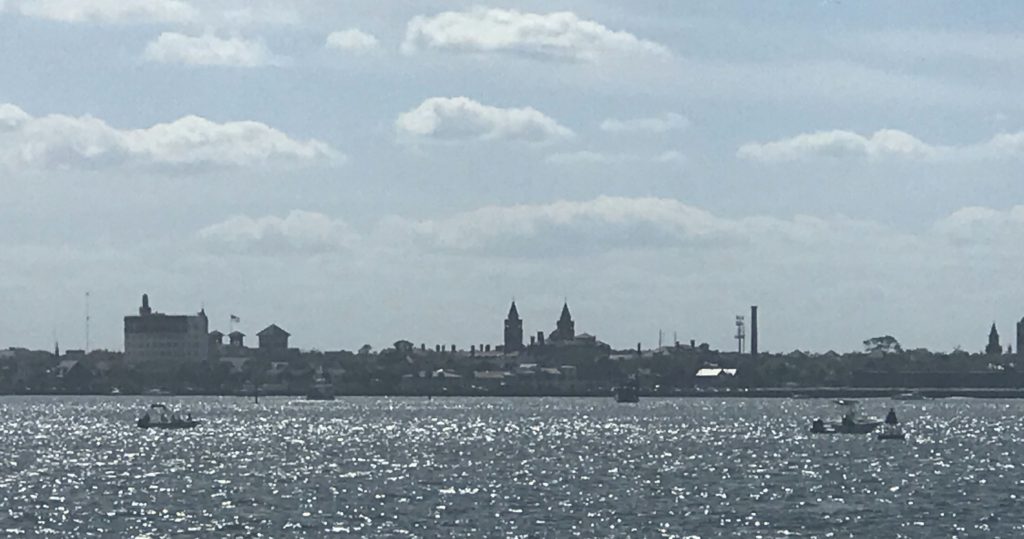 First to politics: Joe Biden rolled to a big win in South Carolina, and billionaire Tom Steyer and former mayor Pete Buttigieg both folded their tents. Some in the media say that Biden is once again the front runner, but Sanders’s win in Nevada remains significant, and he remains on track to pick up a lot of delegates in California and Texas.

The real news from South Carolina is that Biden has become the Not-Sanders candidate. For Super Tuesday, Bloomberg essentially replaces Steyer as the billionaire in the race. Super Tuesday results are less than 48 hours away, and after that, we’ll have a real idea of who really remains a viable candidate.

Second, peace in Afghanistan: After 18 years of war, we signed an agreement with the Taliban. The deal does not end the civil war, but it has placed the outcome of the conflict in the hands of the Afghan people. Heather Cox Richardson quotes Laurel Miller, the former deputy and then acting Special Representative for Afghanistan and Pakistan from 2013 to 2017 for the State Department: (emphasis by Wrongo)

“There’s nothing new in the Joint Declaration signed in Kabul today. It reaffirms existing commitments and it re-states some of US-Taliban agreement. Its purpose is evidently political symbolism.”

She explained: It includes the Afghan government and its opposition in future discussions. It draws down US troops to 8600 people—the number who were there when Trump took office, and promises “all” will be gone within 14 months. The 8600 drawdown has long been planned. In exchange, the Taliban will “not allow any of its members, other individuals or groups, including al-Qa’ida, to use the soil of Afghanistan to threaten the security of the United States and its allies.”

“The Taliban got a lot. It got its main goal—a clear timeline for US withdrawal—and fast removal of sanctions and prisoner releases. The US got the power to decide whether “vaguely-stated conditions are met, so that in reality can withdraw when it chooses—will be political not military decision.” The Afghan government didn’t get much, but “this deal wasn’t really about the Afghan government.”

Trump, America’s Man of Peace. This looks a lot like what he did in North Korea, a PR moment that resembles a deal, but turns out not to be much of a deal.

Finally, the WaPo features a new report published by the Manhattan Institute, a conservative think tank, that clearly demonstrates the disconnect between the “great” economy described by economists, and the economy experienced by regular people. This chart shows the problem: 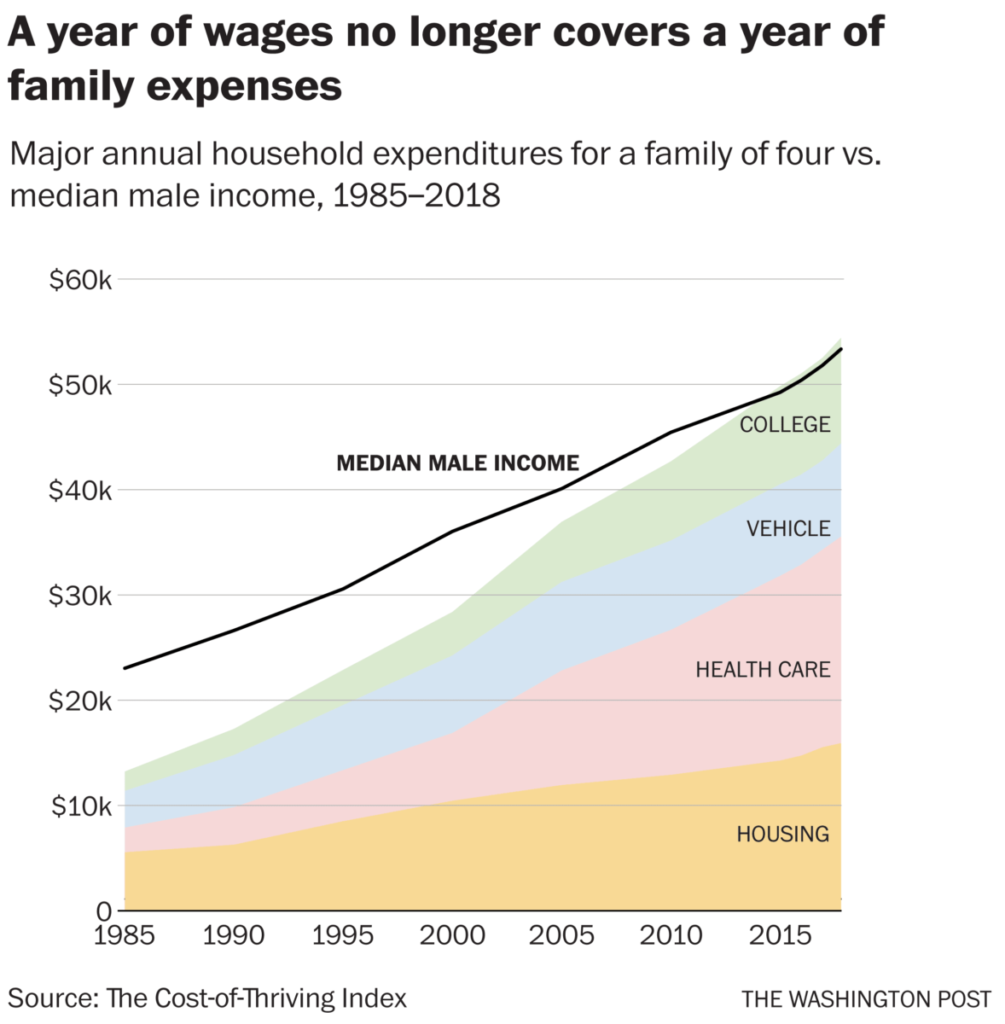 From the article (emphasis by Wrongo)

“In 1985, the typical male worker could cover a family of four’s major expenditures (housing, health care, transportation, education) on 30 weeks of salary….By 2018 it took 53 weeks. Which is a problem, there being 52 weeks in a year.”

In 1985, the typical male breadwinner could cover those costs, and still have 22 weeks of pay left for other family needs, such as food, clothing, entertainment and savings. Today, the typical salary doesn’t even cover the four basics.

They also looked at female earners. The typical woman needed to work 45 weeks to cover the four big annual expenses in 1985. Today she needs 66 weeks. The most astonishing conclusion is that it was easier for a female breadwinner to provide for her family in 1985 than it is for a lone male earner today.

Remember that the study comes from a conservative-leaning institute. Here’s Cass:

“You can have a rising GDP….but if it’s in the context of collapsing families and people no longer getting married and declining fertility rates and so on and so forth, you haven’t necessarily enhanced well-being.”

Wake up America! The GOP has undone 50 years of economic gains that produced a robust middle class and vastly more economic and social justice than the country had ever known before, or since.

They have chosen candidates whose real agenda was to assist the corporatocracy in fleecing the very people who voted for them. Their candidates ran on issues like the Second Amendment, abortion, gay marriage and immigration. And then, the GOP shifted the tax burden onto the middle class. They deregulated industry and socialized corporate losses, eliminating any downside risk for banks.

We can begin undoing these things by electing Democratic majorities in the  House and Senate in November.