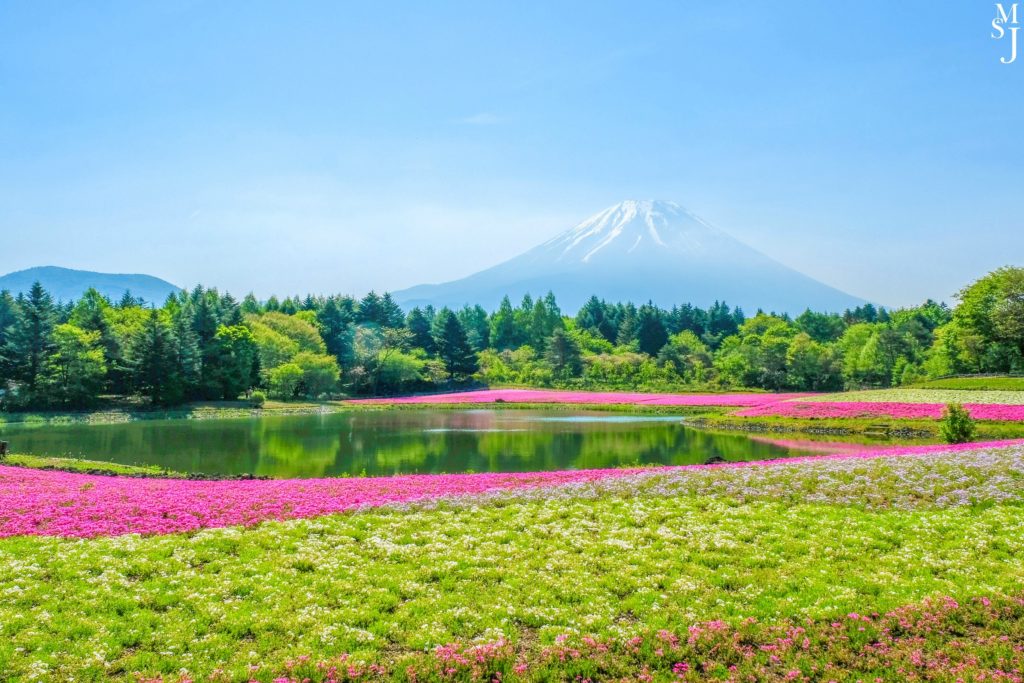 Mt. Fuji Japan, in springtime, with pink phlox in bloom – May 2017 photo by mysuitcasejourneys

It’s finally beginning to sink in just how wretched America’s going to look after the fight against the pandemic over the next month or two.

Our failed response will lead to many more deaths than would happen if we had been prepared. Is this failure caused by incompetence, or something much, much worse? It may not be worth debating, since people will die either way.

Let’s look at a few jaw-dropping examples. The Pentagon has just ordered 100,000 body bags. Sounds as if we really DO know how to do federal procurement, even though the lack of personal protective equipment (PPE) for healthcare workers is approaching emergency levels. We’re missing PPE because the Trump administration wouldn’t take responsibility for ordering those items centrally, to get the best price and the fastest deliveries.

Worse, Trump repeatedly assured Americans that the government had 10,000 ventilators in reserve to ship to the hardest-hit hospitals when needed. But many of the federal government’s remaining undistributed ventilators are broken! Apparently, 2,109 of them are unavailable because the contract to maintain the government’s stockpile lapsed last summer. Work on repairing them only began in January.

Isn’t cutting through red tape supposed to be a GOP strength? Didn’t they find the time to gut auto emissions just last week? But this $38 million ventilator repair contract simply couldn’t be expedited.

And CNN reports that Trump simply “took a gamble” that warmer weather would cause the virus to dissipate, siding with aides who were pushing back on the dire warnings coming from doctors on the coronavirus task force. Here’s Trump on February 10:

“You know, a lot of people think that goes away in April with the heat…as the heat comes in. Typically, that will go away in April. We’re in great shape though. We have 12 cases — 11 cases, and many of them are in good shape now.”

Did Trump just “get it wrong”? Are we looking at incompetence, or an inability to escape the GOP’s worldview about states’ rights?

More: As Abbott Laboratories began shipping its new 5 minute tests, the question of which states should get the new tests became an issue: (emphasis by Wrongo)

“During a Tuesday meeting of the White House coronavirus task force in the Situation Room, Vice President Pence and other officials discussed diverting new tests to areas where there are relatively few cases, according to two individuals familiar with the matter who spoke on the condition of anonymity to describe internal deliberations.”

The final consensus in the meeting seemed to be, “Let’s send it to the South and low density areas.”

Sure, forget about America’s current pandemic hotspots, where the virus has sidelined many first responders and health-care workers. Send the scarce resources to states where Trump can win in November.

That’s more than incompetence, its misappropriation of vital resources and self-dealing. What’s the point of forcing tests on people who think the virus is a hoax? There are plenty of spots clamoring for tests. Supply should follow the demand, unless you’re trolling for votes.

With the shortage of tests, testing has stalled at about 100,000/day, nationally. So long as the virus keeps spreading at a near-exponential rate, we will fall further and further behind, and fail to catch more new infections.

And the longer this continues, the longer it will be until the total lockdowns can be lifted.

The lag in delivering more and faster test results deprives hospitals of workers who could be responding to medical emergencies. It sows uncertainty among hospital officials who must decide what precautions for their staff to take. The competition for the new tests is so intense that governors and mayors are personally calling Abbott executives to try to get deliveries.

But this administration can’t seem to do anything that is rational and decent. Through incompetence, greed, and self-interest, they are botching this crisis at every possible point.

The Republicans were able to find $500 billion for Boeing, the airlines, and other large corporations, but just couldn’t see how to find a couple of $ billion to provision the sorely needed tests and PPE for America. Trump has blown every crucial decision he needed to make so far in this crisis.

Wrongo’s message for Republicans: There is something worse than having a Democratic president appoint judges for four years, and that’s having an incompetent in charge of the federal government during a national crisis that is unprecedented in living memory.

The man is beyond infuriating and demoralizing, he’s lethal.