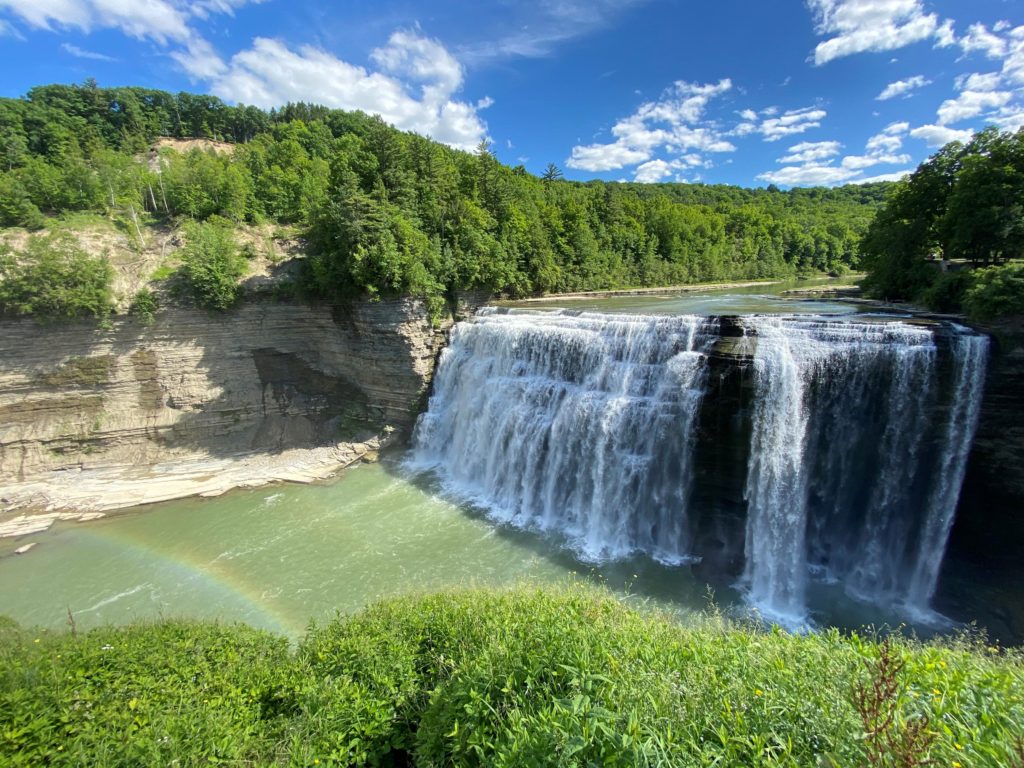 Trump’s crusade against Vote by Mail is hard to explain. He of course, votes by mail. And, there’s every reason to believe that in the battleground states, he might benefit from it. From the Washington Monthly: (brackets by Wrongo)

Trump ultimately won Florida by about 113,000 votes, not a truly significant margin going into 2020.

Trump world is taking what their leader says about vote by mail very seriously. The Detroit News reported that this happened last Friday:

“People burned letters informing them that they can vote by absentee ballot in future elections during a protest near Grand Rapids. The applications were burned…during an event called Operation Incinerator….Many people had flags, shirts and signs showing support for President Donald Trump and Republicans.”

The protestors were offended that Michigan’s Secretary of State mailed absentee ballot applications to all registered voters. They may have been misled by Trump’s false claim that actual ballots were mailed instead of what was mailed: applications for ballots.

But, it’s widely believed on the Right that making voting easier benefits Democrats.

Many Republicans also believe it will make it easy for the Democrats to commit voter fraud. This belief has also been stoked by Trump. And yet, Pennsylvania voters got mailers from the Republican National Committee encouraging them to apply to vote by mail. The flyers described the option as “convenient and secure.”

At stake for both Parties is what an expansion of mail-in voting this summer means for the November election. If more people vote by mail now, they will likely prefer to vote the same way in the fall. Trump has said:

“Mail ballots, they cheat. People cheat.… Mail ballots are a very dangerous thing for this country because they’re cheaters.”

Florida, Michigan, and Pennsylvania are all vital to Trump’s reelection, and he is sabotaging himself in each of them. It’s important to remember that Trump won those states by a total of just 77,000 votes. Those states all have subsequently amended their election laws to be more permissive for absentee ballots.

Floridians may be less influenced because so many there are already used to voting by mail.

It seems to be an article of faith on the Right that voter suppression is a key to victory, but that seems to have backfired in Georgia. Urban polling stations were subject to serious problems. So you’d think that making urban voters wait several hours to vote would discourage them, that many would give up and leave.

But it didn’t work out that way: (emphasis by Wrongo)

It appears that for every Georgia vote the Republicans tried to suppress through active and passive means, they somehow created several more actual votes! This result doesn’t make their tactics any less odious, but it calls into question whether as constituted, they actually will work in November.

Still, Republicans are spending $10 million this year on legal battles against attempts to expand voter access in Michigan, Florida, Arizona, and Minnesota.

It’s hard to see a scenario where Trump’s campaign against vote-by-mail won’t make it harder for him to win, particularly since he seems at cross-purposes with many local Republican organizations.

If his lying messaging helps to limit him to one term, please proceed Mr. Trump.