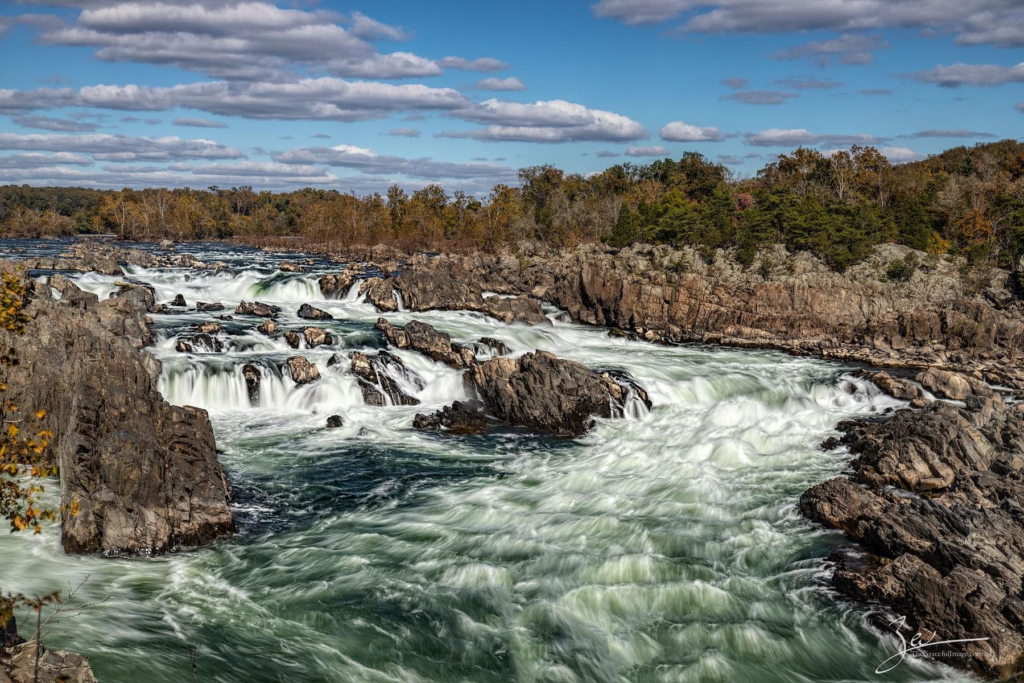 Great Falls, VA – photo by Zev Steinhardt Photography. These falls on the Potomac River are about 15 miles west of DC.

A few distressing stories about police and their relationship to our society came up in the past few days. First, the NYT reported on a claim that anti-police employees at a NYC Shake Shack restaurant had “intentionally poisoned” three officers who ordered milkshakes.

The story was initially broken by the Detectives’ Endowment Association in New York, who claimed on Twitter that the officers had been targets of an attack:

“Tonight, three of our fellow officers were intentionally poisoned by one or more workers at the Shake Shack…”

The NY Police Benevolent Association (PBA) chimed in, insisting that the attack was part of a larger, nefarious anti-police crusade:

“When NYC police officers cannot even take a meal without coming under attack, it is clear that [the] environment in which we work has deteriorated to a critical level. We cannot afford to let our guard down for even a moment.”

Numerous media outlets then reported that NYC officers had been poisoned on purpose.

But, the story was misleading. NYPD found that no crime had been committed. The problem may have been that the milkshake machine wasn’t properly cleaned. Eric Boehlert:

“The false story played right into a right-wing fantasy portrayal of police critics and the Black Lives Matter mindset — the idea that activists are plotting ways to poison and kill members of law enforcement….the mainstream media is too quick to buy into the false portrait and to embrace bogus stories that support that characterization.”

So much paranoia. Who knew police are such snowflakes?

Second, Atlanta police reacted to the murder charge against Garrett Rolfe, the policeman who was fired after he shot Rayshard Brooks twice in the back, killing him. Hours later, CNN reported that Atlanta police stopped responding to calls in three of the department’s six zones.

The WaPo reported that Vince Champion, the southeast regional director of the International Brother of Police Officers said:

“This is not an organized thing, it’s not a blue flu, it’s not a strike, it’s nothing like that…What it actually is, is officers protesting that they’ve had enough and they don’t want to deal with it any longer.”

The “blue flu” is a de facto police strike in which a large group of officers simultaneously call in sick. Essential state employees, like police and first responders, are legally forbidden from actually walking out on the job in many jurisdictions.

These police are protesting about no longer being automatically above the law in Atlanta. This is a form of extortion by some police who fail to perform their duty; it is another form of abuse that is being shown by elements of the police in our nation. Trump gave them air support on Fox News:

Once again, the myth that police are the real victims persists. The road to reform will be long and torturous. We will not succeed in reforming the police by calling it “defunding”, or “reimagining” them. We have to start by taking away their military style weapons and by holding them accountable for their actions.

In other words, we have to defang the police.

Law enforcement has simply been allowed by towns and cities to rot. The problem has lasted because people of color are the police’s primary targets. White people aren’t harassed by the police anywhere near as much as people of color. So if something doesn’t affect you, you tend to ignore the problem, or do nothing to eliminate it.

We have to start by DEFANGING the police, but it won’t be easy.

Let’s remember that the last person to successfully break up the police was Sting.

Besides the police unions, there is the astonishing frequency with which the police report of an incident is a bald lie. It will take a lot.

The elephant in the room is the people that are attracted to the job. More often than not those who have low self esteem, have something they want to prove and are mad for power. All the recorded “bad” interactions show this. They have no regard for the people they are supposed to be serving and protecting.