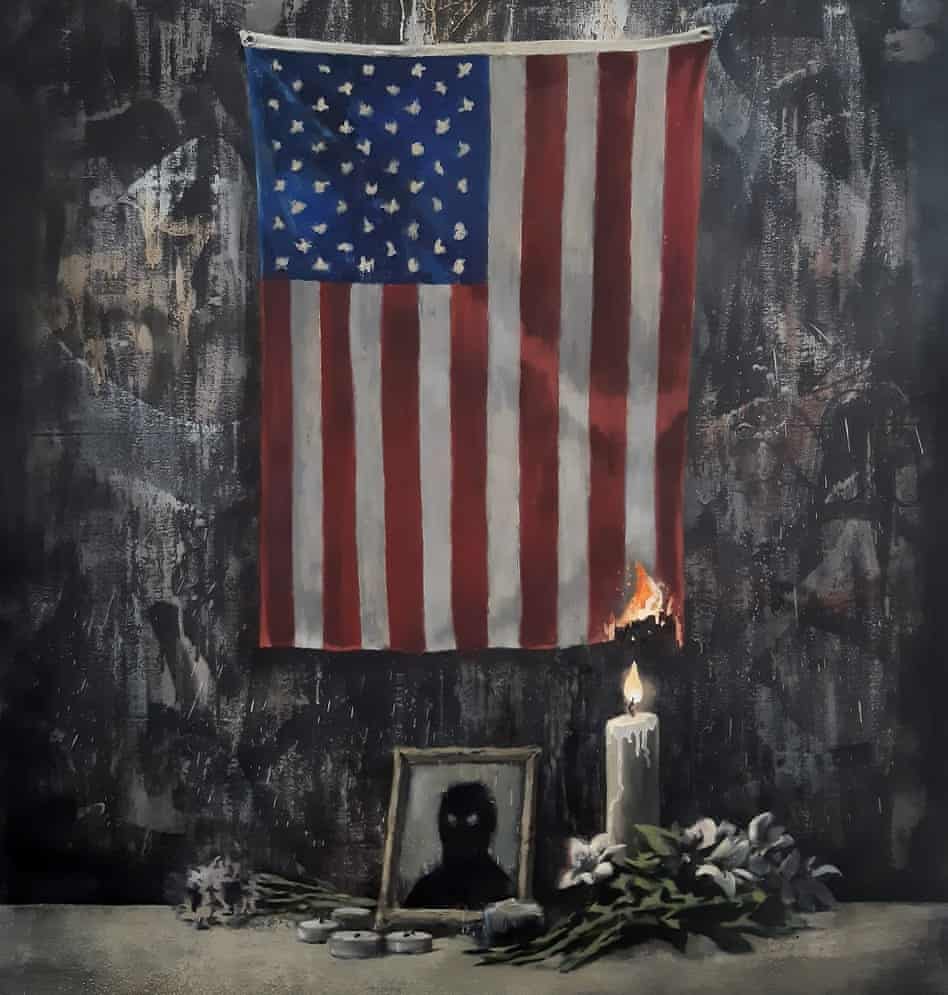 Banksy is a well-known British graffiti artist whose identity is secret. But he’s become well-known, gaining attention for his politically charged works. The above appeared in an Instagram post where Banksy says:

“At first I thought I should just shut up and listen to black people about this issue. But why would I do that? It’s not their problem, it’s mine. People of colour are being failed by the system. The white system. Like a broken pipe flooding the apartment of the people living downstairs. The faulty system is making their life a misery, but it’s not their job to fix it. They can’t, no one will let them in the apartment upstairs. This is a white problem. And if white people don’t fix it, someone will have to come upstairs and kick the door in.”

Well said. We all should know where the responsibility lies for fixing the problems of racism.

Let’s hope that Americans understand the threat and the opportunity posed by this moment. Racism and the indiscriminate use of violence by police are burning the fabric of our society. How the fire is put out is entirely in our hands.

And the demonstrations continued over the weekend, mostly peacefully, at least as Wrongo writes this. These rallies have quickly become the focal point of a nationwide movement against systemic racism, and for police reform. They’re becoming better organized, and are unlikely to end soon.

Thousands gathered on Capitol Hill on Saturday to join a protest organized by Freedom Fighters DC. It drew one of the largest crowds since protests began there: 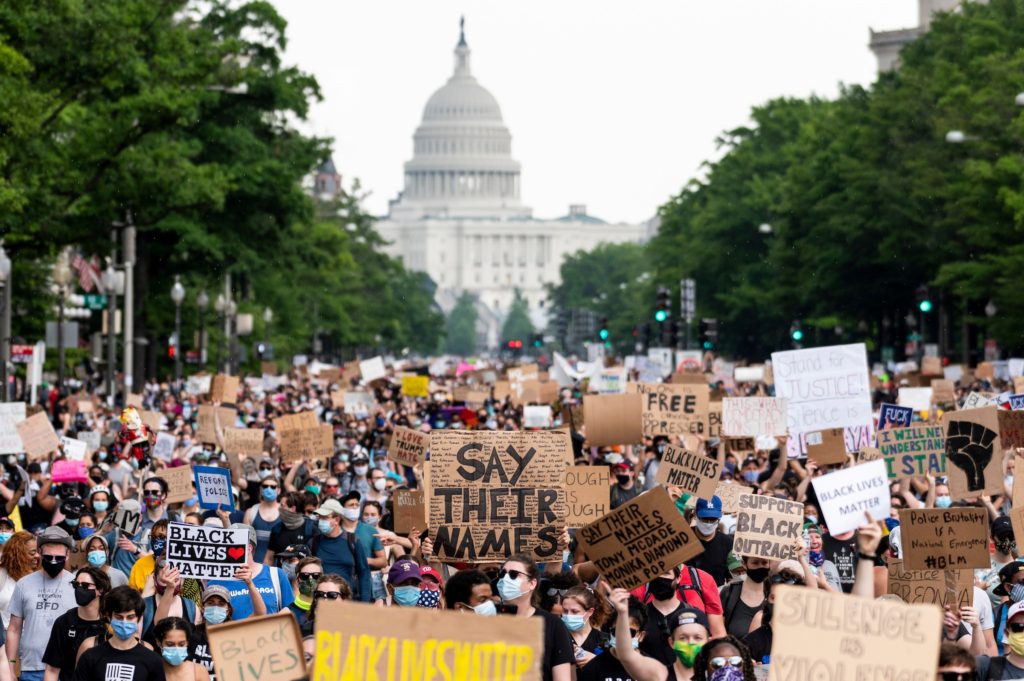 “…he [Sen. King] drew connections between the current uprisings and his experience at the 1963 March on Washington. He was a 19-year-old student at Dartmouth College and was on hand for Martin Luther King Jr.’s “I Have A Dream” speech at the march on Aug. 28, 1963.”

At the time, Wrongo was also a 19-year-old student, studying at Georgetown in DC. Sen. King says that this is a “full circle moment” for him, and Wrongo agrees. It’s a full circle moment for America. We appear to be on the verge of something big, politically.

“This is what America is all about. First Amendment rights of people to peaceably assemble and petition the government for the redress of grievances. This is a 400-year-old grievance…”

Roll Call reported that protesters and police kept each other at a distance and largely avoided skirmishes. King noted that Saturday’s crowd was about 80% white and young, which he called “significant” in comparison to Dr. King’s 1963 March on Washington.

Having a large element of white support for the DC marches is important to building the political momentum for change. As Banksy said, “People of colour are being failed by the system. The white system”.

“Since the beginning of this country, riots and violent rhetoric have been markers of patriotism. When our Founding Fathers fought for independence, violence was the clarion call. Phrases such as “Live free or die,” “Give me liberty or give me death,”…echoed throughout the nation, and continue today.

“Black rebellion and protest, though, have historically never been coupled with allegiance to American democracy. Today, peaceful demonstrations and violent riots alike have erupted across the country in response to police brutality and the killings of George Floyd, Breonna Taylor, and Ahmaud Arbery. Yet the language used to refer to protesters has included looters, thugs, and even claims that they are un-American.”

Particularly by Trump and Barr.

In reality, if we are to fix what’s wrong, it’s going to be fixed town by town and city by city. That means that domestic policing in the US needs to be reinvented from the ground up. It will be a huge job, since there are more than 18,000 police departments in the US.

It’s time to wake up America! We’re again seeing a grand revealing of what’s been behind the curtain since 1619.

We’re waking up to: “this is what’s going on in America?” Hopefully, it’s not too late.

And with COVID-19 added to the mix, we’re looking around, saying: “Wow. Why is everyone so vulnerable? Why is everyone living paycheck to paycheck? “What’s with the police brutality?”

Time to wake up and get busy. It will take an overwhelming turnout in November to right this sinking ship.