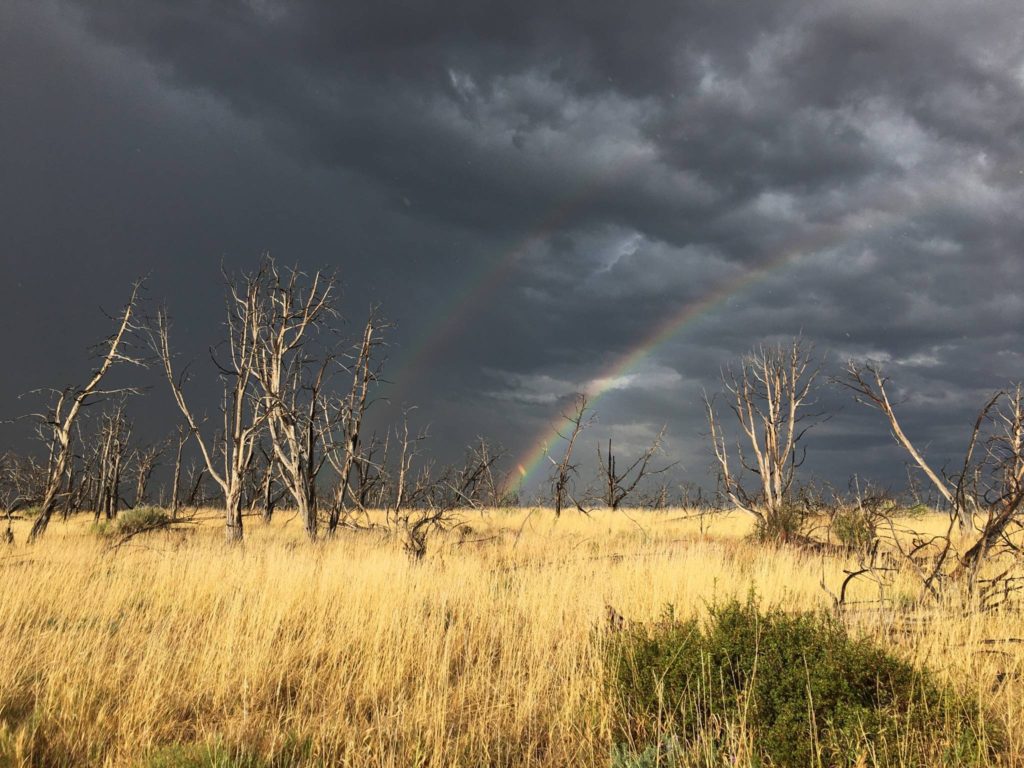 It’s once again getting difficult to write about this stuff. Trump is willing to deploy a secret army to protect buildings, but he won’t take responsibility to protect human beings from a pandemic that is killing Americans at the equivalent of three jumbo jet crashes a day.

Let’s focus on the conflict between the First Amendment and the Second Amendment that’s been playing out on our streets since the murder of George Floyd in May. Early in the COVID pandemic, armed protestors carried their long guns into the Lansing, MI state capitol demanding an end to the shutdown. They also stood around in Richmond, VA and in both cases, law enforcement kept their distance, bending over backwards to avoid creating a confrontation.

When unarmed protestors showed up in most American cities after Floyd’s murder, law enforcement more or less did whatever they wanted to them. The sustained brutality of the police against unarmed protestors (there are more than 800 video-recorded incidents of police violence) is prima-facie evidence supporting the protestors’ message.

There are political ramifications and lessons to be learned from the reactions of both groups of protestors and local and federal authorities.

Carrying guns into a legislature completely undermined whatever goals the protestors in Lansing and Richmond were trying to accomplish. The response from most Americans was to ridicule them. The police believed that the armed protestors weren’t going to use their weapons. They knew that letting them yell and march around would placate them. Law enforcement was pretty sure they wouldn’t be back in larger numbers the next day.

On the other hand, the unarmed protestors inspired by George Floyd’s death started a national conversation about the role and conduct of the police. The BLM protestors turned out in the hundreds of thousands, every day, and theirs was largely an anti-police message.

Carrying arms would have certainly undermined their message. Armed anti-police protestors would have credibly shown (to the eyes of most Americans) that a violent police response was probably appropriate. Unarmed protestors have a moral weight that is completely lacking in the messaging of the armed anti-shutdown protesters.

More importantly, the BLM protestors are targeting their message at people who will vote in November.

The sustained, mostly non-violent nature of the protests in the face of an often-brutal police response (and now in Portland, a similar response by federal secret police) gives the protestors political power. Right now, a majority of the rest of the country is on the side of the Portland protestors. This is the exact opposite of the public’s response to the armed protestors.

Another factor is that Rep. John Lewis’s death reminded us of the 1965 march across the Edmund Pettus Bridge. Think about how different things would be today if those marchers had been armed. There would have been even greater state-sanctioned violence; and most of America at the time would have seen it as justified. It was those unforgettable and unforgivable images of brutal police violence against unarmed and peaceful marchers that shocked the nation and government enough to change the law.

Lasting change only comes through voting, and putting pressure on elected officials to sanction bad actors and change laws that enable bad behavior. That only happens if the protestors gain and keep credibility with voters.

Isn’t it sad that Trump sees two monsters, civil unrest, and the pandemic, and chooses to say that fighting the pandemic is up to the states, but graffiti on federal courthouses is the hill he’s willing to die on? This is the fallout: 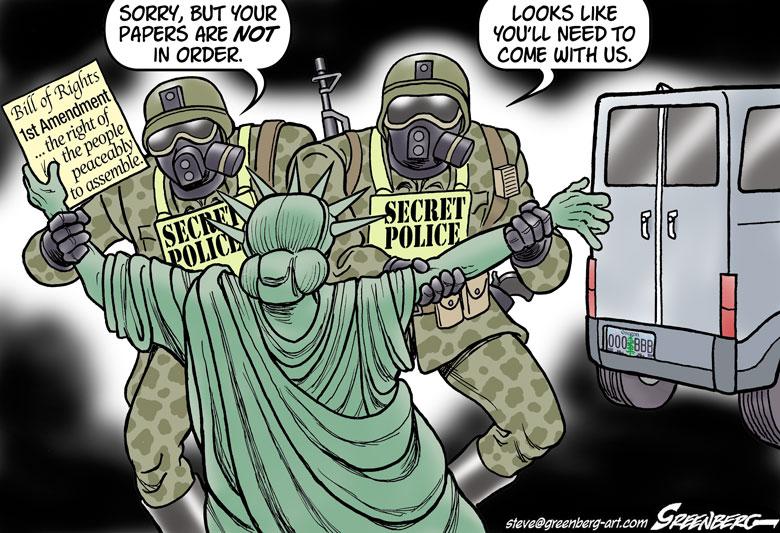 A bunch of people in Portland have sprayed graffiti on buildings, broken windows, and started fires, which, to be clear, is wrong and should be punished. Trump’s response was to send in the feds, in force.

Trump’s play is to use federal law enforcement to prod the protestors into more unrest and property damage. He will continue calling peaceful protesters rioters and anarchists. He will try to paint Biden and the Democrats as enablers of the downfall of American society.

This old storyline has worked in the past. Portland is the test of Trump’s playbook. Protestors have to remain mostly peaceful in the face of threats and physical violence by the Federales.

That must be the BLM playbook.

It’s not going to be pretty. People will get hurt.