In his speech accepting the Democratic Party’s nomination for president, Biden said he’ll be an “ally of the light”. He said, “Make no mistake, united, we can and will overcome this season of darkness in America.”

Donald Trump called it the “darkest and gloomiest convention in American history”.

He and the Republicans get their shot starting on Monday. Will the GOP convention be dark and gloomy? Of course! After all, this is the guy who gave us the “American Carnage” inauguration speech.

He’s the guy who said “send them back” about four American Congresswomen who were dark-skinned US citizens. The guy who last week praised QAnon, the conspiracy theory movement that thinks the government is being secretly run by Satan-worshiping pedophiles. He’s the guy who tear-gassed a peaceful crowd so he could walk to a church for a photo-op. This is the guy who sent secret police into cities.

He’s the guy who wants to be re-elected, even if he has to cheat to win. He wants to send law enforcement officers to polling places on election day, something that’s illegal.

But, the darkest and gloomiest thing is that the most negative, hateful person to have ever entered American politics will be re-nominated by the GOP. His campaign will include a very large dose of us vs. them, lies, hate, and racism. On to cartoons. 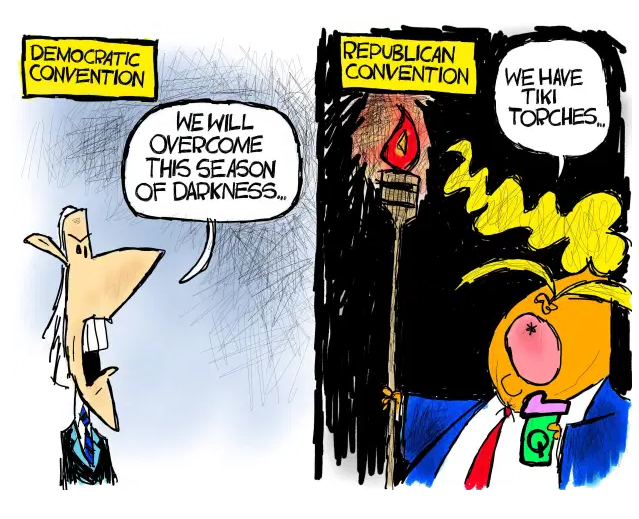 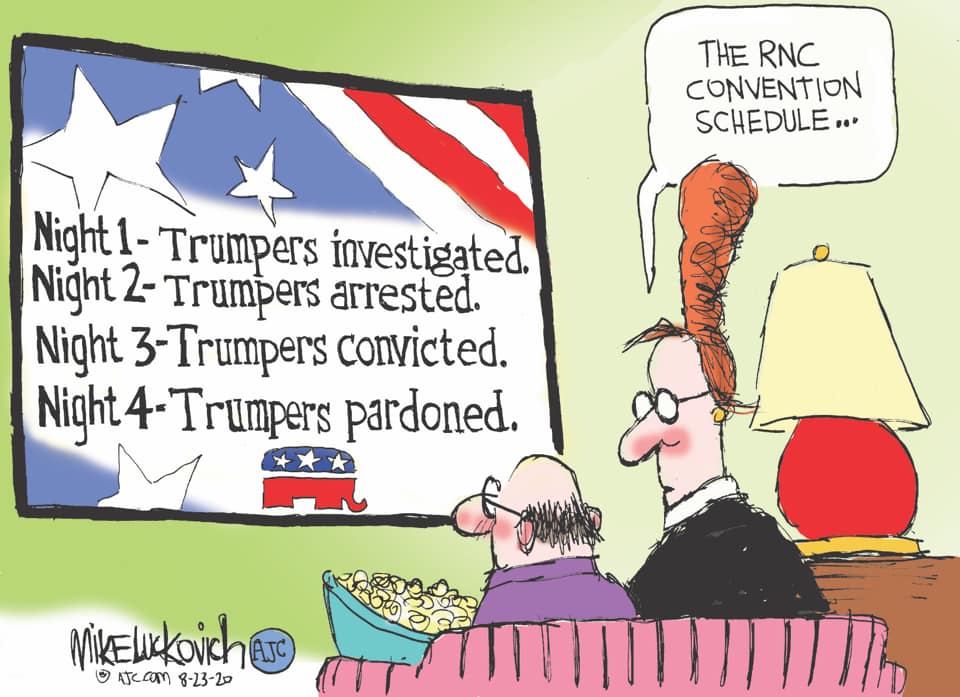 How the election’s effort to find common ground will go: 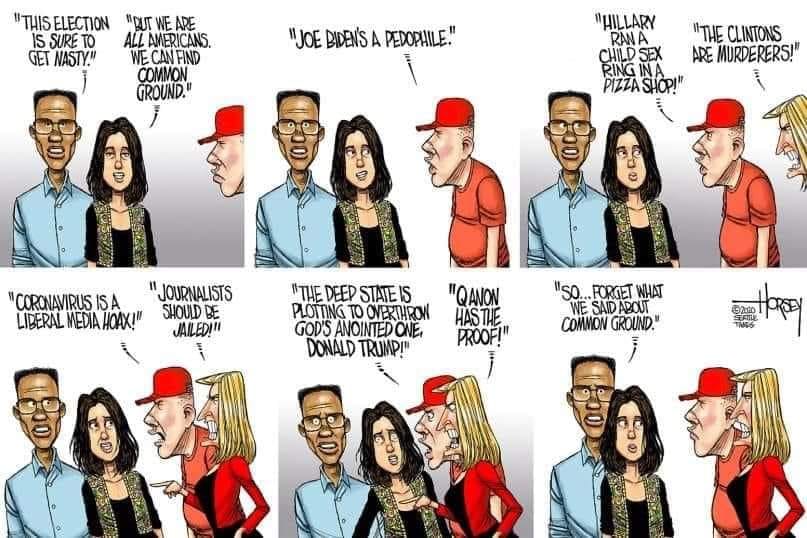 What to expect with mail-in ballots: 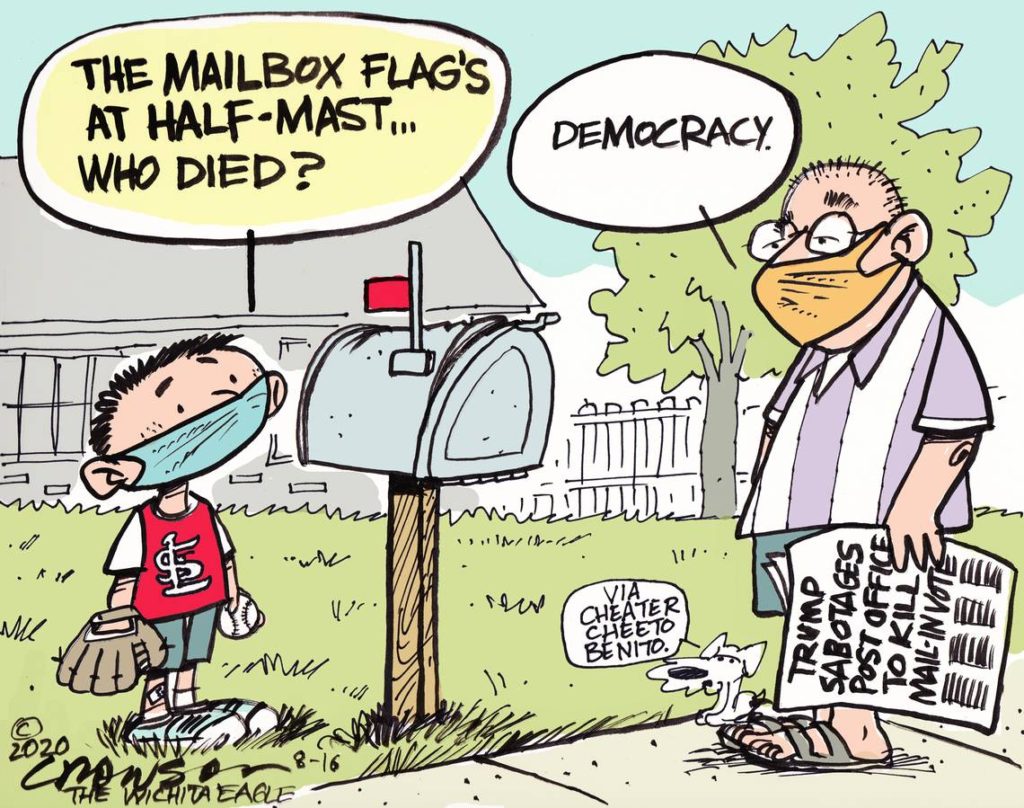 Back to school means new tests: 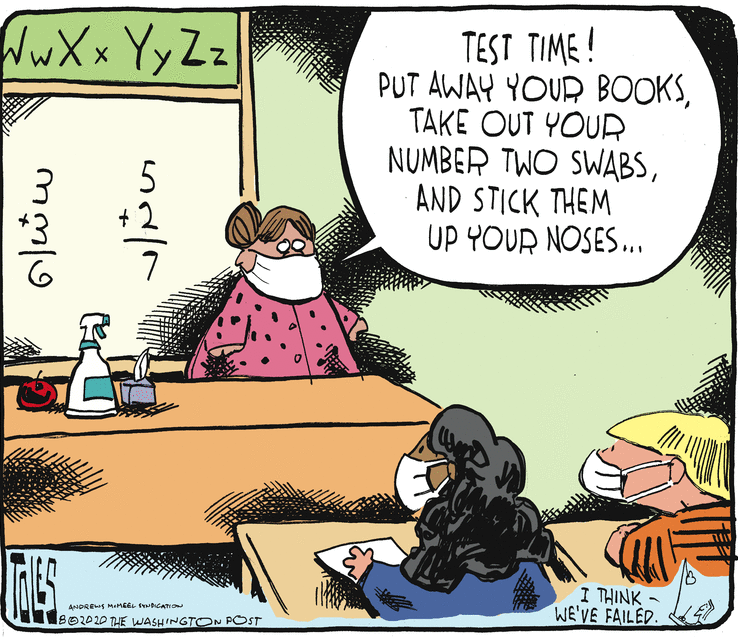