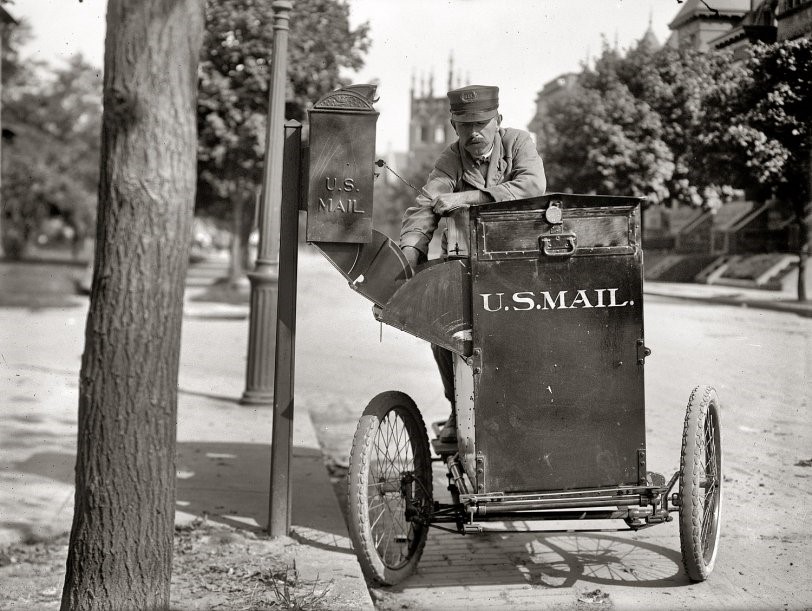 The WaPo reported that while speaking on Thursday to Fox Business Network, Trump confirmed that he opposes funding for mail-in balloting in order to make it more difficult to expand voting by mail:

“Now they need that money in order to make the post office work, so it can take all of these millions and millions of ballots….But if they don’t get those two items, that means you can’t have universal mail-in voting, because they’re not equipped to have it.”

It gets worse. Salon reports that mail sorting equipment is being removed from Iowa’s Postal Service offices. This was confirmed to Salon by Kimberly Karol, the head of the Iowa Postal Workers Union: (brackets by Wrongo)

New Postmaster General DeJoy has also made a proposal to nearly triple the postage costs to states for mail-in ballots.

It’s time for the press and the Democrats to stop pussy-footing around about what’s going on here: Trump is saying out loud that he plans to steal the election. He’s certain that if people are actually able to cast their ballots he will lose, so he’s going to try to destroy the post office.

The Democrat’s strategy has been to move as many votes as possible to “vote by mail” in order to cut down on the hours-long lines on Election Day that are caused by states gaming the election by having fewer polling places and voting machines. Not standing in long lines might also save a few lives in a time of pandemic.

Trump wants to sabotage their strategy, and so far the Dems are behaving as if not much is happening. They are basically hoping Biden’s inroads with Trump’s 2016 voters will be enough to override the weakening of voting rights in the past four years.

The NYT’s Jamelle Bouie observes that Trump’s best chance of remaining in office is to have a nominal lead on Election Day and let the Republican Courts have a shot at Trump v. Biden:

“There’s no mystery about what President Trump intends to do if he holds a lead on election night in November. He’s practically broadcasting it.

First, he’ll claim victory. Then, having spent most of the year denouncing vote-by-mail as corrupt, fraudulent and prone to abuse, he’ll demand that authorities stop counting mail-in and absentee ballots. He’ll have teams of lawyers challenging counts and ballots across the country.”

In other words, if Trump is leading on election night, there’s a good chance he’ll try to disrupt and delegitimize the counting process. That way, if Biden pulls ahead in the days (or weeks) after voting ends, Trump will have given himself a basis to reject the outcome as “election fraud.”

The only way to prevent this scenario from getting the oxygen it needs, is to deliver an election night lead to Biden.

That means people either vote in person, or they physically drop their mail-in ballot in an official ballot “drop box”. Either will protect your vote from the president’s attempt to undermine the election for his benefit. If you care about the outcome on Election Day, do one or the other.

We’re living in a time where whistleblowers are fired, the Postal Service and our voting rights are being dismantled, and the Republican Senate looks the other way.

Wrongo said that we should talk further about the concept of criminal negligence. When you have authority, like Trump, DeJoy and the Republicans, if you do something a reasonable person should know would cause harm, you are responsible for causing that harm. Presidential power comes with duties to the country, and Trump’s broadly responsible both for the welfare of the American people, and for the consequences of his actions.

Not funding vote by mail is broadly harmful to the people, and to the Constitution.

Now, it’s unlikely that this will be resolved before November. Pelosi and Schumer are 100% right to hold out for a comprehensive stimulus bill that includes funding for vote-by-mail.

Even if they succeed, we’ll need two things: Massive voter turnout, and a long memory that deals with all of this once Trump is out of power.

This is where we are. One of our two major political parties is in open opposition to voting rights: They’re trying to stop people who don’t vote Republican from voting at all.

It’s just another national disgrace that’s happening silently in the year of the Great Pandemic.

Wife and I are 4 blocks from the polling place – we will be there at 6 AM.

Well done! As usual, I agree with you