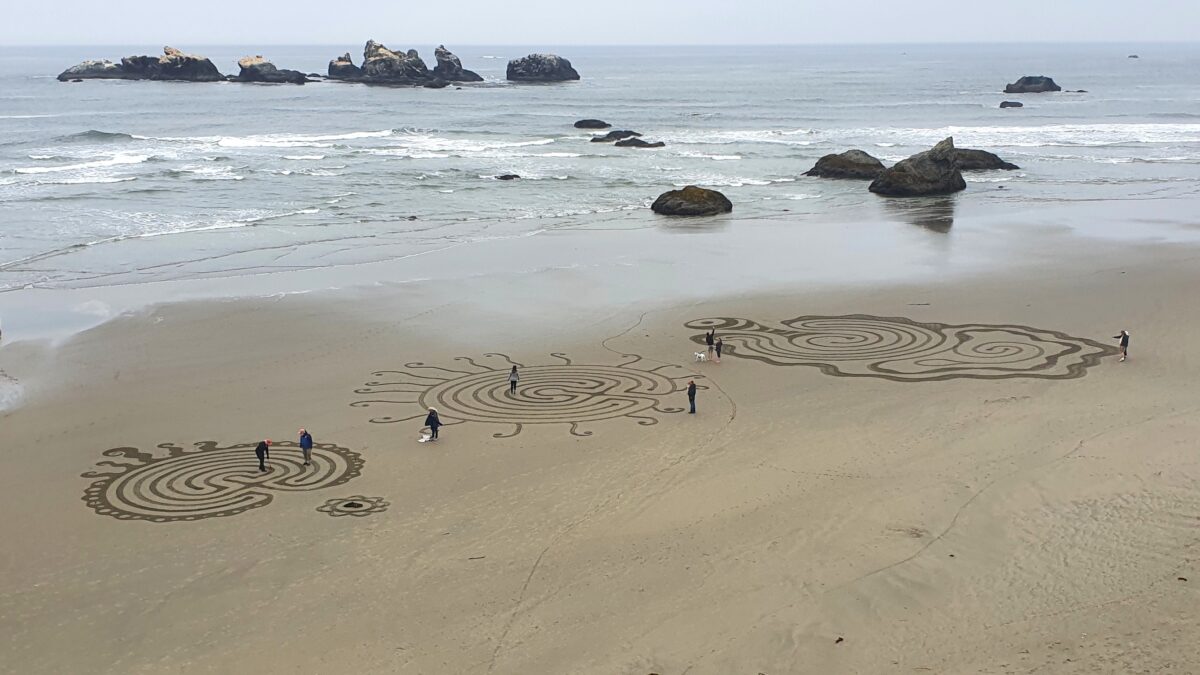 Mandalas in the sand, Bandon, OR – September 2020 photo by Ottho Heldring

It’s been 19 years since the 9/11 terror attacks took the lives of 2,974 Americans. On Thursday, Wrongo had a good discussion with an old friend about how the nation has lost its ability to see things the same way. Everything today is polarized.

Back on 9/11/2001, we grieved together, we felt a sense of national purpose. After 9/11, we mourned on a national scale. It was a galvanizing event for most of us, but it soon was exploited to make terrible decisions. And today, Americans rarely see things the same way.

Garrett Graff reminds us in the Atlantic that on 9/11, NYC’s hospitals geared up for massive casualties, but so few had survived the attack, the hospitals were empty. He asks: (emphasis by Wrongo)

“So why does the grief of 2020—when the coronavirus pandemic has actually filled hospitals in New York and in communities across the country—feel so different? Why does our country, so united after 9/11, feel so splintered now?”

Grief for COVID-19 victims has been a completely different experience. We haven’t been able to mourn together. Physical distancing means that families couldn’t say goodbye to dying relatives. They couldn’t stand together at a graveside. Funeral and memorial services happened on Zoom.

“…whatever shared national spirit existed in the first weeks of the pandemic has been fractured beyond repair….the only major collective gatherings America has seen since March have been angry street protests triggered by deaths at the hands of police.”

Then we experienced the predictable political posturing. The pandemic’s been with us for so long that every day feels like a replay of yesterday. We’ve got little to unite us, and little to do except mask up and wait for a vaccine that could be years away.

The pandemic hasn’t galvanized us; it’s paralyzed us. We’ve become a “can’t do” America. We can’t test enough people. We can’t re-open (or keep open) our schools. We can’t return to work. We won’t wear masks. Congress can’t fund our nearly 30 million unemployed.

Other industrialized nations have done a better job figuring out how to live successfully with the pandemic, but America’s watching “Groundhog Day”. And we’re racking up death tolls equal to another September 11 every three to four days.

Worse, we’re becoming more politically polarized in our views of Covid. Early on, Trump called for “liberating” Democratic states “under siege” from masking and social distancing measures. Polls from early March showed partisanship was the biggest predictor of Americans’ behavior and perceptions of the Coronavirus threat. The map of countermeasures that various states enacted initially broke down largely by Republican and Democratic leadership.

Even today, 69 of the 77 major colleges playing football this fall (89.6%) are in states that Trump won in the 2016 election. From the Carnegie Endowment:

“Divisiveness is likely to be exacerbated in highly unequal countries like the US, where the virus affects groups differently, particularly when those identities cluster along partisan lines. While viruses may be blind to such dividing lines, healthcare systems and low-wage jobs are not.”

These inequities intersect with politics. African-Americans, Latinos, and the poor are hit the hardest by coronavirus-related deaths and job layoffs. These groups tend to be aligned with the Democrats. They tend to live in urban areas that have been disproportionately impacted thus far.

Meanwhile, Republicans see the deaths as a cost of doing business, refuse to mask up, claiming the cure may be worse than the disease. These differentiated experiences of the outbreak reinforce the notion that there are two pandemics taking place in two different Americas.

This means that there’s no soothing for you today. Rather, it’s a time for reflection on what’s happened to us in the past 19 years.

Wrongo recently discovered a song by Mary Chapin Carpenter, written on the first anniversary of 9/11. Carpenter was inspired by an interview of Jim Horch, an ironworker who was among the early responders at the World Trade Center site. Here’s part of what Horch said:

“My responsibility at the site was to try to remove big pieces of steel. The building fell so hard there wasn’t even concrete. It was dust….I started to feel the presence of spirits…not very long after I was there. The energy that was there was absolutely incredible and…it was more than just the people that I was working with…it was energy left behind….One day when I was working, I felt this energy and it felt lost and it wanted to go home but it didn’t know how to go home and it came to me to go to Grand Central Station. When I got off the subway, I walked into the Great Room. Into where the constellation is in the ceiling. And I walked around the perimeter and…out of the building. I didn’t feel the energy anymore. I could feel it leave.”

When there’s tragedy, we all want to go home.