Trump has announced that Amy Coney Barrett is his nominee to the Supreme Court. She will make the sixth Catholic member of the court.

No one should object to Catholics, or even to having a majority of them on the Court. But, the Court, like the Electoral College, have become the last bastions of power for the minority in America. As currently constituted, they will block the rise of a broad coalition of diverse progressives from power for at least another generation. On to cartoons: 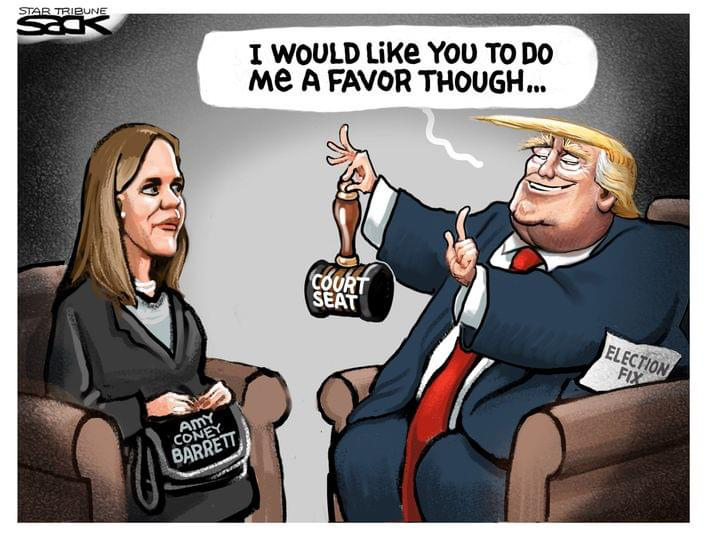 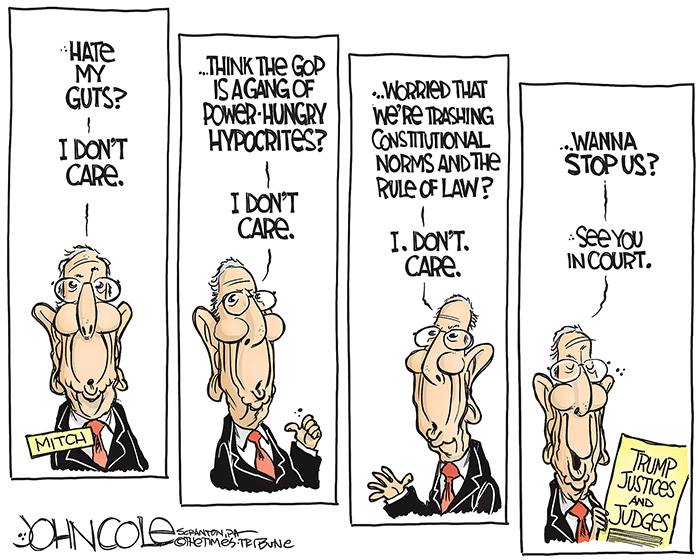 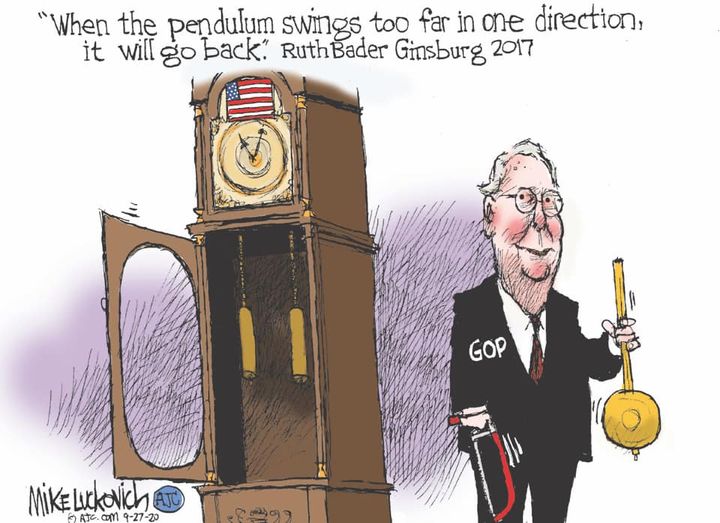 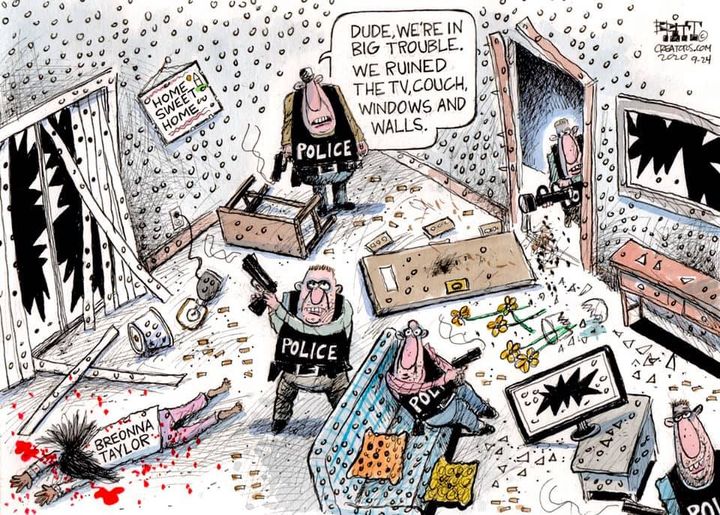 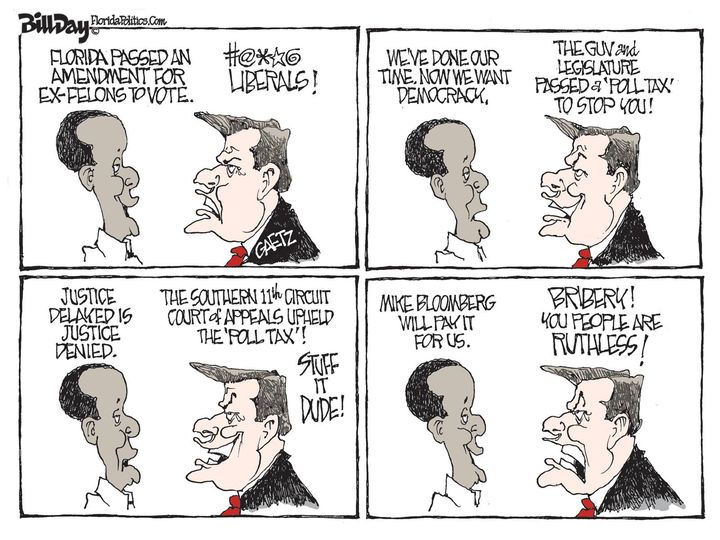 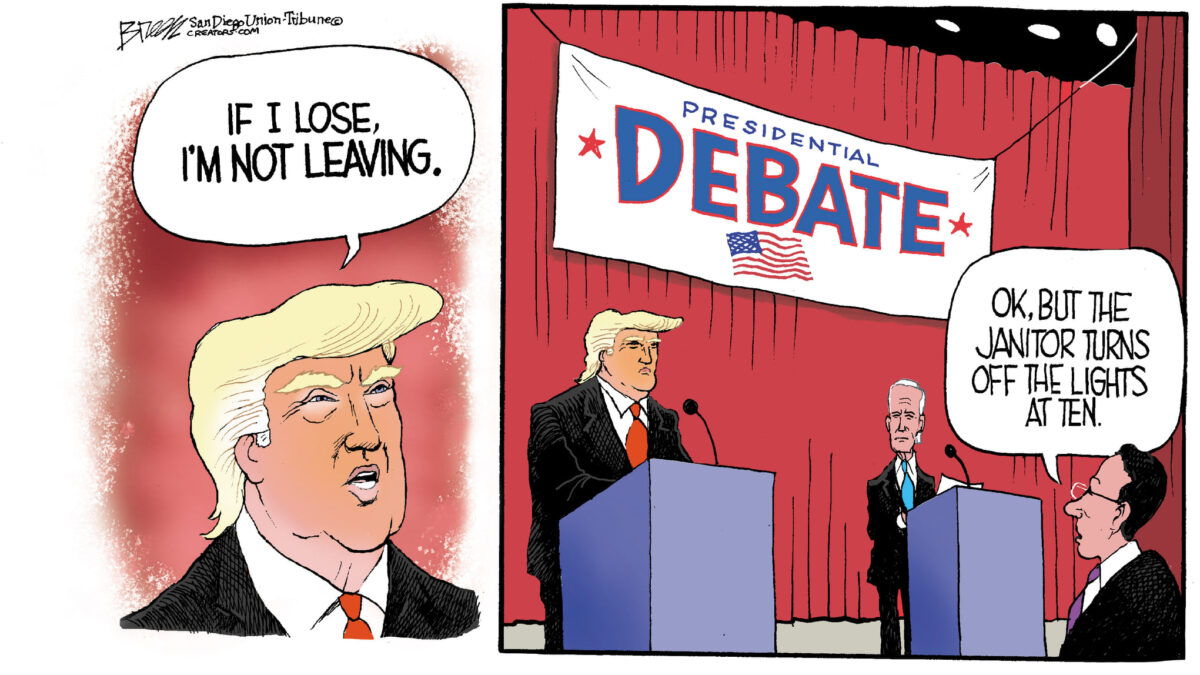 As a Catholic (culturally if no longer a follower) it is hard to stomach the hard core Catholics who present themselves to the world very much like the Pharisees of old. Thus an amoral enabler like Barr who lies profusely and seeks to harm others (specifically Trump’s opponents- but also protesters). But even the others who are presented as Catholic represent the well to do among Catholics, not the working poor who cannot afford to have a wife stay home to raise children (or hire nannies). Roberts, Kavanaugh and Amy Coney Barrett are children of the upper middle class, private schools and live at a far remove from the average Americans who will live under a rule of law that exists to prevent the government from doing anything for anyone.

We have already seen this in the past 3+ years where there have been no initiatives to improve the lot of Americans. None at all.

@Terry: nicely said. I’m a Jesuit-trained former Catholic. Agree that the social justice mission of the Church has been lost in the single-minded effort to battle cultural issues like abortion rights and LGBTQ rights, while largely giving lip service to their fundamental problem of child abuse.