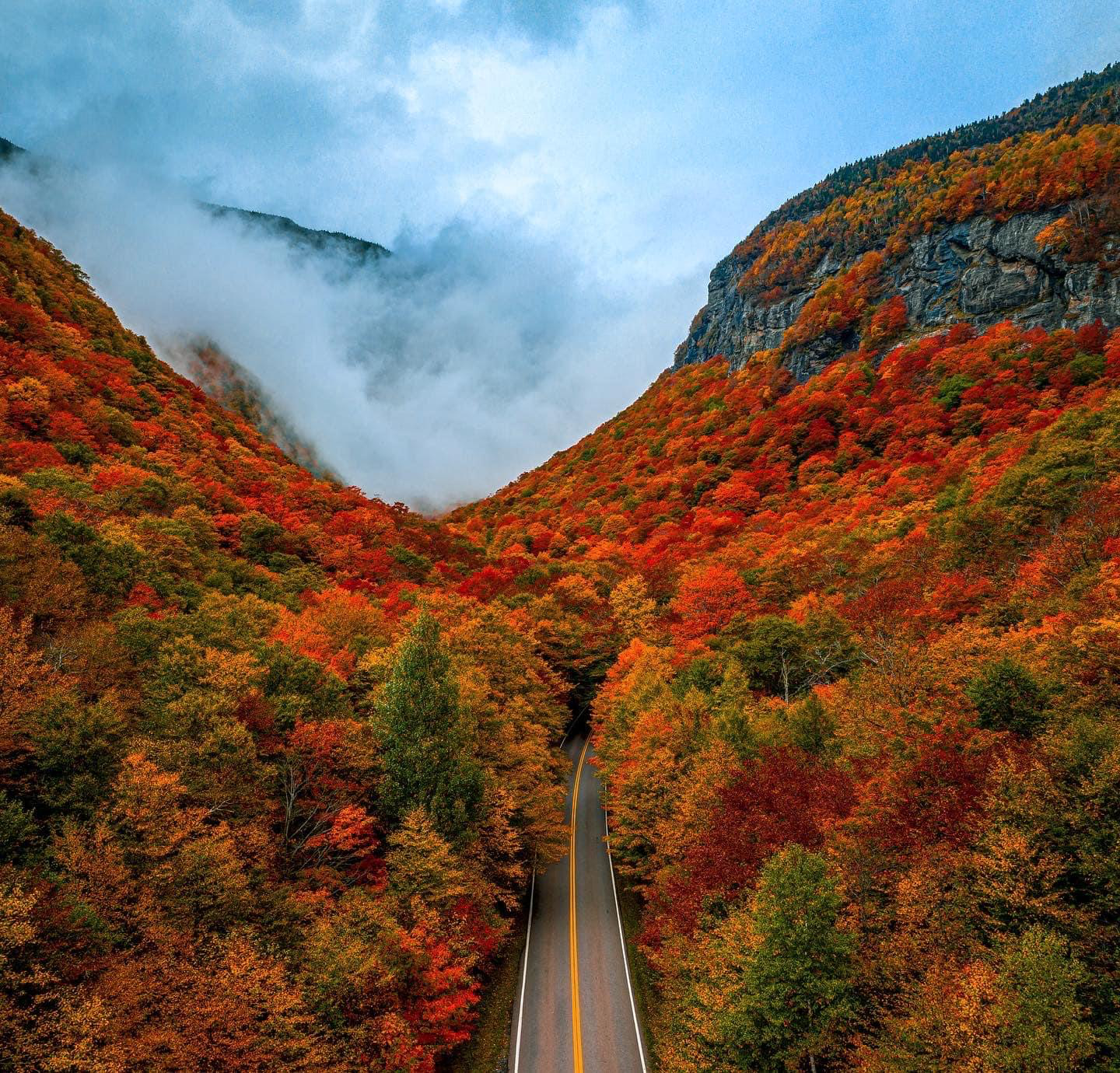 Four days to go. Lots of people want to check out, to stop thinking about the election or about the Coronavirus. People are fatigued by the partisanship, by the tsunami of misinformation on social media, and the incessant and repetitive commercials.

Wrongo was texted nearly 20 times yesterday by various candidates begging for money. His email is flooded with all caps scare messages from the Parties or from specific candidates. Unsubscribing is fruitless, they will worry about that next month, if ever.

Who can blame people for wanting it to be over? The fact is, this whole Covid-45 presidency has been stressful, with little or no downtime for a break.

Here’s some frightening information: The NYT reports that the stress of presidential elections may increase the incidence of heart attacks and strokes: Scientists tracked hospitalizations for acute cardiovascular disease in the weeks before and after the 2016 presidential election, among about three million adults who were enrolled in the Kaiser Permanente Southern California health care system:

Wow, we knew that Trump has been bad for the health of all Americans. But more heart attacks and strokes just because America holds an election?

So try and relax over the next few days. Protect yourself: Maybe go out to dinner on Election Night. Get a massage. Turn off notifications on your mobile phone, and don’t turn on your TV before 9pm.

There were two election cases decided by the Supreme Court on Wednesday. One was in North Carolina. From the AP: 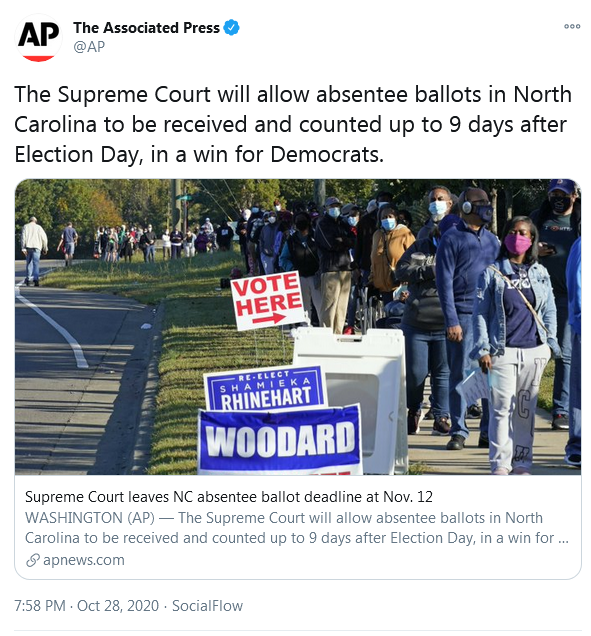 The other case was in Pennsylvania, where the Court refused a plea from Republicans that it decide before Election Day whether election officials can continue receiving absentee ballots for three days after Nov. 3. While the PA order was unsigned, it was apparently unanimous, though three justices (Alito, Thomas and Gorsuch) said the court might return to it after Election Day.

In the North Carolina case, the same three Justices, Clarence Thomas, Samuel Alito and Neil Gorsuch, said they would have granted requests from Republican lawmakers and the Trump campaign to block lower court rulings allowing the longer deadline.

On Wednesday, Justice Alito said he thought that the election would be “conducted under a cloud”:

“I reluctantly conclude that there is simply not enough time at this late date to decide the question before the election….Although the court denies the motion to expedite…[the petition] remains before us, and if it is granted, the case can then be decided under a shortened schedule.”

This is the Supreme Court saying that the election is proceeding under a cloud, and that they reserve the right to revisit their opinion!

They just gave Trump a green light to protest the election.

We should never normalize how bizarre it is that we are all having to expend an inordinate amount of energy making sure that our votes get counted. Even the Supreme Court isn’t clearly on the correct side of making certain that all votes count. That shouldn’t be normal.

America’s in the midst of changing how we vote, from largely in-person on Election Day, to largely In advance, either by mail or through in-person early voting. States and counties need to adapt to this revolutionary change, and that will take time to get it right.

We should designate Election Day as a National Holiday.

America actually holds 50 state elections for president, not a national election. We need to change state and local laws to allow for counting the early voting before Election Day. All states should count all ballots so long as they are postmarked on Election Day. After all, the IRS accepts your tax return without penalty based on the postmark, not when it is opened.

I need to be medicated

Americans should be horrified at the state of their electoral system. All Americans, no matter what state, should vote under the same rules with the ability to vote early, by mail or in person. The way your system is currently run leaves it open to manipulation and corruption. This could be expected in a third world dictatorship, but in the US of A? Perhaps that can be changed in the next 4 years… We’re all hoping the best for you! Get out and vote regardless…

Ben – We need to push back against the idea that a huge turnout in 2020 makes Republican efforts to suppress voting less awful than they are. If Democrats win the WH, Senate and House, they need to take advantage of that brief window to enact as many pro-democratic reforms as possible, because the Republican Party will not make voting easier. And with the Supreme Court having a 5+ vote reactionary majority, there’s no certainty that we can count on the Courts to insure that all votes will be counted.