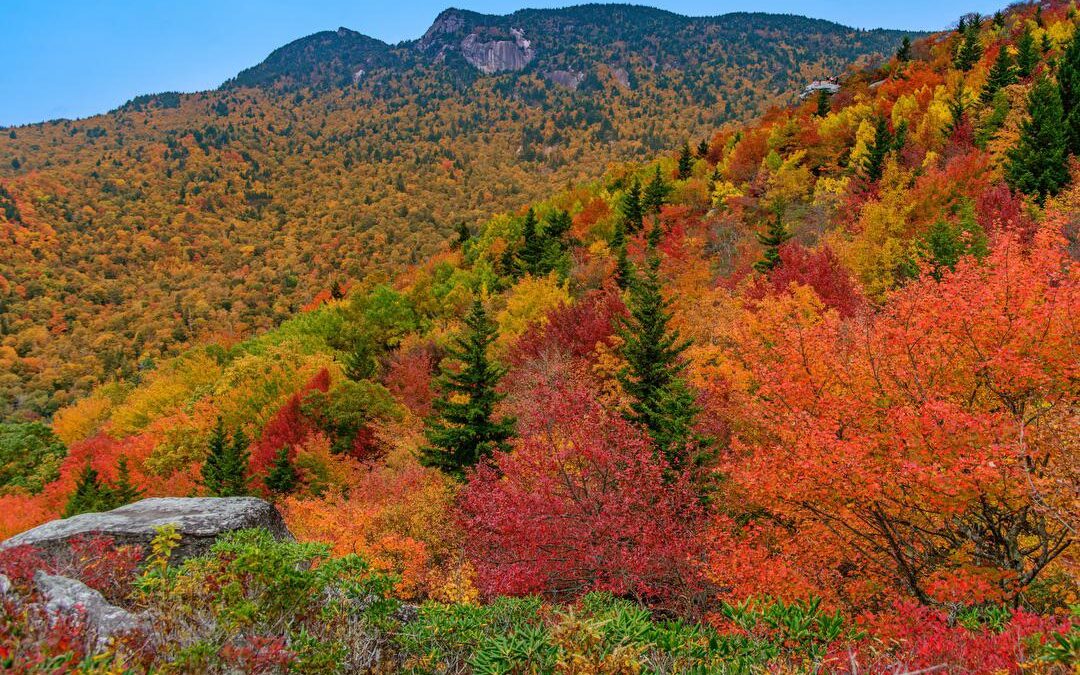 “Registered Democrats are outvoting Republicans by a large margin in states that provide partisan breakdowns of early ballots. Republicans, however, are more likely to tell pollsters they intend to vote in person, and the GOP is counting on an overwhelming share of the Election Day vote going to Trump.” 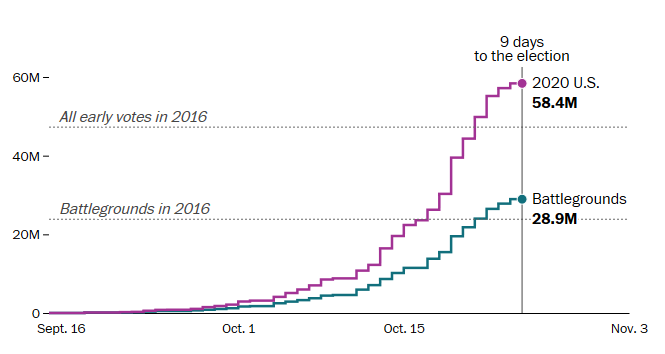 One significant factor this year is early voting by people between the ages 18-24. Here are some early turnout numbers by youth voters from Tufts University. The youth vote in Florida is nearly six times higher than in 2016. It’s eight times higher in North Carolina and 19 times higher in Michigan. Tufts also reported on youth voting in a few other states, which show similar large increases over 2016:

(Tufts reports that there was no data available for Texas and Pennsylvania in 2016).

We know that the youth vote will skew Democratic, so this is encouraging news for Biden and down-ballot Democrats. Politico reports that Democrats have opened up a yawning gap in early voting over Republicans in six of the most crucial battleground states, but that’s not the only story of their advantage heading into Election Day: (Emphasis by Wrongo)

“In a more worrisome sign for Republicans, Democrats are also turning out more low-frequency and newly registered voters than the GOP, according to internal data shared with POLITICO by Hawkfish, a new Democratic research firm owned by Michael Bloomberg, which was reviewed by Republicans and independent experts.”

We can’t trust an early lead will take us home. In 2004, John Kerry had the race won based on exit polling. So we shouldn’t trust an early lead this time, because Republicans bat last. Both sides are bracing for a giant wave of in-person Republican voters on Nov. 3. And we have no way to model the voter suppression that can take place with vote-by-mail, or by intimidation at physical polling places.

But voters age 45 and under are where the Democrats’ untapped strength lies. If they vote in large numbers, they’ll run America. Enough power applied in the right spots at the right time can make the Senate swing to the Democrats. If that happens in November, a change in power will certainly bring change in America.

Wrongo reported on how the site 538 predicts that 2020 turnout should be around 154 million voters. That would be an increase in voter participation by 12.5% over 2016. Since early voting so far is 24% higher than total early voting in 2016, it augurs well for hitting 538’s target.

Overall turnout when Obama was elected in 2008 was 61.6%. In modern times, we haven’t seen what would happen if turnout hit 70-80% of American voters.

Democrats represent those aspirational American values we all cherish, while the other Party is happy to share their tent with Donald Trump, a compromised, moral disgrace. They also welcome the dangerous lunacy of QAnon.

So, while the early voting reports are encouraging, Stay Awake, America! Encourage everyone you know to vote. Drive them to the polls if you can. Take bottles of water to people standing in long lines at your polling place. Get out the vote in any way you can!

These last eight days belong to you. Years from now, you will look back on these last days of the Trump era as among the best in your lives. An evil was unleashed in the country you love and you rose with millions of other Americans to slay the dragon.