Gov. Steve Bullock of Montana is the state’s Democratic candidate for the US Senate. He’s running slightly behind the incumbent Republican, Sen. Steve Daines. Daines is a first-term Senator with few accomplishments, while Bullock is a sitting governor ending his second term. Bullock has high approval ratings for his handling of the pandemic, but his principled stand on masking may cost the Dems a chance to flip the Senate, since Montana happens to be a state where anti-maskers are vocal in their opposition to Bullock.

Bullock issued a mask mandate in the summer, but as the NYT reports, politicians and law enforcement in Montana’s Ravalli County opted not to enforce the order, citing individual rights. Another county, Flathead, has also been somewhat hostile to masking.

At the end of last week, Montana had 25,640 cases of Coronavirus, with 278 deaths. On Friday, Montana tallied a record for new cases at 932, so Bullock announced the state is cracking down on businesses in Flathead County that have refused to comply with masking and social distancing mandates.

That the outcome of a Senatorial election may depend on voters who won’t wear masks in a pandemic says much about what America has become. Many people say that they’ll do anything for America. Some of them even carry their guns in the supermarket. But when they’re asked to take simple protective measures, keep their distance, show patience and courtesy, they just can’t.

There are nine days left until the election. Nine days. Remember that in 2016 in Wisconsin, Hillary’s loss averaged out to just two votes per precinct. Help get your friends to vote. On to cartoons.

The criterion for debate success has fallen too far: 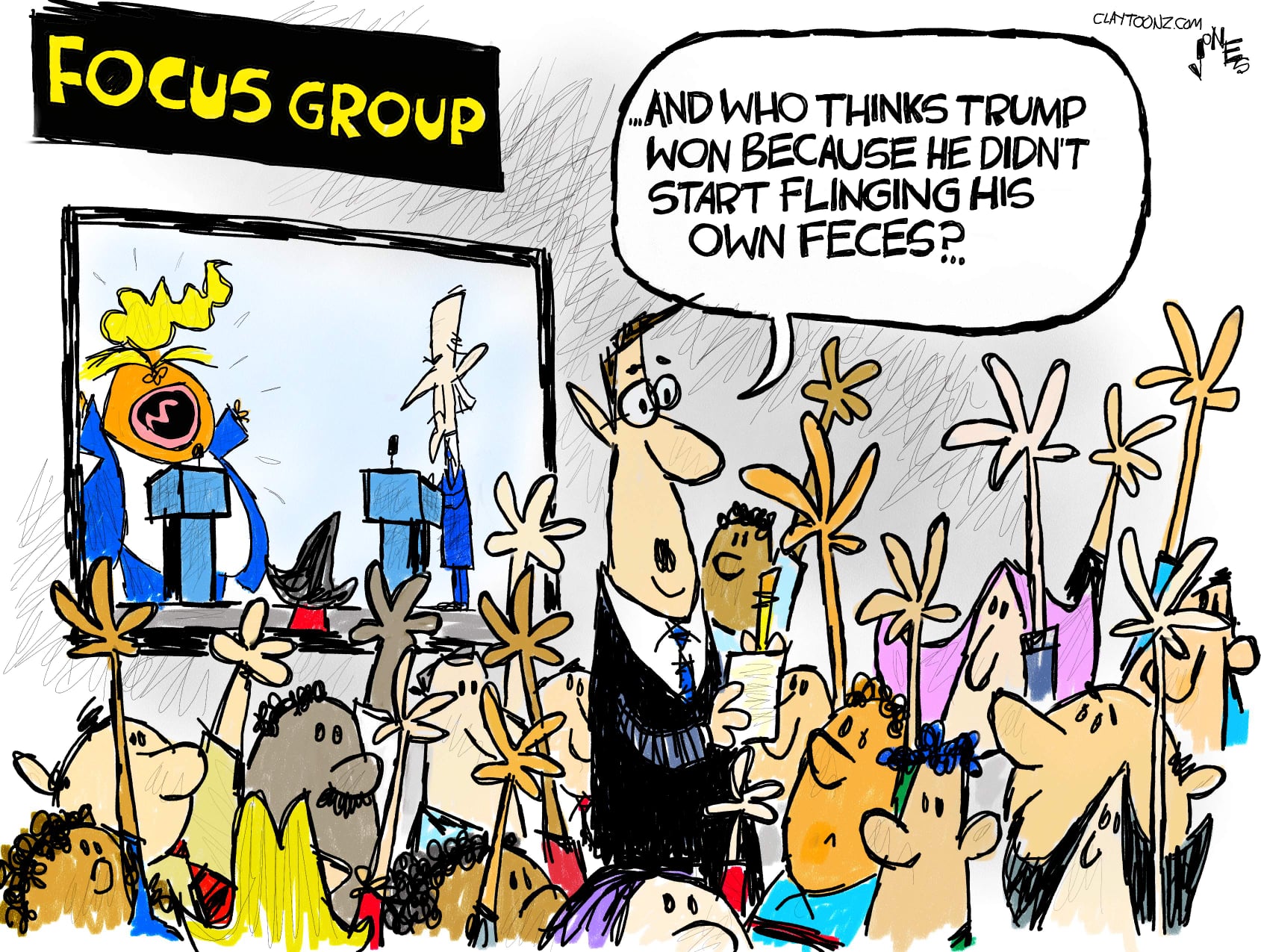 What you get when you do nothing: 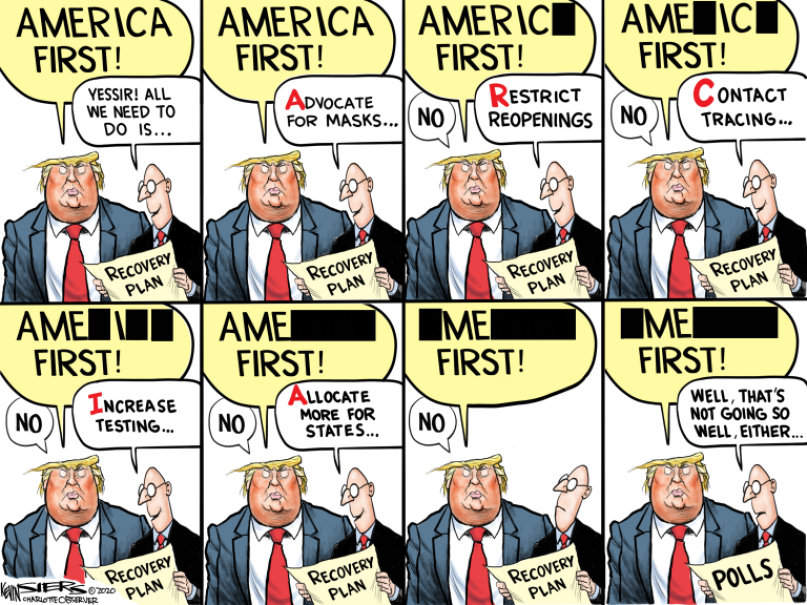 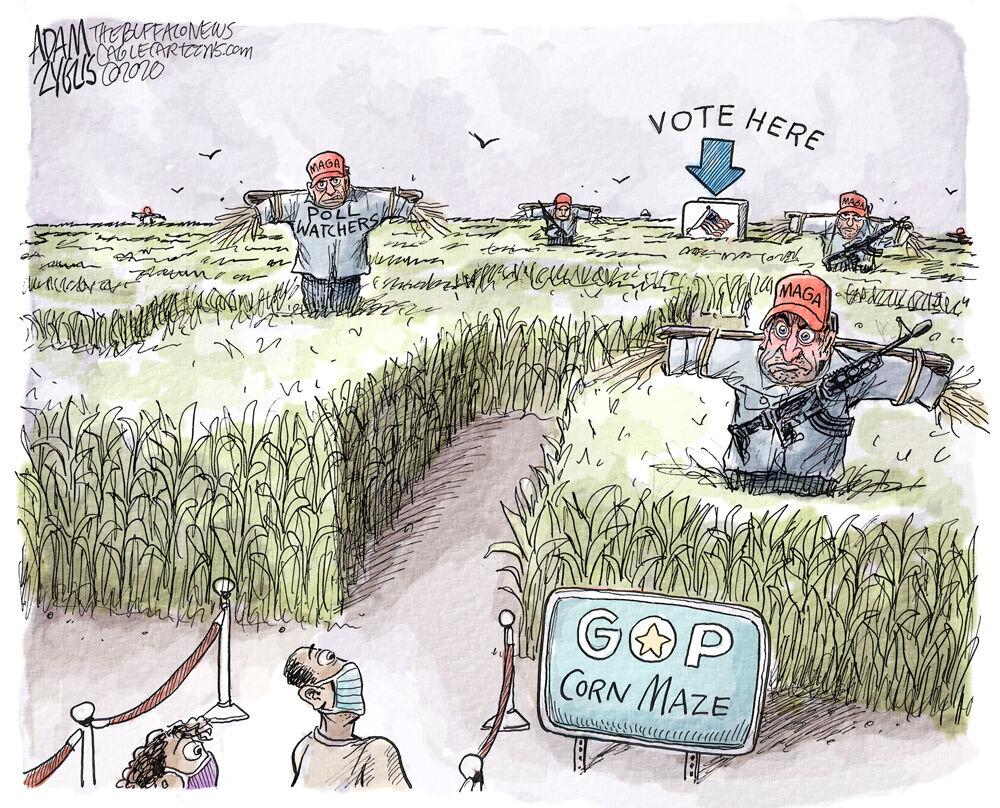 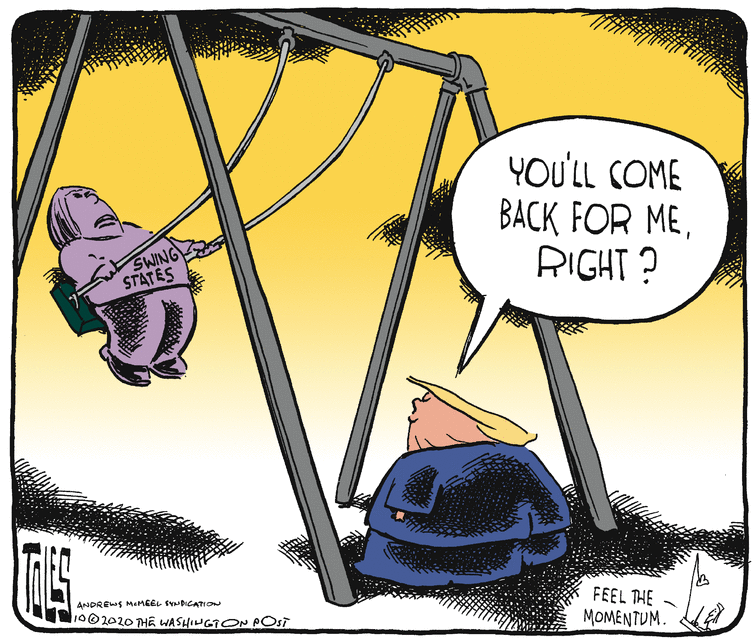 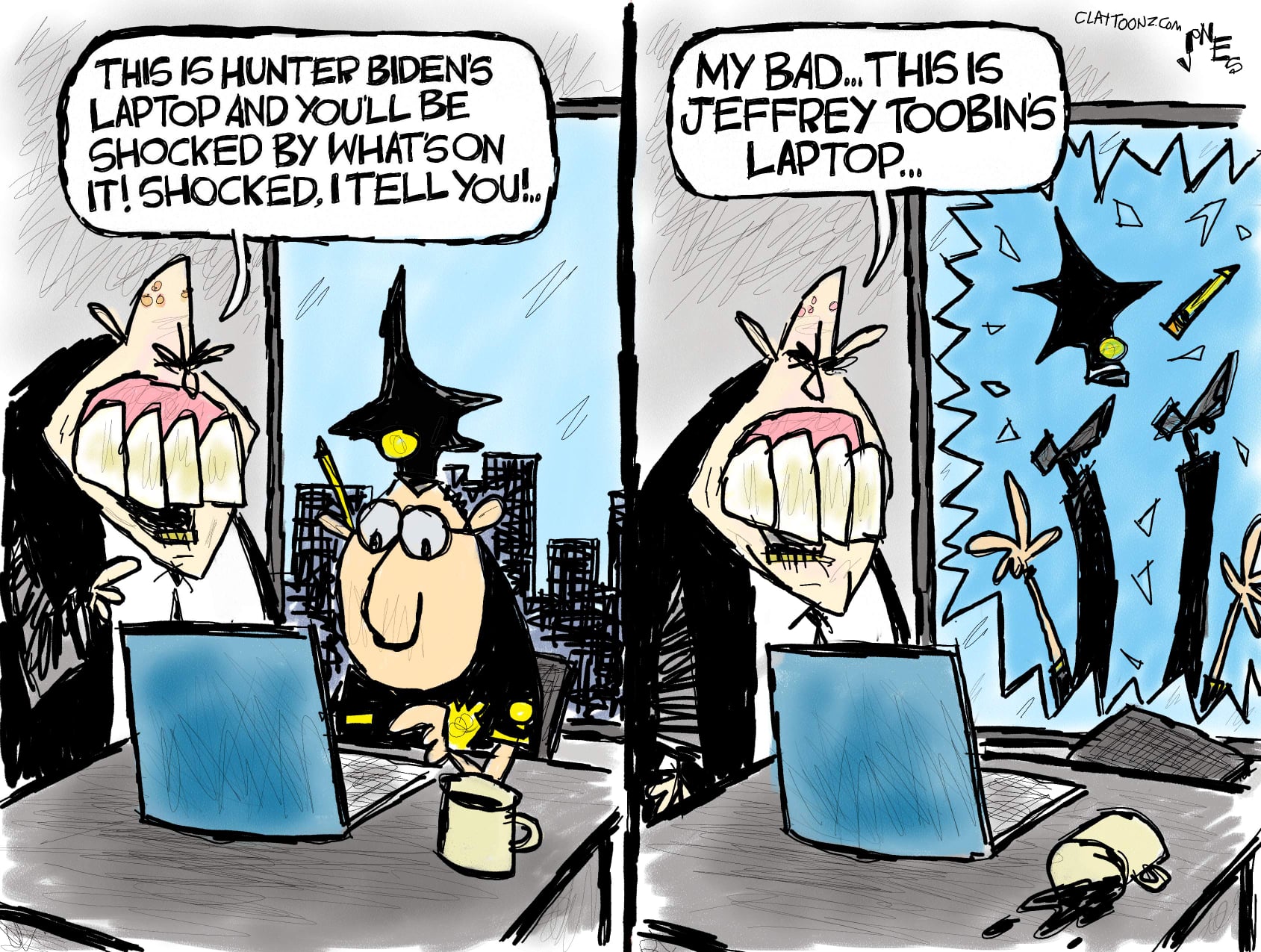