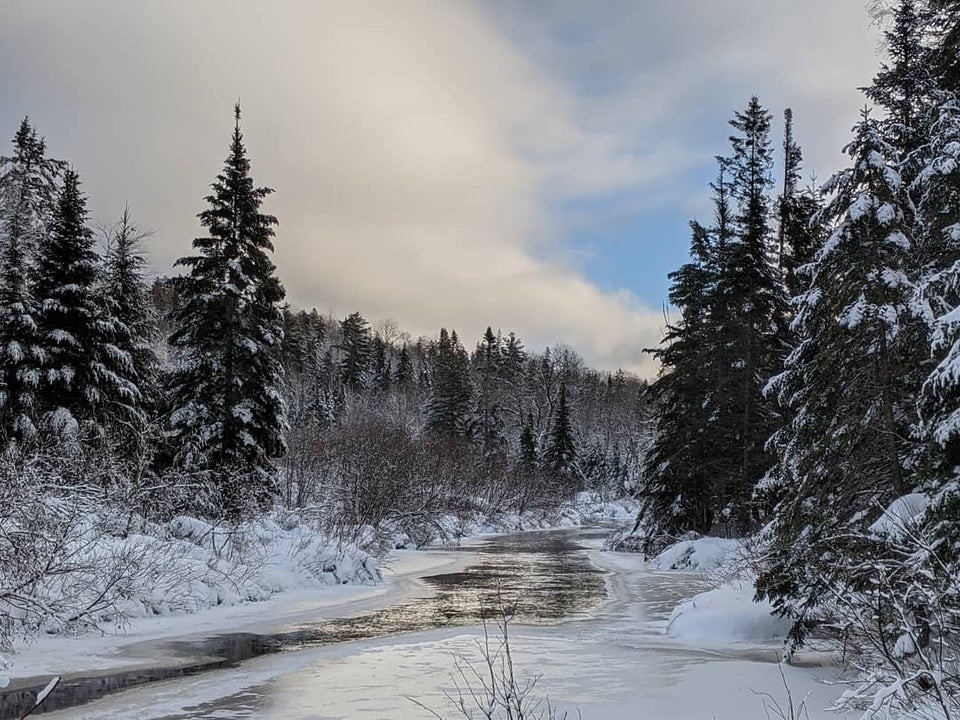 Snow in the Bigelow Preserve, Stratton, ME – December 2020 photo by CaptainScrummy

So you think that America will cruise in to the acceptance of the Electoral College vote by a Joint Session of Congress on January 6, and Trump and the millions of members in his Lost Cause will just fade away? Think again:

The past four years have been a train wreck, and Trump has been the conductor.

In one way, Trump’s attempted soft coup is failing. After all, his hand-packed Supreme Court wouldn’t hear the case designed to overturn Pennsylvania’s election win for Biden. Yet, as the tweet above shows, Trump’s continuing effort to poison our voting process may yet lead to some terrible things.

But, is PA Sen Ward telling us the truth? Does she really fear Republican partisans? Or, is this an ex-post excuse for doing what they all wanted to do anyway? WaPo’s Greg Sergeant makes a good point:

“What matters is that many of them (Republicans) are entirely willing to support specific concrete actions to steal the election on Trump’s behalf.”

Aaron Blake notes that state GOP officials so far have overwhelmingly sided against Trump’s voter fraud claims, when they are forced to decide. But as we showed on Monday, Republicans are keeping their powder dry waiting for the House and Senate meetings to accept the Electoral College votes: (brackets by Wrongo)

“…just as notable as the lack of Republicans willing to say Biden is the president-elect is the lack of buy-in on Trump’s claims from other Republicans. They…have a choice to make if their colleagues press the issue, [by arguing against acceptance of the Electoral College vote at the January 6 joint session of Congress]”

“Everyone laughs at how stupid the Trump lawsuits are. Can you believe these morons? They lose everywhere! Even Republican judges keep slapping them down! How embarrassing for Trump!

“On the morning of November 4, Donald Trump faced two problems. The first was that he was going to lose the power of the presidency. The second was that this loss endangered his ownership of the GOP.”

Last says that for Trump, the lawsuits, the posturing, the attempted coup— all would still be nice if he were to be re-inaugurated January 21. But that’s a secondary objective. The primary objective was to stop the Republican Party from leaving him:

“…owning a major political party isn’t as useful as being president. But it’s not nothing….In a two-party system, you can exert a great deal of power by being the head of a Party. You have businesses and foreign governments that will pay tribute to you. You have an audience of something like 40 million partisans who can be mined for contributions and mobilized as a flash mob whenever you need them.”

Unfortunately, these millions out in TrumpWorld don’t know they’re being conned. They still actually believe that Trump will win reelection.  That’s dangerous, because many of them will be shocked when reality hits. What is most worrisome is the possibility of something happening that makes them feel they have license for mass violence. We can try to minimize the threat posed by Republican passivity, but there are always lone wolves who will try to do horrible things.

Can the Republican Party move on from Trump? It could, but that requires the next generation of ambitious presidential aspirants to replace Trump in the daily political discussion. But Trump won 74 million votes, more than any other Republican, just last month. And the base’s acceptance of Trump’s claim that he really won preempts the plans of the next generation.

The other Republican presidential aspirants have realized that the best path forward is to say they believe the voter fraud line. That means their incentive is to outbid their peers in expressing support for Trump’s claims of victory. Let’s leave it to Jonathan Last to close:

“….the minimum ante for Republican politics is now support for an insane conspiracy theory.”

Unlike his predecessors, Trump has not called Biden, much less invited him to the White House. Trump has indicated that he may not attend Biden’s inauguration, which would make him the first sitting president since Andrew Johnson in 1869 to refuse to participate in the most important ritual of the America’s democratic transfer of power.

Our democracy is on a knife edge right now. Even if we’re certain that Biden will prevail, the kowtowing to Trump by Republicans isn’t going to end soon, or well.