But we need to give this some time. OJ was a pariah after his acquittal, but soon there were a series of state and civil cases that sent OJ away for a few years, and took most of his money. Also, the FBI has charged only 207 people so far. Most of the militia-types haven’t been charged yet. Those FBI charges will lead to people telling grand juries about who organized them to attack the Capitol. And the Democrats in the Senate now have subpoena power, so expect to see some hearings on what Trump knew, and when he knew it.

Let’s start today with other Republican outrages in Georgia and Tennessee. Legislation proposed by members of the Republican Party. You know, the party that says they want to keep the heavy hand of the state off your back. First, Georgia: 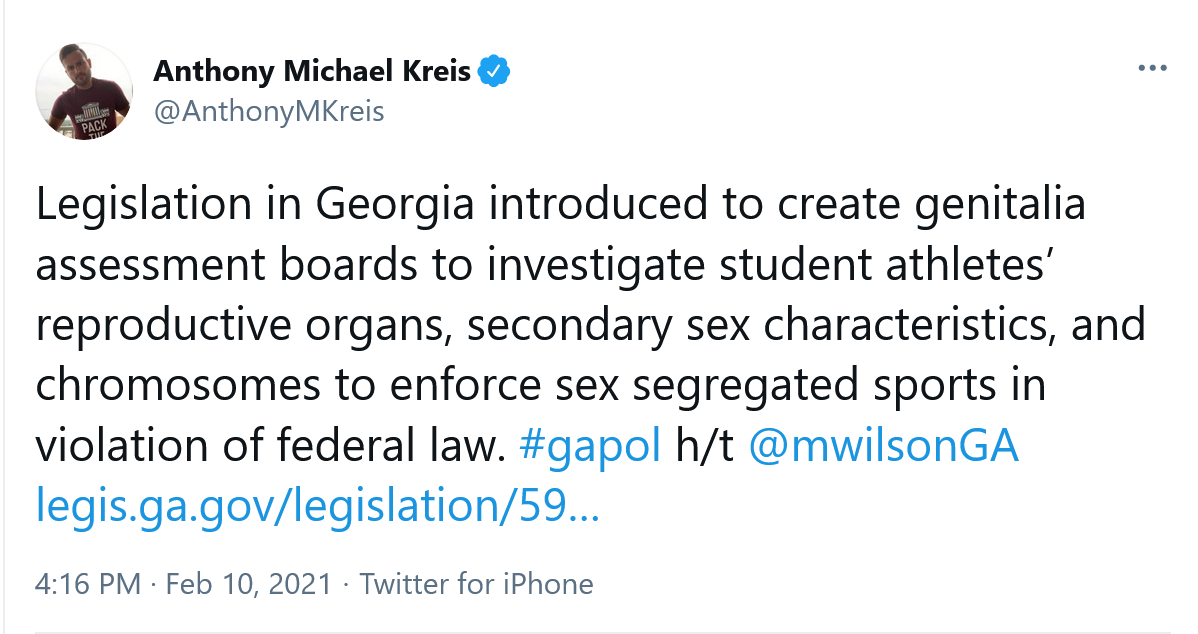 “Genitalia assessment boards” will surely win the 10th grade male vote. This could be enough to get Alabama’s former governor Roy Moore to move to Georgia. Wrongo is pretty sure “assessing” the genitalia of high school freshman girls is his dream job.

Second, in Tennessee, Republican lawmakers have put forward a bill that would grant a man the power to veto a woman’s abortion. Wrongo hasn’t read the bill, but couldn’t they at least make the man show a deed or a receipt to prove that he is in fact the legal owner of the pregnant woman?

On to cartoons: Many are showing love for the shot: 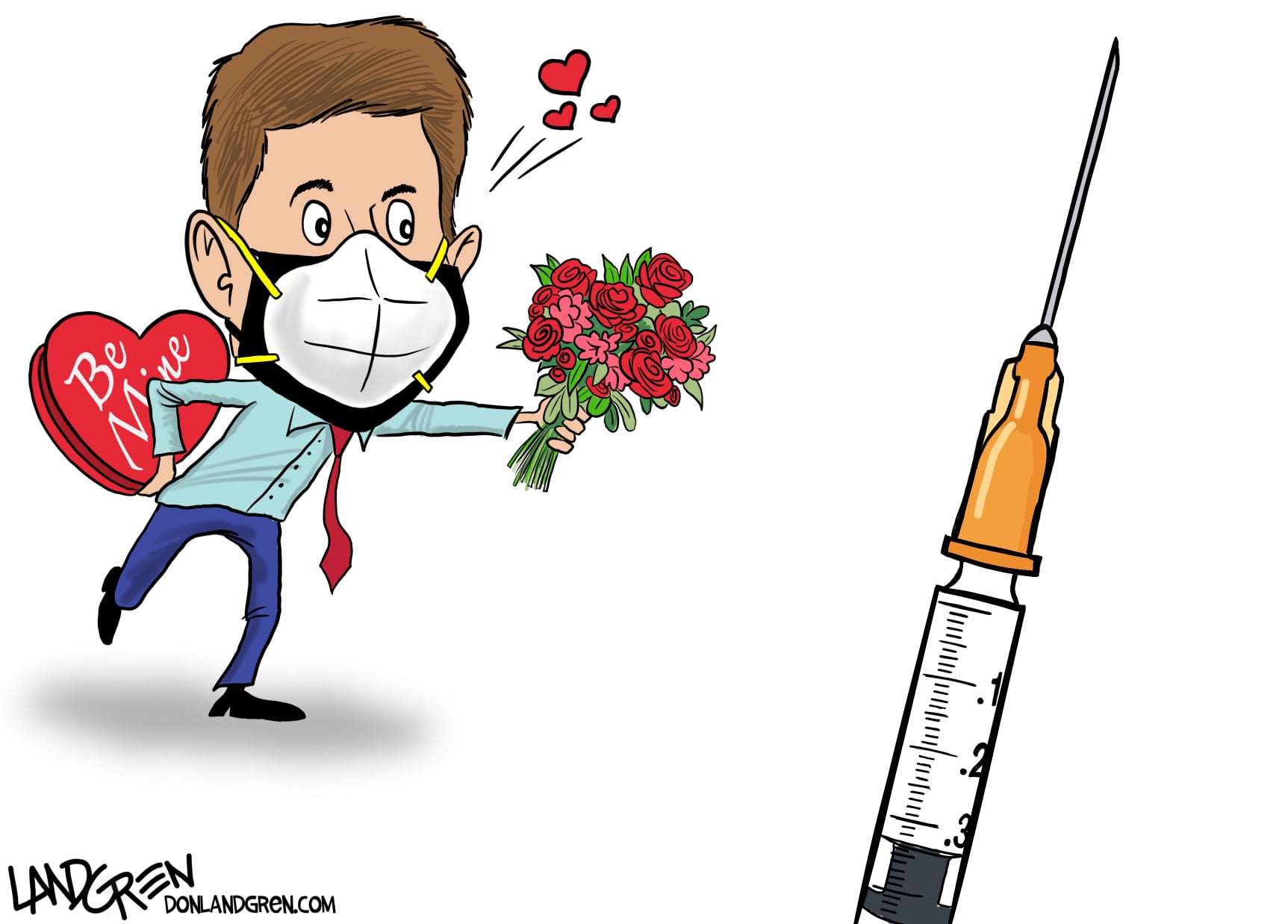 No worries about injection deniers. GOP has them covered: 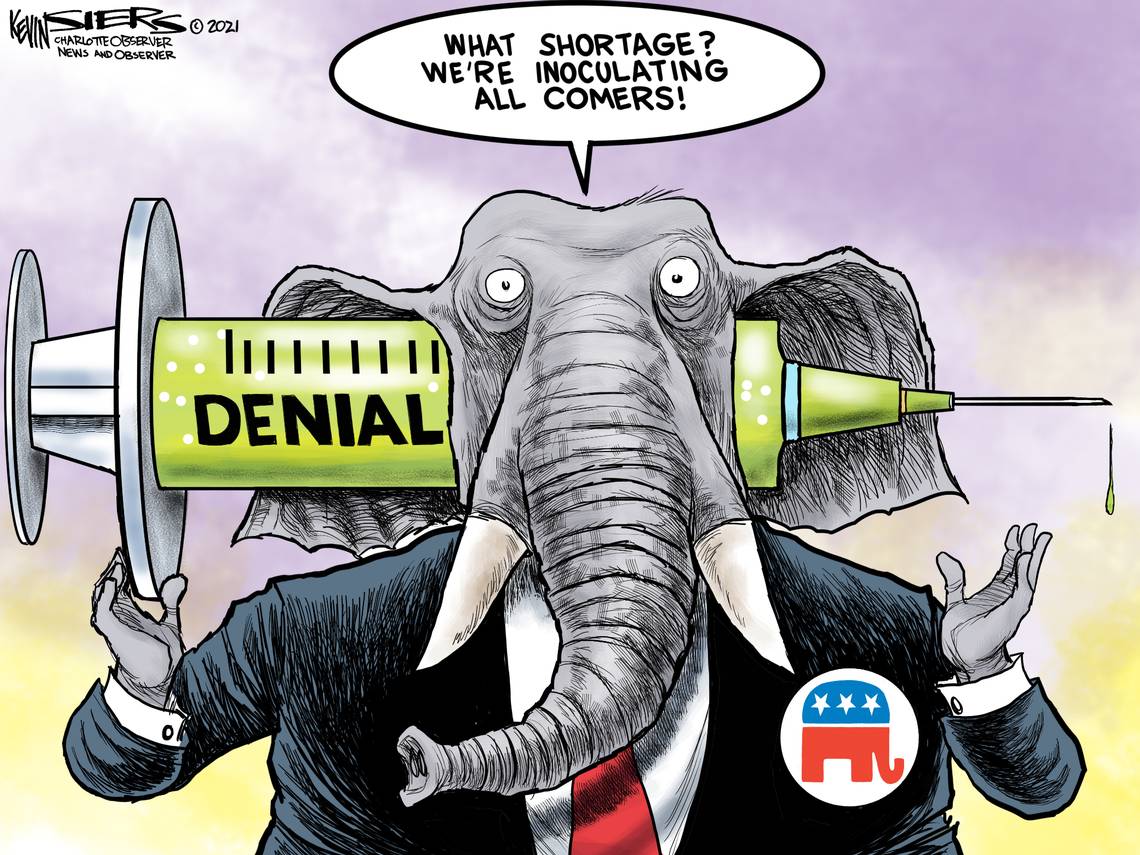 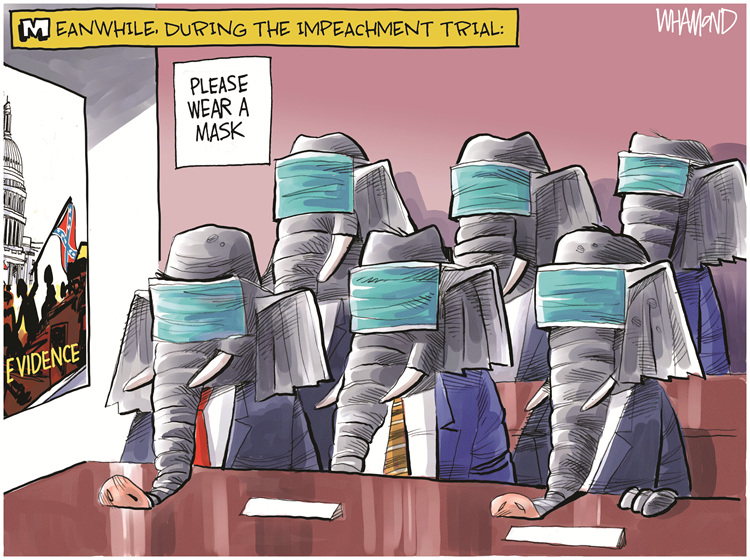 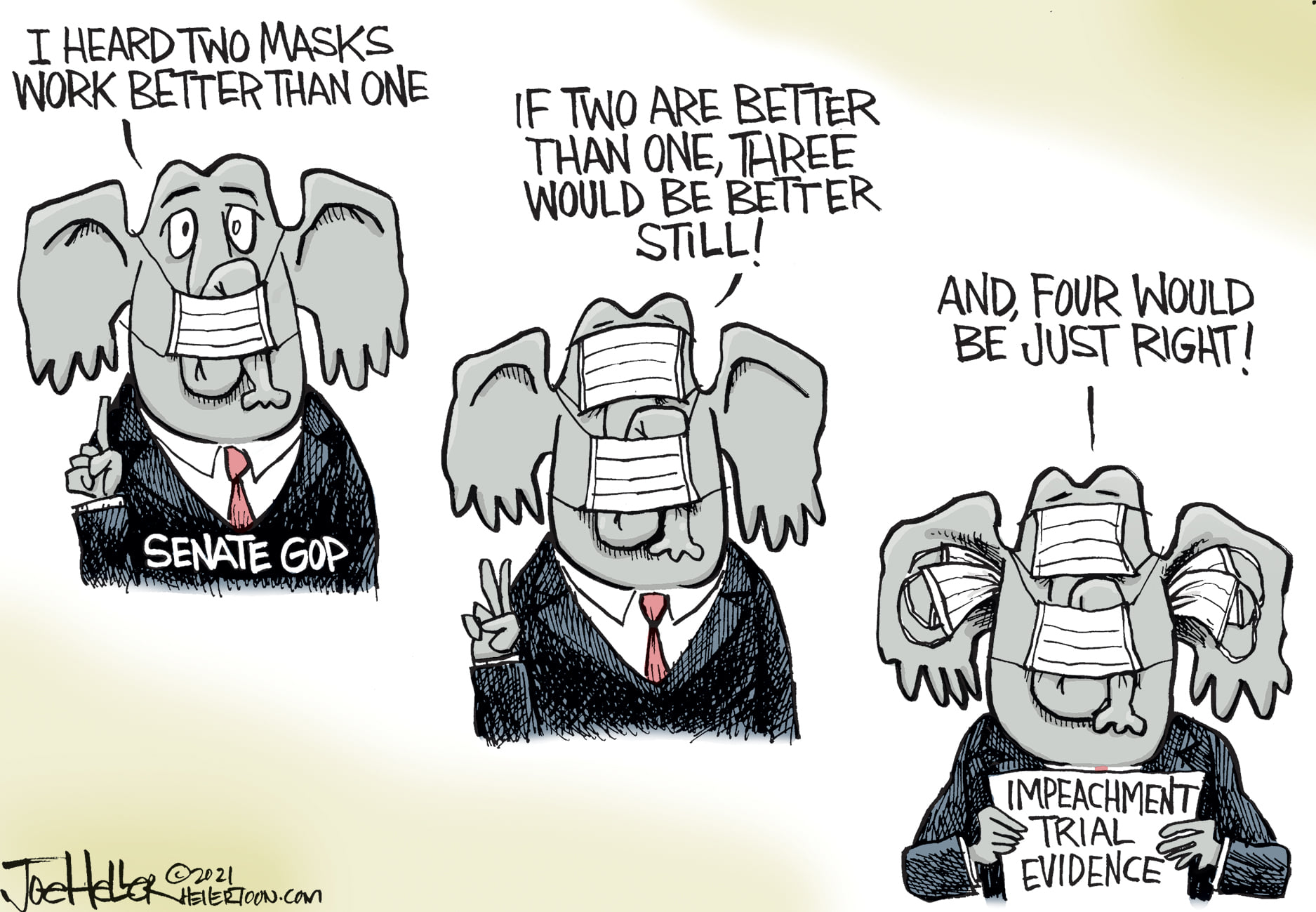 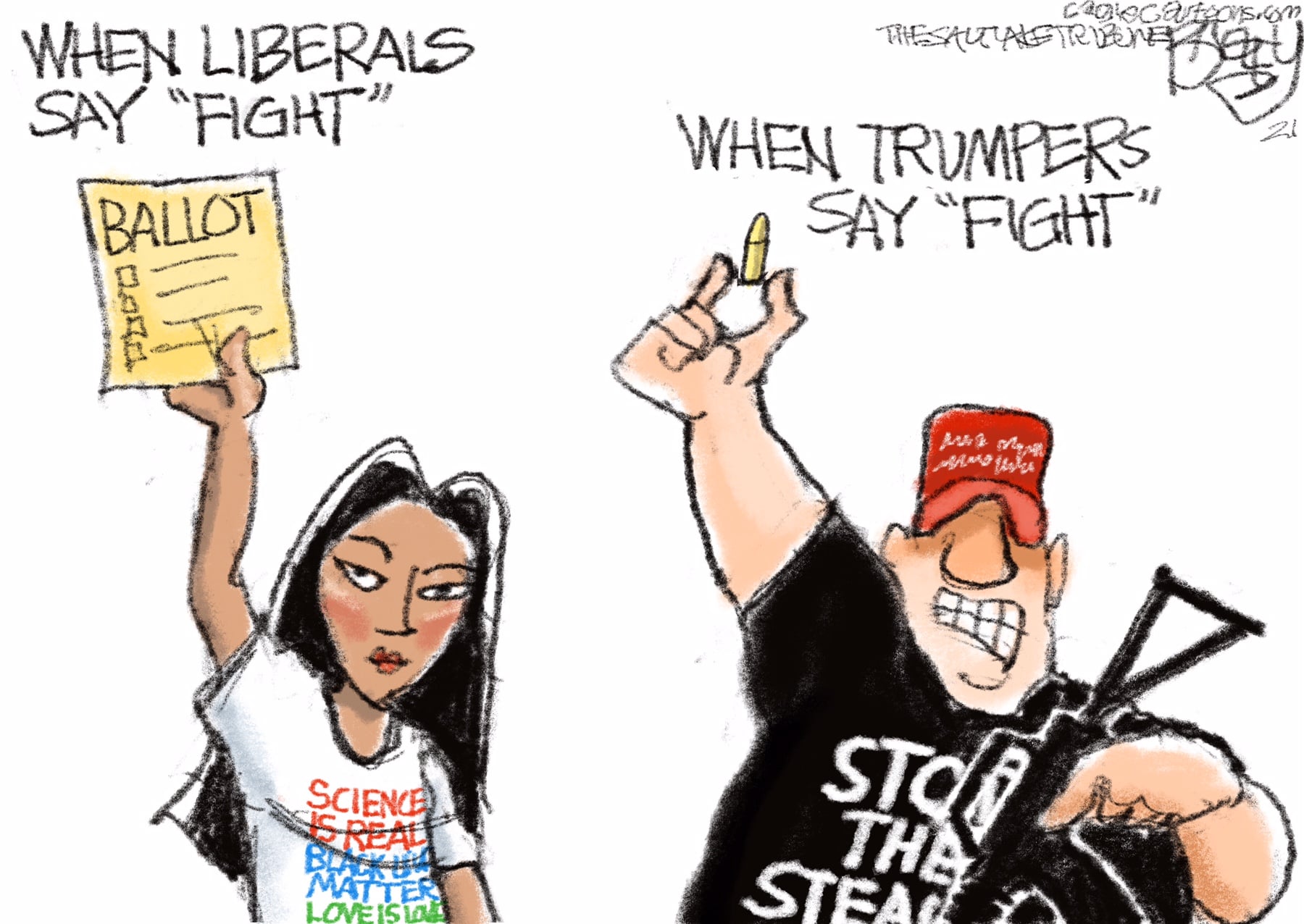 Rather than presenting the merits of their case, Trump’s lawyers delivered sound bites that reinforced what the right-wing media have been echoing for months. They insisted that Trump’s language leading to the riot was the same sort of rhetoric all politicians use. They claimed Trump was the victim of years of witch hunts by Democrats who hate him. Some Republican Senators bought it.

When you just can’t see what’s in front of you: 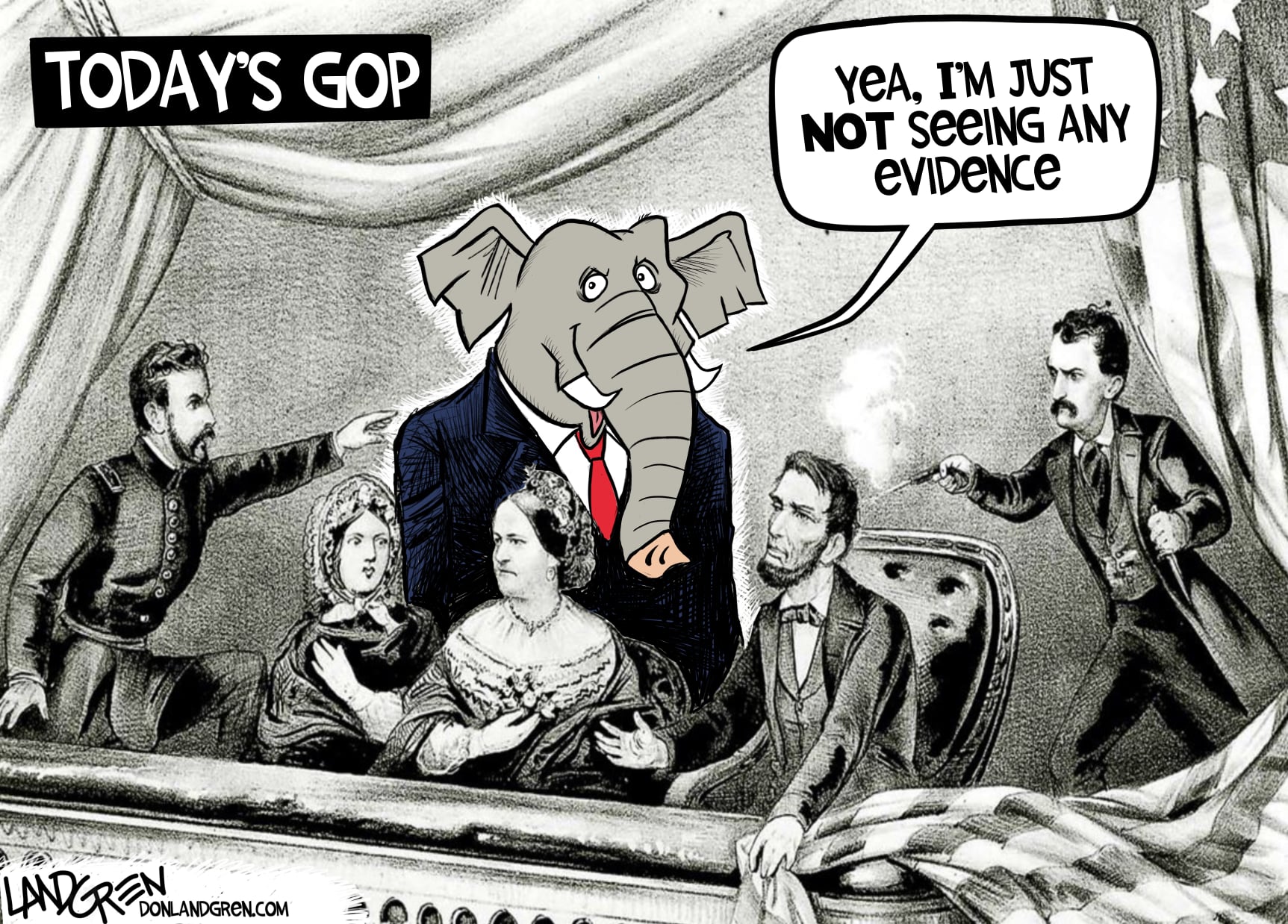