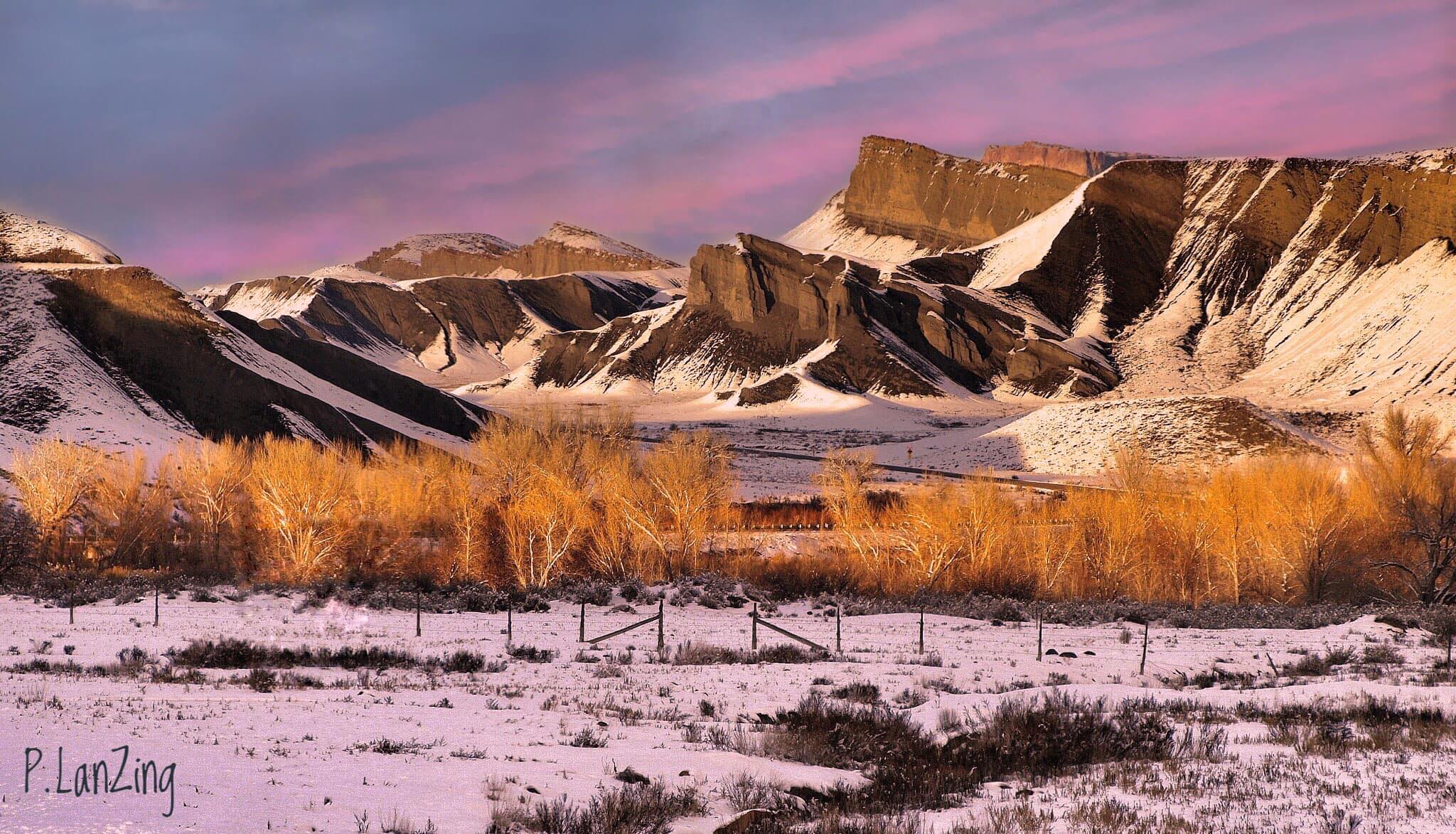 The Conversation has an interesting article by Tony Kevin from Australian National University, that analyzes the Biden administration’s early missteps with both China and Russia. He says that:

“In two dramatic, televised moments, US President Joe Biden and Russian President Vladimir Putin have changed the dynamics between their countries perhaps irrevocably.”

Kevin quotes Putin saying the terms of working with the US have changed:

Turning to China and the initial meeting disaster, Kevin says that the Chinese feel similarly:

“Putin’s…statement is remarkably similar to the equally firm public statements made by senior Chinese diplomats to US Secretary of State Antony Blinken in Alaska last week.”

“The US does not have the qualification to say that it wants to speak to China from a position of strength. The US uses its military force and financial hegemony to carry out long-arm jurisdiction and suppress other countries. It abuses so-called notions of national security to obstruct normal trade exchanges, and to incite some countries to attack China.”

Jiechi said the US had no right to push its own version of democracy when it was dealing with so much discontent and human rights problems at home.

Biden’s campaign pitch was that his leadership would put the adults back in charge of foreign policy. But it’s hard to ignore Biden’s slap at Putin (calling him a killer), followed by the train wreck of the China summit in Alaska. Biden’s team is accomplishing the difficult task of making Trump look… er, not terrible.

Could it be that the world is moving on? That our competitors and friends no longer buy the “America is a force for good” story? After all, we’re showing them the worst of American values, by trying to overturn an election, by curtailing voting rights, and by refusing to do anything about mass shootings or the growing poverty that are endemic in the US.

The Guardian reports that we’ve fallen by 11 points in the latest report by democracy watchdog, Freedom House. We’re now below Argentina and Mongolia, and on a par with  Panama, Romania and Croatia!

Dismounting from our high horse will be difficult for the US, but do we have a choice? The world is suddenly signaling strongly that they’ve had enough of American faux exceptionalism and the belligerence we display when we engage with other nations.

Kevin concludes that we’re in a new kind of Cold War, not based on ideology like the original Cold War, but now it’s a war for international legitimacy. Moreover, Kevin adds:

“The two powers are also showing they are increasingly comfortable working together as close partners, if not yet military allies. They will step up their cooperation in areas where they have mutual interests and the development of alternatives to the Western-dominated trade and payments systems.”

The distribution of global power is changing. What matters now is the growing self-confidence of these two nations, particularly in comparison to what they see as a clearly weakened US. In essence, Russia and China are sending Biden a message:

“Don’t judge us or try to change us. Those days are over.”

“The global balance of power is shifting, and for many nations, the smart money may be moving to Russia and China.”

Time to wake up America! It’s again becoming a multi-polar world. We can’t know what the outcome of this competition will be. But we seem to be at one of those points in history where things can take a very sharp and irreversible turn in a new direction.

These factors have been brewing for years. We’re witnessing a Russia/China strategic alliance which will force us and other countries to make some very hard choices about which side of the fence they’re on. To help you wake up, listen to the Foo Fighters newest, “Waiting on a War”:

I’ve been waiting on a war since I was young

Since I was a little boy with a toy gun

Never really wanted to be number one

Just wanted to love everyone

“Last fall, as I was driving my daughter to school, she turned to me and asked, ​‘Daddy, is there going to be a war?’ My heart sank as I realized that she was now living under the same dark cloud that I had felt 40 years ago. Every day waiting for the sky to fall. Is there more to this than that? Is there more to this than just waiting on a war? Because I need more. We all do. This song was written for my daughter, Harper, who deserves a future, just as every child does.”

I agree that the world is not structured as at was, but for me the notion that Biden made missteps is a creation of the press.

In fact the world changed on its own and on top of that we withdrew at the behest of both Trump and the Republican Party.

Putin is actually weak except in places where Russia has always had influence, so on its borders and nearby. China on the other hand is a direct competitor and perhaps there is little was can do diplomatically. In fact we need to work on our supply chain for items from lithium to rare earths – we also need to be able to make US alternatives to technologies like 5G.

For US- Russia, Putin has no place to go but down. For the US vs China, time to focus on ourselves for a while.

The press creates news stories for its needs which are headlines. Examples are the “crisis” at the border. In fact this is just a blip. Yes the infrastructure is not there (Trump ignored it) but the impact on Americans is nill – it will go away over a short time.

Agree that the press loves a “Democrats in disarray” story line. However, the main thrust of the article is that the US squandered its time as the sole super power, and now, despite our huge military, can no longer be king of the mountain. During the same period, we also have lost our global leadership in all markets except finance. As you said, we can’t control the supply of key materials like lithium.

At home, our Congress is almost incapable of working together, so we’ve drifted, and seem incapable of making life better for our citizens.

Agree that Russia by itself isn’t a real threat to us, but acting jointly with China, who is absolutely a real economic and geopolitical threat, will be a generational problem for us.

We can’t count on Europe. Germany is getting closer to Russia because they need Russia’s gas.

The U.S. did not set out to be #1; it happened naturally. Setting it as a goal makes you look arrogant and insecure. It creates resentment, and invites ridicule if it fails.

Ottho, agree. But the US actively worked to push the Soviet Union off the world stage, thus becoming the sole superpower. Then, we did all we could to maintain that position, but we couldn’t.

The strategic question is what comes next? Can we dismount our high horse and promote a better world while in competition with China and to a lesser extent Russia? Or do we spend a decade or so worrying about our domestic problems?

Ottho, agree. But the US actively worked to push the Soviet Union off the world stage, thus becoming the sole superpower. Then, we did all we could to maintain that position, but we couldn’t.

The strategic question is what comes next? Can we dismount our high horse and promote a better world while in competition with China and to a lesser extent Russia? Or do we spend a decade or so worrying mainly about our domestic problems?

What bothers me is how the media present this. In fact the US has never been able to confront Russia or its predecessor. Whether in Hungary or Czechoslovakia in the 50s or 60s, or in Georgia and Ukraine now.

Our media is like the old nag, so it asks what will we do? There is often nothing we can do. On the other hand Russia has little to offer for the US so we can sanction away. Russia can withhold gas but that is still a double edged sword because Russia needs the cash.

China is a different matter but we learned in the Korean War that they were not to be dismissed. We still need each other – and as long as that goes on, we have some say.

But we also have the fantasy that we are strong enough to challenge anyone and everyone but we aren’t and never were. We needed our alliances in WW2 and that included Russia. Yet our military pretends we can fight a 2 front war. We really can’t – not a big one. Never could.

So the changes should have been obvious. And the press needs to try to help Americans understand the realities.

Great comment Terry! We need the media to both fairly report the news and to provide in-depth analysis of the big issues. I respect the Enonomist for finding a workable balance between the two. I do have a few issues with their views on well, economics.