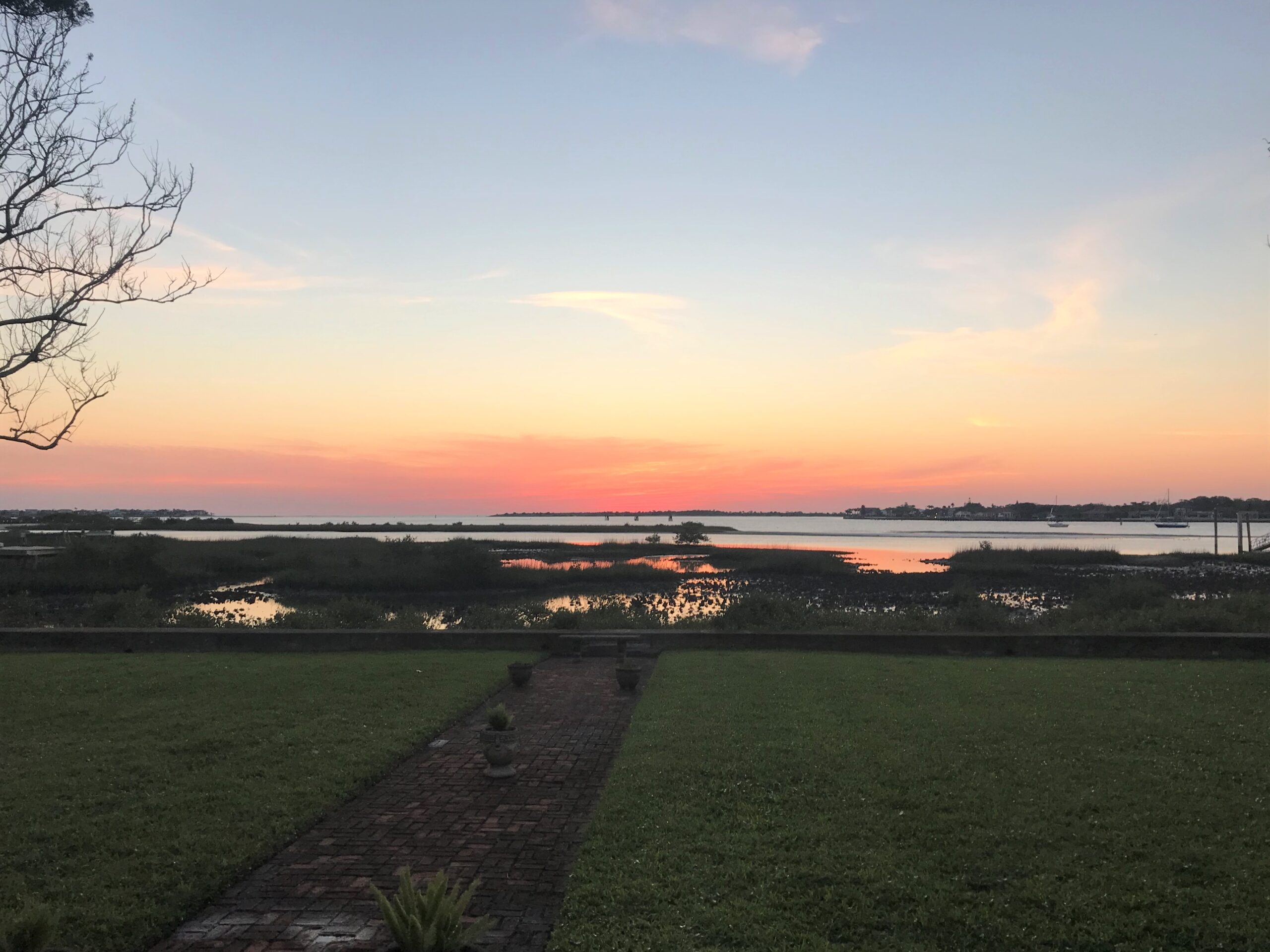 What does the American Flag really mean to us? To quote Heather Cox Richardson:

“Flags matter. They are the tangible symbol of a people united for a cause.”

Today we’re going to talk about a flag that increasingly unites only some Americans, the Thin Blue Line Flag.

That Thin Blue Line refers to a black-and-white American flag with one blue stripe. It’s come to mean that the police are the line which keeps society from descending into violent chaos. The “blue” refers to the blue color of the uniforms worn by many US police departments.

But in addition to being a sign of police solidarity, it has appeared as a symbol of white supremacy. From the Marshall Project:

“Those who fly the flag have said it stands for solidarity and professional pride within a dangerous, difficult profession and a solemn tribute to fallen police officers. But it has also been flown by white supremacists, appearing next to Confederate flags at the 2017 ‘Unite the Right’ rally in Charlottesville, Virginia. County officials in Oregon recently paid $100,000 to a black employee of a law enforcement agency there, after she said she was harassed by coworkers for complaining about her colleagues displaying the flag at work.”

A “Blue Lives Matter” movement grew in the wake of multiple killings of police officers in Baton Rouge, Louisiana; Brooklyn, New York; and Dallas. But the movement took off when Trump, as a presidential candidate, called police “the force between civilization and total chaos.”

But it has come to be a symbol for many sides. By the 2020 presidential election, Trump often replaced the American flag with the Thin Blue Line flag as the centerpiece of his rallies. The implication was that he was the leader of the alt-right. It was not inadvertent: after a Wisconsin rally, then-White House press secretary Kayleigh McEnany tweeted:

The Thin Blue Line flag was prominent at the January 6 attempted coup in DC: 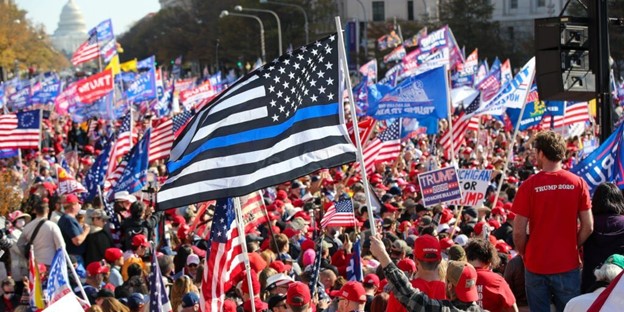 The BLM movement sees it as anti-BLM, and a racist symbol. The Thin Blue Line flag is supposed to convey solidarity with the police. But isn’t it also saying that it’s us against them?

The first reference to a thin blue line is in the early 1950s from William H. Parker, then-chief of police in Los Angeles. He worked with a short-lived TV show called the “Thin Blue Line“. He said that the blue line is what separates different kinds of Americans: those who abide by the law from those who do not.

The use of the concept grew from our military abroad, where it meant that our troops were holding a line against a foreign enemy.

Now, with the emergence of a quasi-military focus of policing in the US, that has been modified: For the police here at home, the enemy is within. The police see themselves as holding the line against criminals and elements of disorder that in their view, are undermining our society. There are now other flags that are designed to show solidarity: a red lined flag for firefighters, a yellow lined flag for emergency responders.

The police and community should be working together to produce better public safety. But if you’re looking at the community as a potential enemy, or a threat, that’s never going to produce a positive relationship.

Does America need specific flags for specific groups? In America today, we’re no longer a homogeneous society under one flag. A significant percentage of us no longer even support one president! The American flag is used by many groups, often with diverging views and ideologies.

Why should the Thin Blue Line flag be allowed to co-op the flag that belongs to all of us?

Wake up America! We’re on a dangerous path. There have always been interest groups that had their own message, some with colors and uniforms, or yes, even flags. But the Thin Blue Line has come to represent an insidious subtextual message of us vs. them that is particularly evident when it is flown alongside the ongoing murders of black and brown Americans by police.

To help you wake up, watch the Nashville-based group BR549 perform their 2001 tune “Too Lazy To Work, Too Nervous To Steal”:

I grew up around cops and firemen – one uncle was an NYC cop and his son an NYC fireman. I also have spend a significant portion of my work life handling disability claims from police and firemen. They are better at knowing what benefits they are due than any lawyer. They pursue them with the spirit of a warrior. The class of folks who become police includes a significant number of those who trade off limited opportunities compared to most occupations for fixed benefits like early retirement.

After retirement many go on to other jobs within civil service systems. We see many at the National Park Service (often some of the most useless rangers).

From Fred Van Kempen: Few topics reveal our brokenness as a civil society as does the way we abuse our Flag. I wonder how many so called patriotic citizens are even aware that a code of respect was established in the 1940ies( yes Roosevelt) with the force of law, stating how we should and should not interact with out treasured symbol. The thoughtful reader is not surprised to learn that using the flag’s likeliness as a head covering, mask, Bathing suit, bra, animal coat, athletic field covering, brand of beer, or any number of other things that the individual may want to identify with, is in fact unpatriotic and disrespectful.
The Wrongologist is right. The Flag does mean something and I fear that too many Modern Americans have lost the ability to fathom that meaning so they make stuff up, attaching their own shallow meaning. I’m not surprised we are going off the rails as a people. When we decide individually what is important with little outside input, the result is bound to be no greater than ourselves.