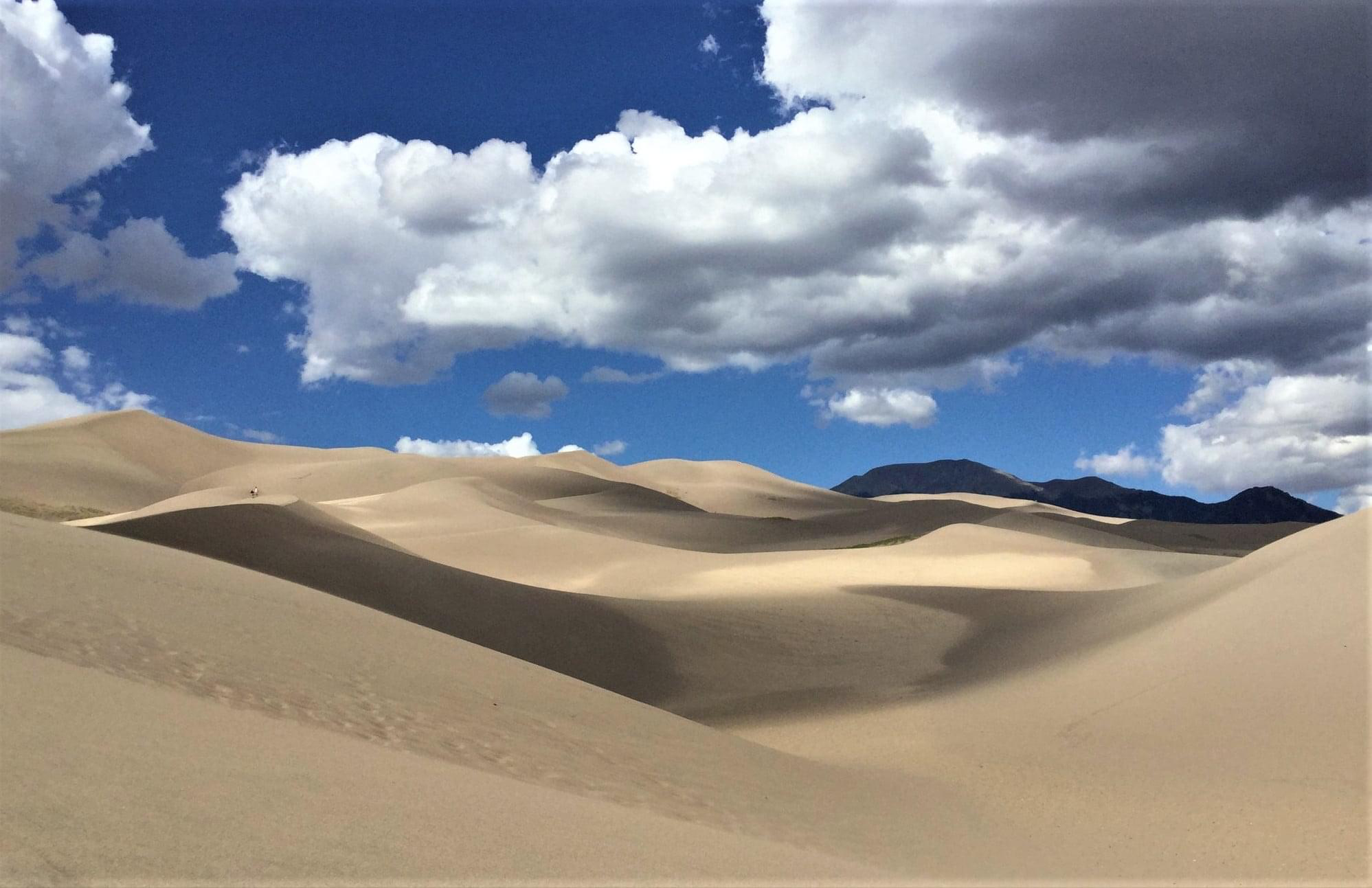 “Republican legislators in more than half of US states, spurred on by voters angry about lockdowns and mask mandates, are taking away the powers state and local officials use to protect the public against infectious diseases.”

KHN found that at least 26 states pushed through laws that permanently weaken government authority to protect public health. The actions varied but included these:

Here’s a map showing where these assaults on public health are happening: 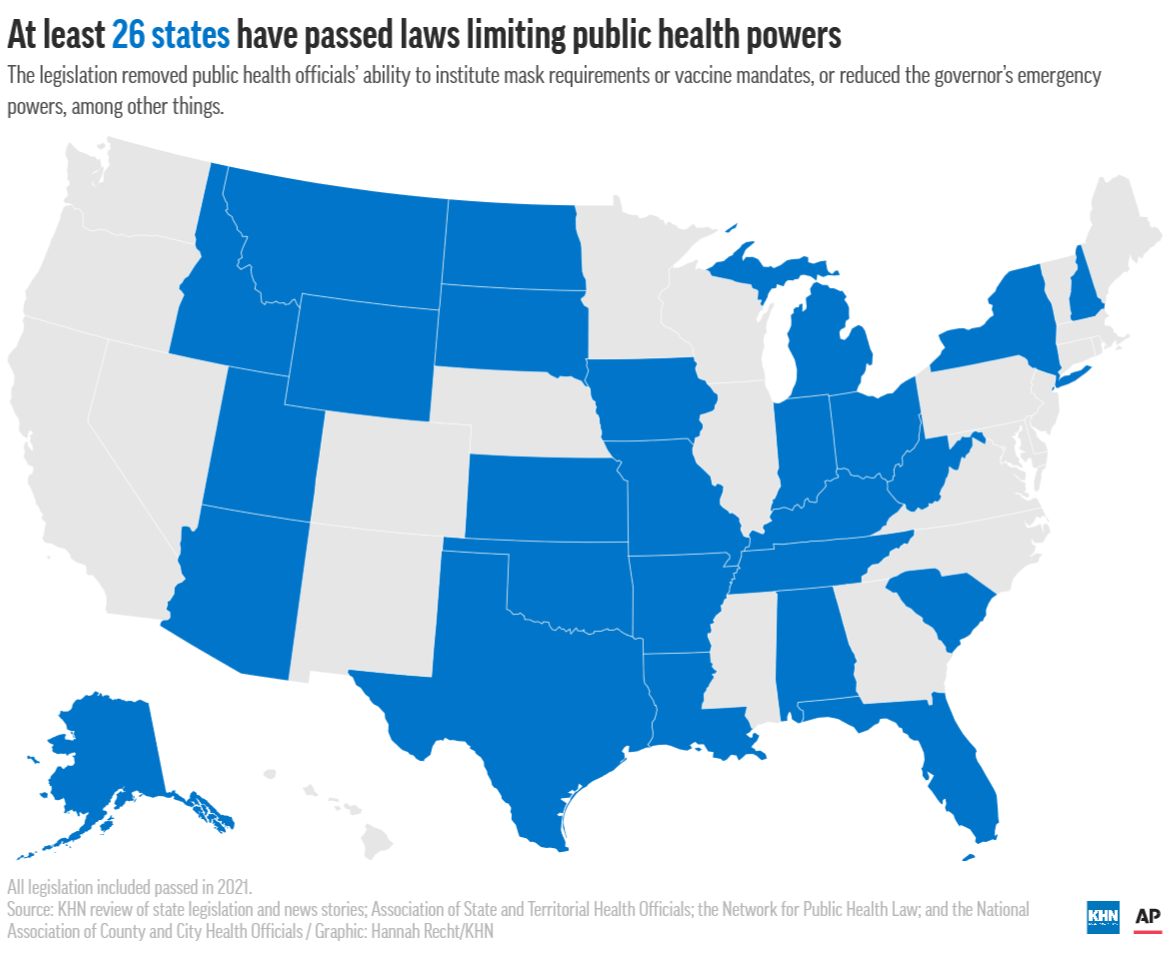 Draft legislation created by the American Legislative Exchange Council, restricting the emergency powers of governors and other officials, has inspired dozens of state-level bills, according to KHN. In some states, governors can no longer institute mask mandates or close businesses, and their executive orders can be overturned by legislators.

This toxic stew has led at least 303 public health leaders to retire, resign or be fired since the pandemic began. That means 1 in 5 Americans have lost a local health leader during the pandemic, when many hospitals are full, and people are still dying in large numbers.

This is America in 2021: It’s vitally important to the freedom of True Americans™ that the government be prevented from doing anything to help or protect them, except for cutting taxes.

We live in a dysfunctional democracy, and that seems to be the way we like it. No evil deity could have done better at setting us up to fail.

There are two big ideas that are colliding in the weakening of state-level public health and the subsequent loss of public health officials. One is the doctrine of federalism, our system of government in which the same territory is controlled by two levels of government. The US Constitution has established a system of “dual sovereignty,” under which the States have surrendered some of their powers to the federal government, but also retained sovereignty in others.

These 26 states are using federalism, asserting their power over federal regulations and processes that are designed to keep people safe. It’s unclear what the federal government can do to reverse these actions.

Public health as a function has been in decline for decades. This attack on public health is the latest step in the systematic effort to discredit the profession, to box it in. Few in public health have direct power; most are working on social/environmental research, information sharing, and creating best practices in regulation of product and worker safety.

Our dysfunctional democracy got that way by catering to corporations and wealthy donors. Politicians are disinvested in the American people; they have disinvested from creating what should be a fair sharing of social gains.

This makes them anti-public health. To the extent they have any interest, it’s in public health’s policing powers, like the bounty hunter policy that’s been enacted in Texas.

But, today’s Saturday, and it’s a legal requirement for this column to help readers find a few moments to leave the clash of cultures behind and relax for at least a few minutes. Leaves are starting to fall on the fields of Wrong, and next week marks the end of summer. We’ve placed a few mums around the yard, and Wrongo got around to calling the shop that’s fixing his snowblower for an update.

To help you relax, grab a seat near a window and listen to Karl Davydov’s Opus 20, No. 2 “At the Fountain”. Davydov was a Russian cellist described by Tchaikovsky as the “czar of cellists”. Here, “At the Fountain” is played by cellist Jérémy Garbarg, accompanied by Samuel Parent, on piano.  Recorded at the Vuitton Foundation in December 2018:

In 1870, Count Wilhorsky, a Russian patron of the arts, presented Davydov with a 1712 Stradivarius cello. This cello is now known as the Davydov Stradivarius. It was owned by the great cellist Jacqueline du Pré until her death and is currently on loan to cellist Yo-Yo Ma.