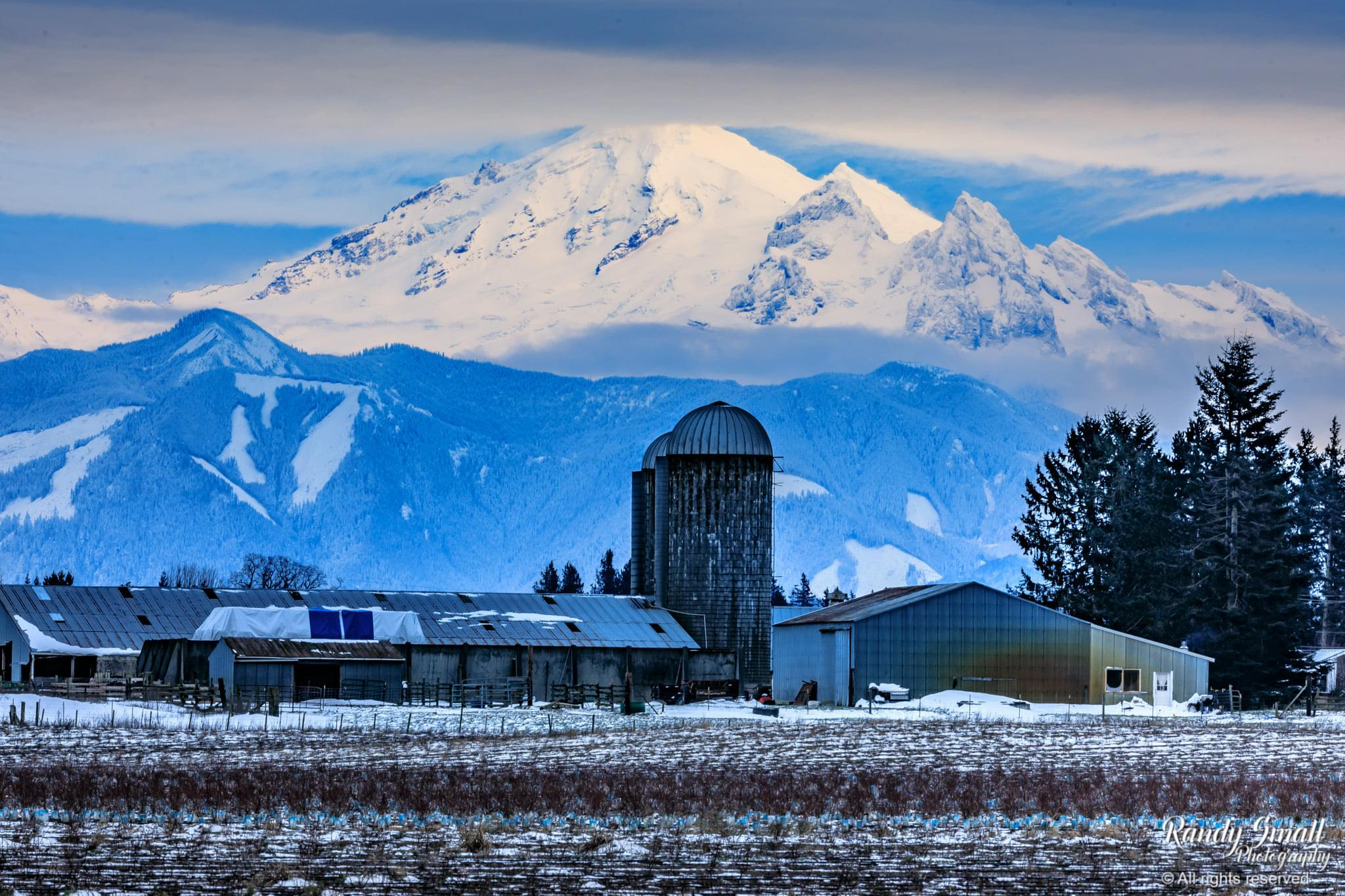 Wrongo tested positive for Covid on Christmas Day, despite being vaxxed and boosted. When he asked if it was Omicron or Delta, the hospital didn’t know, saying that the test might be selected randomly for further genetic testing. That means it’s highly doubtful any facility in Connecticut can separate Delta and Omicron patients. In fact, most places wouldn’t have the resources to do that, even if they wanted to.

So, while recovering here at the Mansion of Wrong, we’ve tried to take the required precautions, including cancelling family events, informing those who we had spent time with earlier that week, and masking indoors. One family friend who was with us last week, just texted to say that his 3.5 year old grandson whom he babysat for after seeing us, just tested positive. It’s rampant.

We are entering year three of Covid, and the pandemic isn’t over, even though most of us believed it would be over by now. Instead, for its junior year, Covid is looking like it may shift from a pandemic to an endemic disease, one we will have to live with, possibly forever.

We have effective vaccines, but a political effort is stoking anti-Vaxx feelings in order to keep the pandemic going. Republican leaders are opposing vaccinations, wearing masks, and social distancing (even though they know these things are very effective). And their followers are well — following, by refusing vaccinations, masks, and social distancing.

Despite Covid having a roughly 2% mortality rate, they seem to be more threatened by a vaccine that has a 0.0022% mortality rate. We can ask why GOP politicians are doing this. Most of them are vaccinated. They know that refusing these measures will make people sick and will likely kill quite a few of the unvaccinated, but they don’t seem to care.

Republicans are going to use this fact to attack Biden, saying that he’s handled Covid worse than Trump did, because there are more deaths on his watch.

Republicans have done everything possible to prolong Covid and to slow or prevent the implementation of measures that would have lowered the death toll. It’s like an arsonist complaining about the fire department not putting out fires fast enough. The idea that Covid vaccinations should be treated as a matter of individual consumer preference is absolutely brain-dead Republican nihilism.

The NYT reports that where people are dying of Covid also has changed since vaccines became widely available: (emphasis by Wrongo) 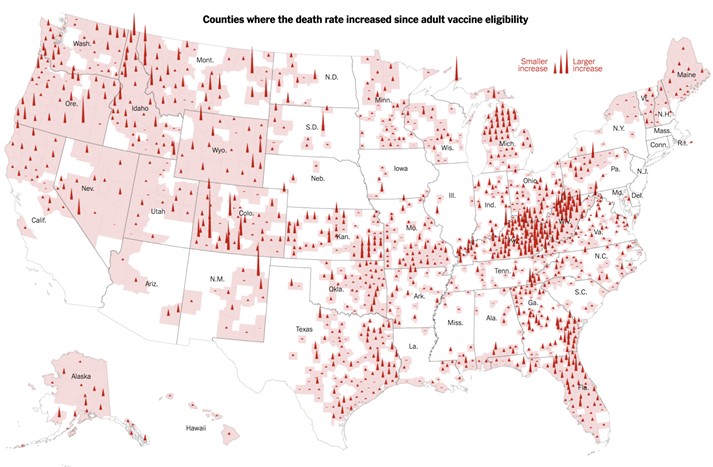 Note the concentration in Kentucky and West Virginia. The latest data from the CDC, based on data from 25 states and cities, shows that the death rate for unvaccinated people is 14 times higher than that for vaccinated people. The article also includes a map where Covid deaths have decreased. You can view it here. In most ways, it fills in the blank areas on the map above with green cones instead of these red cones.

We’ve been at this for two long years. Now starting year three, maddeningly, the issues remain the same: The health care system is running out of resources. People can’t get tested. Some people refuse to help themselves and their neighbors. New variants can emerge in the wild faster than we can develop remedies, particularly when people won’t avail themselves of the remedies we already have.

There will be end of year reports on the good things that happened in 2021. There will be reports on both the good and bad things to come in 2022. One thing that doesn’t seem likely to be in any of those reports is a changed reaction to Covid by Americans.

Happy New Year! Thanks for riding with Wrongo for another year. Raise a glass, knowing that we will try our damnedest to make sense of it all again in 2022. Let’s close with “Auld Lang Syne” performed by The Choral Scholars of University College Dublin: (hat tip to Monty)