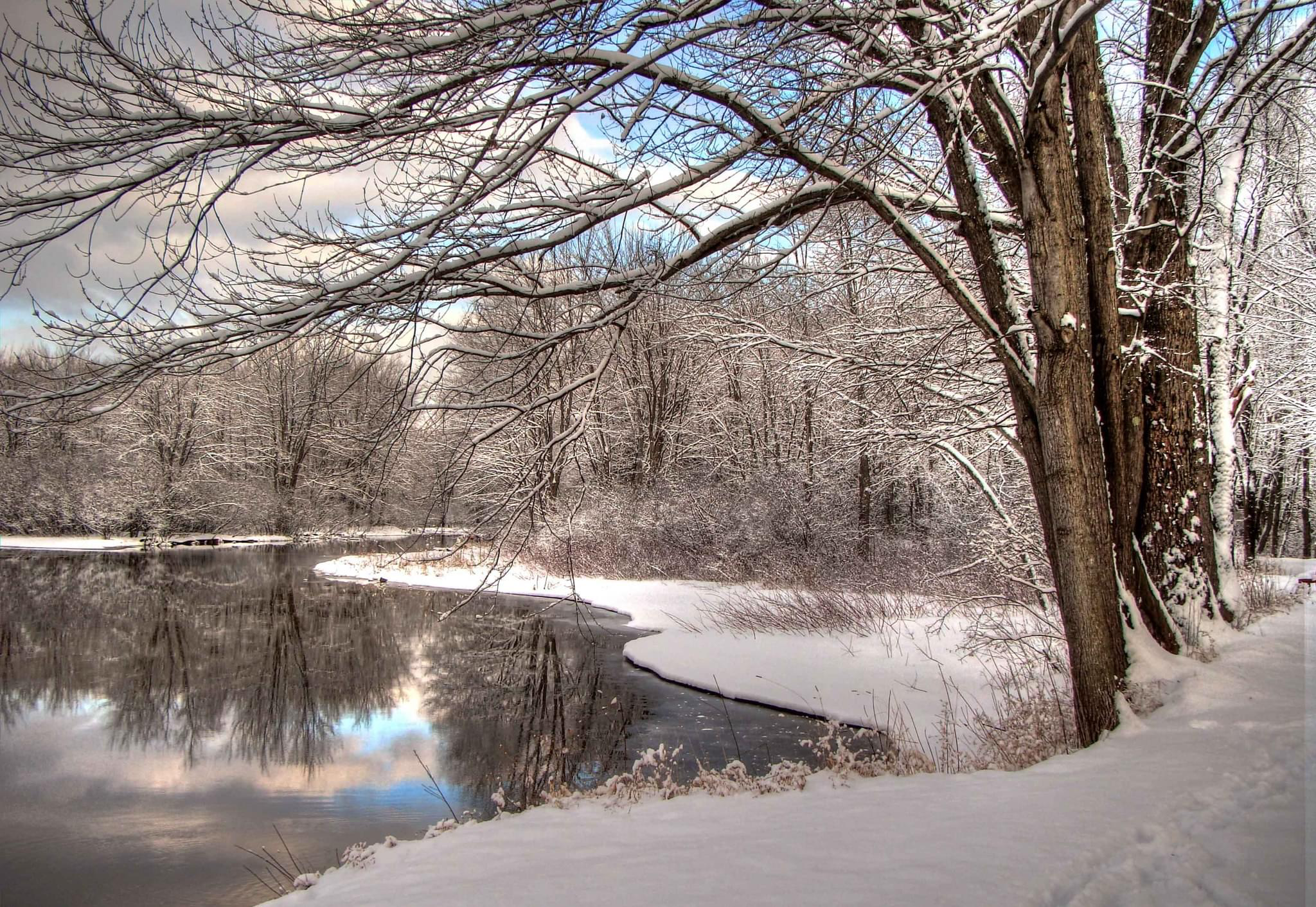 Much has been said about the January 6 attempted coup at the US Capitol and the reaction to it by Americans. Let’s take a dive into two of the key findings in the NPR/PBS NewsHour/Marist Poll survey that was published on Jan. 3, 2022. Marist surveyed 1,400 adults between December 11th and December 13th, 2021, of which 1,310 were registered voters.

When asked about whether the Select Congressional Committee’s hearings to investigate the events at the US Capitol on January 6th is appropriate, a 62% majority of Americans believe it is. Here’s the question that was asked:

“A Select Congressional Committee is holding hearings to investigate the events at the U.S. Capitol on January 6th. Based on what you have seen or heard, which comes closer to your view?”

Here are the results: 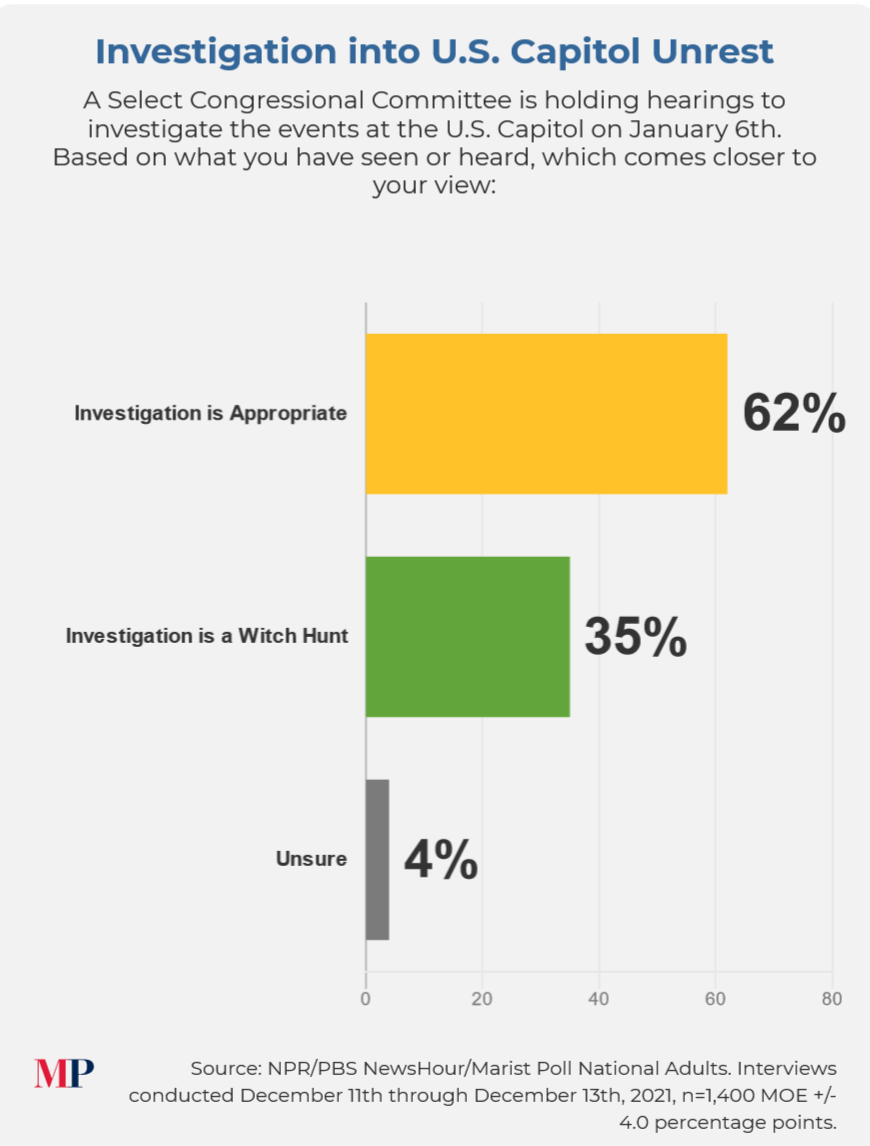 That 35% believe the Committee’s work is a witch hunt is consistent with most findings where Republicans are forced to choose between mutually exclusive answers, and one answer clearly doesn’t support their Party’s viewpoint. They are in the clear minority.

A second question, asking whether what happened on Jan. 6 at the Capitol was an insurrection, a protest, or an unfortunate event? The answers were all over the map. Here is the question asked in the survey:

“When it comes to the events on January 6th, when a crowd entered the Capitol Building in Washington, DC, and disrupted the election certification process, which of the following best reflects your thoughts?”

Overall, 49% of Americans called it an insurrection, while 25% believed “it was a political protest protected under the first amendment.” Another 19% said “it was an unfortunate event but it’s in the past, so no need to worry about it anymore.”

This shows how divided politically we are: 49% call it an insurrection while 44% say it wasn’t something to be concerned about.

Democrats (89%) overwhelmingly consider it to be an insurrection while a plurality of Republicans (45%) say it was a political protest. And an additional 35% of Republicans think it was unfortunate but is not something we need to worry about in the future.

Here are the percentages of those demographic groups that agreed with the idea that “It was an insurrection and a threat to democracy”:

61% of people who live in the Northeast

50% of people who live in the West

47% of people who live in the South

44% of people who live in the Midwest

39% of those without a college degree

Wrongo finds reason to be optimistic in these results. The fact that 62% of Americans think that the work of the Select Committee is appropriate indicates that their findings will be broadly accepted by voters. Let’s hope they publish them soon.

It is also an optimistic finding that 89% of Democrats, and 43% of independents define the events of Jan. 6 as an insurrection. Suburban voters and white college educated women – two voting blocs that supported Biden are also closely aligned with Democrats on those feelings.

The poll also found that 53% of Americans still say Trump was at fault for what happened at the Capitol. This  view has softened since Marist polled it on January 7, 2021, when 63% of Americans said they blamed Trump. That’s consistent with the continuing Right wing narrative about Jan. 6, saying that it was really just protected speech.

Overall, there are two necessary steps to securing our democracy.

First, what comes out of the investigative work by the DOJ and the House Select Committee will be accepted by the majority of Americans. That means any indictments of politicians that come from either will be broadly supported.

Second, the Congress needs to legislate to ensure that all votes are counted and that those counts are reflected fairly in the results in every state and cannot changed by partisan election officials. That is an outcome that Pelosi and Schumer must deliver in the first half of 2022.

We have to hope that both can happen before the November mid-terms.

Having turned 70 in 2021, I am cheered that older Americans has been moved up to 75 years or older.

@Terry: I crossed into the “older” category 3 years ago. And I apparently remain in the minority among my peers regarding the significance of Jan. 6

I live in a Republican County and so assume every man is a Trumper. I avoid the topic at all costs.