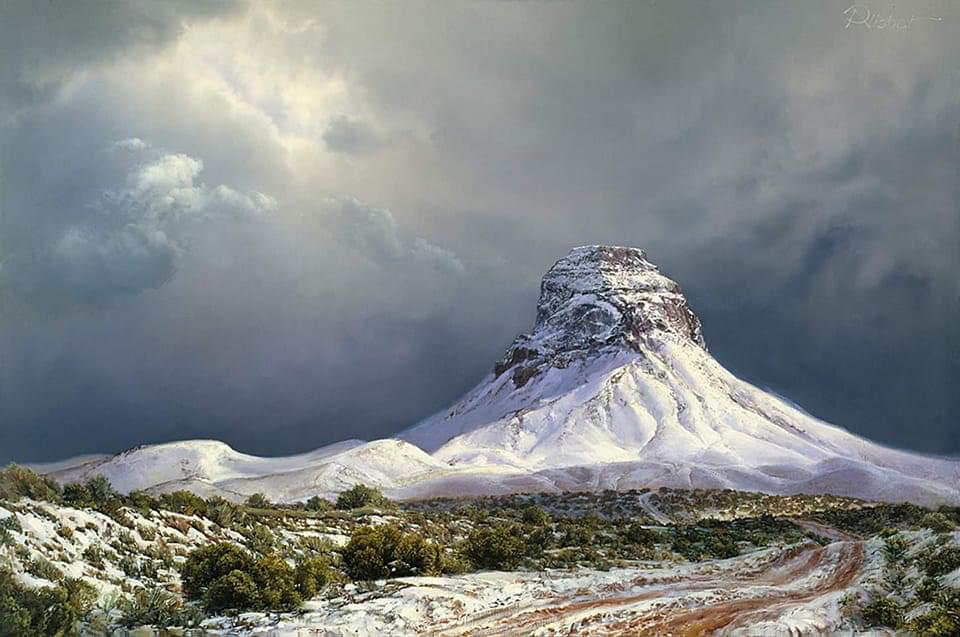 January 6 should have been a national day of mourning. The president spoke in the very place that symbolized the attempted coup, the Rotunda of the Capitol. From Biden: (parenthesis by Wrongo)

“We saw with our own eyes: rioters menaced these halls, threatening the life of the Speaker of the House, directing to hang the Vice President of the United States of America. What did we not see? We did not see a former president, (Trump) who had just rallied the mob to attack, sitting in a private dining room off the Oval Office in the White House, watching it all on television and doing nothing for hours as police were assaulted, lives at risk, the national Capitol under siege.”

You can watch his speech here.

But except for a very few, Republicans boycotted Thursday’s 1/6 events. We have to accept that means they support the insurrection and the candidate who mobilized it:

“Top Republicans were nowhere to be found at the Capitol on Thursday as President Biden and members of Congress commemorated the deadliest attack on the building in centuries, reflecting the party’s reluctance to acknowledge the Jan. 6 riot or confront its own role in stoking it.”

Trump won the argument within the Party over his efforts to nullify the election results. McConnell, McCarthy, and their allies abandoned the thought of considering impeaching Trump over January 6. That instead became a rallying cry for Democrats. When the second impeachment went forward, the Republicans closed ranks behind Trump.

Wrongo argued for the second impeachment. With hindsight, that effort has ended any bipartisan effort to get to the truth about who and what caused Jan. 6. Republicans initially supported a commission to investigate it, but soon abandoned even that.

A bit of history: When Hitler attempted his putsch in 1923, he got off with a slap on the wrist thanks to a sympathetic right-wing judge. A decade later he was chancellor. That’s a stark history lesson for AG Merrick Garland.

The attempted putschists who stormed the US Capitol on Jan. 6 are being prosecuted, but it’s the principal organizers who should now be getting the primary attention of law enforcement. Republicans are hoping that Garland will sweep the potential crimes committed by Trump and his organizers, like Bannon, Meadows, and Navarro, under the rug.

This is the ultimate expression of the rule that every accusation made by the Republicans is in fact a confession. From the AP:

“….since that day, separate versions — one factual, one fanciful — have taken hold. The Capitol riot — the violent culmination of a bid to delegitimize the 2020 election and block its certification — has morphed into a partisan ‘Rashomon,’ the classic Japanese film about a slaying told from varying and conflicting points of view.”

Instead of receding into the past, the story of the Capitol riot is yet to be fully written. America needs the DOJ and the House Select Committee to tell the story by criminal referrals.

Leave the history of the event to historians.

We need to take at least a momentary break from thinking and talking about January 6. It’s Saturday and time for our Saturday Soother, and boy, we need one today. It snowed quite a bit in New England on Friday morning, with totals between 3” and 15” depending on location. Once again, Wrongo’s repaired snowblower served as an insurance policy against a heavy snowfall. We got a mere 5”, so Wrongo got to exercise his snow shovel instead.

We’re having a belated Christmas party today. Between Covid and suspected Covid, this is the first time that some of us can occupy the same space. So, before the family descends on the Mansion of Wrong, let’s brew up a strong cup of Conquistador coffee ($18/12 oz.) from San Francisco’s Henry’s House of Coffee.

Now grab a comfy seat by a window, look out on the winter wonderland and listen to the “To Kill A Mockingbird Suite” written by Elmer Bernstein for the 1962 movie. Bernstein was one of the most prolific composers to emerge in Hollywood in the 1950s. It’s played here by the Beethoven Academy Orchestra, in Krakow Poland, with Sara Andon on solo flute: