“We can’t be an institution that can be bullied into giving you just the outcomes you want…We are becoming addicted to wanting particular outcomes, not living with the outcomes we don’t like…”

So suck it up American women! They’re sure that the leak is worse for America than their outrageous decision, and nothing you say will change any Republican minds. It is likely to be a long time before this (anticipated) decision is reversed. We will be a nation divided between states where reproductive freedom is guaranteed and states without it.

Major judicial errors in American history have been reversed before. The Constitutional amendment prohibiting alcohol was repealed in 14 years. The Supreme Court opinion upholding laws that criminalized gay sex was overturned after 17 years.

Women have many reasons for choosing abortion that have nothing to do with not wanting to be a parent. They may have medical needs; a fetus may carry genetic defects; the woman may be an underage child or a survivor of rape or incest. Adoption does not erase either the medical effects or the psychic scars that forcing a mother to term might inflict, and that may persist long after pregnancy is over.

And on this Mother’s Day, it is particularly ironic that they call themselves pro-life. Except, of course, for mothers. On to cartoons.

Who should be feeling violated? 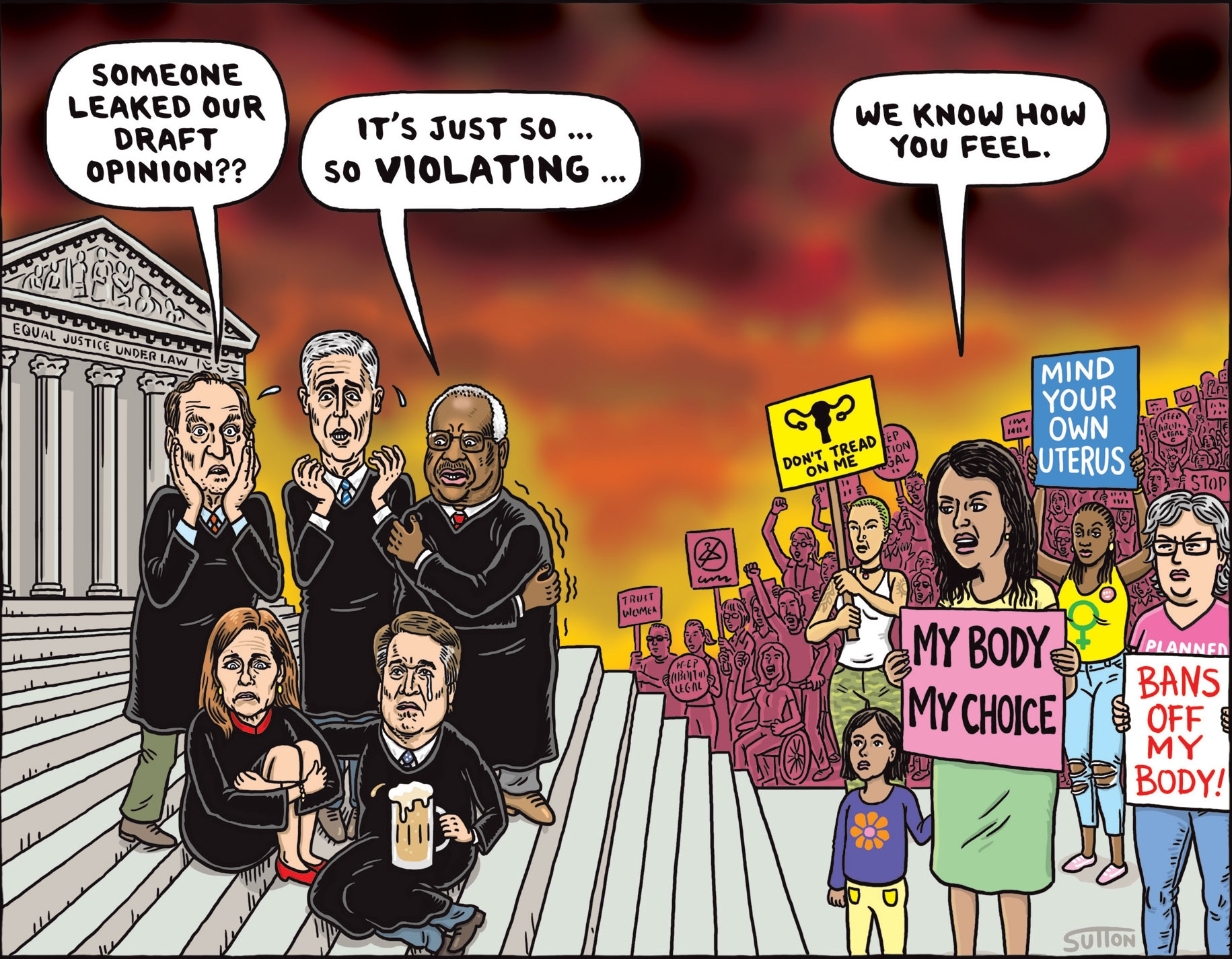 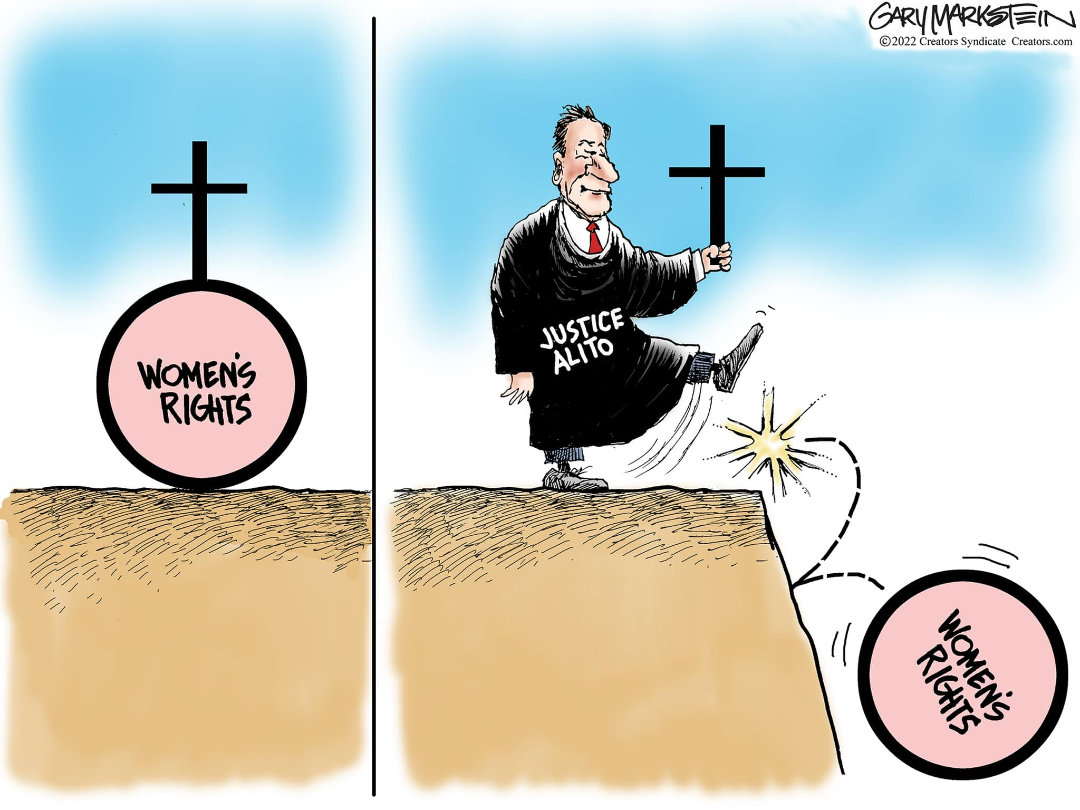 Barrett shows she’s one of the boys: 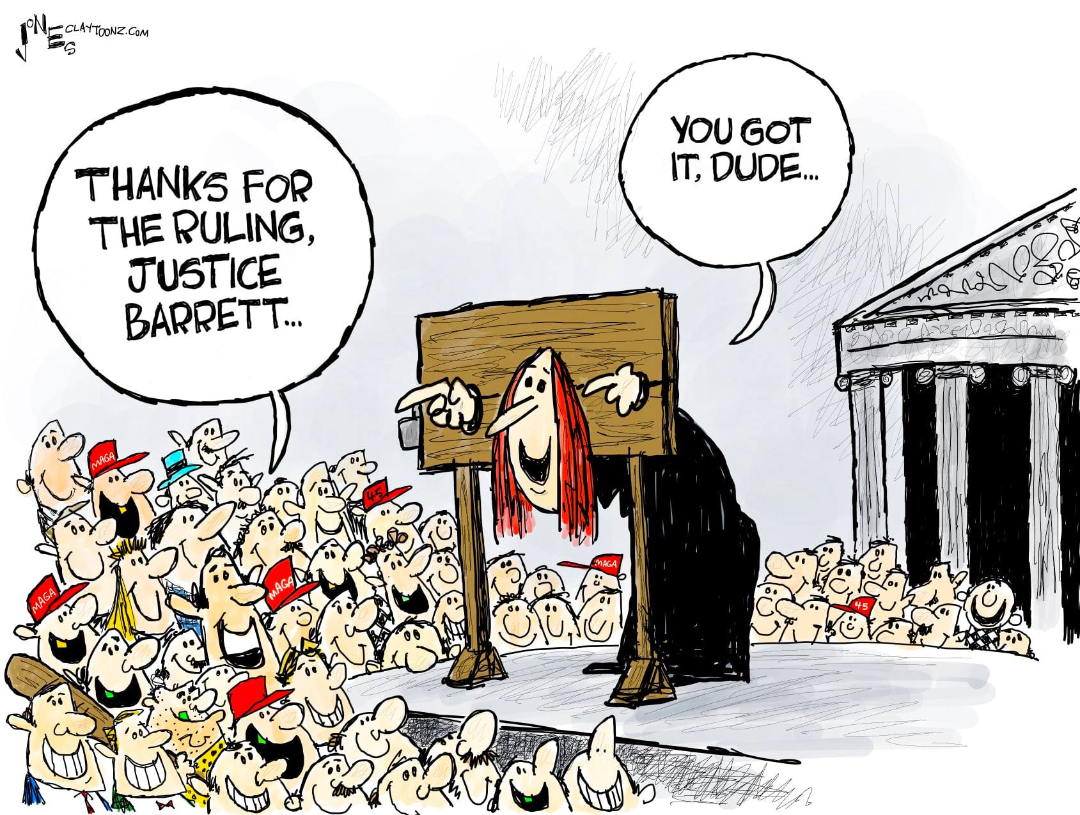 More of the hypocrisy: 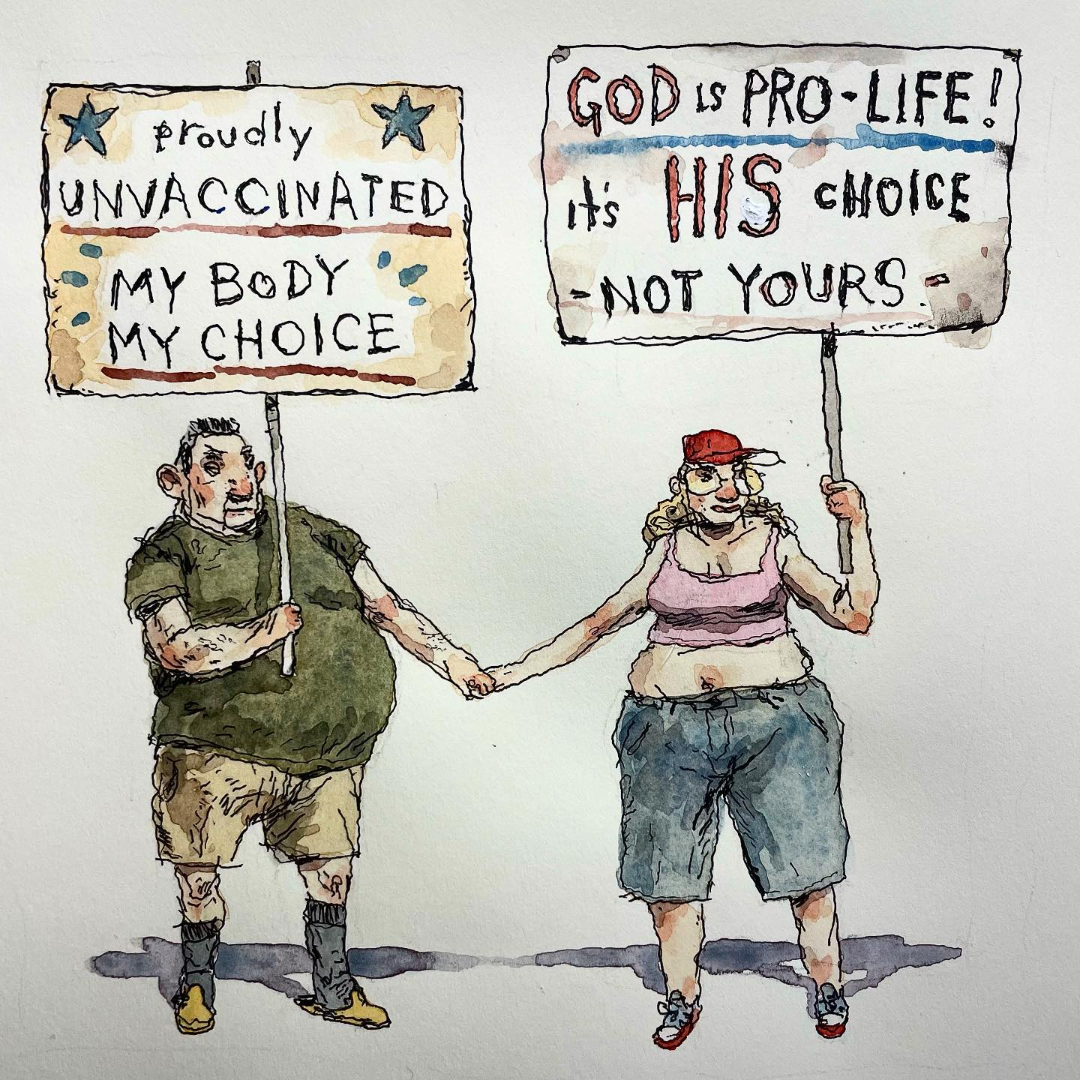 Oh, the places you will go: 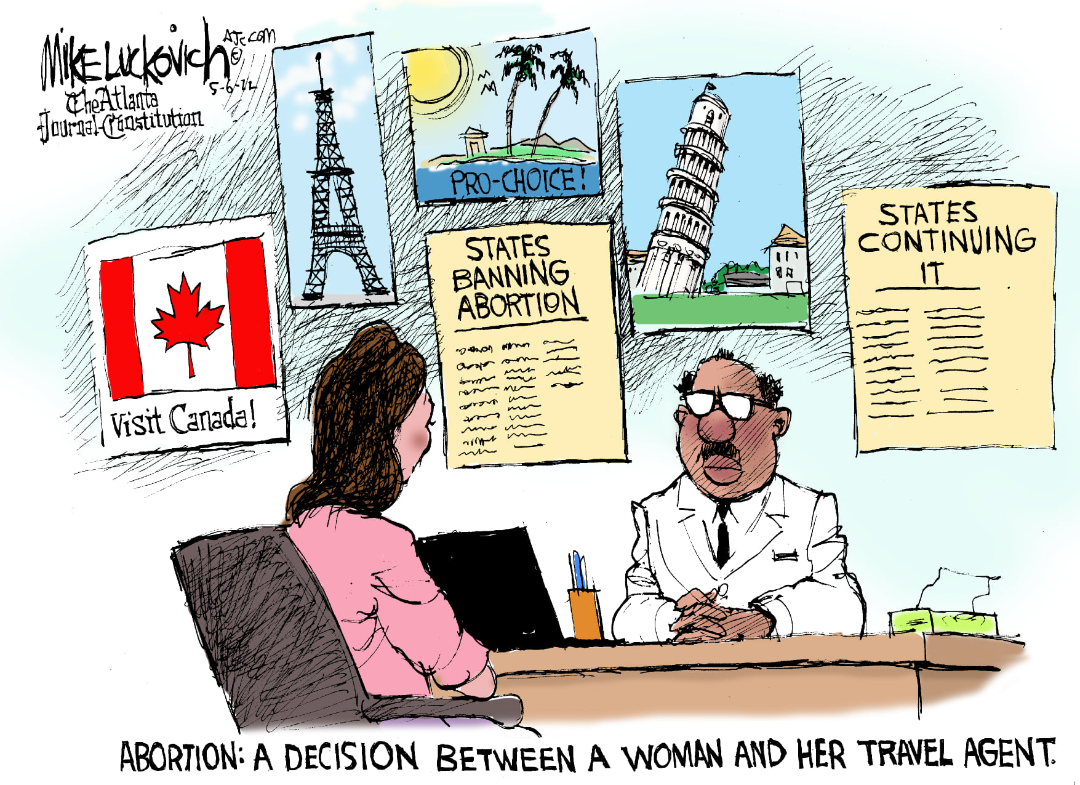 Anybody else think Republicans are too controlling? 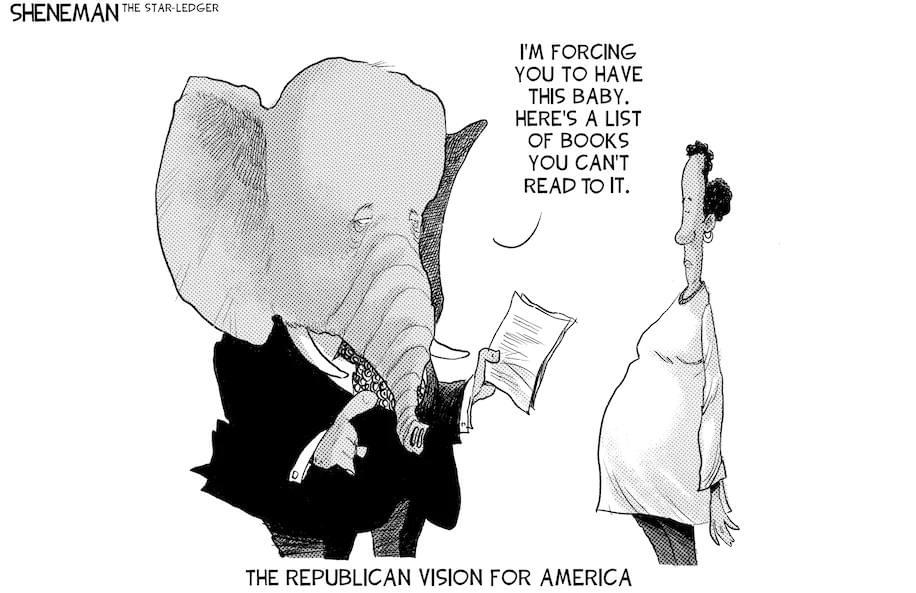 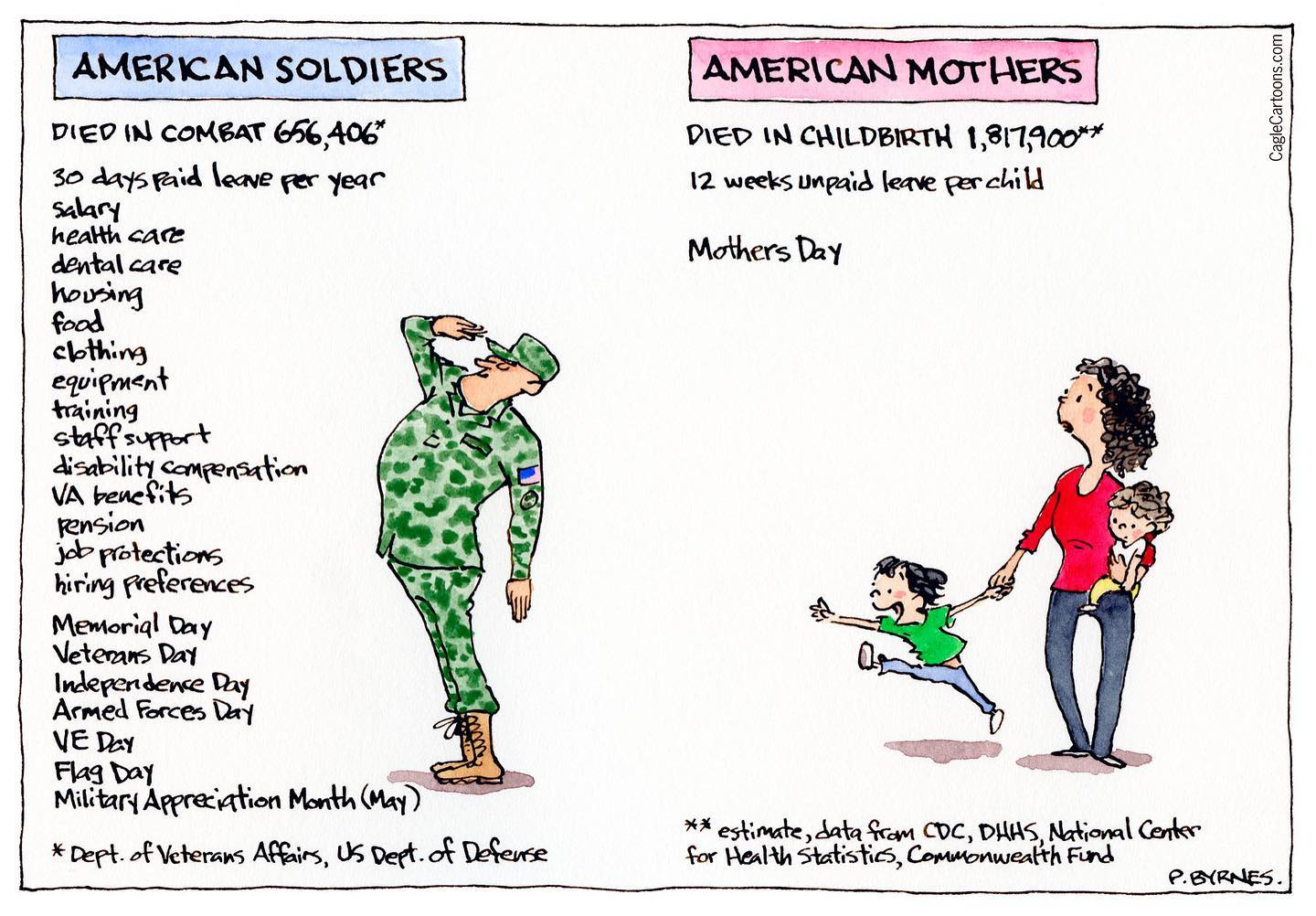