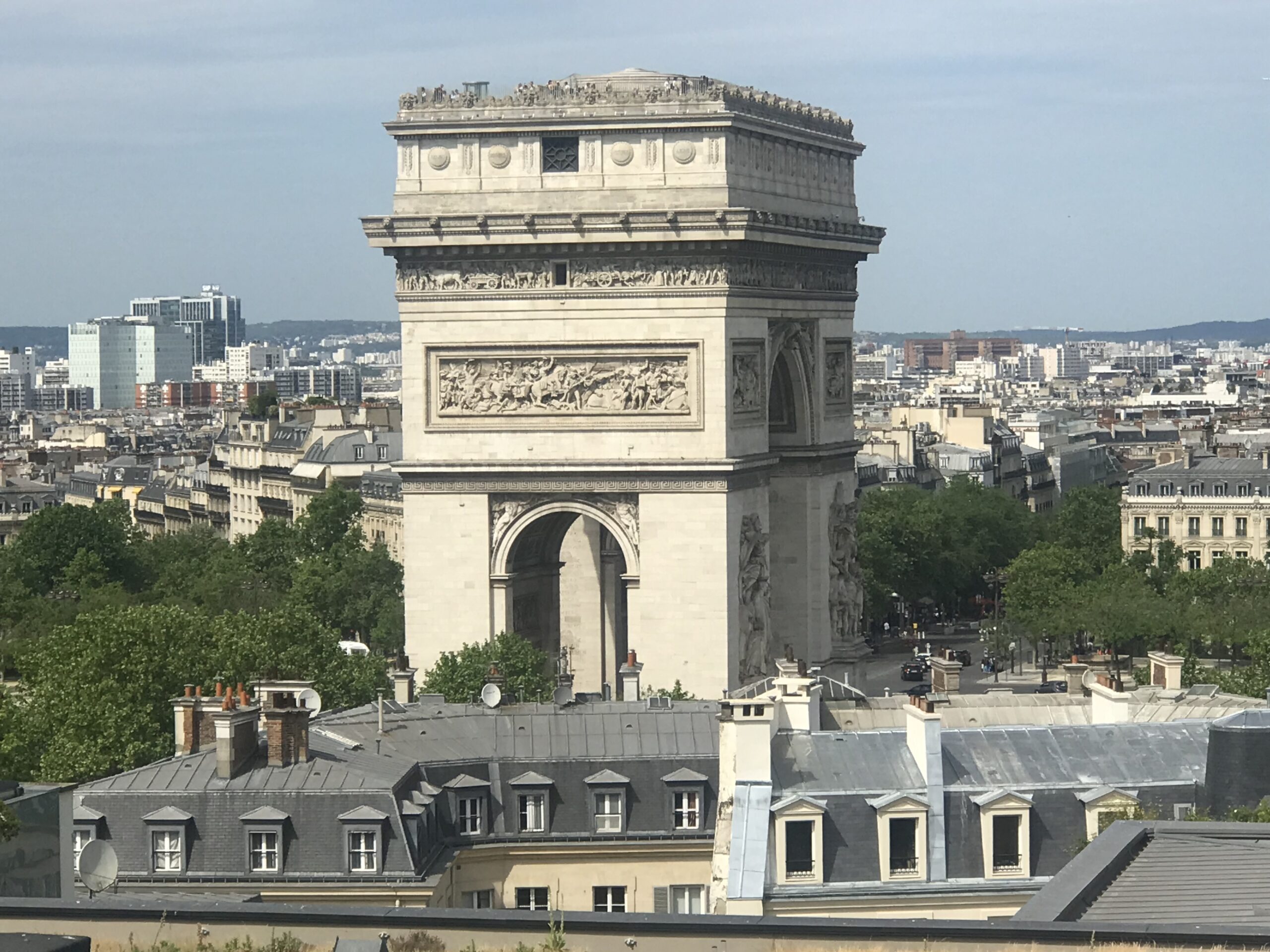 A different view of the Arc de Triompe, taken from the roof garden of our Paris hotel – May 2022 iPhone photo by Wrongo

Before resuming the travelogue, despite limited internet connections and zero television, we’ve heard about the mass killing in Buffalo. It represents the inevitable convergence of the major trends animating the Republican Party as it schemes about a successful return to power: White nationalism, gun worship, internet radicalization, and hate speech masquerading as First Amendment absolutism.

It isn’t too soon to assign responsibility for this and almost all hate-fueled attacks to Republicans. It’s time for Democrats to go on the attack: Every day, all day long until the message is burned into the consciousness of the public.

Finally, Republicans always use the argument that it was mental illness that caused someone who hates the “others” to use a killing device for its intended purpose. The killers are valued Republican followers until they pull the trigger. Then they become unfortunate mental cases who just happen to support Tucker Carlson’s ideas. On to the travelogue.

After spending a few nights in Paris, Wrongo, Ms. Right and our traveling companions are spending seven days in the Loire Valley. We were fortunate to reconnect with Stan, a guide from our last extended trip in France in 2008. So far, we have had fantastic weather: sunny skies, high 70°s F and low humidity. Much of this trip is food and wine focused, but the Loire is also the principal wheat growing region of France. The Loire is a bucolic place, sometimes referred to as the “Garden of France”. Here is an example of a Loire Valley wheat field: 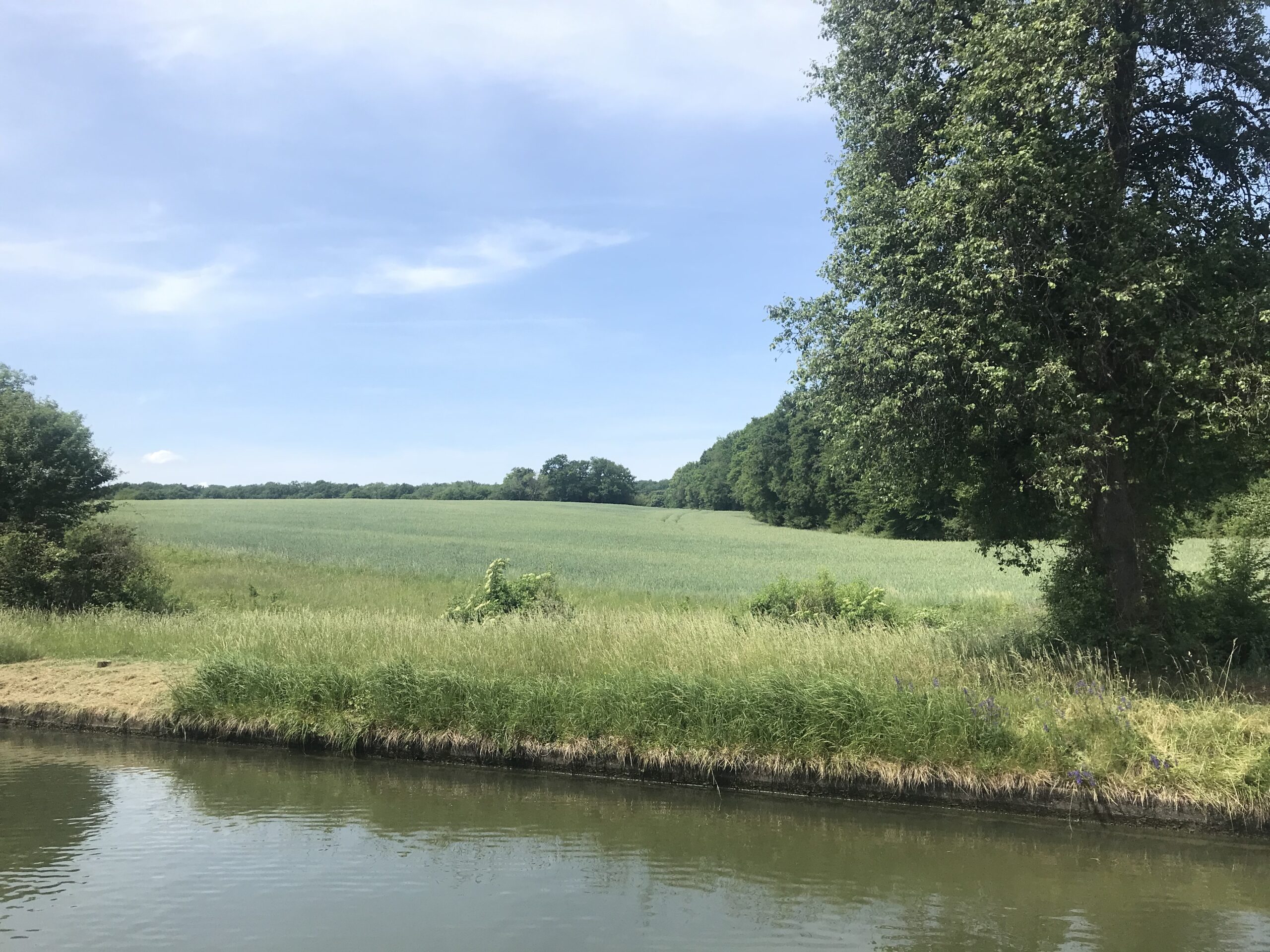 Many fields are surrounded by mature trees that help shelter the crop from the wind. And while most farms are small and independent, increasingly, large corporations are buying out French family farmers, and are changing the local culture. Like in the US, there is an active movement to prevent the purchase of family farms by corporations.

This is not a very populated part of France. We drove through several villages that seemed empty of people, but when we attended the town market in Gien on Wednesday, it was clear that was where people were congregating. Gien is a town on the Loire River. During WWII, its main bridge was bombed first by the Nazis and later by the French. It was rebuilt in the 1950s, using much of the stone that was rubble in the river after the war. Here’s a photo of the reconstructed 12-arch bridge over the Loire River today: 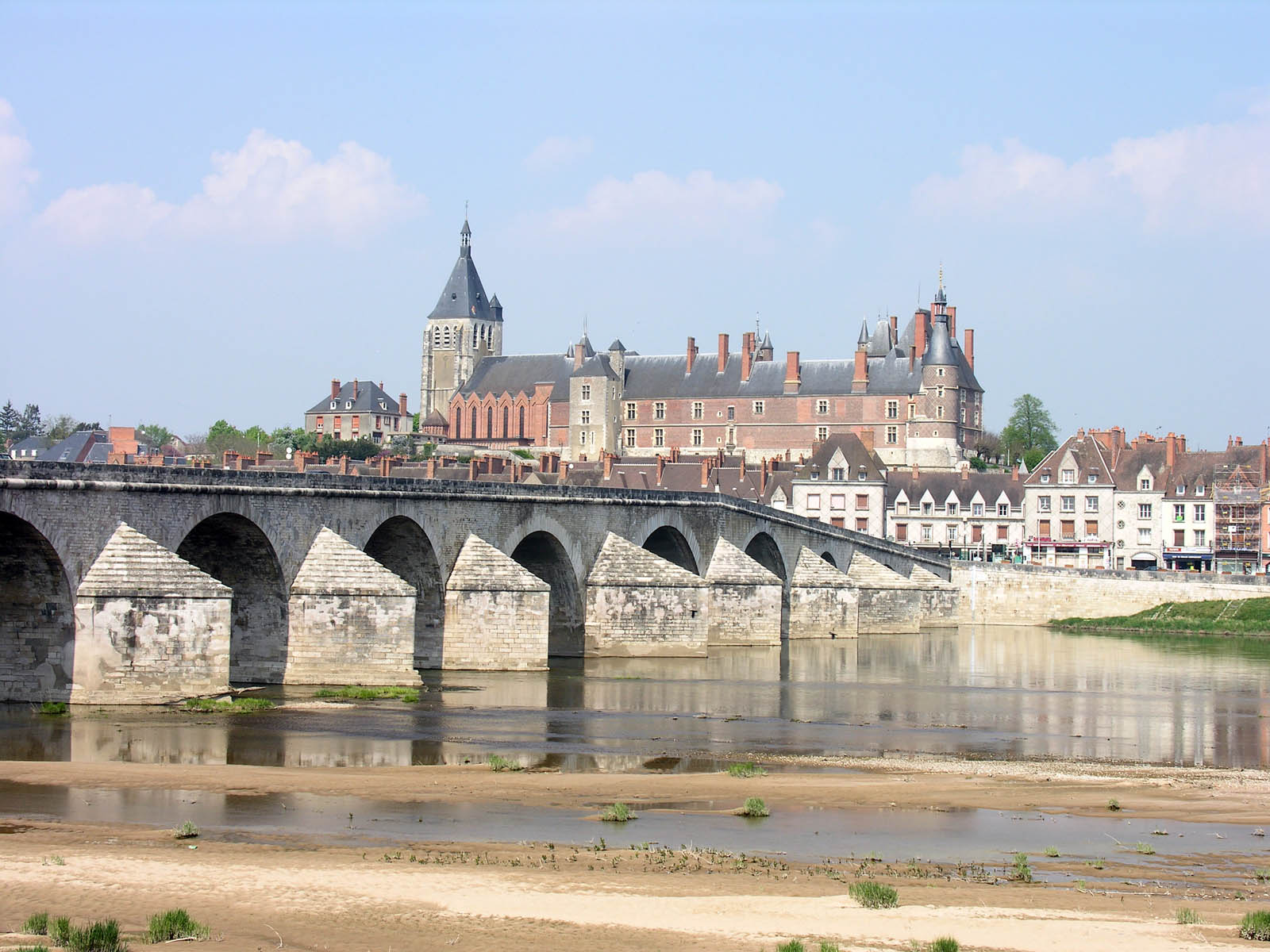 In the background is the 15th Century Chateau de Gien that was also bombed in WWII and later restored by the French government. The picture above shows how far the Loire has retreated from its original width and depth over the past few years. Ten years ago, the river’s edge would have been about 15 meters behind where the photo was taken. While climate change is a global culprit, as it is here, another issue is that water from the river is used to cool the Loire region’s nuclear power plants. France under President Macron is committed to nuclear. In February 2022 France announced plans to build six new reactors and is considering building another eight. France is the world’s largest net exporter of electricity due to its very low cost of power generation. It receives €3 billion/year from this source. About 17% of France’s electricity is from recycled nuclear fuel.

Tonight we’re headed to Auberge des Templiers restaurant , a 2022 Michelin 1-star that is part of a Relais & Chateaux hotel in Boismorand. We’re expecting a fine time, and will give a review in the future.

Let’s close with a video of some of the chateaux of Loire: