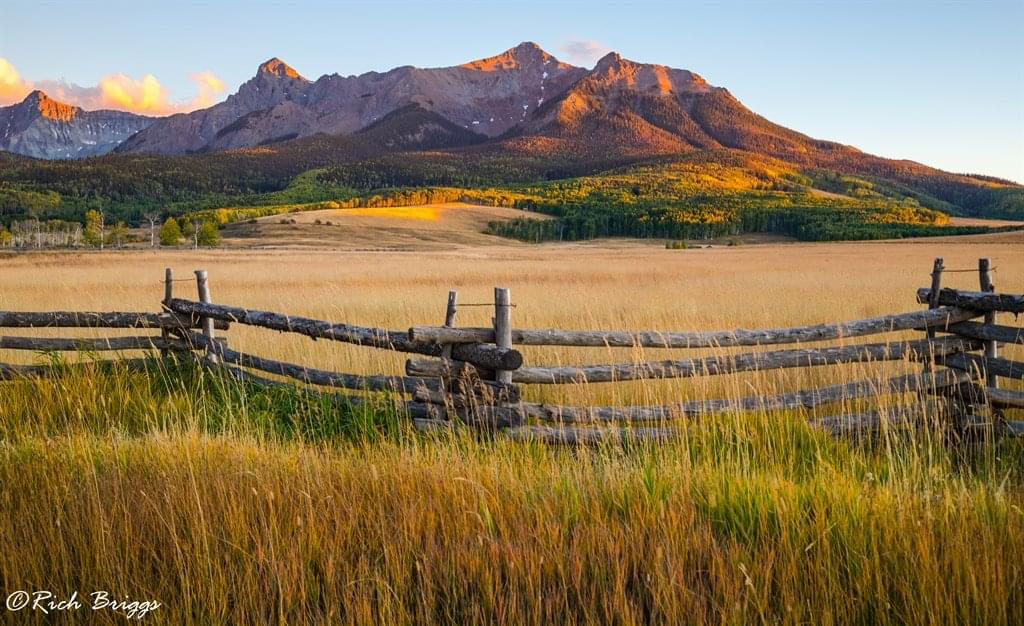 Sunset along the Last Dollar Road (from Telluride to Ouray), CO – photo by Rich Briggs Photography

Democrats are messaging like mad about the Jan. 6 attempted coup public hearings that start tomorrow. The NYT is asking whether the “Jan. 6 Hearings Give Democrats a Chance to Recast Midterm Message.”

The NYT thinks the real question is whether the “message” of the Jan. 6 hearings will “resonate” with voters. We know that the Republicans now deny that Jan.6 was an attempted coup. We know that the Big Lie, the Great Replacement Theory, and the idea of the Second Amendment uber alles, are mainstream views of the GOP. The Times shouldn’t be covering the mid-terms and the hearings as if they are sporting events – the future of the American experiment is on the line.

Along the way to becoming a Party that totally supports violence, for years, Republicans have been a Party of Senators who do nothing to solve America’s problems.

And it isn’t simply their position on government spending. Once upon a time, Wrongo considered Republican concerns about government spending and budget deficits a serious viewpoint. But since they give tax cuts to the wealthy and to corporations whenever they’re in power, they have lost all credibility on spending.

Under Republican rule, the US left the international consortium to blunt climate change. They walked away from an Iran nuclear deal that leaves the world in a much less safe place. They politicized the pandemic and mocked efforts by public health officials to prevent Covid from becoming the endemic disease it is today.

Going back five decades, they steadfastly opposed national health insurance for the millions of Americans who had none. Their opposition continued by causing the Clinton plan for health insurance to crash on takeoff. Republicans fought the ACA during the Obama administration, although it passed without a single Republican vote in 2010. They fought to overturn it throughout the Trump years.

Today, the Senate is in a position to act on multiple measures, including gun control, that would improve the lives of millions of Americans. They could vote tomorrow. But they won’t because neither Party can muster a filibuster-proof majority in the Senate.

The 2022 mid-terms provide a moment for all Americans, including Democrats, Independents, and a few Republicans to do some serious soul searching. They need to answer the question: Do you want a government that does nothing or a government that tries to solve problems?

Do you want to elect representatives who despise government, or do you want men and women who bring informed views and respect for our Constitutional democracy to the House and Senate?

Wrongo was in high school when the book “Profiles in Courage” came out. It was ghost-written for then-Senator John Kennedy (the original JFK, not the current empty suit from Louisiana). The book profiles Senators who defied the opinions of their Party (and constituents) to do what they felt was right. Most of them suffered severe criticism and losses in popularity because of their actions.

Today, no one expects to see a Senator of either Party act solely on the basis of moral courage. It is a terrible shame that it takes more courage for a politician to say or do the right thing than they can muster.

But there’s no public mandate for do-nothingism. And the structure of the Senate empowers a minority who doesn’t want anything to get done. When legislators refuse to legislate, they’re telling the American people that they couldn’t care less about urgent issues like gun violence, fair wages or voting rights.

They’re happy to sit on their hands despite Americans needing their help.

This is anti-democratic. If there was strong public support for do-nothingism, at least our governing institutions would reflect public opinion. But the Senate doesn’t reflect what the public wants.

The Senate has changed drastically since its “Profiles in Courage” days. It was conceived as the body that would cool the passions of the House and consider legislation with a national perspective. But today, the Senate has become a body that shuns debate, avoids legislative give-and-take, proceeds glacially, producing next to nothing.

Wrongo worries that in the mid-terms, Democrats will run mainly against the Big Lie, and their sparse record of legislative achievements. They should run against the “Do Nothing Republicans” in the Senate.

The Democratic Party is more diverse ideologically than the Republicans. This is a messaging challenge for them. The Republican’s coalition is narrower. It’s more ideologically homogenous. Given the Senate’s skewed geography, Republicans need only appeal to their base and little else, to succeed. That allows them to use simpler messages.

In “The Cause, The American Revolution and its Discontents, 1773-1783” by Joseph Ellis, he says that before the revolution, colonists didn’t think of themselves as Americans. They described their fight for independence as “The Cause”, an ambiguous term that covered diverse ideas and multiple viewpoints. It succeeded in unifying them against the British.

Running against “Do Nothing” Republicans would also use an ambiguous term covering multiple viewpoints. It would allow Democrats to move away from the idea that they have to sell a wider array of ideas to a wider group of voters.

It might also energize both Dems and Independents at a time when they are dispirited.