(New columns will be light and variable for the next week, since Wrongo and Ms. Right are attending grandson Conor’s wedding in NC. Regular programming will resume on July 6.)

We’re not talking about the Supreme Court or the J6 news this morning. We’ll leave that for the cartoons below. Instead, let’s focus on an enlightening article from Curbed: “Hoboken Hasn’t Had a Traffic Death in Four Years. What’s It Doing Right?”:

“Hoboken feels downright roomy. Wander down the wide, busy sidewalks of Washington Street, the city’s main strip…and one thing becomes clear….A pedestrian doesn’t have to play the…perilous game of New York City crosswalk chicken, where you squint through the windows of a massive metal box to catch a glimpse of another speeding metal box whose driver doesn’t see you.”

“Few drivers park next to crosswalks in Hoboken because they can’t. Those spots are blocked off with bike racks or planters or storm drains or extra sidewalk space for pedestrians or vertical plastic pylons that deter all but the boldest delivery-truck drivers. Stand at a corner, and you can see what is coming toward you, and drivers can see you too, and you don’t have to step out into the road and risk your life to do it.”

This concept is called Vision Zero, a strategy that municipalities across the US and abroad have adopted that seeks to alter traffic and engage pedestrians to lessen the severity of accidents. In total, Hoboken has had three traffic fatalities since 2015.

As Hoboken’s streets get safer, the rest of America is getting less safe. Traffic fatalities in NYC were up 44% percent in the first quarter of 2022. Hoboken has empowered it’s pedestrians and every corner makes it clear they have the right of way. Hoboken’s streak of zero fatalities could end at any time, and eventually will, but that’s no reason for other cities and towns not to enable similar change. On to cartoons.

Somebody should remind the Conservative ideologue Justices that America is a multi-belief country: 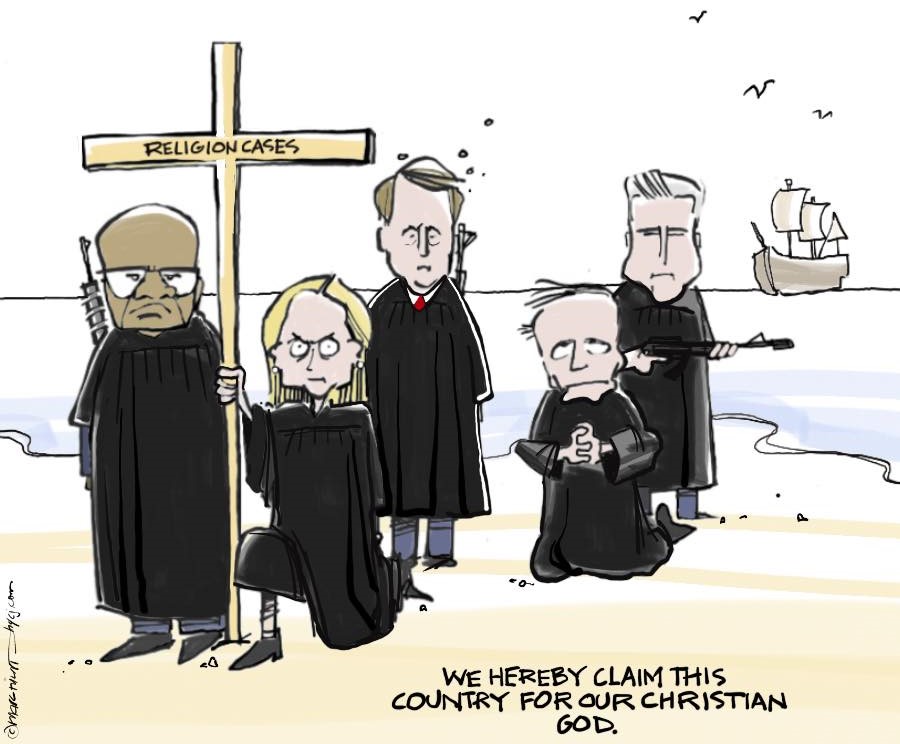 It’s on the ballot in November: 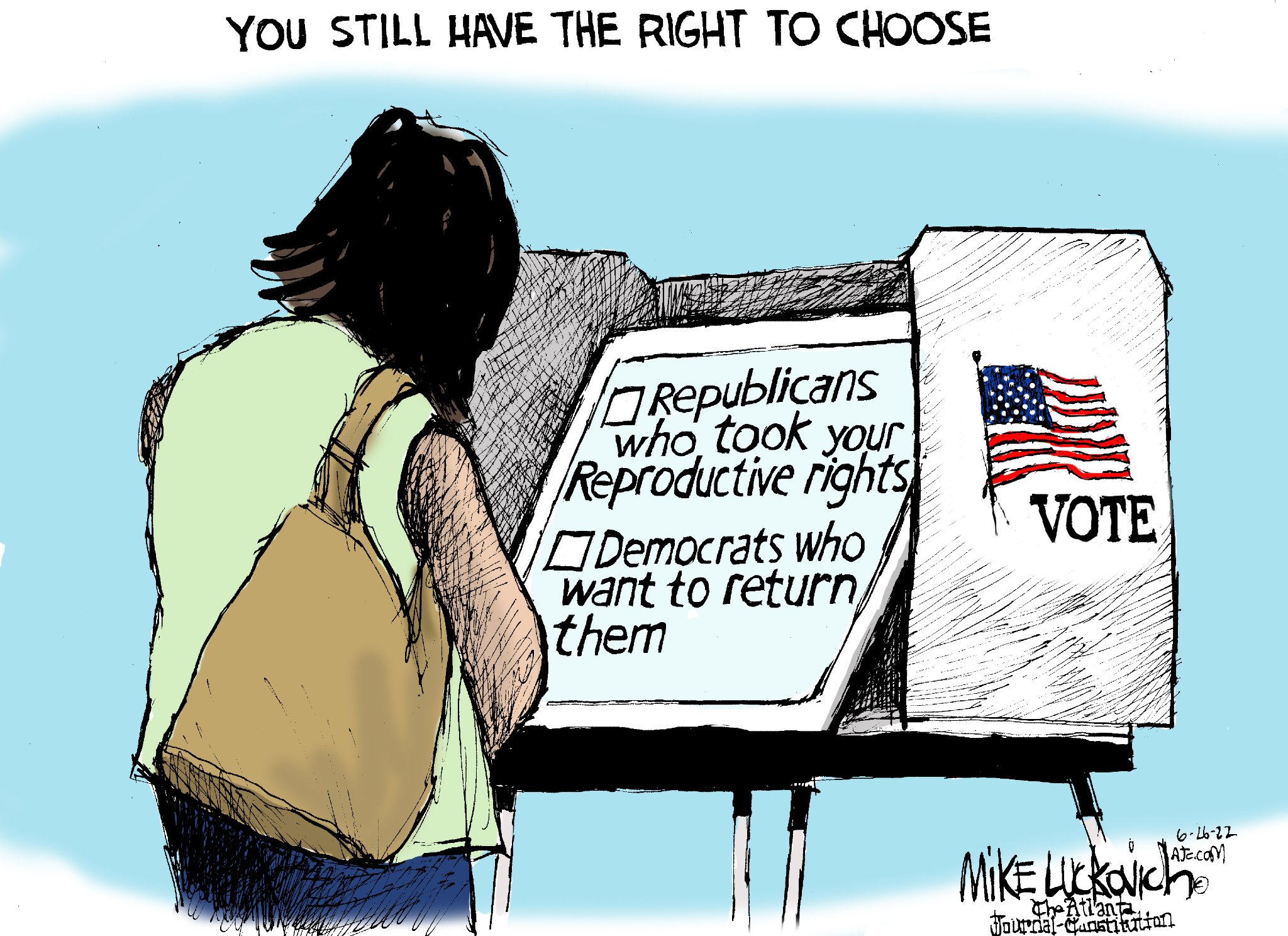 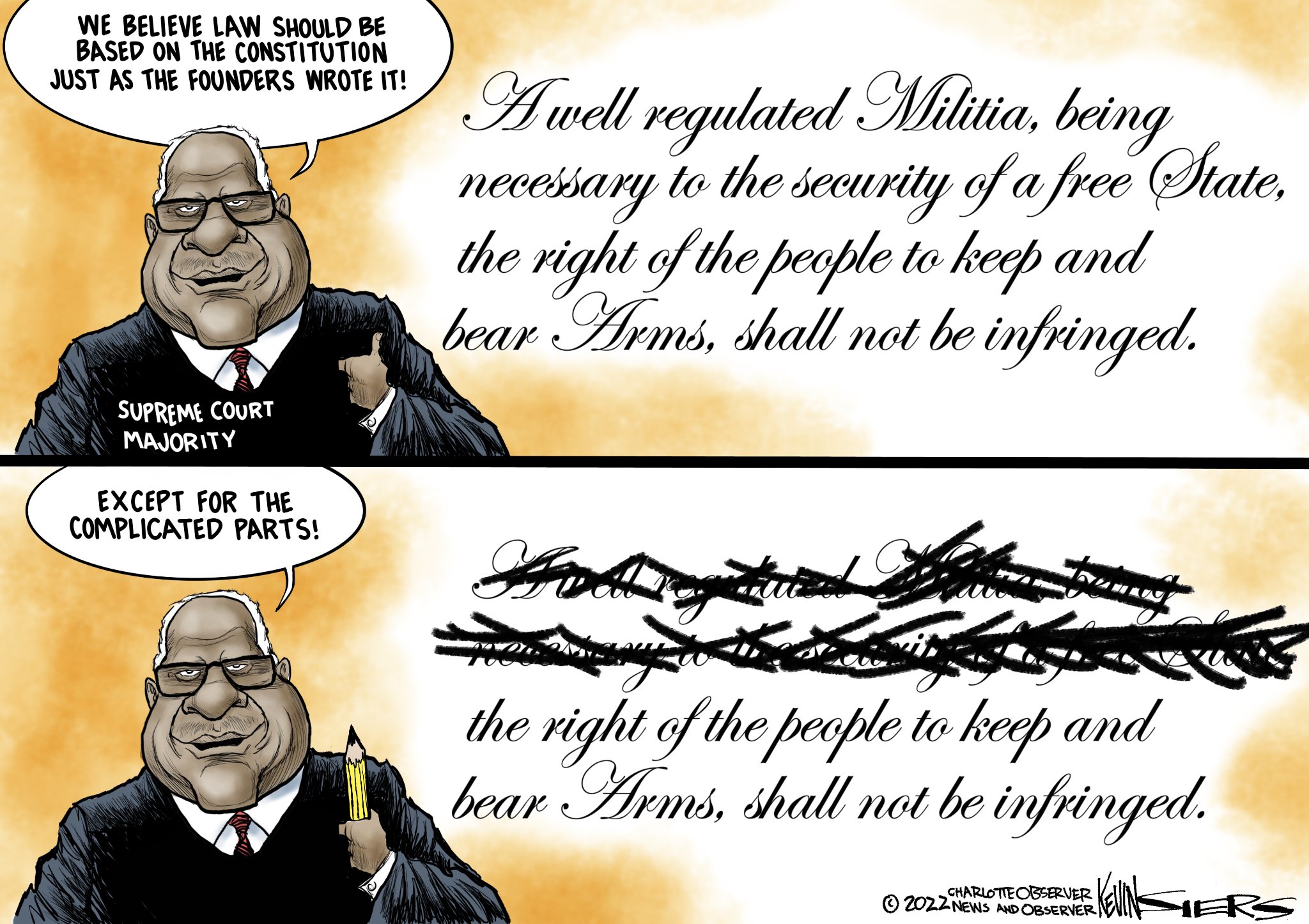 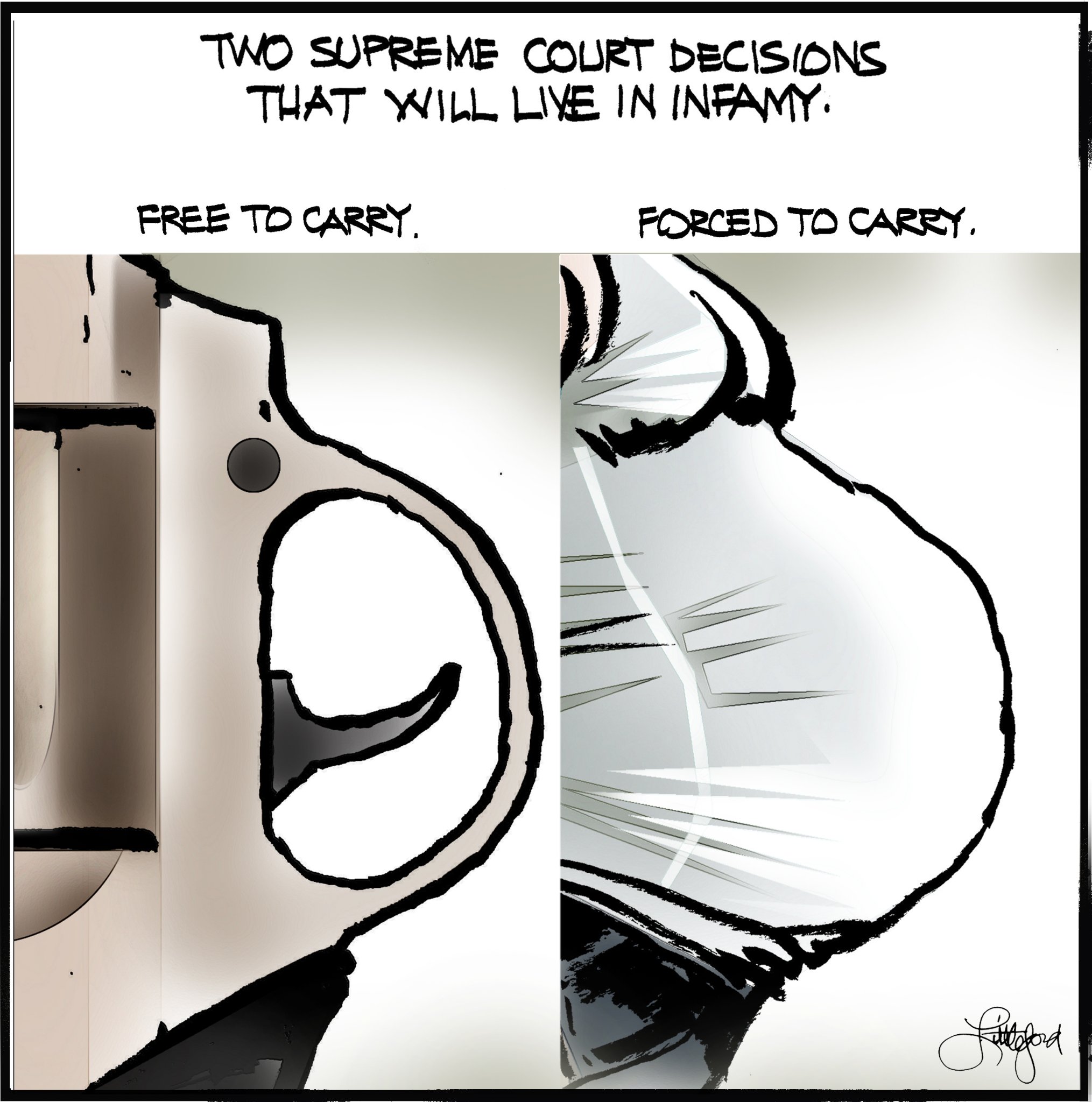 The scales of justice get a Conservative makeover: 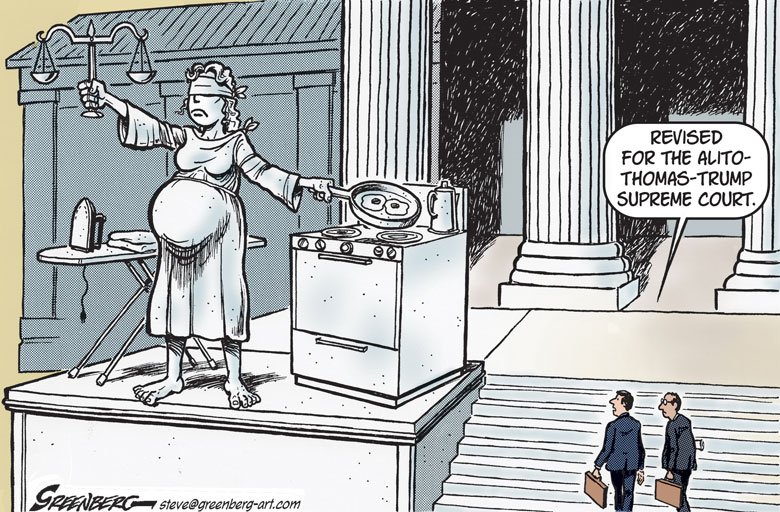 The J6 hearings have inspired criticism from Texas. The late Molly Ivins referred to Texas as the “national laboratory for bad government”: 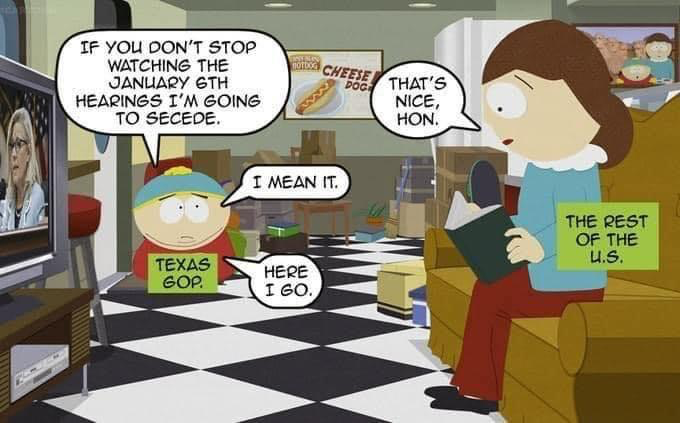 Uvalde ,TX failures give new meaning to an old idea: 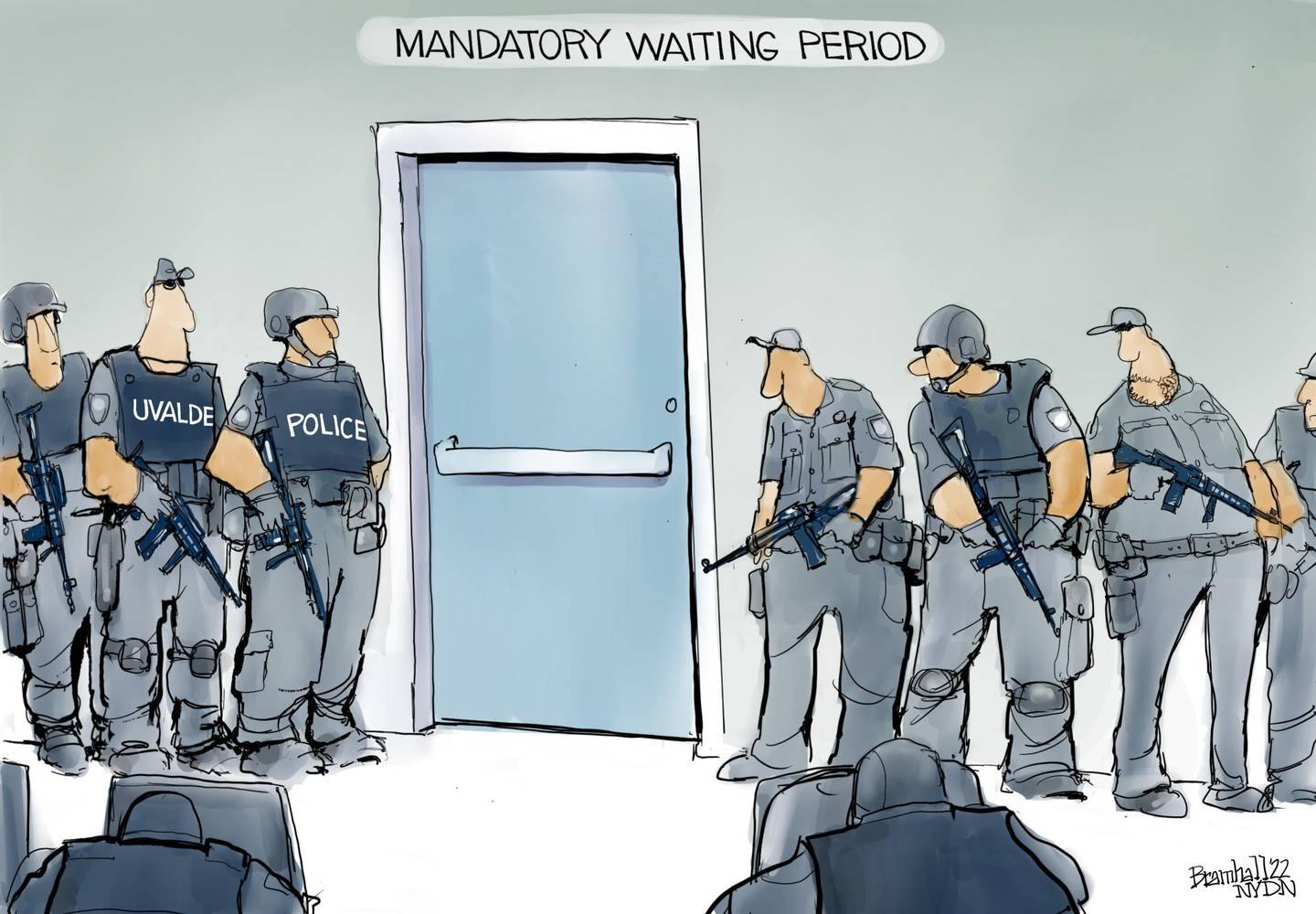