Q: Why do people take an instant dislike to Justice Samuel A. Alito?  A: It saves time.

Alito called out Prince Harry as making a particularly hurtful comment. What Harry said at the UN:

“This has been a painful year in a painful decade….Climate change wreaking havoc on our planet, with the most vulnerable suffering most of all. The few weaponizing lies and disinformation at the expense of the many. And from a horrific war in Ukraine, to the rolling back of constitutional rights here in the United States, we are witnessing a global assault on democracy and freedom, the cause of Mandela’s life.”

This guarantees that Alito will be forever known internationally as a dickhead. On to cartoons.

Manchin had a surprise: 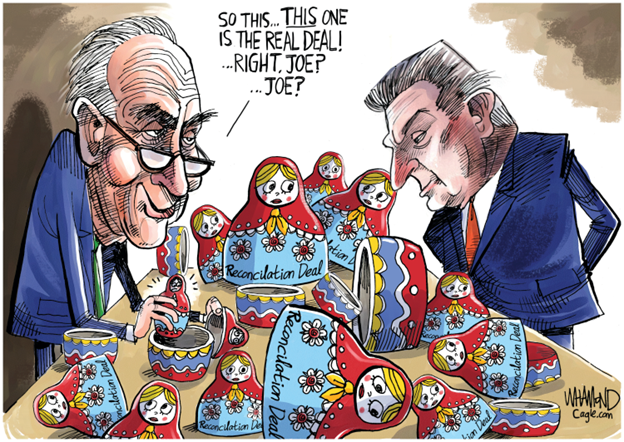 The GOP’s burning its mid-term chances by walking away from the PACT act: 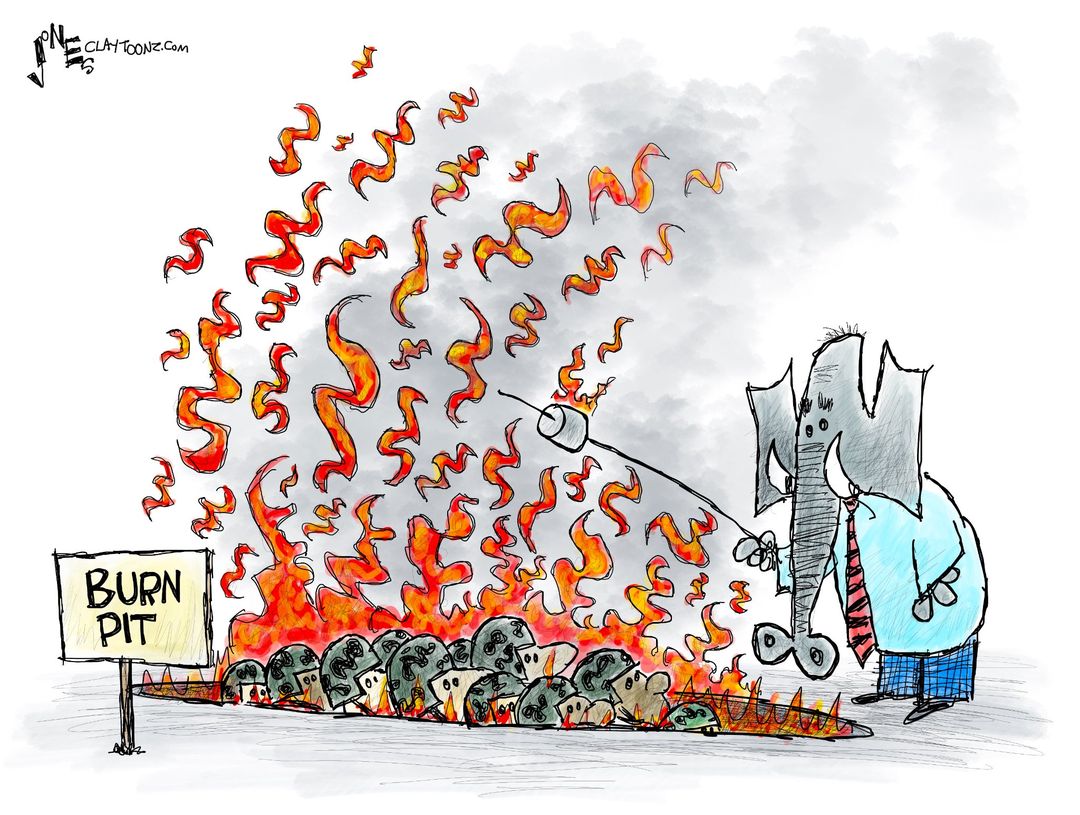 And this incarnation of GOP plumbers need tech support: 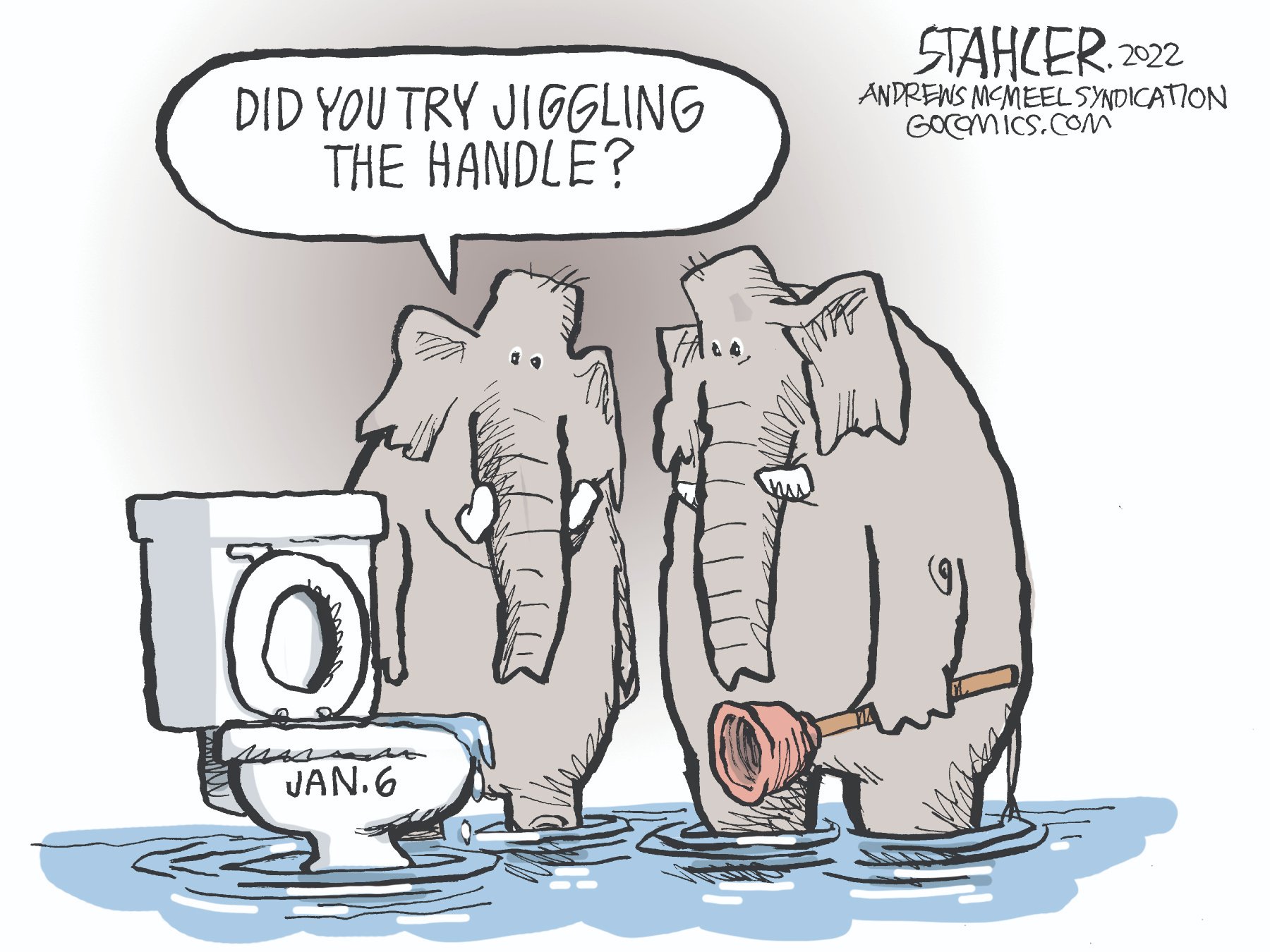 The stuff of nightmares: 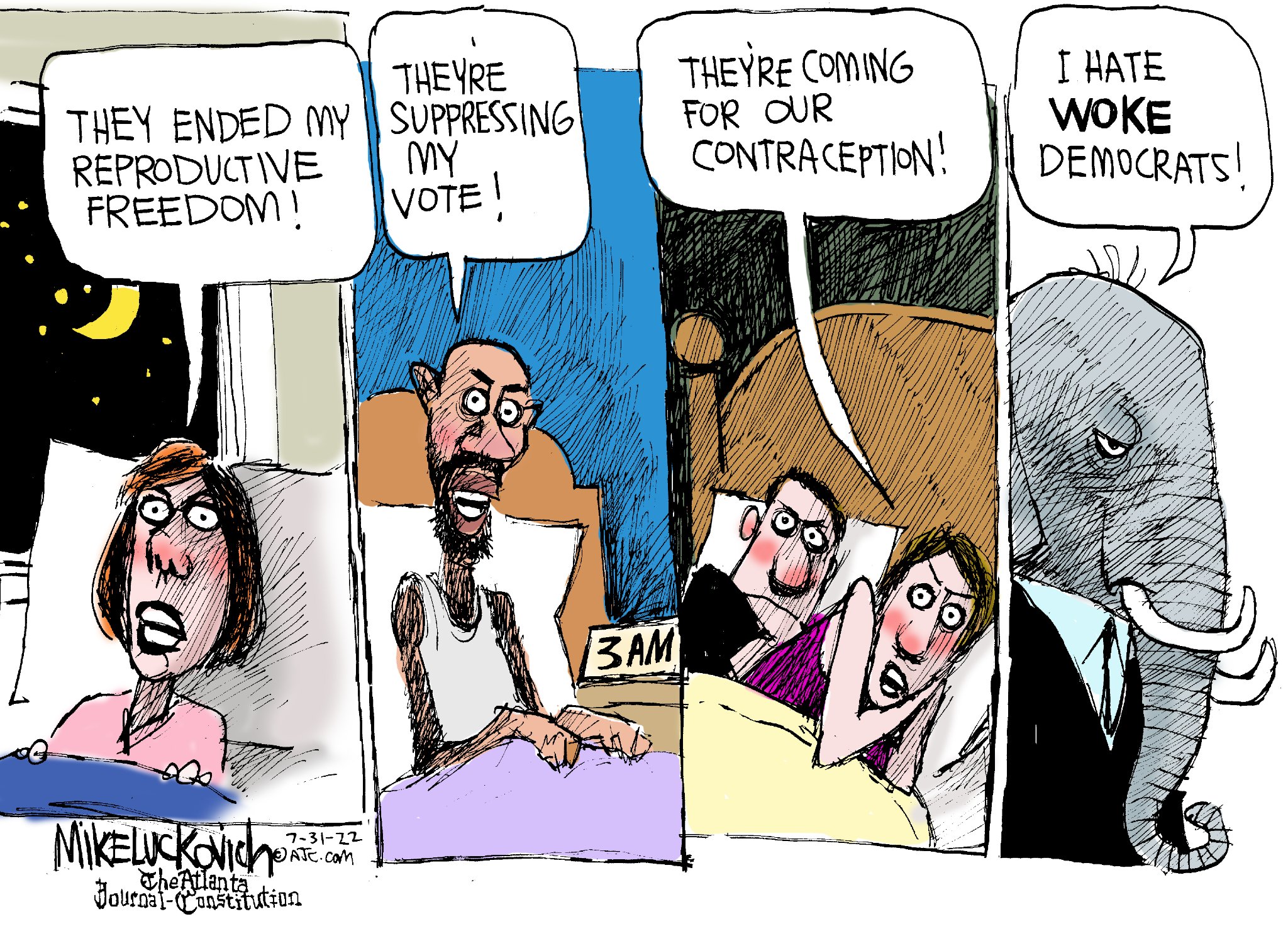 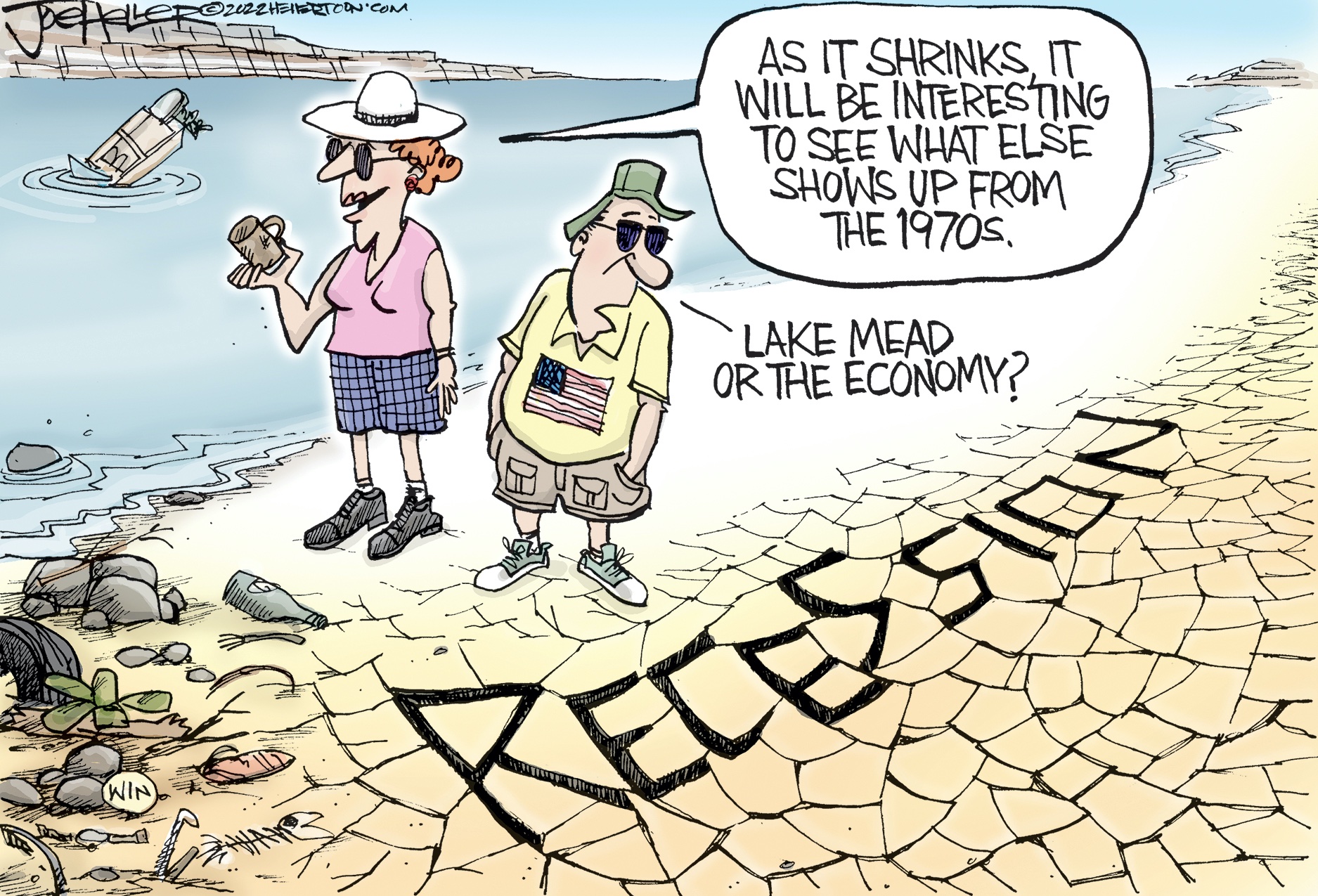 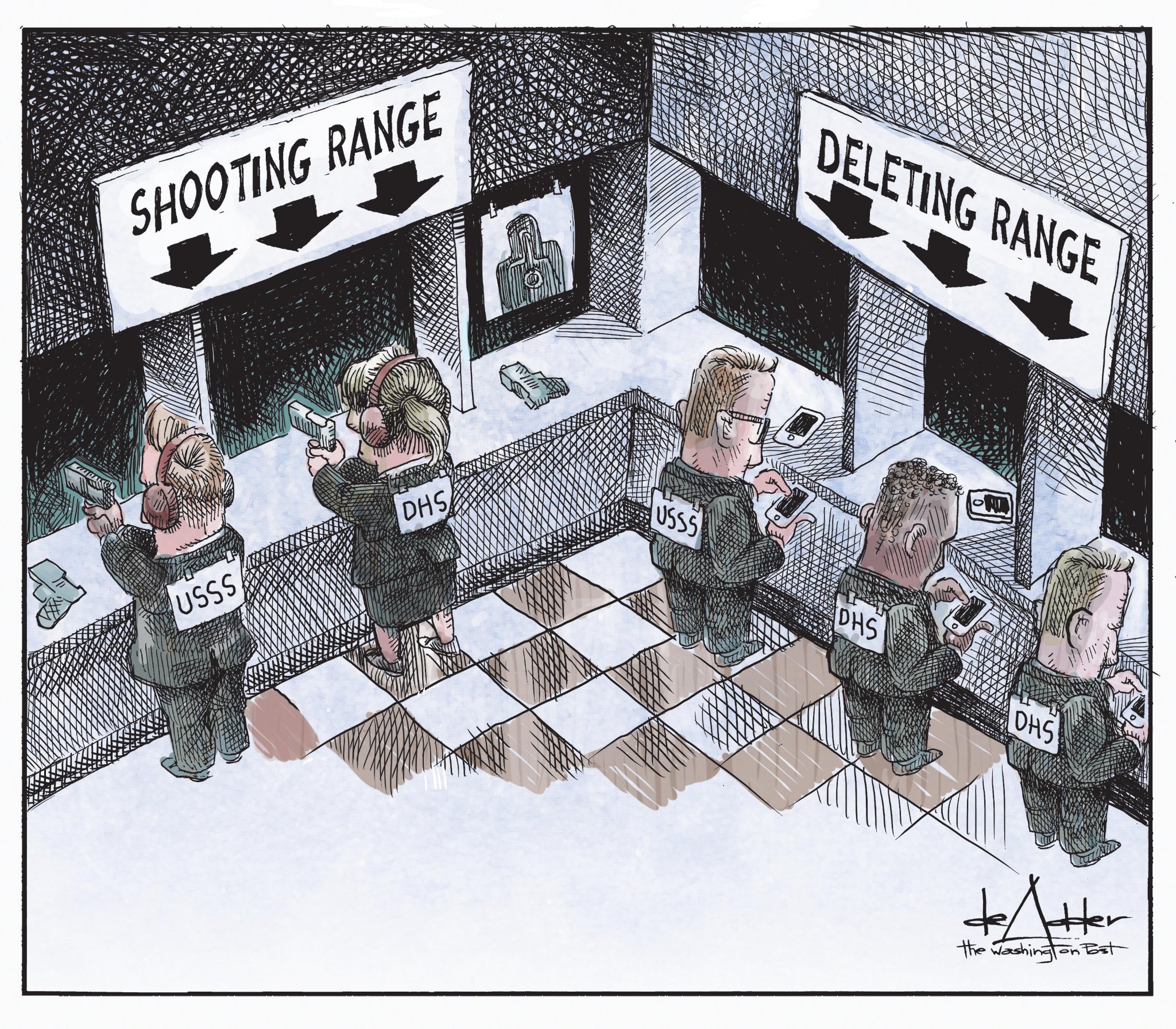 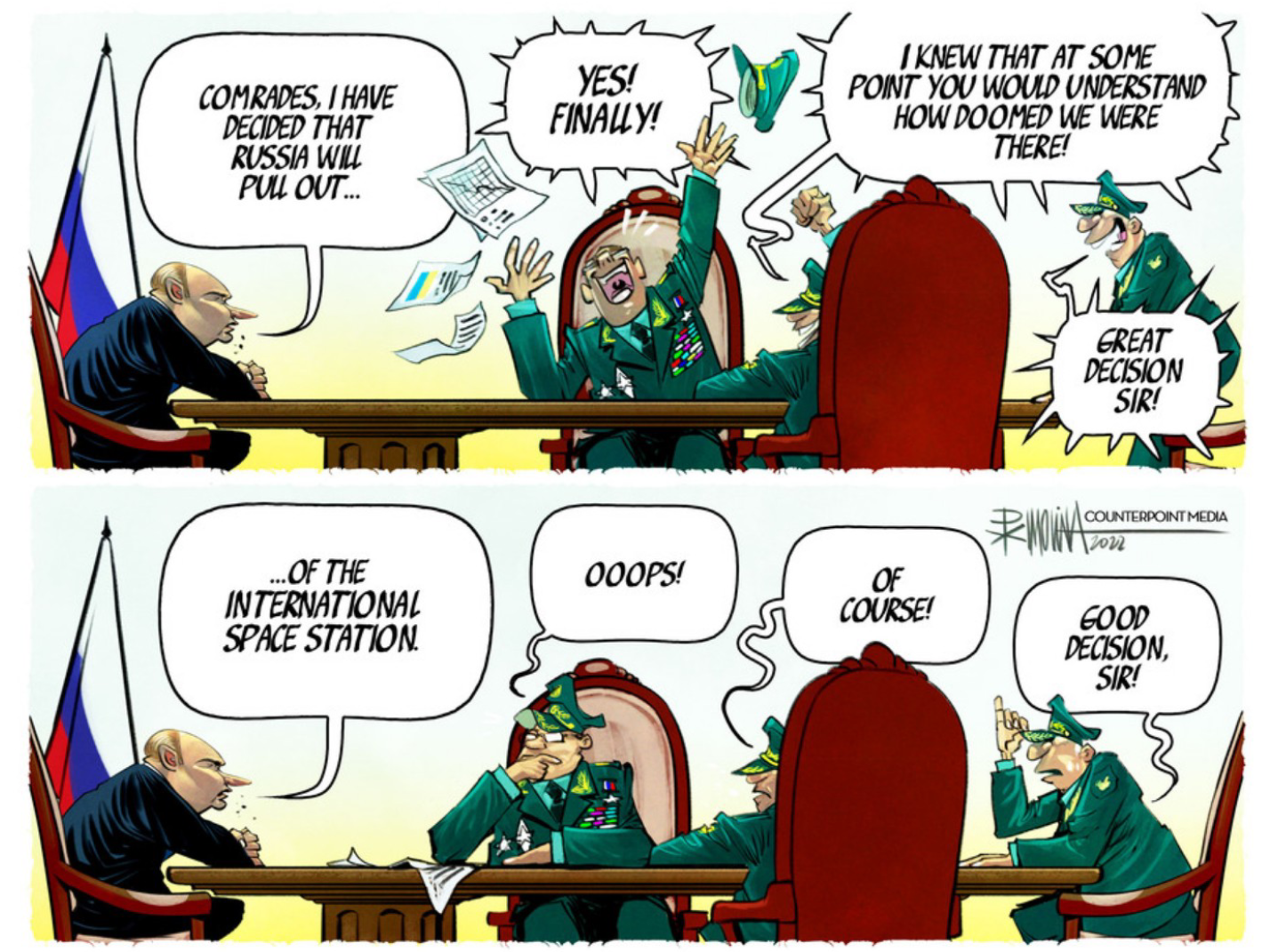