On Friday, the DOJ filed a motion in the 11th Federal Circuit Court for a partial stay of judge Cannon’s order appointing a special master to review the stolen documents that the FBI recovered at Mar-a-Lago (MAL). They are asking the federal appeals court to temporarily block Cannon’s ruling that prevents the DOJ from using thousands of pages of government documents seized from Trump at MAL.

It came after judge Cannon, for the second time in two weeks, issued a ruling in Trump’s favor that flabbergasted legal experts. From the WaPo:

“US District Judge Aileen M. Cannon on Thursday night rejected the Justice Department’s request to allow it to review the documents seized from Trump’s residence at Mar-a-Lago that were marked classified. Cannon previously ruled that a special master review all the seized documents, at least temporarily delaying the government’s criminal probe.”

The brief is here: Motion for Partial Stay Pending Appeal. The essence of the DOJ’s argument is summarized at page 6:

“Plaintiff has no claim for the return of those records, which belong to the Government and were seized in a court-authorized search. The records are not subject to any possible claim of personal attorney-client privilege. And neither the Plaintiff nor the court has cited any authority suggesting that a former President could successfully invoke executive privilege to prevent the Executive Branch from reviewing its own records.”

Let’s leave it to Robert Hubbell to point out the double standard at work in a recent Supreme Court decision: (brackets and emphasis by Wrongo)

Compare the Court’s recognition of the implied right of a president to invoke executive privilege to the Court’s recent pronouncement in Dobbs regarding reproductive liberty: “The Constitution makes no reference to abortion, and no such right is implicitly protected by any constitutional provision.”

With its decision in Dobbs, the Supreme Court eliminated an implied right that offends its religious agenda.

But Cannon and most likely, the Supremes will likely protect Trump by implying a right based on the general structure of the Constitution. On to cartoons.

Judge Cannon bars the DOJ from Trump. We thought we’d hit bottom and then we heard knocking from below: 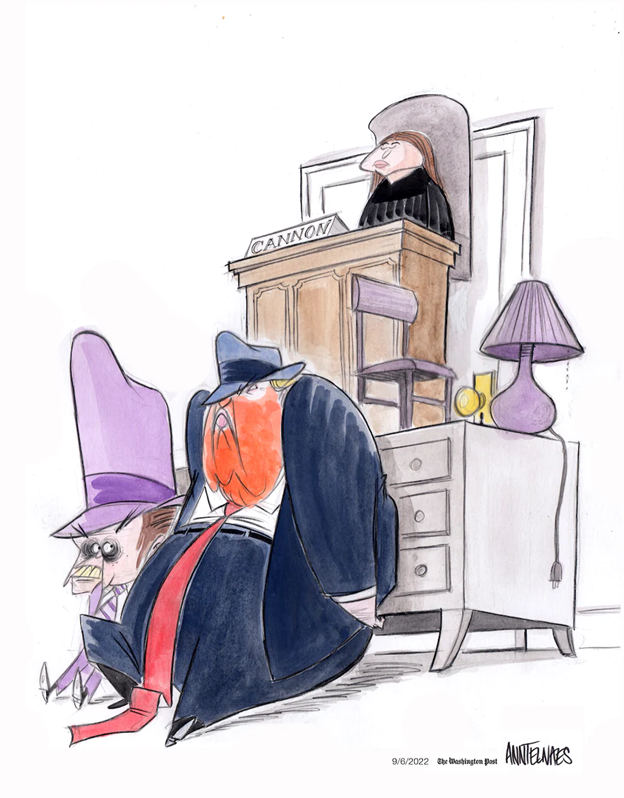 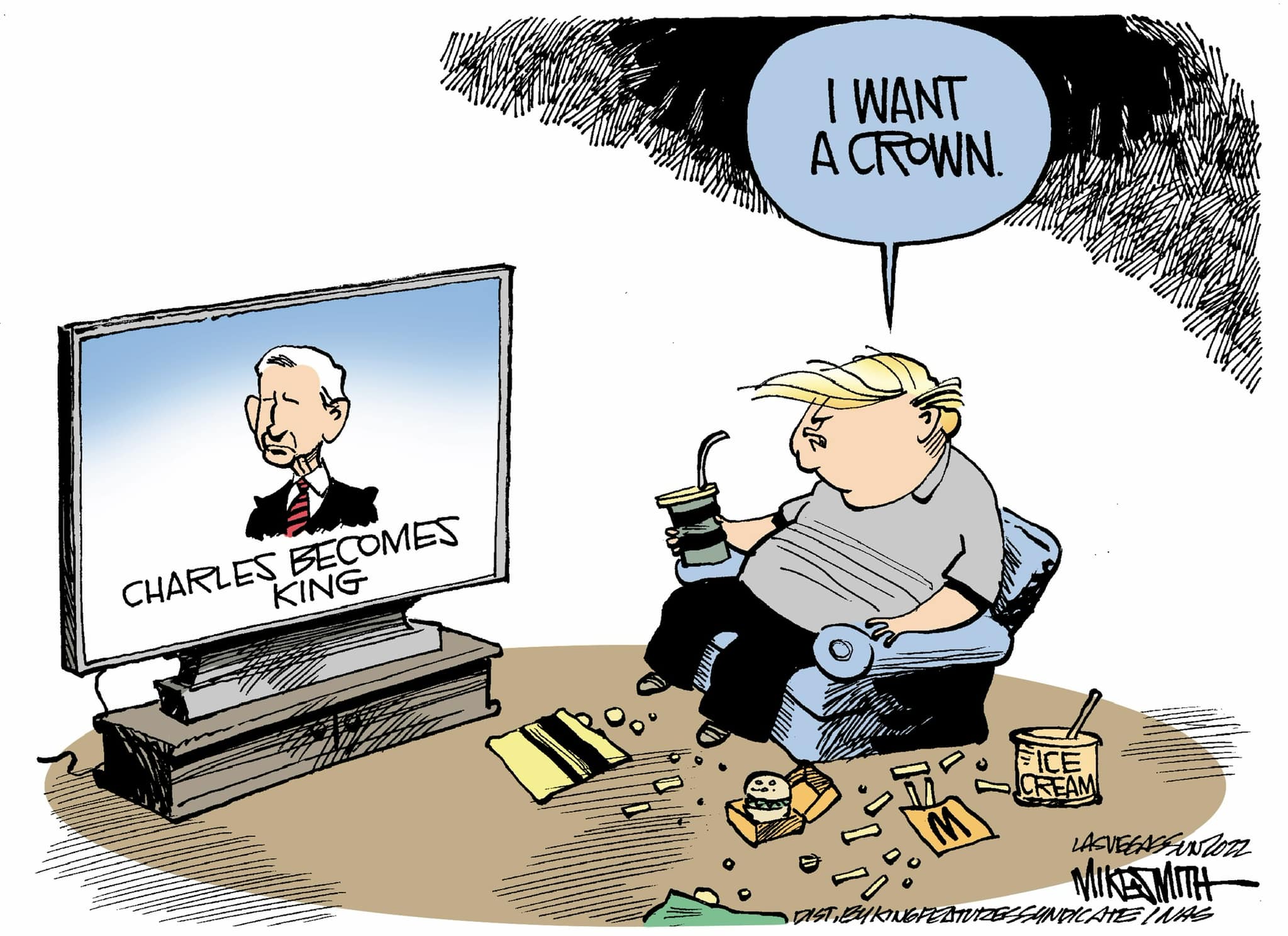 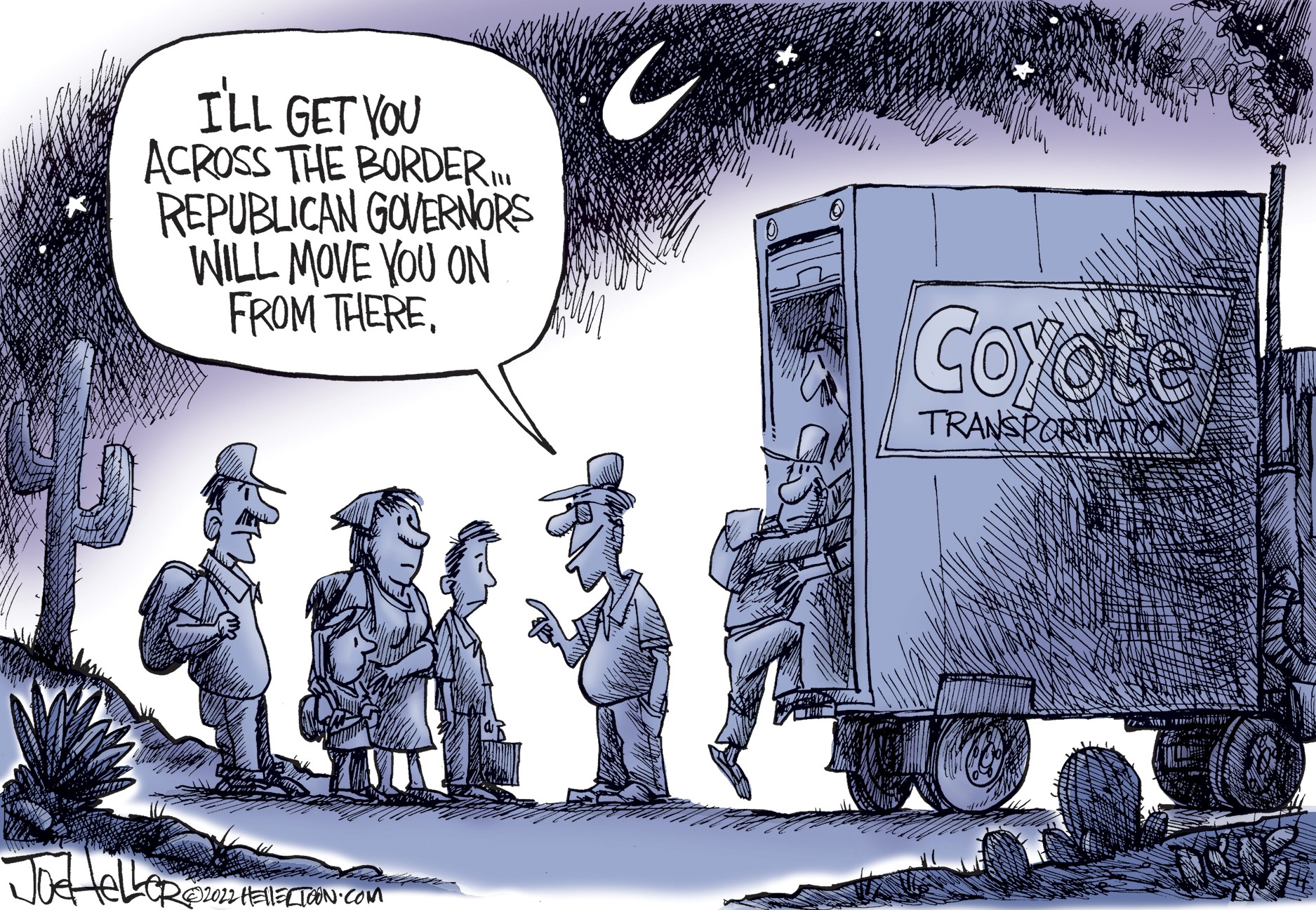 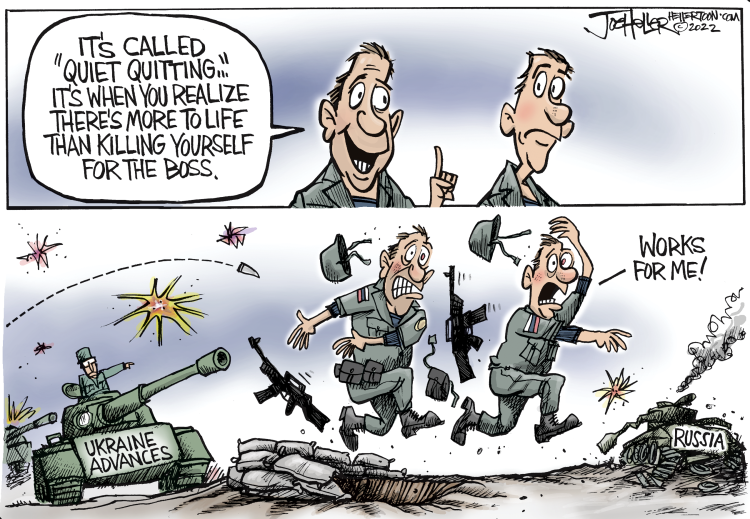 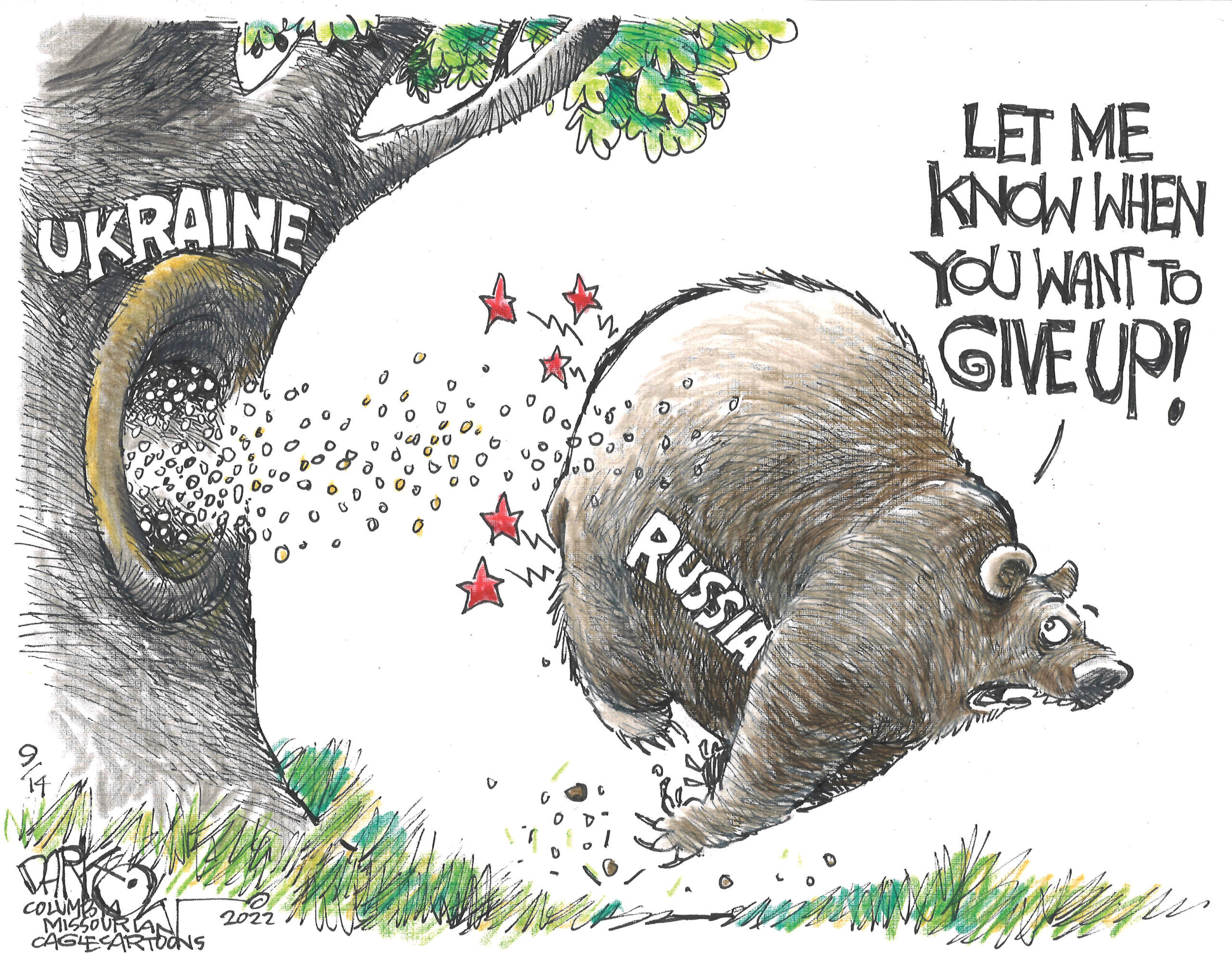 Right to choose has many meanings: 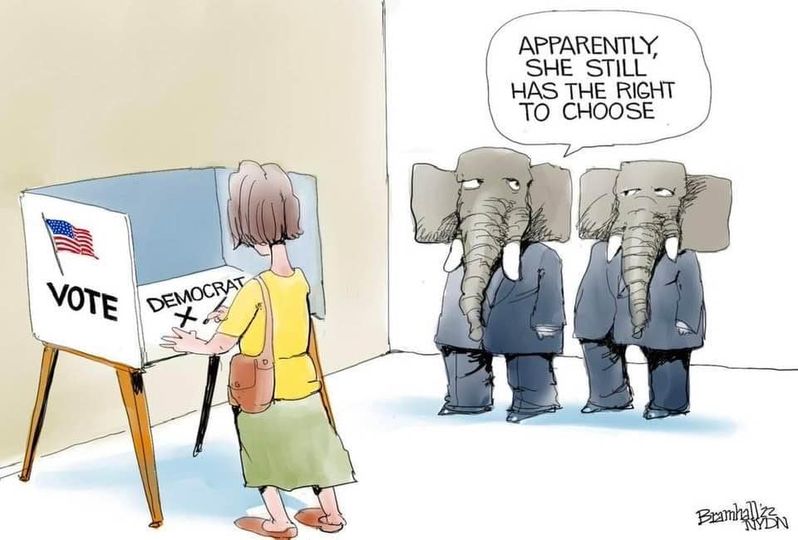 It still amazes me that the judges could not see a fairly clear right to privacy in the protections against illegal search a seizure. That they have an agenda is obvious.