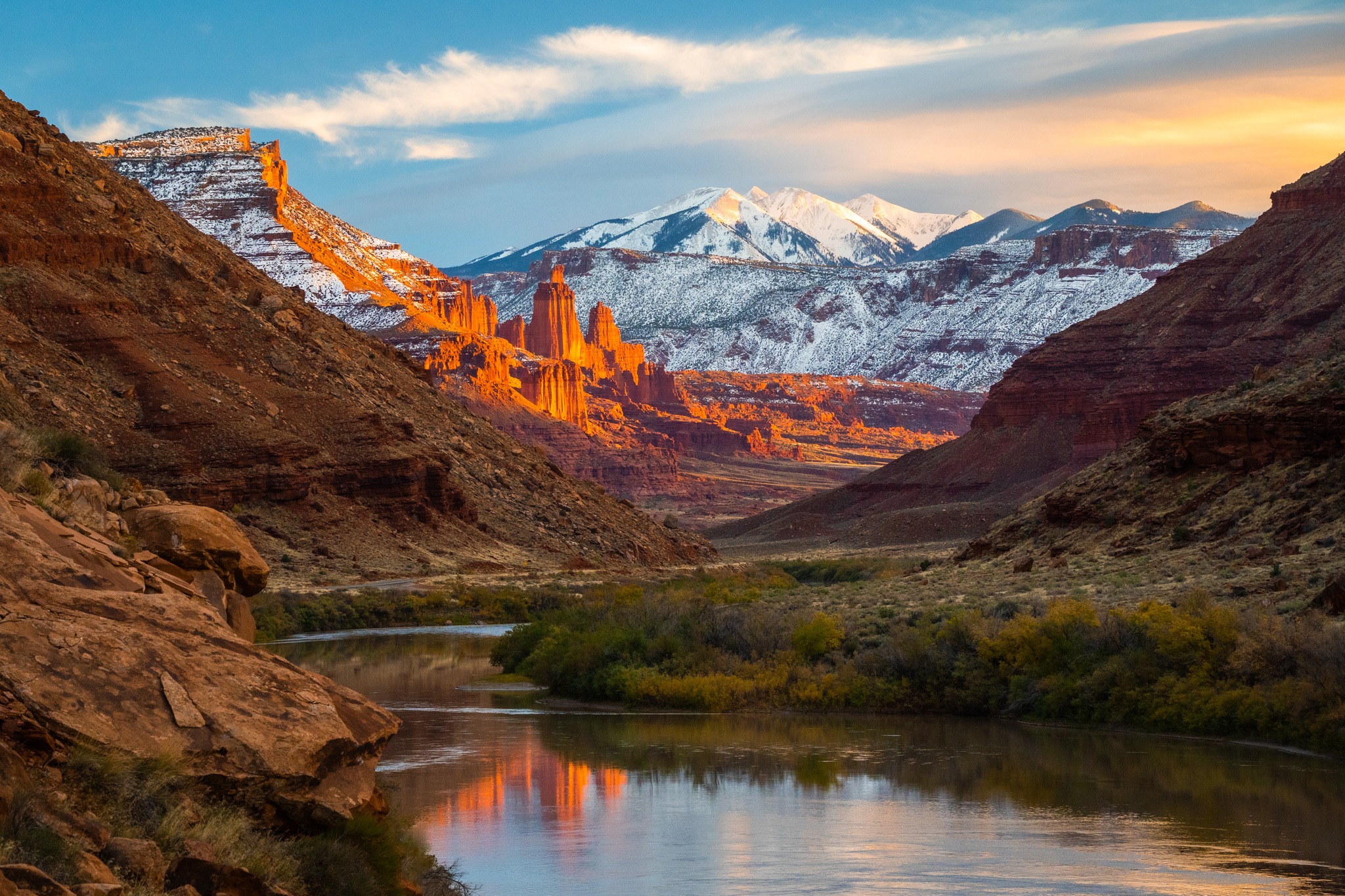 Colorado River with the Fisher Towers and the La Sal mountains in background, UT – November 2022 photo by Benjamin Williamson Photography

Wrongo can admit to being anxious and a bit depressed during the two weeks leading up to the midterms. But it wasn’t the blowout that America’s BS pollsters and the slavish media had been predicting. So he’s feeling better.

While it’s still too early to know what the political landscape will be in 2023, we can be reasonably sure that the Republicans will control the House and the Dems the Senate.

If that happens, what should Biden’s strategy be? It’s likely that he will retool the White House into a more overtly political operation with a focus on 2024. Axios reports that Biden’s considering bringing on a business leader to improve Democratic relations with the business community. That becomes more important if the US is heading into a recession sometime before the 2024 presidential election.

The idea is for Biden to stay in front of any potential financial crises. His team wants to be sure he’s getting a 360-degree view of the economy, even if that means angering the Party’s progressive wing.

Biden also plans to sharpen the contrast between Democrats and Congressional Republicans. It’s certain that the GOP will at best, hold only a narrow margin in the House. Some Republican Congress Critters are already considering mounting a challenge to Rep. Kevin McCarthy (R-CA) as House Speaker.

That’s likely to leave Republicans with an unwieldy and possibly chaotic majority, which should give Democrats an opening to be on offense. If Democrats keep their minimal Senate majority, Biden could promote his agenda in the Senate and then continually ask why House Republicans are stalling it.

And when it comes to House Republicans spending time investigating the Biden administration, Biden and his team should use similar delay and deflect tactics as the Trump administration did.

The MAGA fringe in the House will also try to hold the country hostage to increases in the debt ceiling. It’s logical that a Dem + responsible Republican faction will work on a bipartisan basis to stave off the MAGA effort to burn up America’s credit rating.

Wrongo would urge the Senate and the House to try to get two big things accomplished in the lame duck session. It MUST complete its reforms of the Electoral Count Act. Over the summer, a bipartisan group of senators reached a deal to make it harder to overturn a presidential election. The proposal still needs to be approved by both chambers. The Senate proposal has the backing of Senate Minority Leader Mitch McConnell. The House has passed a slightly different version, but if it doesn’t get done by January you can kiss these reforms goodbye.

Second, the Senate should attempt to use the budget reconciliation process to raise the debt ceiling to preclude House Republicans from threatening default on the national debt as pretext for extracting concessions on Social Security, Medicare, and possibly, Veterans benefits.

If Biden can have success with working across the aisle on the Electoral Count Act along with the budget and debt ceiling, that will position Democrats (and Biden) as the adults in DC politics. To the extent that inflation continues to fall, and we avoid a deep recession, Biden can claim the Democrats are doing a good job on the economy.

Since it’s Saturday, welcome to our Saturday Soother. Wrongo invites all readers to pause for a few hours, (or more) to recharge after escaping the phantom red wave. It is imperative that we prevent burn out because there’s much more to do before the new Congress is sworn in, in January.

For Wrongo, that means going outside and doing yard work, or simply wandering around the fields of Wrong.

Wrongo and Ms. Right started this early on Friday by taking a walk in a nearby town park. The leaves on the park’s trees are down, but the grass and plants remain green and the air was warm. Despite being a national holiday the park was nearly empty, making for a delightful escape.

To help you pause, grab a seat by a south-facing window and watch and listen to Telemann’s “Sonata in D major, TWV 44:1” played here by the Bremer Barockorchester (Bremen Baroque Orchestra). It was performed at the Unser Lieben Frauen Church in Bremen in October 2021. It features a very interesting performance on a 3′ long natural trumpet, which is valveless. Julian Zimmermann is the great musician making this solo trumpet performance: