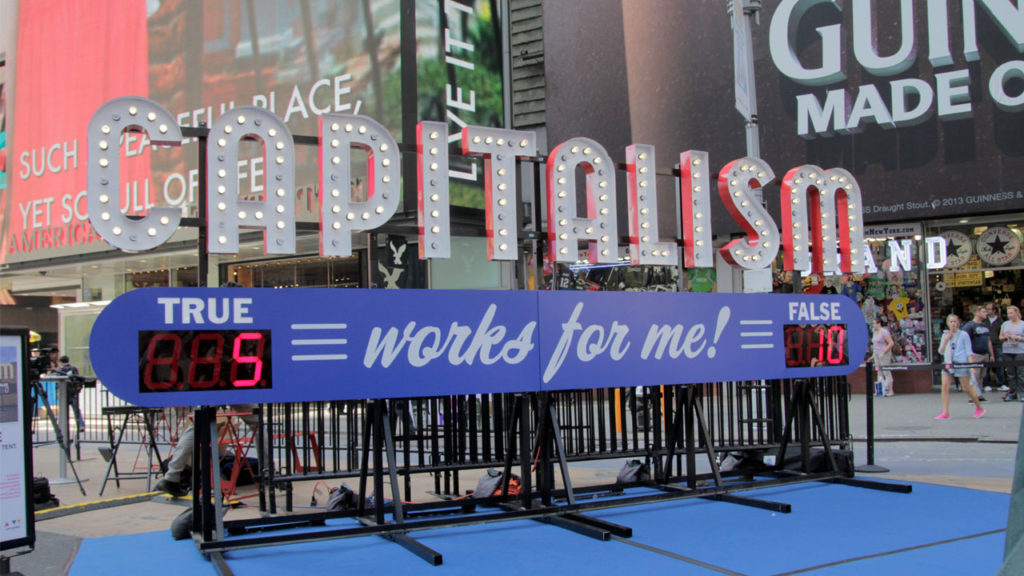 Happy Birthday today Kelly!! Other than that happy fact, little went right in America this week. Our Overlord, Donald I, rode to a presidential win by saying he would bring jobs back to America that have been lost to automation and offshoring by US companies.

But economists have said for years that creating jobs for low skilled Americans will be difficult. Here is further evidence that bringing back jobs may be tougher than Trump thinks. Salon reports that for men ages 25 to 54, the work statistics are poor:

For this group, labor force participation has sunk to 88.5% from a 1954 peak of 97.9%. Most of that loss has occurred among men who have a high school degree or less, according to a report this year by the Obama administration.

And there are interesting facts to consider where unemployed men are concerned. The NYT’s Upshot reports that the jobs that have been disappearing, like machine operator, are predominantly those that men do, while the occupations that are growing, employ mostly women. More from Upshot:

Of the fastest-growing jobs, many are various types of health aides, which are about 90% female. When men take these so-called pink-collar jobs, they have more job security and wage growth than in blue-collar work, according to recent research. But they are paid less and feel stigmatized.

The issue is America’s culture of masculinity. Andrew Cherlin, a sociologist and public policy professor at Johns Hopkins says:

Traditional masculinity is standing in the way of working-class men’s employment…We have a cultural lag where our views of masculinity have not caught up to the change in the job market.

The Salon article had this snippet: (emphasis by the Wrongologist)

Health problems and the opioid epidemic may also be a major barrier to work, according to research by Alan Krueger, a Princeton economist and former Obama adviser. Nearly half of men ages 25 through 54 who are neither working nor looking for work, take pain medication daily.

Some of these men may have been injured on the job and were subsequently laid off. But some may also represent part of the huge increase in opioid use in America. They may be part of the increase in disability cases since the Great Recession: More than 10 million Americans received Social Security disability benefits in 2014 (most recent statistics). Benefits paid to disabled workers totaled $11.4 billion per month nationwide, a substantial increase from the $6.1 billion paid monthly in 2004. The top three states receiving disability benefits are West Virginia, Alabama and Arkansas.

We became this society honestly. Our politicians hold our corporations in high esteem. The corporations repay us by automating most jobs and shipping other jobs overseas. They do this with little or no responsibility to help displaced workers retrain, or find new work. They do this while asking for bigger tax breaks to remain domiciled in the US. They do this while blaming our education system for not providing trained, ready-to-work job entrants at no cost to them.

We just cannot count on them to be good corporate citizens.

Those on pain killers may or may not have disabilities that prevent them from working. But in any case, society does not owe unemployed working age men permanent, high paying manufacturing or mining jobs, despite whatever efforts Trump may make.

It is time for them to adapt.

We need a soother. Here is Grex Vocalis a Norwegian chorus formed in 1971. Grex Vocalis has reached the finals of the BBC contest “Let the Peoples Sing” three times. In this video they are performing “An Irish Blessing” (May the road rise to meet you) written by an American, James E. Moore in 1987, live at the Amadeo Roldán Theatre in Havana Cuba:

A Norwegian chorus performing an Irish tune, written by an American, in Cuba. That’s gotta be soothing.

May the sun make your days bright

May the stars illuminate your nights

May the flowers bloom along your path

Your house stand firm against the storm.