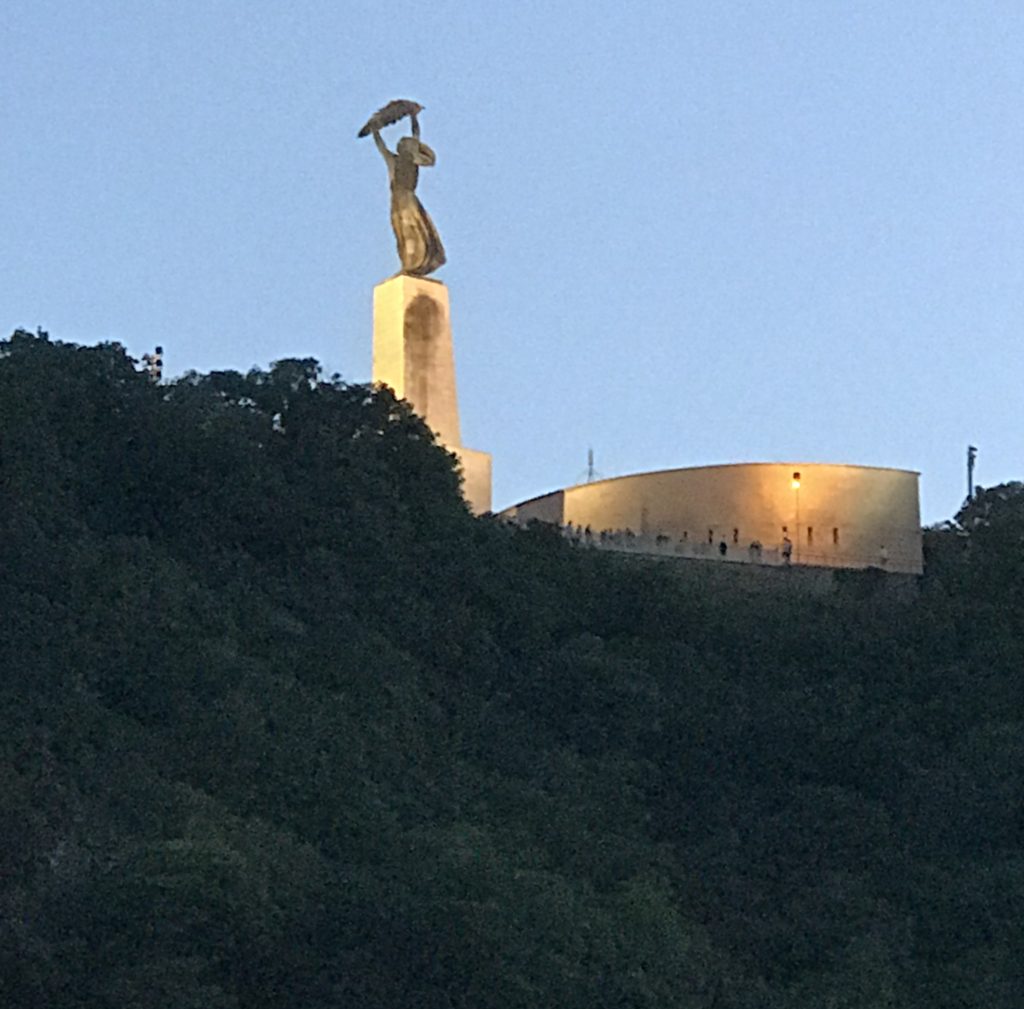 Liberty (or Liberation) Statue, Budapest, Hungary. The statue was erected in 1947 in remembrance of the liberation of Hungary by Soviet troops. Many recalled the period of  Soviet control as a time when they were “under liberation” – 2018 photo by Wrongo

Sometimes a person-to-person experience can jolt you from your comfort zone, and provide insight into a wholly different life experience. On Monday, we visited Tabitha House, a pediatric hospice and palliative care facility in Hungary. As its name implies, it provides end of life care for terminally ill children or for those kids with chronic and life-shortening conditions.

We spent time talking with Judit Hegedus, head nurse of Tabitha House. She told us that Tabitha House is the largest pediatric hospice in Hungary. It has five beds.

There are 9.8 million people in Hungary, of which 2.1 million are children. The first Hungarian hospice started in 1991, and insurance coverage for adults in hospice began in 2004. But it took until 2017 before there was any government financing for pediatric hospice and palliative care.

As of 2015, the most recent year with data, there were only 215 hospice/palliative care beds in Hungary. If this seems low, the World Health Organization’s recommendations for a country with a population of 10 million like Hungary is that a minimum of 500 beds are needed.

Tabitha House has a mostly part-time staff of 15, including pediatric and hospice nurses, a psychologist, a physiotherapist and a physician. There is a problem recruiting sufficient professionals because some misunderstand the value of palliative care, and they share society’s fear of childhood death.

Obviously, there is a large unfilled pediatric hospice need in Hungary. The most cost-effective way to expand assistance to terminally ill kids would be by offering home care services. Judit says that in-patient costs average about $72/day, low by US standards. In-home care costs about $16.50/visit.

While funding expansion is an issue, she hopes to initiate offering home care services later in 2018.

When we arrived at Tabitha House, we expected to be moved by the struggle of kids fighting for their lives. Of course that happened, but the biggest emotional wallop came from listening to Judit, and watching her staff deal with the impossible situation they face. In their country, there is an overwhelming need for pediatric hospice services, and totally insufficient resources to meet that need.

You leave feeling that these people are saints. They are a happy team, persevering despite having to make do with less-than-the-best equipment, and fighting the long odds facing their patients.

It was touching to stand with Judit in front of their “family tree”, a wall mural of a tree with many branches. At the end of each branch was a photo of a child. Judit would pause with her finger over each, say the child’s name, and offer a short memory of him or her.

People who do good simply because it is necessary.