On Friday, an ESPN program, “Outside the Lines” made public a 3-year investigation into Michigan State University’s (MSU’s) inaction on claims of sexual harassment in its athletic department. Here is the takeaway: (emphasis by Wrongo)

…an Outside the Lines investigation has found a pattern of widespread denial, inaction and information suppression of such allegations by officials ranging from campus police to the Spartan athletic department, whose top leader, Mark Hollis, announced his retirement on Friday. The actions go well beyond the highly publicized case of former MSU athletic physician Larry Nassar.

It is unclear where the investigation into MSU will lead. The state of Michigan, the NCAA and the US Department of Education are now all interested in what appears to have been a systematic effort to cover up sexual abuse by athletes at MSU. Larry Nassar has gone to jail for life. Note that he was a faculty member in MSU’s athletic department. The university president and the athletic director have already resigned.

Protecting the MSU brand was more important than justice for the women who suffered at the hands of Nassar, or the school’s football and basketball teams. It is more than a culture of indifference; it was systematic obstruction of justice designed to let the players play and keep the stink of scandal away from the athletic department. This case seems to be far worse than what occurred at Penn State.

The University’s Board of Trustees resisted calls for their President’s ouster until public pressure became too overwhelming. The Board is dominated by former MSU football and basketball players. Four of the Board’s eight members are in this category. Others at MSU must go, possibly including one of Wrongo’s favorite coaches, Tom Izzo, head coach of the basketball team. But is firing a head coach enough? How many have to go?

How do we cauterize the wound that is sexual harassment in America’s universities?

Time now to bring to justice all those who enabled a monster. He didn’t abuse those women in a vacuum. Many more should be behind bars: 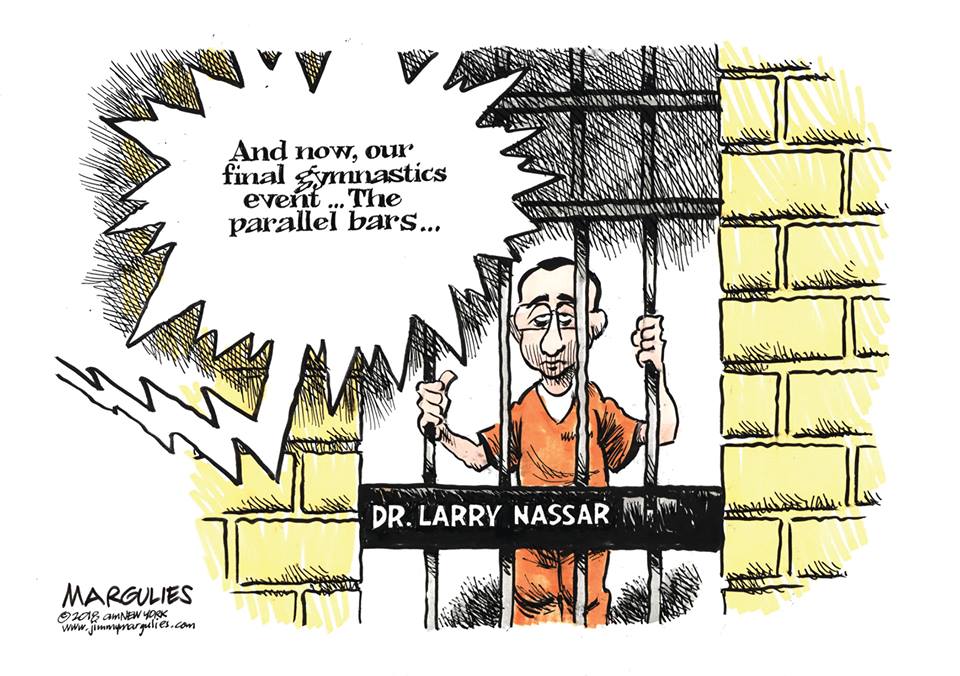 Add Michigan State to the abusers who shout the mantra: 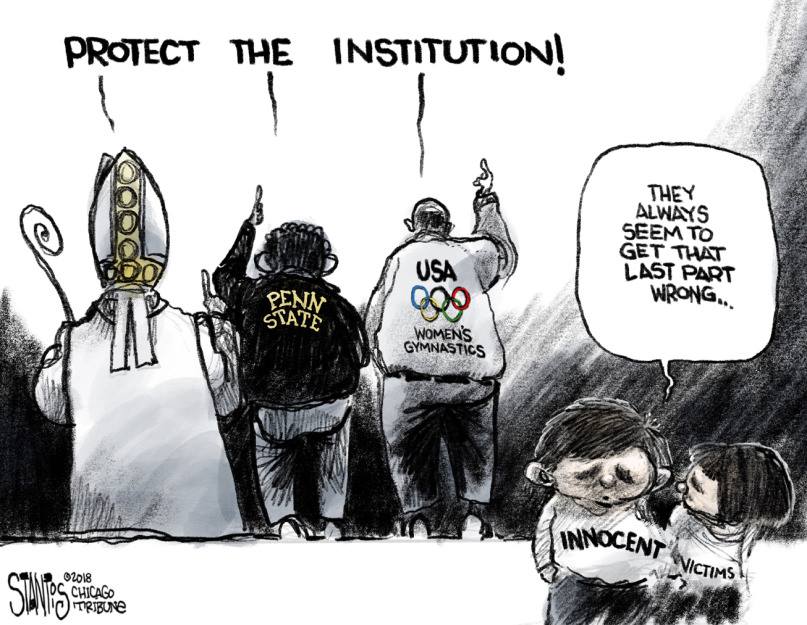 USA Gymnastics gets a perfect 10 on their routine: 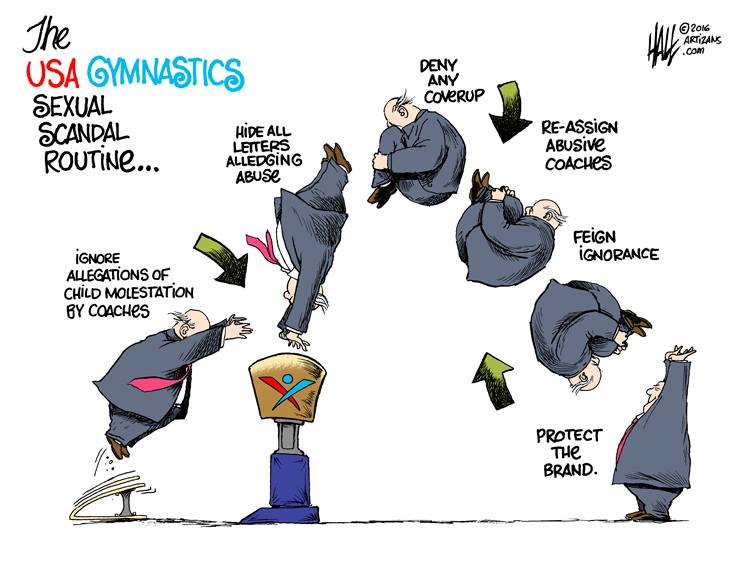 Trump’s $25 billion opening ask for the Wall shows who really is dreaming: 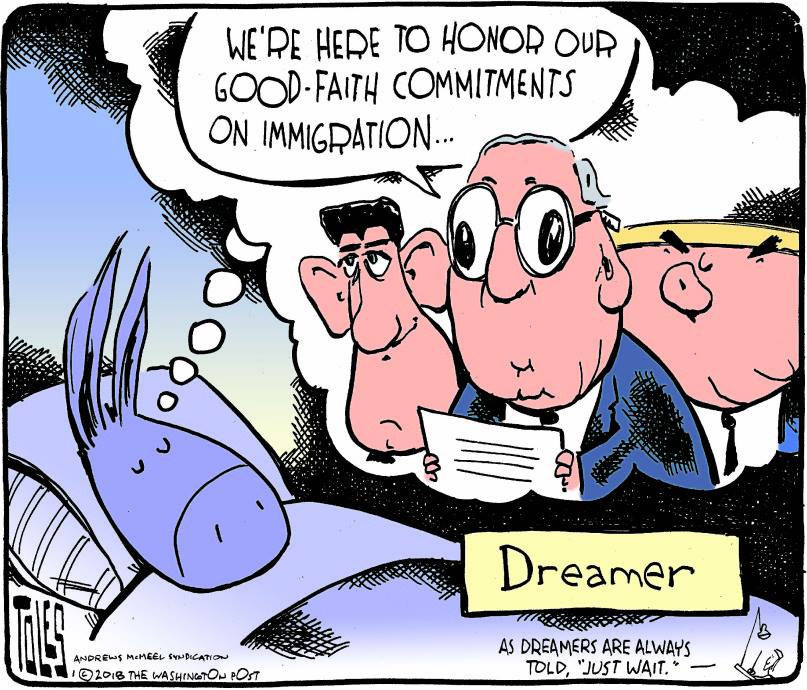 The GOP’s plan is to undermine Mueller and the FBI: 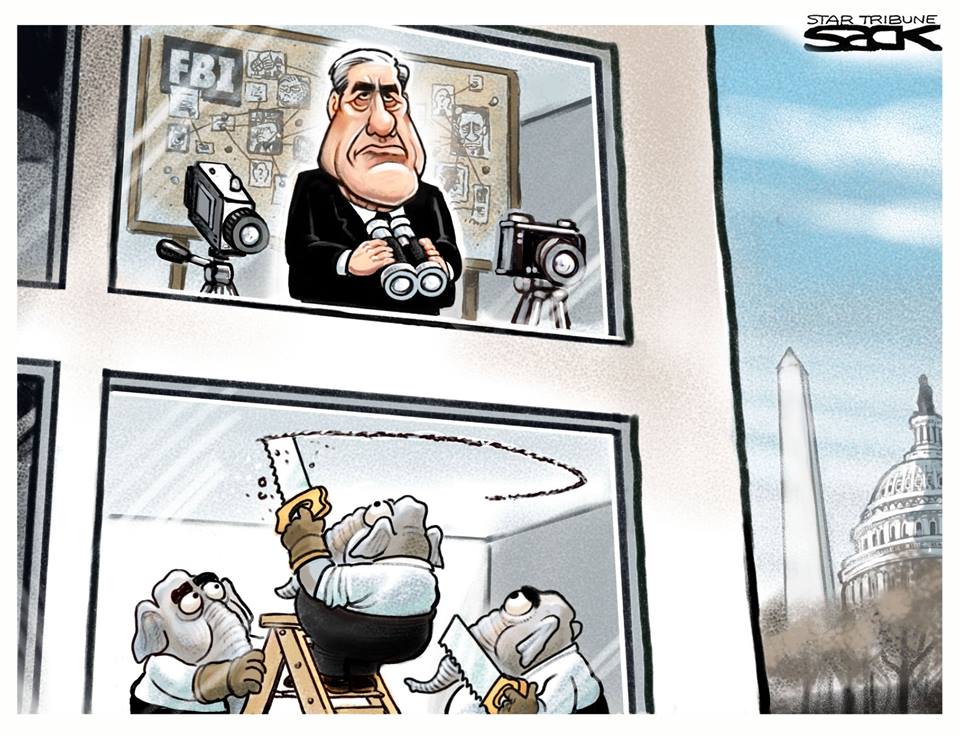 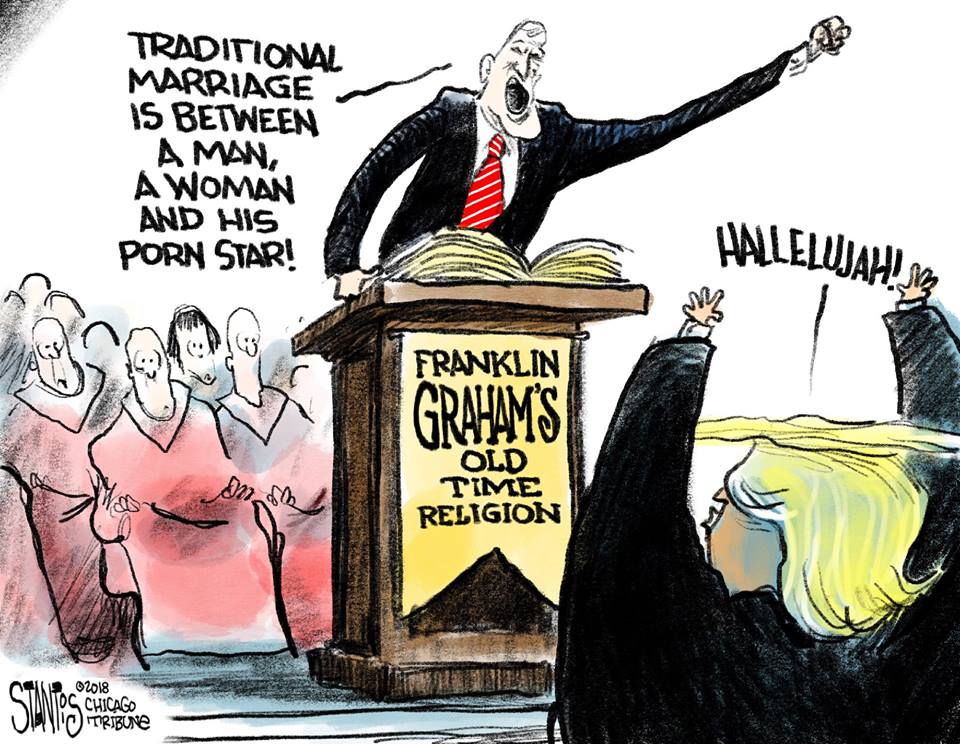 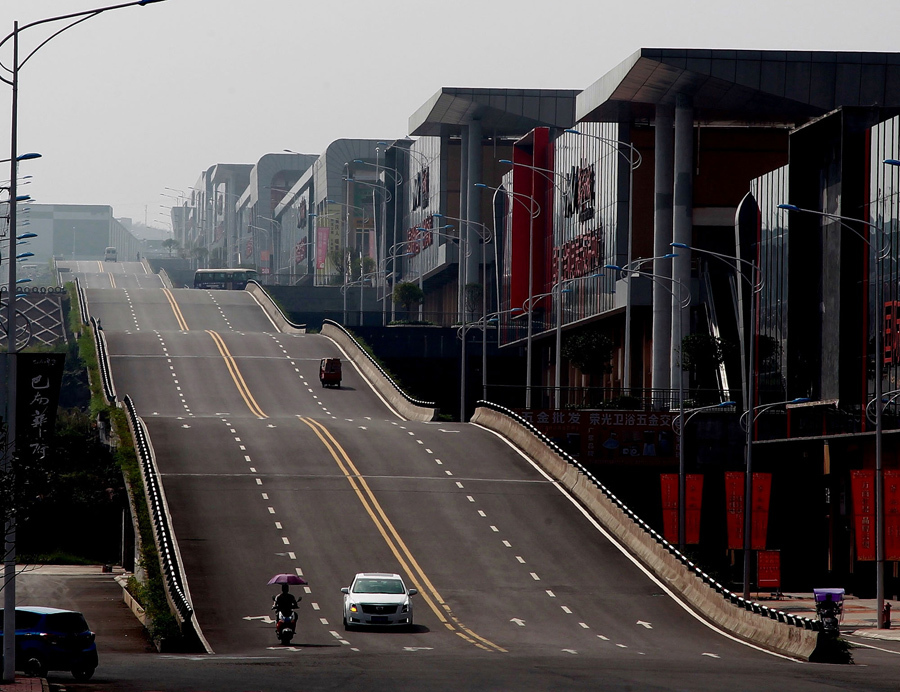 We have been watching Trump clap Pelosi and Schumer on the back, as Democrats declared victory. But in background, the administration was busy announcing their seventh Wave of Judicial Candidates, including three appellate judge nominations, and 13 district court appointments. All are to vacant judgeships.

These are lifetime appointments, and most will serve long past Trump’s tenure as President. Business Insider quotes Sen. Chris Coons (D-DE):

Coons went on to say these appointments will lead to “a wholesale change among the federal judiciary.”

Part of the reason Trump’s been able to nominate so many federal judges is that an unusually large number of these positions were unfilled. From Business Insider:

It is possible to attribute the big discrepancy in vacancies to obstruction by Senate Republicans during the last few years of the Obama administration.

Democratic senators have started using a 100-year old procedure to block some Trump nominees. This process is called the “blue slip”. Since 1917, the Senate has followed a process whereby a state’s senators traditionally must return a blue slip of paper, endorsing any federal judicial nominee from their home state, in order for the nomination to proceed. If the senator fails to return the blue slip, or does so with some indication of disapproval, the nomination may be delayed, or possibly, blocked.

This system is old, but it isn’t absolute. Some Senate Judiciary Committee chairs won’t schedule hearings without receiving positive blue slips, while others think they do not necessarily disqualify a nominee. In recent years, the blue slip has given individual senators virtual veto-power over a federal judicial nomination, if the individual was from the state the senator represents.

Will this tradition continue? Last week, Sen. Al Franken (D-WI) did not return a blue slip for David Stras, a nominee from for an open spot on the US Court of Appeals for the Eighth Circuit.

Justice Stras’s professional background and record strongly suggest that, if confirmed, he would…reliably rule in favor of powerful corporate interests over working people, and that he would place a high bar before plaintiffs seeking justice at work, at school, and at the ballot box… I fear that Justice Stras’s views and philosophy would…steer the already conservative Eighth Circuit even further to the right.

Later, Senators Ron Wyden (D-OR) and Jeff Merkley (D-OR) wouldn’t return blue slips for Ryan Bounds, a nominee for a seat on the US Court of Appeals for the Ninth Circuit, because they will not green-light any candidate that had not been previously approved by the state’s bipartisan judicial selection committee. More from Politico:

Unfortunately, it is now apparent that you never intended to allow our longstanding process to play out…Disregarding this Oregon tradition returns us to the days of nepotism and patronage that harmed our courts and placed unfit judges on the bench…

But, nobody knows if Grassley will schedule hearings on appellate court nominees who do not secure blue slip approval. Republicans have majority control of the Senate and could confirm judges even over strenuous Democratic objections.

OTOH, tradition is strong. While the denial of a blue slip does not legally restrict a judge from being approved, Business Insider reports that:

No circuit court nominees have been confirmed over objection of one (or two) home state senators — including under Obama.

Even if the blue slip process remains in place, Democrats aren’t in a position to stop more than a handful of Trump’s nominees. Most will probably soon be confirmed, since it is relatively easy to pick nominees that are not in a state with a Democratic senator.

Another example that elections matter. 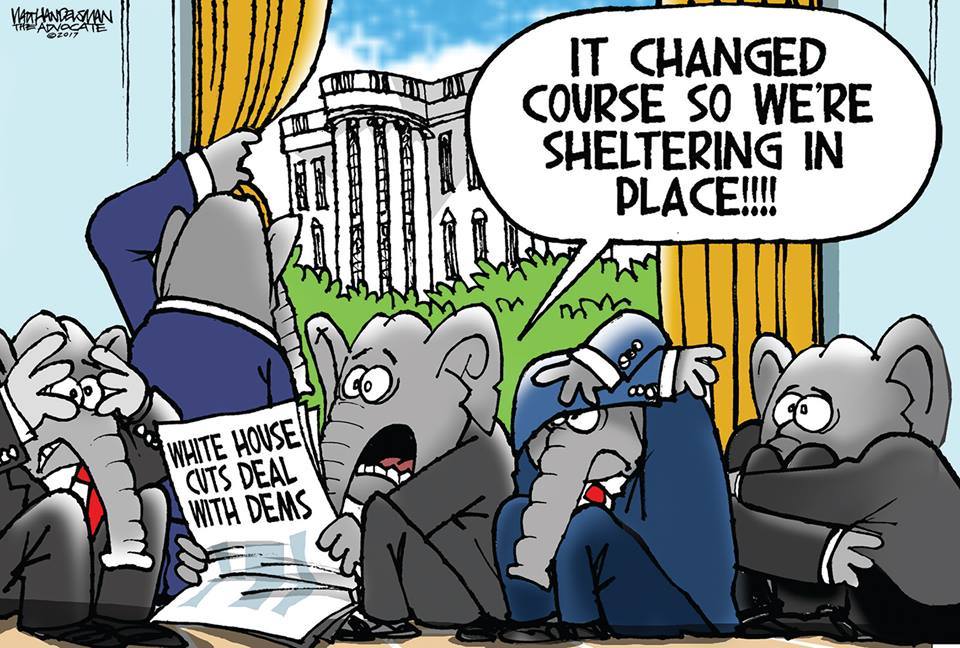 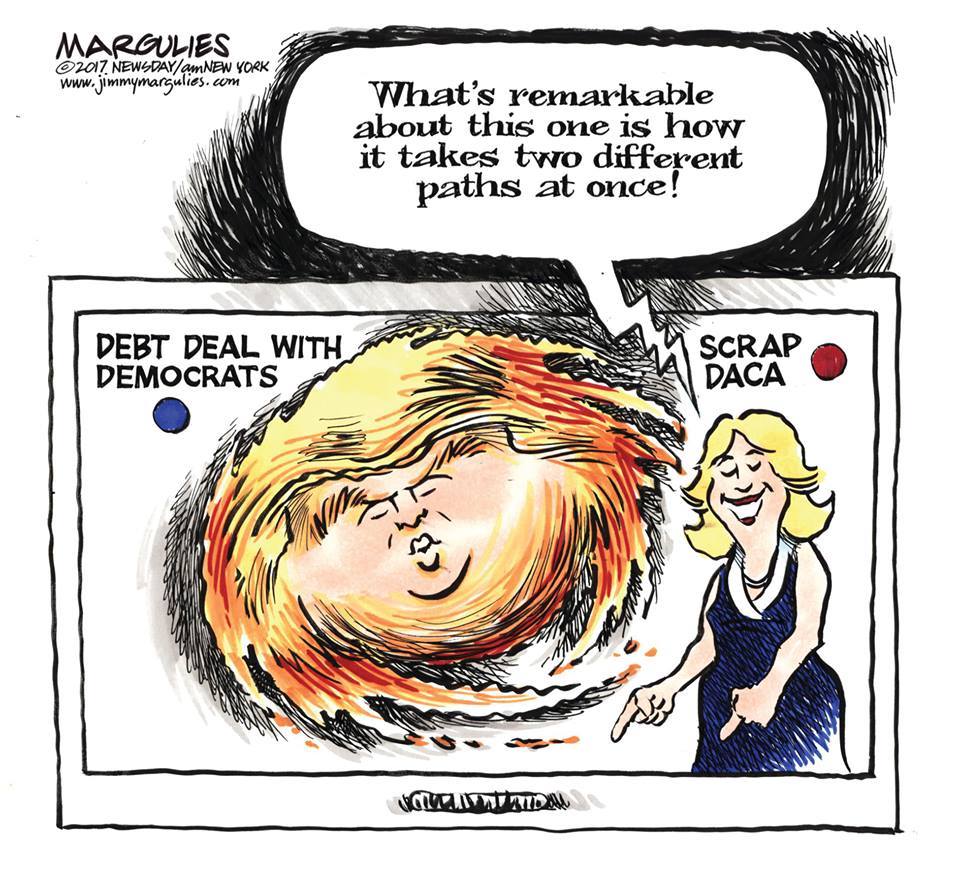 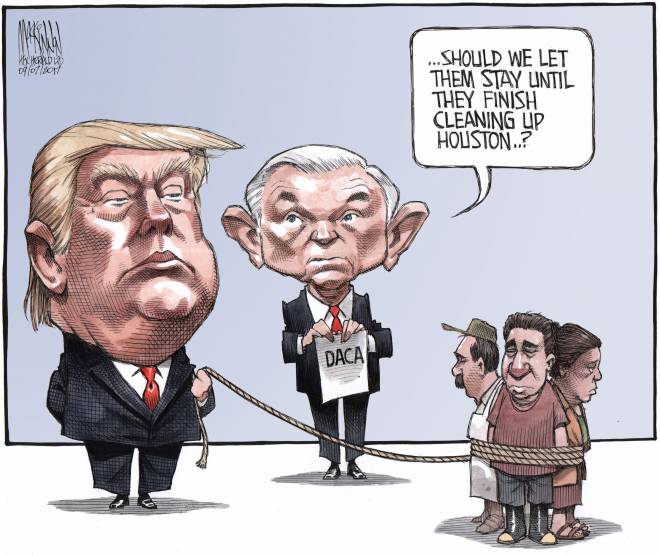 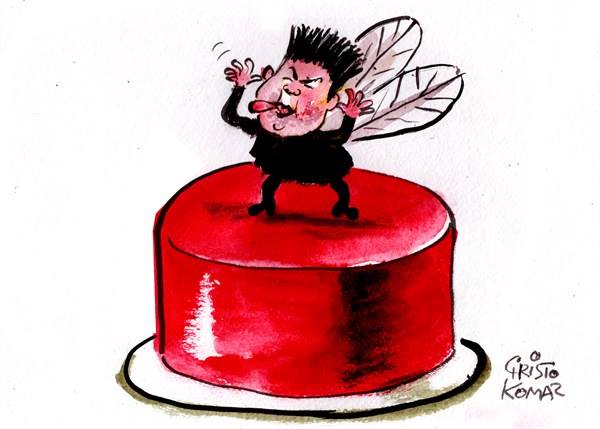 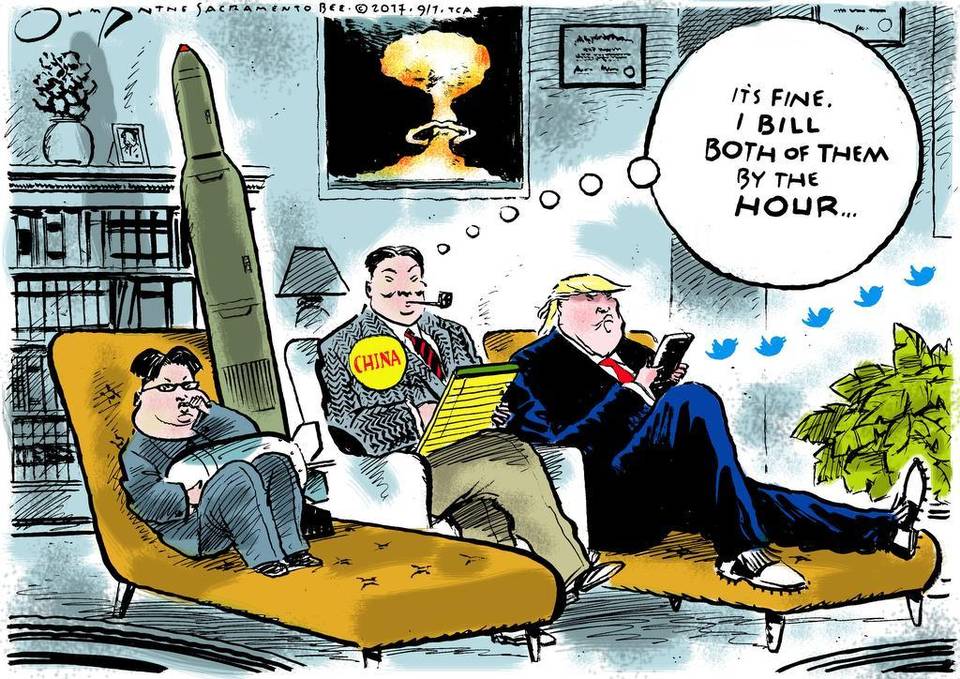 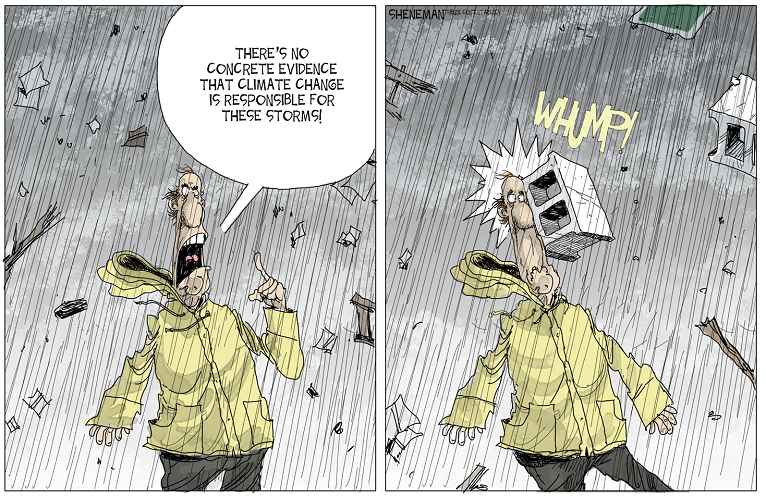