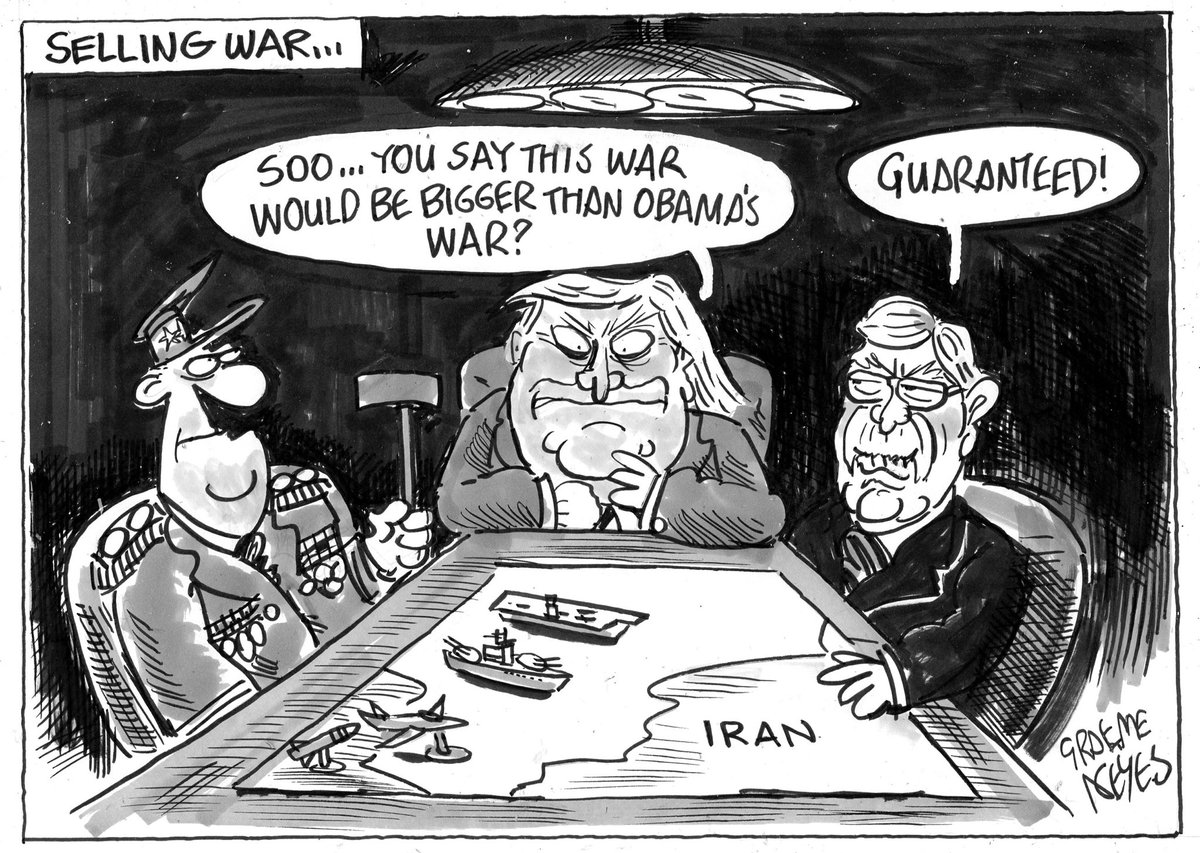 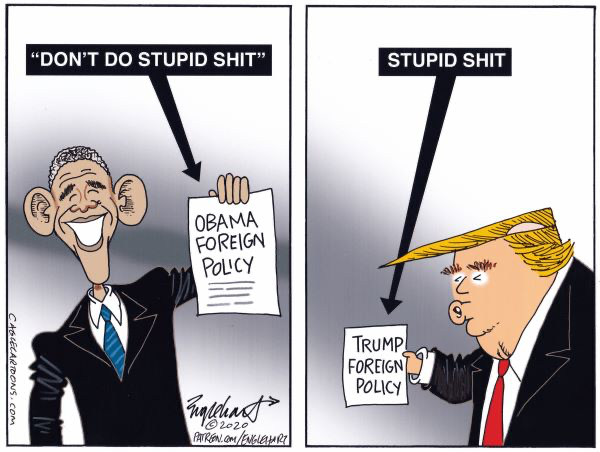 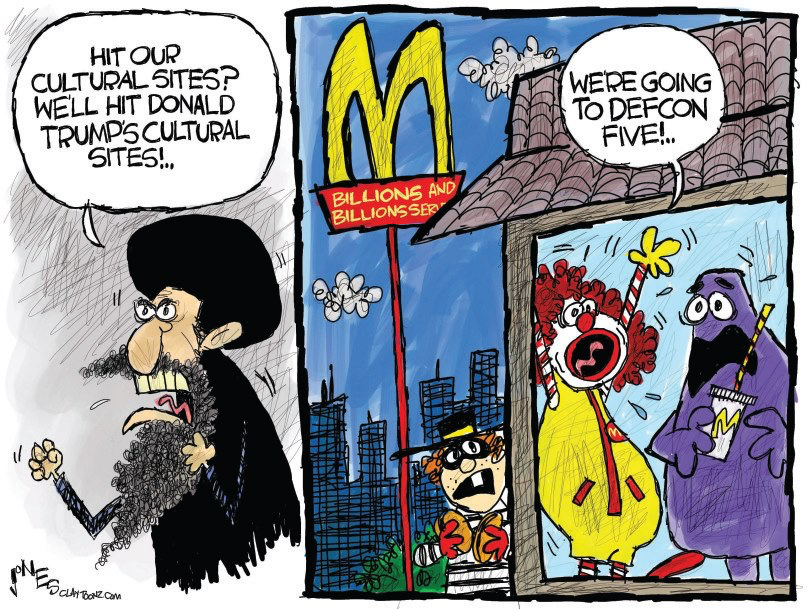 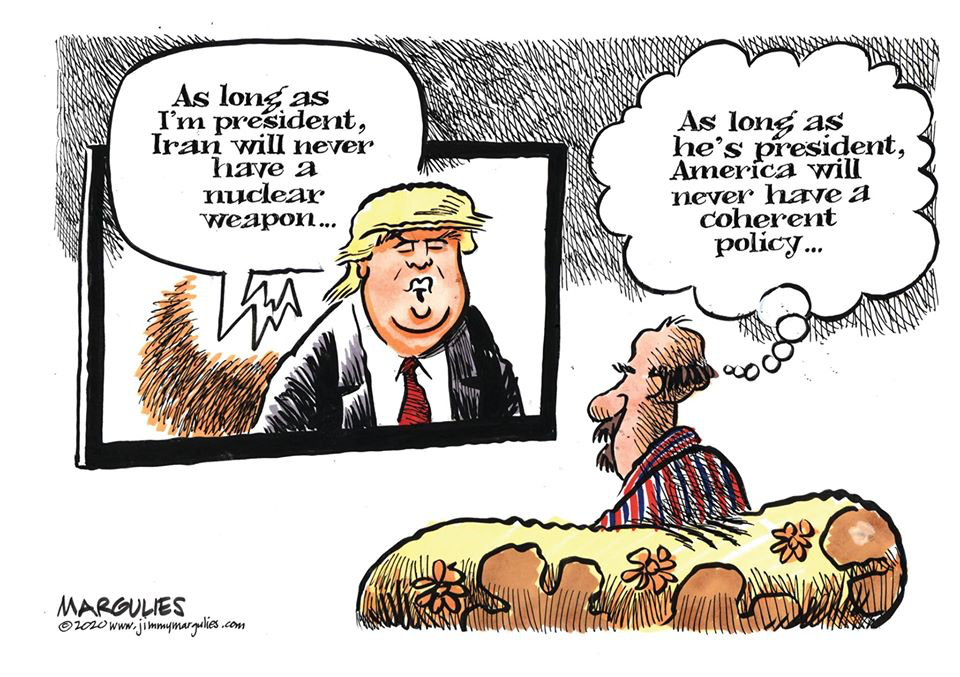 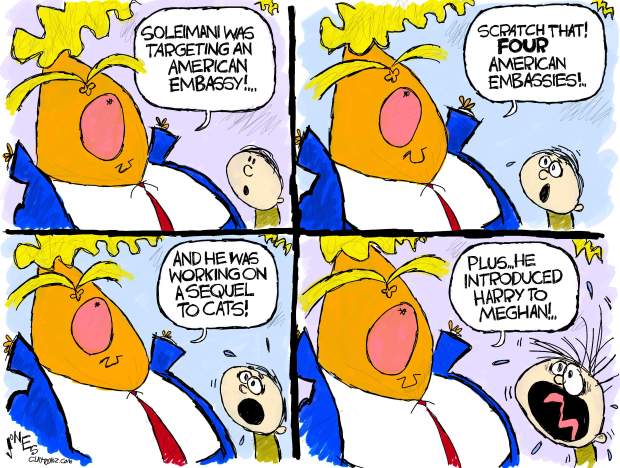 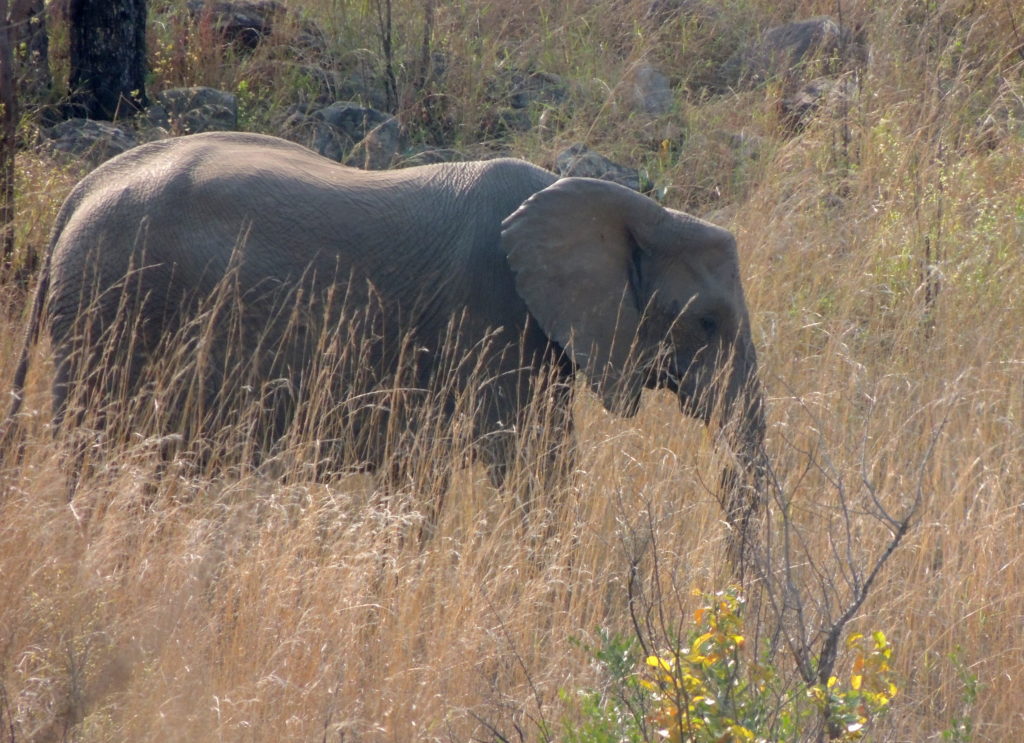 South Africa – 2012 photo by Wrongo. (Or it might be another member of the administration heading for the door)

Rex Tillerson is updating his resume and Mike Pompeo is adding to his. NPR reminds us that Pompeo already had an outstanding resume:

He graduated at the top of his class at West Point. He served as a tank officer in Europe. He went to Harvard Law School. He was a corporate lawyer who launched a successful aerospace business. He got elected to Congress as a Tea Party Republican from Kansas in 2010. For more than a year, he has run the CIA.

Now, assuming he gets confirmed by the Senate, he can add Secretary of State (SoS) at the top of the page. The LA Times reports that the Senate Foreign Relations Committee expects to hold confirmation hearings on Pompeo’s nomination as SoS next month, and he should win bipartisan support. In January 2017, the full Senate confirmed him as CIA director by a vote of 66 to 32.

Here’s what we know about Pompeo. NPR quotes Ian Bremmer, of the Eurasia Group:

Pompeo is very much a hard-liner on issues of national security, broadly…He’s smart, but he’s also quite bombastic, and that plays well with Trump. But that doesn’t necessarily support a balanced national security policy.

Pompeo recently said that the US would not soften its stance on North Korea ahead of planned talks between North Korean leader Kim Jong-un and Trump. Pompeo has previously suggested he favors regime change in North Korea, although he has backed off that recently, suggesting that diplomatic and economic pressure could help resolve the nuclear crisis.

Pompeo is a harsh critic of the nuclear deal with Iran.

He concentrated his study there in Mechanical Engineering and graduated first in his class. By the time he graduated the war in VN [Vietnam] was over. He served just enough time to repay his service debt to the army, then resigned his commission to go to law school. So, he never served in combat. War is an abstraction to him. In other words, this is probably a game for Pompeo, a power game played on a global map board.

Lang also noted that Pompeo holds both hard line anti-Iranian views and has unshakable sympathy for Israel. We can only guess whether Tillerson played a role in restraining Trump’s poorer angels, and whether Pompeo will support them. Lang feels that Tillerson’s ouster leaves General Mattis at the Defense Department as the only adult in the room, and that it makes a conflict with Russia in Syria much more likely.

Wrongo had almost no opinion of Tillerson, except that his global deal-making gave him an interesting perspective on how to get things done as SoS. Tillerson seemed to be a moderate on Iran, so Pompeo seems worse on that score. Tillerson was also more likely to call out Russia than are Trump or Pompeo. Mostly, Tillerson seemed directionless, other than having a vague commitment to cutting back the State Department’s overheads. Perhaps whatever direction he tried to establish was countered by his boss.

Some who voted for Trump thought they were getting a CEO who knew how to run a business. One way you can tell whether a company is managed well is by how high their turnover is.

Or, by how well they handle money.

Or, how they stay on message.

Or, how individuals are empowered to do their jobs, without micro-management.

So, churn is what we have.

(There will not be a Monday Wake Up Call this week. Blogging will resume on Tuesday 12/12)

Jerusalem, Roy Moore, Franken, Bears Ears. Quite the week, but let’s start with this: Walmart pulls controversial t-shirt that encourages violence toward journalists: 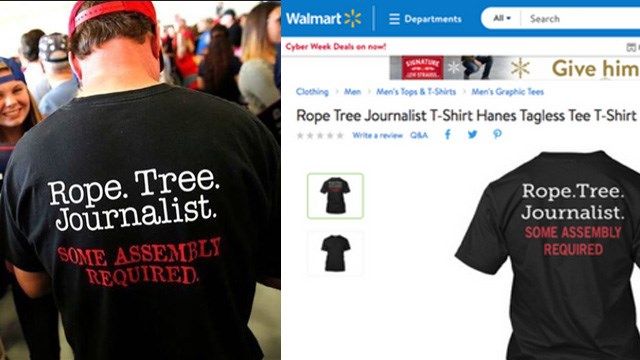 The t-shirt’s message is: “Rope. Tree. Journalist. SOME ASSEMBLY REQUIRED”. Walmart has now pulled it from its website. The shirt was also sold in the online store of a company called Teespring, who was the third-party seller for Walmart. The shirt was circulating well before that, though, as Jezebel found a tweet referencing the shirt from April of 2009.

Teespring allows users to design their own t-shirts and other merchandise. They sold a shirt with the words “Black women are trash”, and one that said “Eat Sleep Rape Repeat”. Wrongo fears that there will be no recovery from our slide to the lower reaches of hell.

Trump gave the Middle East a sign. Now he wrongly expects peace will break out: 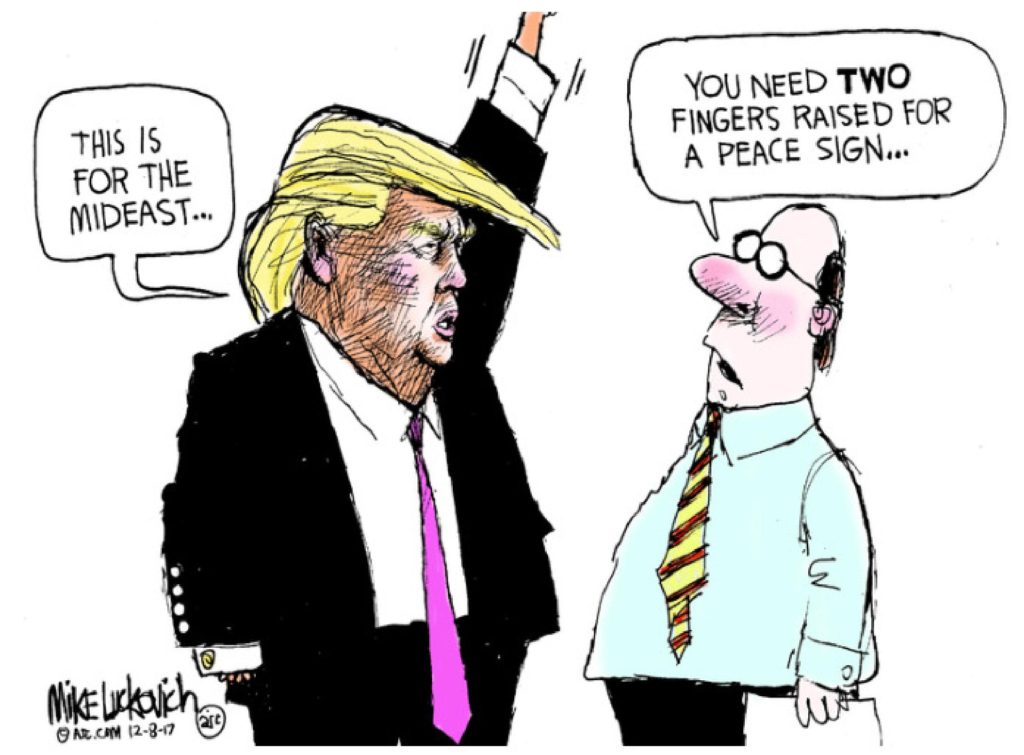 Trump has success getting the world to change the subject: 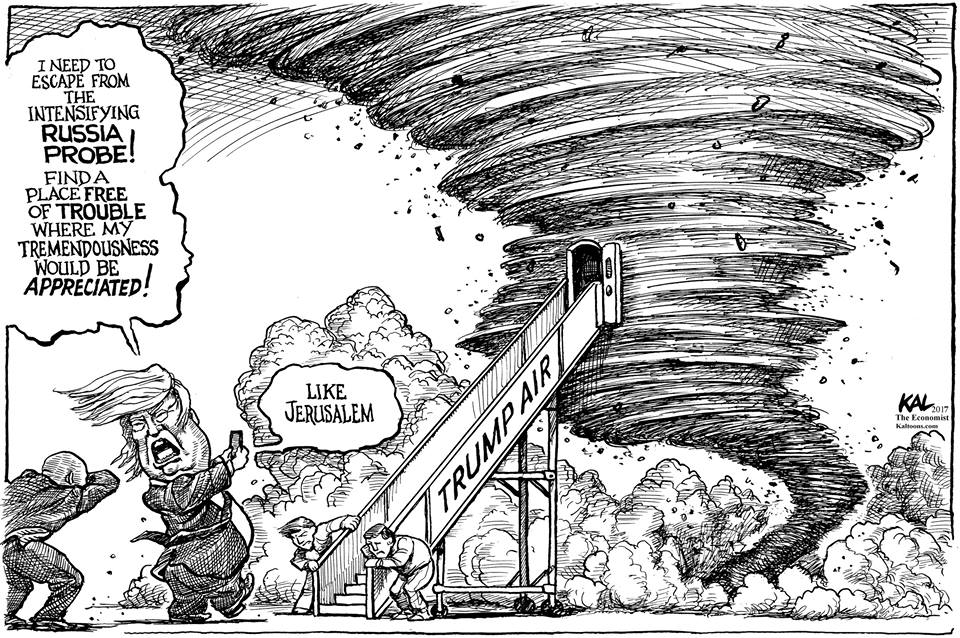 Franken’s out. In with the new (giant) asshole: 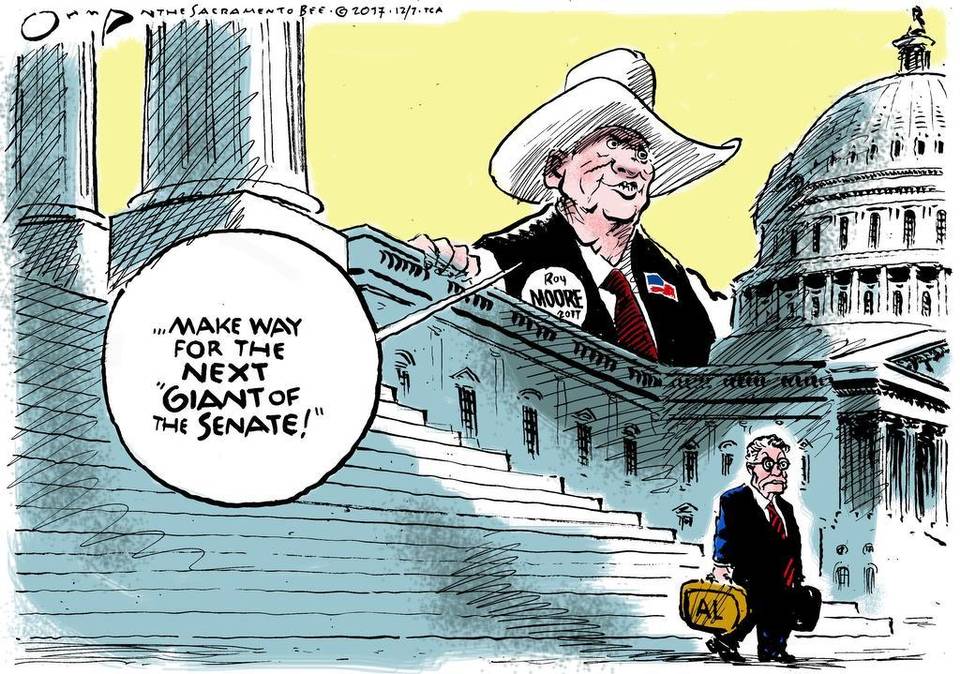 The logical outcome of the religious freedom argument: 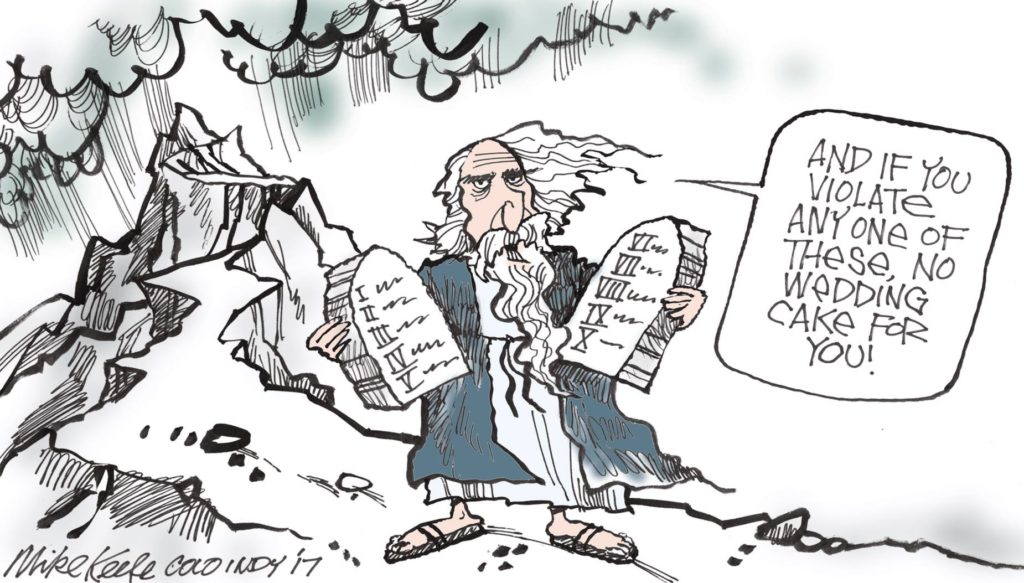 Waiting for the trickle down is like waiting for Godot: 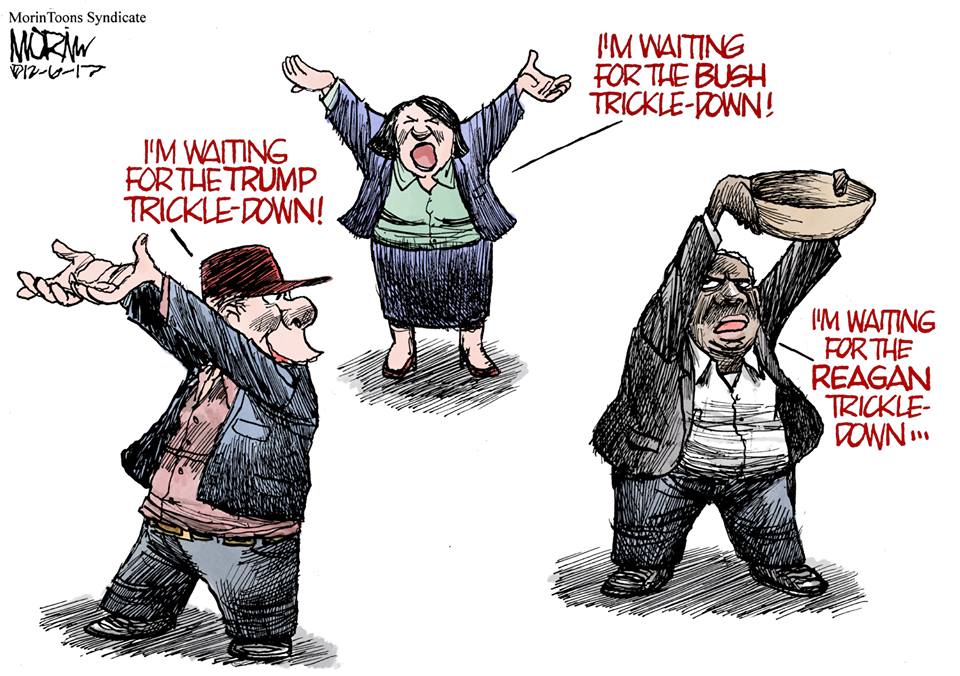