This week, Sen. Elizabeth Warren (D-MA) tore her Republican colleagues a new one in the pages of the Boston Globe:

For seven years, through artificial debt ceiling crises, deliberate government shutdowns, and intentional confirmation blockades, Senate Republicans have acted as though the election and reelection of Obama relieved them of any responsibility to do their jobs. Senate Republicans embraced the idea that government shouldn’t work at all unless it works only for themselves and their friends. The campaigns of Donald Trump and Ted Cruz are the next logical outgrowth of the same attitude — if you can’t get what you want, just ignore the obligations of governing, then divert attention and responsibility by wallowing in a toxic stew of attacks on Muslims, women, Latinos, and each other.

If Senate Republicans don’t like being forced to pick between a bullet and poison, then here’s some advice: Stand up to extremists in the Senate bent on sabotaging our government whenever things don’t go their way.

Warren’s anger is righteous anger, it is well directed and well-spoken. But, politicians who make it in our political system are those who hide most of their anger (righteous or not) under a veneer of unctuous civility. She chooses to give as good as she gets from the frat boys in the GOP. Maybe, after another 4 or 8 years of federal failure, that kind of anger will resonate with the American electorate.

Cartoons this week reflected the general coarsening of our society and politics. The bathroom habits of certain minorities made news in North Carolina. Apparently, they should pee in Virginia: 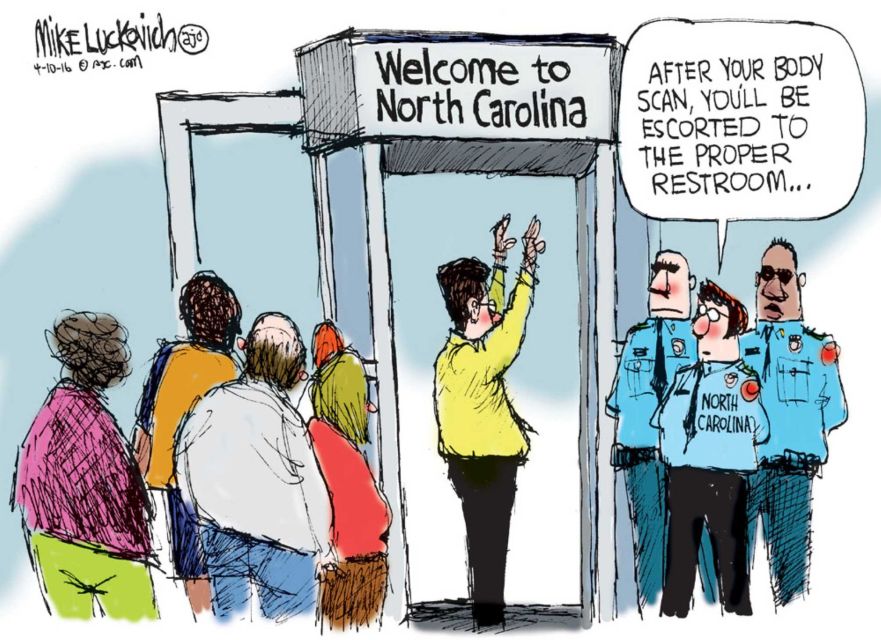 The NY Dem primary will be fought out on the sidewalks of NY: 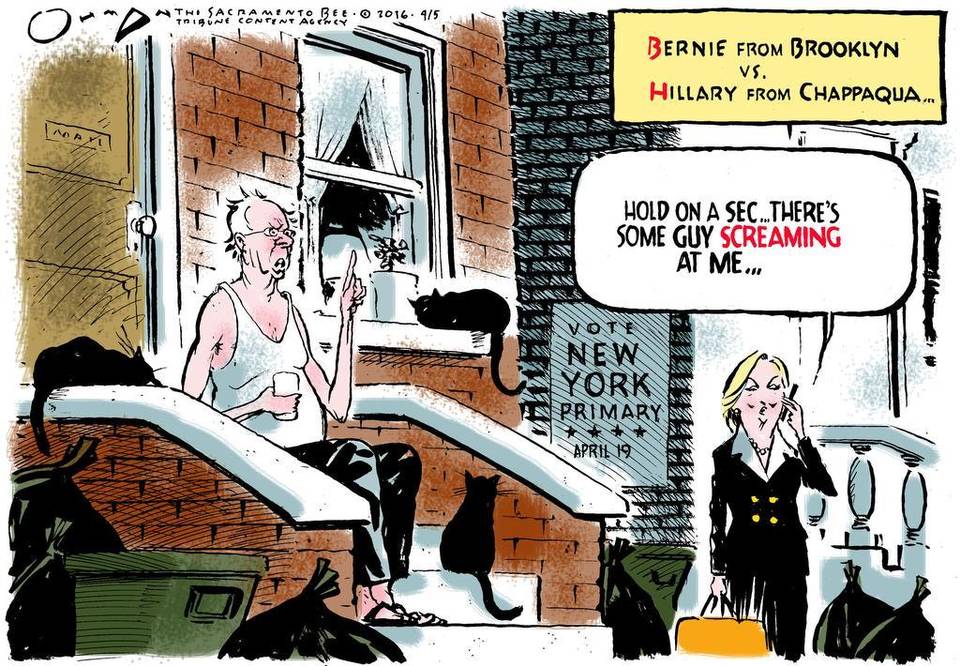 The NY primaries have both parties looking for some room: 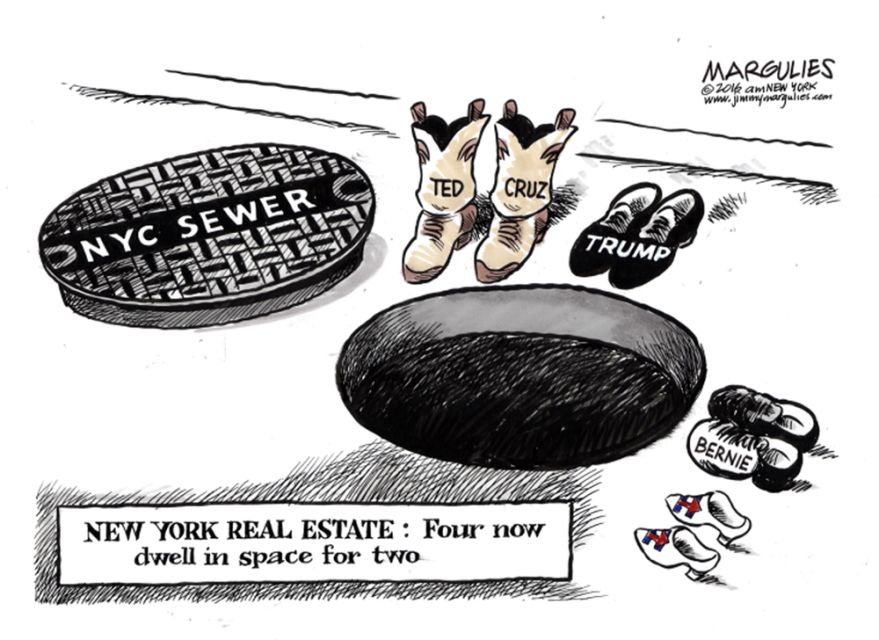 The Panama Papers tell us once again that we live in two Americas: 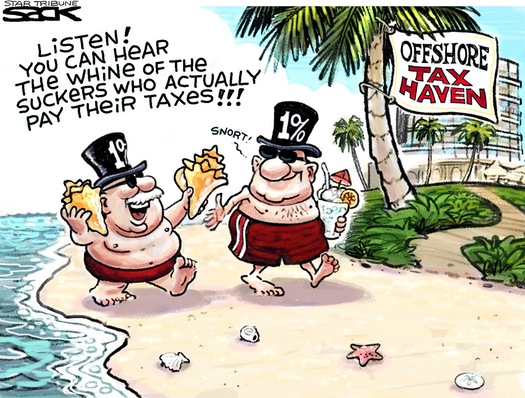 Of course, Tax Day this week is mostly for the little people: 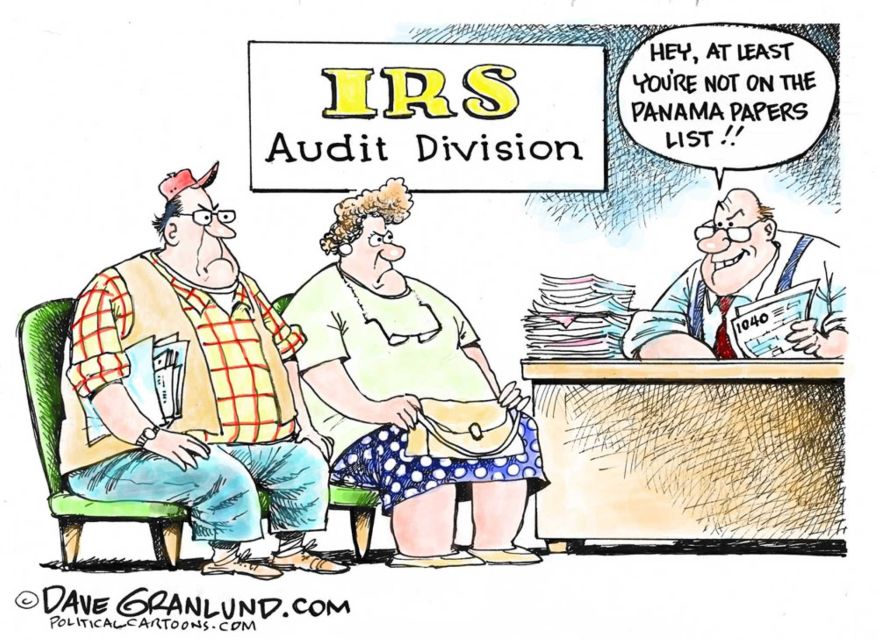