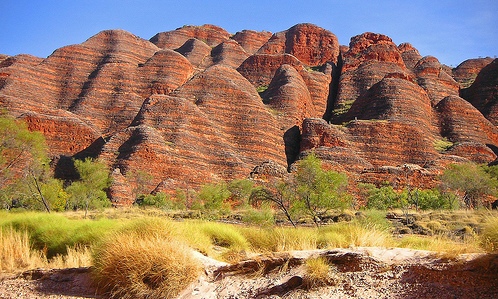 Lost in the news this week was the discovery of the body of missing Iowa college student, Mollie Tibbetts. An undocumented immigrant, Cristhian Rivera guided police to her body, and he is now being held for her murder.

And the much-publicized search for yet another white co-ed comes to a tragic end.

But for Donald Trump, it was a beginning. Trump and other conservatives quickly cited Rivera, who worked on a farm owned by a prominent Republican family, as proof of the flawed immigration system and lax border security the president has long warned about. Here’s Trump on CNN:

You heard about today with the illegal alien coming in very sadly from Mexico. And you saw what happened to that incredible beautiful young woman. Should have never happened. Illegally in our country…We’ve had a huge impact but the laws are so bad, the immigration laws are such a disgrace. We’re getting it changed but we have to get more Republicans.

Angry that a broken immigration system allowed a predator like this to live in our community.

Fox News led with the story. After all, why would they voluntarily be talking about Manafort and Cohen?

A side note, Rivera’s employer, Yarrabee Farms, a company that operates dairy farms in Iowa, said that Rivera had been an employee in good standing for four years. They said initially that they had checked his immigrant status with the Fed’s eVerify system. Use of the eVerify system is not mandatory. In fact, the White House dropped its call for mandatory E-Verify in February when trying to reach a DACA deal.

Later, Yarrabee admitted that they hadn’t used eVerify, but had used another verification system. The company is owned by the family of Craig Lang, a prominent Republican who previously served as president of the Iowa Farm Bureau.

We should note that many undocumented workers are hired – often knowingly – by employers, particularly in agriculture. And typically the employers suffer few consequences when ICE raids, and takes their illegal employees away.

Trump and the GOP will try to turn this into a “Willie Horton” moment in the mid-term elections. Willie Horton was serving a life sentence for murder, but was released by Massachusetts for weekend furlough. He never returned, and committed rape, assault and armed robbery before being recaptured. This happened on the watch of Democratic governor, Michael Dukakis. The GOP then used the Horton case very successfully against Dukakis, who lost the presidential election in 1988.

And the Mollie Tibbetts murder is another example of Republicans using fear to scare the electorate. Facts never seem to matter, here are a few: (emphasis by Wrongo)

The CDC analyzed the murders of women in 18 states from 2003 to 2014, finding a total of 10,018 deaths. Of those, 55% were intimate partner violence-related, meaning they occurred at the hands of a former or current partner or the partner’s family or friends. In 93% of those cases, the culprit was a current or former romantic partner. The report also bucks the strangers-in-dark-alleys narrative common to televised crime dramas: Strangers perpetrated just 16% of all female homicides, fewer than acquaintances and just slightly more than parents.

If you say none of that matters to Mollie Tibbetts, or her family, you would be wrong. Sam Lucas, a cousin of Mollie’s, tweeted a response to Candace Owens, a representative of a right-wing student organization:

Hey I’m a member of Mollie’s family and we are not so fucking small-minded that we generalize a whole population based on some bad individuals….stop using my cousin’s death as political propaganda…. https://t.co/xxZNBF0Uv9

Our hearts should break for Mollie and her family. But why then, is the GOP dragging out the old Horton playbook to whip up racism? Trump wouldn’t have made any mention about her murder if it had involved one of the many white men who rape and murder women (of any race) in our country, every day.

This is an entire political party dedicated to promulgating fear of the “other”, and a huge swath of the media are dedicated to blasting it out to their audience of (apparently) timid white people.

Their strategy is: Find one bad apple and then say no one should eat applesauce.