Someone once said that if the Republican Party was a refrigerator, it would say its job was to let ice melt.

Apparently Ben Carson was offered the job as head of Housing and Urban Development (HUD). This is a cabinet-level appointment. Carson had initially turned down a cabinet appointment at Health & Human Services (HHS) because, (according to his staff) he was unqualified. But he’s changed his mind: (brackets by the Wrongologist)

Ben Carson has demonstrated the ability to do two things at a world-class level: perform surgical operations, and run [several] lucrative scams. By his own admission, he is patently unqualified to run a federal agency. Nonetheless, he is apparently on the verge of accepting a job as secretary of Housing and Urban Development…

History tells us that HUD has had just one use in Republican administrations. The agency’s program structure lends itself to profiteering. HUD works closely with private developers to build affordable housing. Without careful oversight, the agency can easily become a slush fund to distribute sweetheart contracts to the administration’s buddies.

Samuel Pierce, Ronald Reagan’s HUD secretary, did just that. Reagan’s HUD regularly handed out loans and grants on the basis of political contacts. Ultimately, some Reagan-era HUD officials were convicted, including three assistant secretaries, for such crimes as accepting illegal loans, obstructing justice, and illegal gratuities.

George W. Bush’s housing secretary, Alphonso Jackson, resigned in 2008 after a series of scandals, including sweetheart deals and inflated salaries for his friends. He instructed his staff to steer contracts to Bush supporters. Jackson was investigated by HUD’s inspector general, the Department of Justice and the FBI, none of which resulted in a conviction.

Since Trump says that he will continue running his real estate empire in office, a loyalist like Carson, someone with no experience in government, but who has relevant experience in bilking, will oversee an agency whose mission lends itself to corruption.

One of the reasons to appoint Carson is because HUD will likely cease its anti-segregation and anti-discrimination activities as soon as the Trumpets assume control. He is on record supporting ending that mission. This from the WSJ:

Under the Obama administration, the department has beefed up enforcement of fair-housing regulations to combat zoning policies that result in segregation, threatening the loss of millions of dollars in federal funding to municipalities that don’t comply. Mr. Carson sharply criticized those policies as “mandated social-engineering schemes” that repeated a pattern of “failed socialist experiments in this country,” in a 2015 op-ed published in The Washington Times.

If there is a bright side to Ben Carson running HUD, it is that he’s not running HHS with the second largest share of the federal budget. Imagine him saying: “I’m a physician. Med school taught me everything there is to know about health care.”

It’s time to wake up America! The writing is on the wall, Trump’s cabinet hires are terrible, and we have to pressure him to do better than Ben Carson.

You can go to social media and complain directly to your Orange Overlord at: #therealDonaldTrump.

To help you wake up, listen to the Crystals from 1962 singing “Uptown”. Phil Spector originally recorded the song with Little Eva, the 19 year-old babysitter to Carole King and Gerry Goffin. The end result didn’t meet Spector’s standards, so he produced it a second time with the Crystals. Here is “Uptown”:

But then he comes uptown
Each evenin’ to my tenement
Uptown where folks don’t have
To pay much rent
And when he’s there with me
He can see that he’s everything
Then he’s tall, he don’t crawl
He’s a king

Another interesting week. Here at the Mansion of Wrong, most leaves are on the ground, except for the Oak trees. Squirrels are very busy with this year’s bumper crop of acorns. In politics, Jeb and Ben looked, but couldn’t find any acorns. Mr. Obama said “Yes” to troops in Syria and “No” to the Keystone pipeline.

Not a great week for Republican candidates. Jeb can’t escape the family legacy: 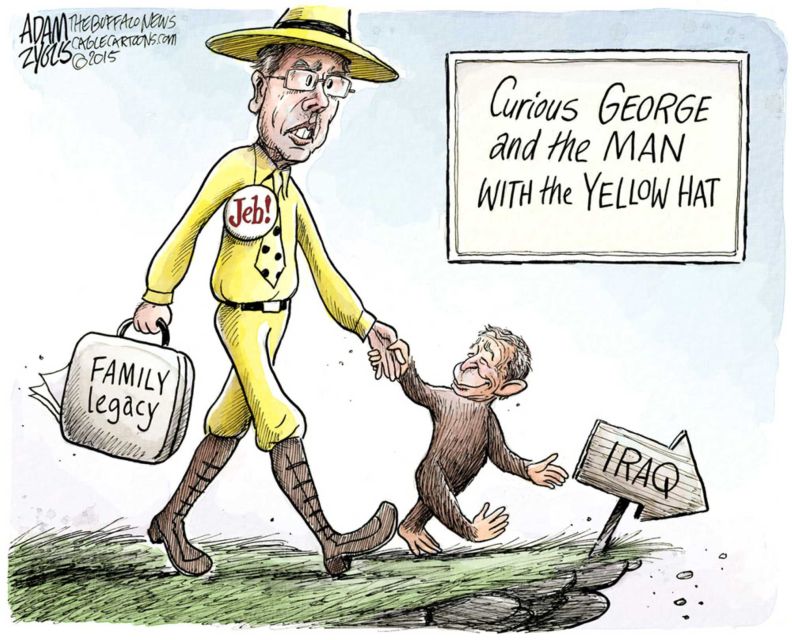 Dr. Carson fumbled science, including why we have Pyramids: 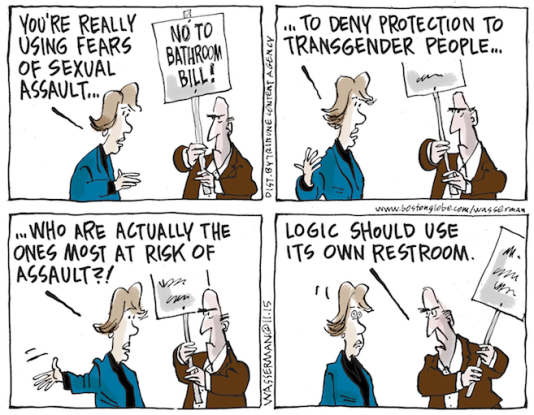 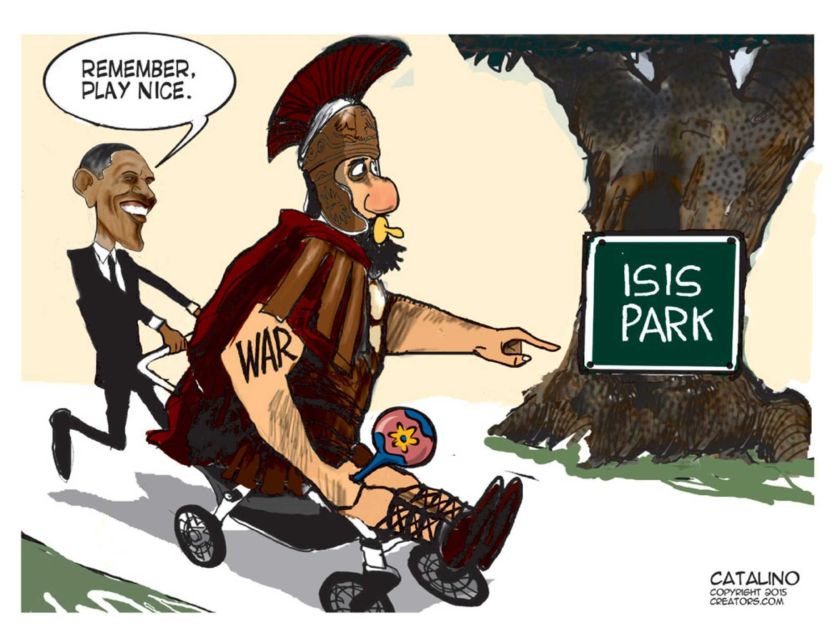 But, we have no “boots on the ground”: 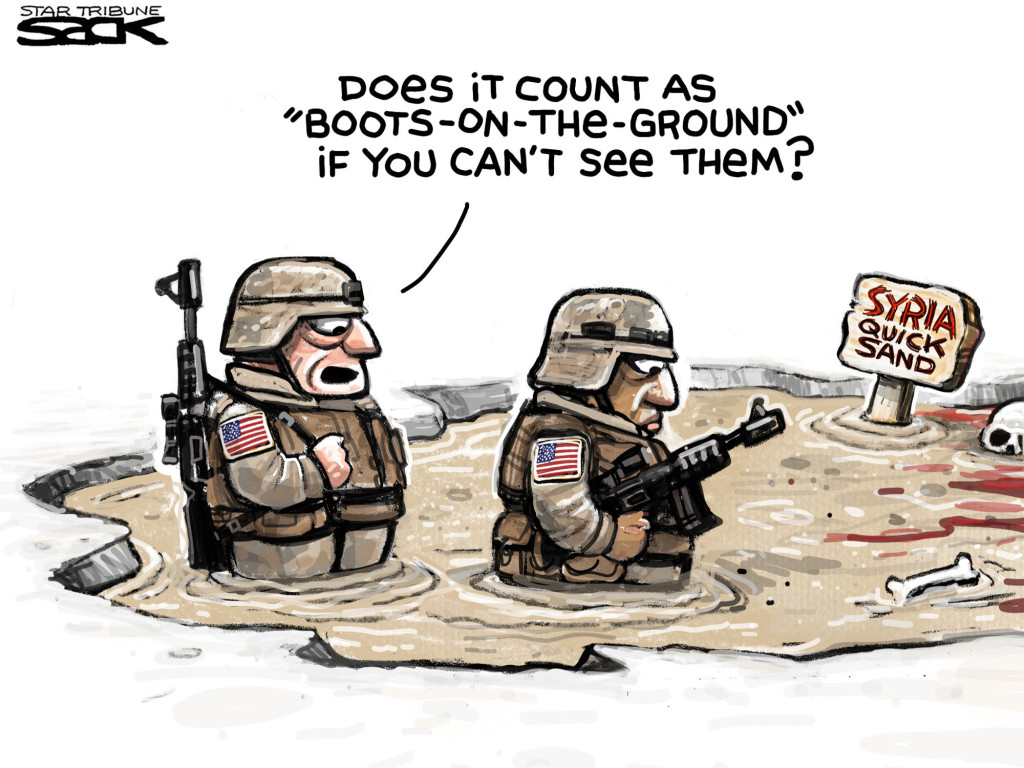 A study revealed that middle-aged whites are dying more quickly in the US: 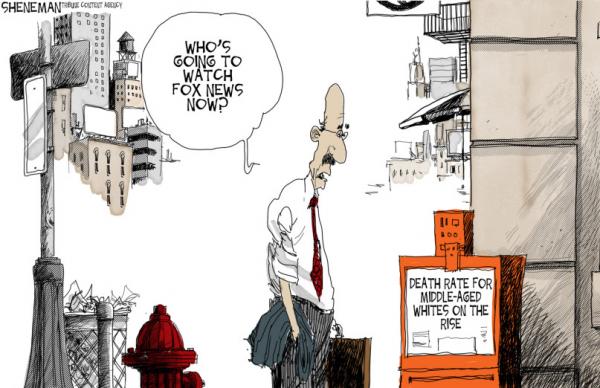 Birthright Citizenship, or the common law concept of jus soli, is back in the news. This time, brought back by Donald Trump. One of his proposals is to stop automatically giving citizenship to most people born on US soil unless their parents are US citizens. Denying people Birthright Citizenship rights is something America hasn’t done since the days of slavery. The Republican concern is that too many illegal immigrants have a child in the US who is automatically an American citizen, and therefore, has the right to vote.

Most Republicans think, just like Rep. Steve King (R-IA), that Hispanics perpetrate a scheme to get a foothold in the country by coming here and having a child. King calls them “anchor babies”. In fact, the Republican plan would visit the sins of the parents on the children, assuming the children were born in the US.

And Trump isn’t alone. A large group of GOP candidates believe we should end Birthright Citizenship:

• Scott Walker has the same view
• Ohio Gov. John Kasich, during his run for governor in 2010 said that he supported ending Birthright Citizenship
• KY Sen. Rand Paul has pushed for a Constitutional amendment ending it
• NJ Gov. Chris Christie has said the issue needs to be re-examined
• Former PA Sen. Rick Santorum has also stated his support for altering the 14th Amendment

We need to end birthright citizenship for illegal immigrants.

Wrongo’s favorite thing is that Bobby Jindal supports ending Birthright Citizenship, even though neither of his parents were US citizens when he was born.

SC Sen. Lindsey Graham, called for a change in the Constitution, because he believes immigrants will simply “drop and leave” their kids in this country. Just like Steve King!

The GOP’s target is the 14th Amendment, which grants everyone born in the US the right of citizenship. The Supreme Court’s ruling in the Dred Scott case declared that blacks, even the daughters and sons of freed slaves, were not US citizens. But, 11 years later, in 1868, the US ratified the 14th Amendment to the Constitution, making Birthright Citizenship a right. The first sentence reads:

The Court later ruled in 1898, that a child born in the US to non-citizens was a citizen under the law. So the short version of today’s GOP pitch on eliminating birthright citizenship is:

We must enforce the immigration laws by violating the Constitution.

This means that a solid chunk of the Republican presidential field says that, while they revere the Constitution, they have little issue with distorting it, ignoring it, or shredding it in order to fit their political and ideological motives.

The 14th amendment and birthright citizenship rank among the great and defining accomplishments of the Republican Party, back when it was the Party of Lincoln.

Yet today’s Republican Party wants to purge their historic accomplishment from the Constitution. The problem with this Republican immigration proposal is that it’s at core explicitly nativist, racist, and xenophobic. The Republican’s clear objective is to stave off the growing political power of Latino voters in the service of one particular political party.

Luckily, Constitutional amendments are very difficult to enact, and while this attempt is likely to fail, it could potentially send Latino voting through the roof.

If you had any doubt about the current crop of Republicans being a mutant version of the party, consider Ben Carson’s viewpoint on immigration:

Why not land mines? The only piece of common ground the current Republican Party has with the Party of Lincoln or Eisenhower is its name.

In fact, that should change. In 2015, we should call it the “New Republican Party,” since it fails to honor Lincoln’s, or even Eisenhower’s memory.