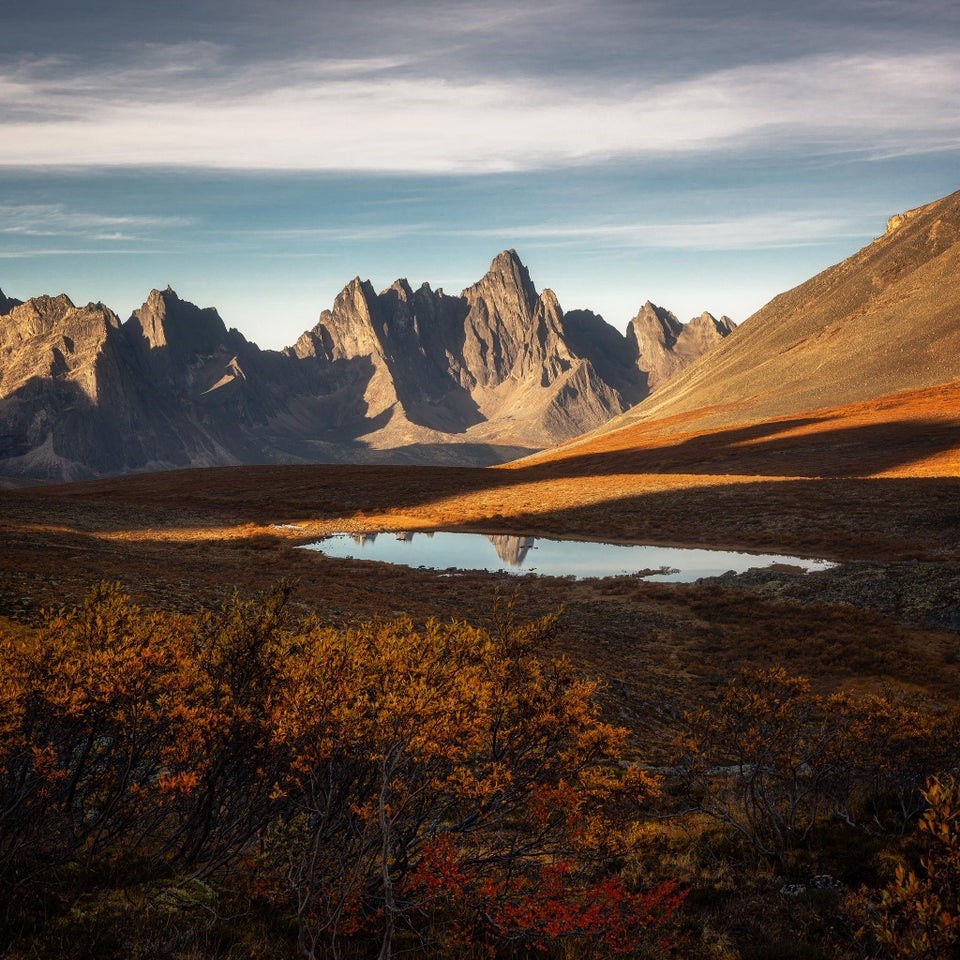 A few days ago, Wrongo heard someone say that we should be careful what we wished for from Trump. He was talking about Trump’s lack of leadership regarding the pandemic. His thought was that the last thing people should want was Trump in full command, and attempting a vigorous response. We’re already failing, and that wouldn’t make it better.

OTOH, it’s been terrible to learn how ill-prepared we are, and how passive-aggressive the administration has been about doing more. It’s past time to accept the excuse that these people are well-intended but awful managers. Take this bit of news from the WaPo:

“On Feb. 5, with fewer than a dozen confirmed novel coronavirus cases in the United States but tens of thousands around the globe, a shouting match broke out in the White House Situation Room between Health and Human Services Secretary Alex Azar and an Office of Management and Budget official….Azar had asked OMB that morning for $2 billion to buy respirator masks and other supplies for a depleted federal stockpile of emergency medical equipment…”

Several weeks later, the request was cut to $500 million. Now, there’s $16 billion in the stimulus bill for the strategic stockpile, but that’s at least six weeks too late. The government has been overwhelmed by urgent requests for masks, respirators, gloves and gowns since the first US case of Covid-19 was confirmed. But on February 7th, Secretary of State Pompeo announced that we were sending:

“…nearly 17.8 tons of donated medical supplies to the Chinese people, including masks, gowns, gauze, respirators, and other vital materials.”

Yes, this was after there were already 12 confirmed cases in the US, and after the HHS request for $2 billion to buy the same things was denied.

Then there’s Trump’s strategy, “better be nice to me if you want any medical gear”. More from the WaPo:

“Anecdotally, there are wide differences….Democratic-leaning Massachusetts, which has had a serious outbreak in Boston, has received 17% of the protective gear it requested….Maine requested a half-million N95 specialized protective masks and received 25,558 — about 5% of what it sought. The shipment delivered to Colorado — 49,000 N95 masks, 115,000 surgical masks and other supplies — would be “enough for only one full day of statewide operations…”

But, when Trump’s guy is in charge, as in Florida, it’s a different story: (emphasis by Wrongo)

“Florida has been an exception in its dealings with the stockpile: The state submitted a request on March 11 for 430,000 surgical masks, 180,000 N95 respirators, 82,000 face shields and 238,000 gloves, among other supplies — and received a shipment with everything three days later…It received an identical shipment on March 23, according to the division, and is awaiting a third.”

So, three times what they asked for, while California, with Trump nemesis Democratic Governor Newsom in charge, actually got worse than nothing. KRON-TV in San Diego reports that Los Angeles received 170 broken ventilators from the national stockpile. Surely, a simple clerical error.

Trump is actually doing what he’s been saying: “I am sending aid to states that like me, and withholding aid from states that don’t like me.” That’s Trump’s re-election strategy: Support the states he needs to win for an Electoral College victory.

Reward your friends, punish your enemies. Is that the kind of leadership America needs?

You know leadership when you see it. Sadly, even the UK’s Prime Minister Bozo Boris Johnson shows more leadership than America’s Bozo. After Johnson’s terrible start fighting the Coronavirus, one that rivaled Trump’s, things have turned around. There is consistent messaging: The government has adopted the slogan “Save lives”, “Protect the NHS” [the national health system], and “Stay home”. Simple and clear, something the entire country can rally around.

In the US? No message is simple, or clear. Most messages are conflicting or simply unworkable, like Trump’s suggestion of issuing an executive order quarantining the states of NY, NJ and CT, an unconstitutional and unenforceable idea. How about THAT for leadership.

Trump’s plan for re-election is: “If you aren’t dead, I saved you. Show some appreciation. I take no responsibility for those whose governors failed to save you“. Favoring those states he may need in 2020 is outrageous and criminal.

Two audio-visual aids today for your Monday Wake Up. First, a staggering animated chart showing the growth in Coronavirus cases world-wide during March, with a particular focus on the US:

Keep an eye for USA (in blue) – see how Trump triggered a nationwide spike after ignoring early warnings.#CoronaUpdate pic.twitter.com/nMwbq5T1lj 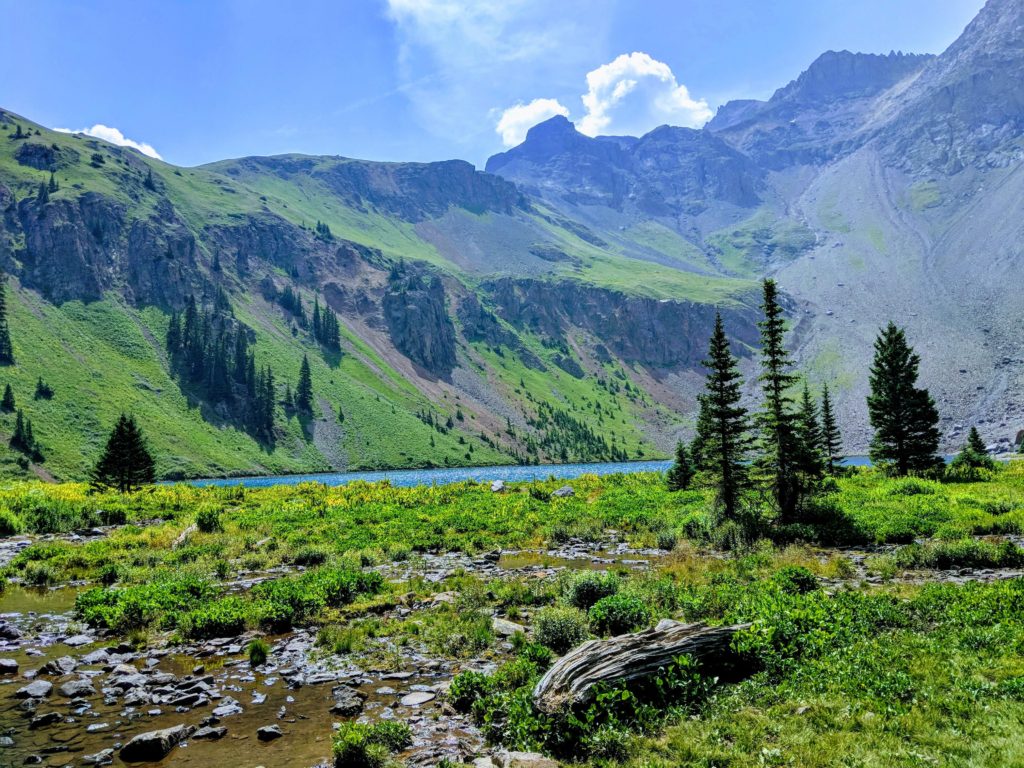 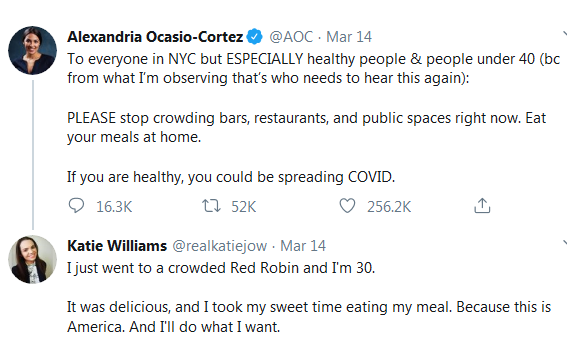